@my_happy_place, when I started this thread, I had just gotten a badge, and it seemed so gratuitous and useless.

But as has been explained to me, badges are bits of . . . what do they call it? Metadata? that help Viki community members know something about each other in the absence of body language and tone of voice.

And when community members start segmenting and subbing, badges help identify who is qualified to do what without messing up the foundation of Viki’s appeal to users and subscribers, namely being able to understand why Eoni is in such a snit, why Hiro-kun is so happy, why Nai Nai is scolding her grandchilren, etc.

The humor and good fellowship of this thread derives from the weird dance that the Viki money makers have to do in order to keep users and subscribers happy so they use the product yet keep from cluttering bandwidth with gratuitous complaints. There is another weird dance they do trying to keep subbers and segmenters on their non-payroll.

Last year, I believe, I posted a message to the discussion board that REALLY hogged bandwidth about how the value of segmenters’ and subbers’ work far exceeds the multi-billion-dollar net worth of Rakuten VIKI’s CEO.

Take into account talent, interest, education, experience, time contributed to various projects. Multiply number of segmenters/subbers by monetary value of learning processes, gaining exerience, exercising sertmenting/subbing muscle. There is no way Viki as it is now constituted could provide an useful income stream to Rakuten if segmenters and subbers were paid what they are worth on the open market.

Trying to come up with badges that are really meaningful and appealing has made this thread a sort of free-for-all that does seem to spawn interesting segues.

Segue? Isn’t that a small town northwest of Seoul?

The silliest, to me, bit of interference by Viki algorithms, human admins, or whatever, is limiting the number of likes any community member can give any other member.

Like-farming, just dumping likes on a topic, can, in certain contexts on certain websites, give prominence to discussions that are not worth the prominence at all. I understand how impossible it would be for any human or group of humans to “sensitively” monitor all the threads and “Helmoi-smack” people who act like they were, as the saying goes, raised in a barn.

I started this thread, but @ninjas_with_onions and @kdrama2020ali have become the chief common sense seekers and freedom fighters when it comes to badges and why and how they are awarded.

I don’t see this thread as frivolous. If I can only get Monopoly money for putting in twelve hours a day doing a job worth $300,000 to $600,000 a year . . . can I at least get the denominations and board tokens that would mean something to me as the recipient? 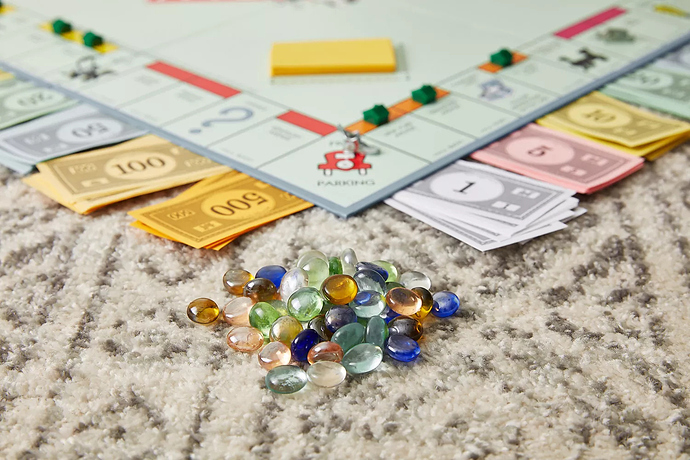 And lest anyone repeat that Onion-sama and Hottie-mama are not segmenters/subbers, they ought to be. Their skills and interests and backgrounds and all that other stuff show they have a lot of ability and a lot of common sense.

Another saying I grew up with was, “You ain’t got the sense that God gave a goose!” Well, these two have at least that much sense. Whether or not they have geese is a question for another time.

I posted a message to the discussion board that REALLY hogged bandwidth about how the value of segmenters’ and subbers’ work far exceeds the multi-billion-dollar net worth of Rakuten VIKI’s CEO.

Just this evening, I actually happened to read the post you are referring to. I know that the more I learn of the subtitling process, the more I am amazed. I have spent most of my adult life being regretful that I never continued studying a second language past the few years that were required as part of high school and college, because I would love to be able to volunteer my time (of which I have plenty) to helping make this content available.

As far as heart jail, I’ve been a part of my share of forums, and I don’t recall that being a thing in any others, but I accept that ‘them’s the rules’ (as my grandma used to say). Nevertheless, I’ll also probably continue to poke fun at the perceived need for such a thing and cry about having to spend time in that cold, cold dungeon where hearts are not allowed.

That would put you in a cell next to the (certain people take note) Original Hottie.

The advantage of Viki not paying volunteers (though the month’s top three volunteers get around ten dollars, I believe… and everyone gets QC gifts at the years end) is that it’s easier for people to learn. Because no one is getting paid, it’s easier to join, train and work. I probably would never have been able to volunteer if this was a paid thing.

Of course, there are also a huge set of disadvantages I don’t want to discuss right now

This thread is a work of art

if anyone messes it up, no badges

How can we just get more badges, I’m also curious

Let’s help the jailed and guilty

As a result @my_happy_place, appropriately aliased, has spun her magic 🪄

on her first posted topic. Segue Cafe - meet up with friends to chat about whatever strikes your fancy

We must not forget that there is a war of hearts raging, and every heart counts . . .

I got a mental image of you and your primary nemesis in full empress regalia in a boxing ring, . . . 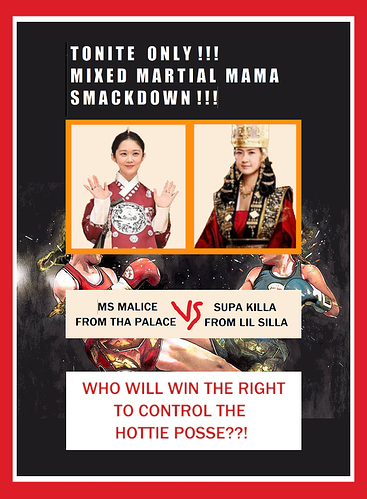 (created by @misswillowinlove with GIMP, images from Soompi and Fine Art Prints)

Excuse me, I was never here to fight

She can have her entire Hottie Posse; I have my select few ahjussis who keep me company.

Though I wouldn’t mind a mixed martial arts smackdown. Someone please ask Lee Joon Gi to teach me and I’ll do all the fighting you want!

And I’d also LOVE some empress regalia!
Give me AOL’s Demon Princess’s outfit, though… there’s more kicking room… and that super cool whip 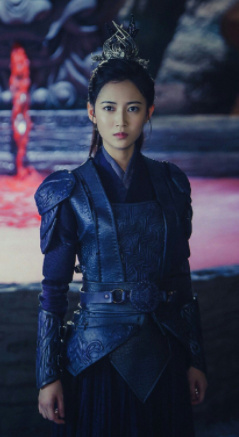 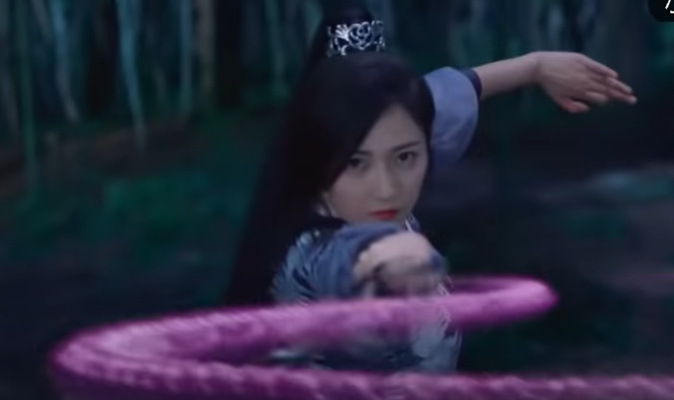 On a side note, Chinese costumes are so much prettier than Korean ones… probably because they were richer?

Yep, the ancient Chinese dynasties were apparently swimming in bling. I think it’s The Legend of Fu Yao that has a couple of episodes devoted to some prince’s storehouse of rare and supposedly magical objects obtained no matter what they cost. All the really devoted Taoists has a few tucked away.

But the crowns made of intricate gold flowers–whoa, baby! And the silk brocades! And the palace grounds that go on forever . . .

The paintings (and photos of the last royal family of China) show that those folks were not into minimalist color blocking.

She can have her entire Hottie Posse

Did HOTTIE POSSE get thrown under the bus or Hit by the White Truck of Doom! Did I miss Something! @misswillowinlove

Me and Hottie Posse are OK!

@ninjas_with_onions and @kdrama2020ali have become the chief common sense seekers and freedom fighters when it comes to badges and why and how they are awarded.

I will continue the FIGHT! 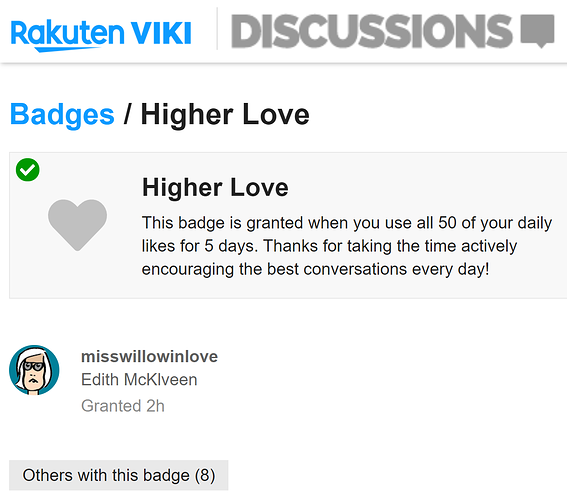 Aww, it was worth the pain and suffering.

I am putting in my order now with the fried chicken joint to have meals delivered to the Gangnam police station when I am next in heart jail. 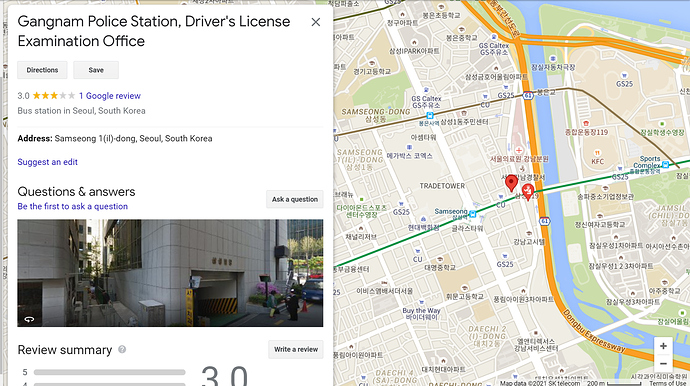 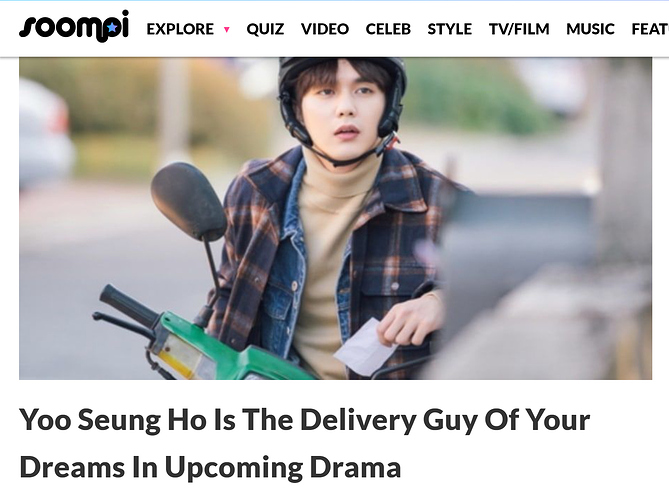 And while I am eating my snax in the holding cell, I’ll remember to share. 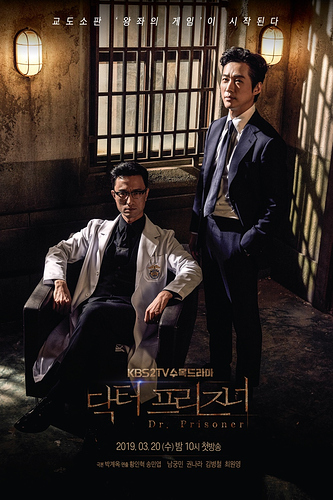 It’ll be a fine incarceration, don’t you think? 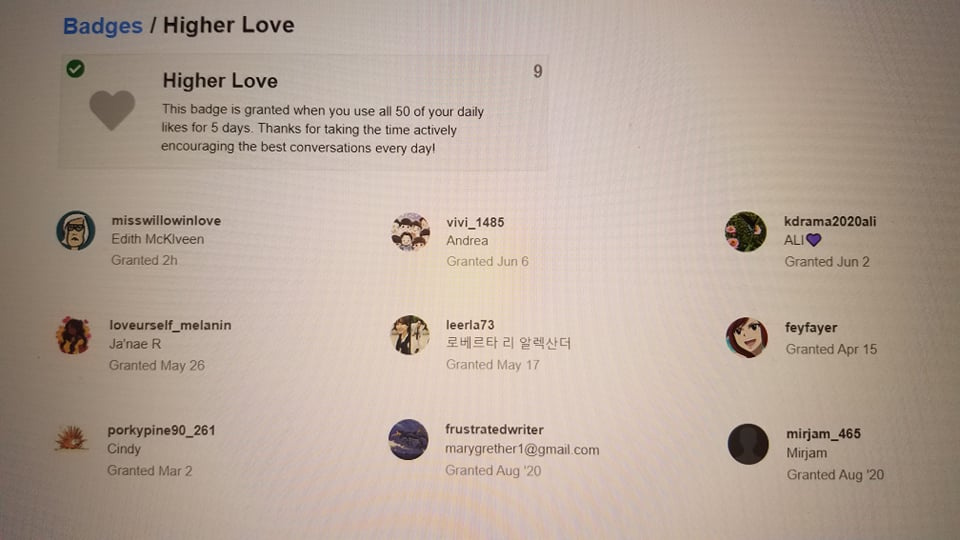 Welcome to Higher LOVE!!!
The STARS above…

I think somebody was throwing some shade.

Sounds as if there is an alternate Hottie Posse gathering strength somewhere?

And somebody talking about Chinese demon princesses and getting out magic whips?

I gotta get me some magic Taoist snax somewhere and settle in for the show, because I’m thinking there will be some dragons and phoenixes flying around sooner or later!

OH OH OH I can throw some SHADE!

I think the Hotties with BBF are lining up on your side, Glasshoppa . . .

This is the post, except the gif is now a pic for you to see.

I’m thinking there’s something going on on the site. Hopefully it’s not a bug. 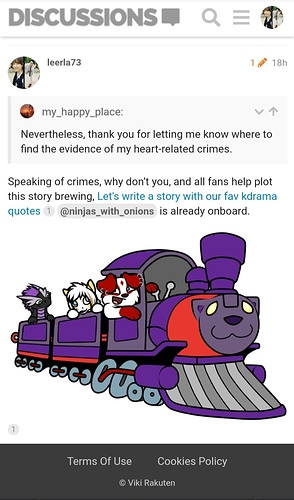 Dare I say it,

Yoda has graced us in the flesh, he kinda got rid of the length of his ears. I guess those are only used in space

has also acclamated for his change of environment.

He still likes wearing robes though. . .

This whole thread is such a chaotic mess