These are the ones I like the most. Some older ones like the ones from the SNES or PS1 I don’t remember the name

On my computer I like to play Point and Click Adventures, because that is as much as my computer can handle

Sadly I couldn’t play the Life is Strange Series myself, since my hardware does not cooperate, but it is such beautiful gameplay with so many possibilities. I really enjoyed watching Lets plays of it.

lol
Actually, I was of the opinion that I already wrote something about it

I think that’s it

Right now I’m playing through the Bioshock series. It’s based on this old computer game called System Shock, if anyone has heard if it.

I played many games especially rpg and mining simualtors. For example, lsit with many of them I use on play and earn Cryptocurrencies enable players to collect and trade in virtual assets, which they can exchange and trade across anywhere in the world. Hence, it offers the gaming industry a safe and easy medium to make money.

Apex legends; Valorant and etc. During play apex legends follow some rules. You are always in a squad of 3 players - if there are fewer than 3 of you playing, you’ll be matchmade with strangers.Apex Legends has a fantastic Ping system - so if you’re not a fan of voice chat, you can communicate entirely by pings instead.
You can mute squadmates, too - head to the second tab of your inventory in-game, and go to that player’s name where there’s an option to mute (you’re welcome). Some other guides look at

Kids nowadays play only Live Service type of games that have an introductory price and many, many in-game associated costs. And the greedy companies that make them continue to add even more fees throughout the game’s lifespan; hence, we have the disgusting term Live Service… It lives and thrives on people’s wallets.

It’s why I stopped playing video games. I have better things to do with my time anyway, like making inane comments such as this one.

games i like is call of duty and i think i has 7 days to die but i never passed one day lol and final fantasy XIV i used to play it all the time first i first got my free subcription but now i stuck not able to renew it until hopfully i work and get money to renew it sad why good games require you to pay moneyyyyy cry also i love the assasian creed games i used has the second one ,untiy ,black flag and odessy best games everrrrr

I already like many of the counted games here and I think many agree on all time heroes like Pokemon, Zelda, Mario games and so on anyways!

Games beside that which I would count to my favorites, would recommend to everyone and I think aren’t mentioned yet are:

And in wistful remembrance I would also mention World of Warcraft…

For those who don’t know the game a fun fact: They even implemented Pokemon with little unique pets since 2014 with special events, dungeons and own online fights.

I attach to my collection
Horizon 1and now 2 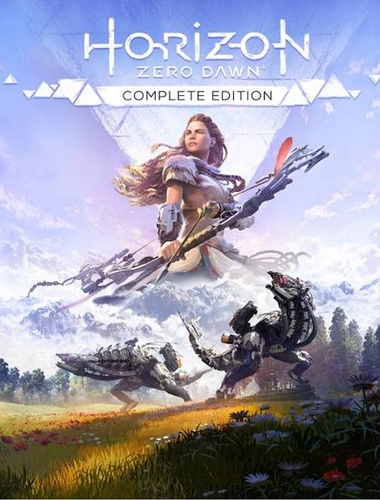 Good games. Well, I only played the 1st one, but it was quite the adventure. From what I’ve read and seen, the sequel definitely lives up to its hype.

The makers didn’t promise too much, it’s always worth @adrianmorales playing again.