I have also a question, is there an oldfashioned term for “playboy”?

I read it once in a fantasy story with swordsmen and I had to think about today’s PLAYBOY magazine.

Maybe dangler in English?
Or Lebenskünstler but the best I found was “connoisseur of the art of living”?

I am curious too, I guess it’s about a historical drama?

It was a fantasy drama with swordsmen and some magic aspects and in one scene the English line was like: He is such a playboy.

So I chose Charmeur for the German version because in that context it was not about hunting girls to get them into bed but more in a way that he is quite nice and kind to people (no matter of the gender) to get what he want. You could call him a Süßholzraspler but I liked Charmeur more since it includes the way the character is and it is oldfashioned enough for a fantasy drama in my opinion.

Lebenskünstler does not fit for the character because it has a different nuance, more about surviving and making the best of a situation instead of being kind to others to get personal advantages. 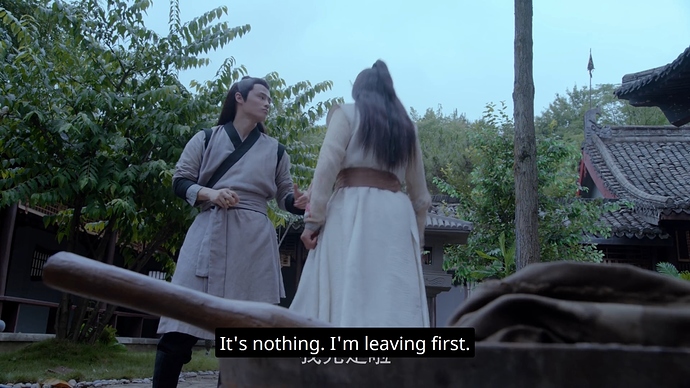 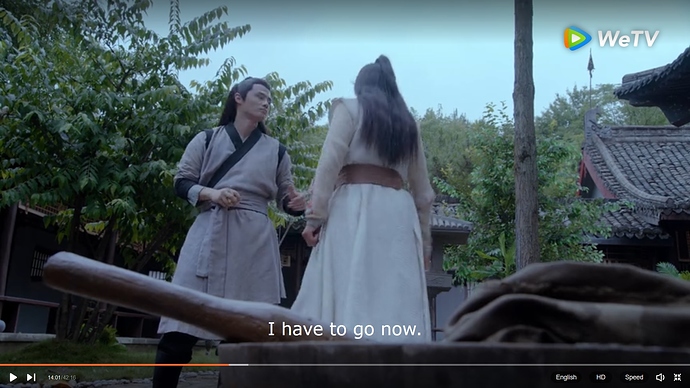 Here you see VIKI’s wording vs official wording (the “nothing” sentence of official subs was a second earlier: Nothing.)

Double negation really should be avoided because it confuses the reader. However, directly removing the double negation here would give a different meaning to the sentence (I can do anything).

I think that sentence could be written in a more intuitive way such as “I have to do something”, “I can’t just sit and watch”, or “I can’t just let it happen”. There is a plethora of different expressions which could be used, depending on the context.

But personally I don’t mind the example so much. It doesn’t “poke my eyes”.

Btw, this is a very useful site if people haven’t heard of it before

Thesaurus.com is the world’s leading online source for synonyms, antonyms, and more.

Really, we live in an age where we are only one google search away from the right answers and some seem to be too lazy to even find them (referring to the ie. people who wrote playboy in a historical drama).

Hi! Jumping in as a professional translator, if I may

I agree with a lot of what’s been said above. I have spent years watching dramas on Viki, and I’ve always kind of ignored those kind of issues in the translations because I know what goes on behind the scenes (I volunteer here and there, when I can) and I know most of the seggers/subbers/editors here aren’t professionals.

The eternal translating issue of foreignizing vs. domesticating translation is never going to go away, but going into one extreme or another is a tricky path to go on.
The source language shouldn’t be translated in such a “faithful” way that the end result in the target language becomes nearly impossible to understand.

We need to keep in mind that we’re not necessarily translating for someone who wants to learn the source language by watching shows – even though that’s commendable, and undoubtedly where a lot of my Korean skills come from. I’d argue a lot of the audience on Viki are casual drama lovers, and they don’t necessarily want to worry about what a sentence means or wonder why something is worded weirdly (eg. “I’m going” and all the other examples cited above).
I’ve watched a couple dramas on Viki with family or friends, and I’ve repeatedly seen them have problems understanding what the subtitles were saying because they weren’t familiar with Korean at all and the translation was too literal – they got confused because of grammar or wording (and yes, I’m including relationship terms such as 형, 언니 and the like in that category – which, in my opinion, should not be included in subtitles). Of course, it’s never to the point that they won’t follow what’s happening in the episode, but those small instances of “wait what” bring you back to reality and you’re just not “in the show” anymore, which is a shame.

Subtitles are meant to let a wide audience enjoy content made in a foreign language, but the brain shouldn’t be struggling to follow what’s being said because of them. They should be invisible to the viewer’s eyes: if you don’t notice you’re reading subtitles while watching a movie or a tv show, then the subtitles are probably good.
Editors really are our biggest strength when translators are being too literal, and their task is never easy, because going from something too literal to something more correct yet still faithful is a never ending challenge… But that’s also where all the fun is

@ [elikalia] The best part to me is the one you hid below, and I stand corrected: editors here are not professional translators but what I really meant was that they are educated enough and have degrees so they can tell when the sentence doesn’t sound right because the translation at some point was/is wrong like I explained with the example above.

Some more on subtitling

Somehow I’ve been writing this reply for too long and I don’t know if I’m on topic anymore, so I’m hiding this. I do hope I didn’t go off topic before this hidden part!
I wanted to talk more about some subtitling stuff, but I’ll keep it short (If anyone’s interested, we can also take it elsewhere)
A few years ago, I didn’t really mind or even see some of what I’m gonna mention next, so I know why people aren’t that bothered by it. But I’m academically trained now, and that left me with habits that I can’t shake. Sometime I do feel like we’d gain a lot from trying to use some guidelines that exist in the subtitling world, but it’s also complicated because they vary from one country to another. (French people really love their subtitling norms, but that’s a story for another time haha)

So in short, (very) basic subtitling norms that – from what I’ve seen here – aren’t known to most :

This deserves mention that really proves you are a professional translator. Thank you.
The source language shouldn’t be translated in such a “faithful” way that the end result in the target language becomes nearly impossible to understand.

For modern settings for sure, for fantasy and historical it depends. Just because someone went to university or has a profession doesn’t mean the person knows the necessary wording for a specific setting.

That also counts for subbers. If someone never read any or many fantasy or historical novels the person won’t be able to know terms that are suitable for these surroundings.

@sonmachinima
I like how you stopped my quote/unquote, so you can give me your one track mind reply. I can’t argue about a language I don’t know.

so they can tell when the sentence doesn’t sound right because the translation at some point was/is wrong like I explained with the example above.

I may add what @ [elikalia] added in her thread.

Hi! Jumping in as a professional translator, if I may

The source language shouldn’t be translated in such a “faithful” way that the end result in the target language becomes nearly impossible to understand.

I think our focus is bit different. I understand that you mainly talk about common English terms/grammar while I’m talking also about certain surroundings and for me that is also important and often an issue when I compare VIKI subs with professional subs or synced versions elsewhere.

If you mean the SHIFT written examples I did not read it because capslock is exhausting for me to read.