To My Asian Sisters and Brothers

In regards to what has been happening in the United States, and maybe other countries, I just wanted to express solidarity and support to all my Asian sisters and brothers. Though it may not be of comfort, I am with you, I am for you, and I will be vigilant in advocating for you in any opportunity I get in my everyday life.

I agree! just don’t understanmd some people. the whys and wherefores.

Here is a bit of good news. Hopefully kindness will always prevail.

A GoFundMe page for Hyun Jung Grant raised more than $2.7 million, one of several efforts for families of victims of the March 16 rampage in Atlanta.

An update on the Park brothers. 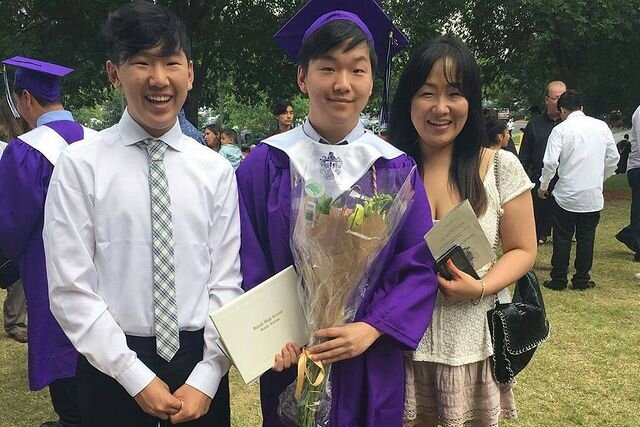 ‘She Died Working for Us’: Sons of Atlanta Victim Struggle to Move Forward

Randy and Eric Park’s mother was among eight people killed in the spa shootings. They have been largely left to navigate the world by themselves.

They are trying to say the Atlanta case was targeted mainly to Asian girls only, but he killed other women working in the spa, from different nationalities. The guy was a psycho, and porn addicted, sexual deviant individual, that was turned down from going into this Spa bc he was requesting sex at this spas, and as a revenge he decided to kill as many employees of the spa as he could. He had a long list of Spas that he was going to go and kill more women, but thankfully he was stopped before he could continue his killing.

I analyzed the videos that shows these attack in subways station and the streets on NY, and I realized that they fall victims of this mentally unstable ppl bc Asian people here in NY city especially, don’t look at ANYONE, they always walk straight and with a stern serious face that is working against them, so I advise my sweet asian girl’s from the nail salon to look back, look to the sides, cross the street if they see a person ‘‘talking’’ to themselves etc; NEVER pass them by bc I never do it, is dangerous and too risky…

We have a lot of sick ppl out in the streets bc of covid so you have to be on guard, and not walk without been aware of your surroundings. I also tell the girls to kick them in the bll if they see them coming toward them. That will give them a chance to run. This young Asian girl thank me bc she never thought about it. They are selling in my area. the taser guns and pepper spray, and other stuff for protection, and oddly enough they are not arresting anyone (Like they used too) for buying or selling these items.

No matter how many cops they have in the train stations, they need to protect themselves by being aware of their surroundings, instead of walking like zombies and not getting prepared to any attack they may encounter. This goes for any race too bc we have rapist, thief and if they see us distracted, they will take advantage of that. I already spoke to several cops of my observations and they thank me for letting them know (like they have a certain color in their shoes, that I suspect it has to do with a form of gang initiation) and the fact that they need to make Asian community aware to scan their surrounding bc this is not the time to walk without extreme caution.

I’m really upset about all this happening and thankfully I’m seeing more police activity in my area (we have a large population of Asians around my area). They love to exercise in the nearby park and I see them doing so in large group of women young and old. I pray this stop once and for all bc the criminal is getting away with too many stuff.