There are many miraculous legends surrounding Saint Nicholas, a Christian bishop from the ancient city of Myra during the height of the Roman Empire, but please allow me to share with all of you the one that is the most extraordinary:

Having heard of a pious man who had unfortunately lost his entire wealth before he could wed his three daughters, Saint Nicholas of Myra decided to extend his help before the worst could happen. You see, in those days, a young girl without any dowry was unable to marry. And if she failed to secure any employment, either, she would end up on the streets.

Saint Nicholas was not about to let that happen. But how was he, a stranger by any definition, to barge in and simply give money to the poor man without publicly embarrassing him in front of his family? We are told to help in secret for a reason.

So Saint Nicholas waited until nightfall before going to the man’s house and leaving a pouch full of gold coins without anyone noticing.
When the man saw the gold the next day, he immediately planned a wedding for his eldest daughter.

No sooner had the celebration ended than Saint Nicholas paid the man a second visit under the cover of darkness, leaving yet another pouch full of gold coins.
So overjoyed was the man upon making the discovery that he arranged for his middle daughter to be married as well.

But who was this mysterious person making such generous gifts, the man wondered.
Because his youngest daughter was still unmarried, he thought to himself that a third pouch would appear sooner or later.
So every single night, the man would wait and see if you could uncover the identity of his secret benefactor.

As sure as the day ends and night begins, Saint Nicholas once again set forth to make another donation.
When the man saw Saint Nichols, he fell to his knees and thanked him for being so kind to him and his daughters.
But Saint Nicholas simply told him not to reveal who he was or even mention his gifts.

Hence, the acts of giving freely and loving dearly have become a long-lasting tradition, forever immortalising the deeds of good old Saint Nick. Well, today you might also know him as Santa Claus. 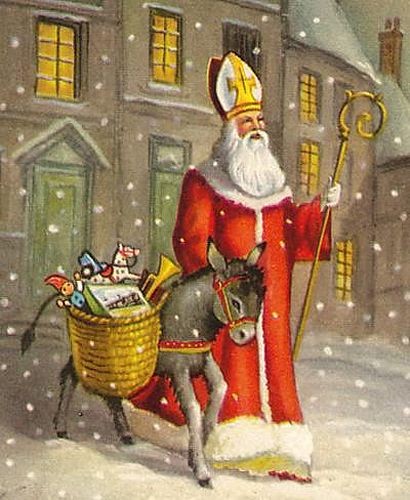 but it’s everywhere on the 6th of December. - Happy St. Nick Day! 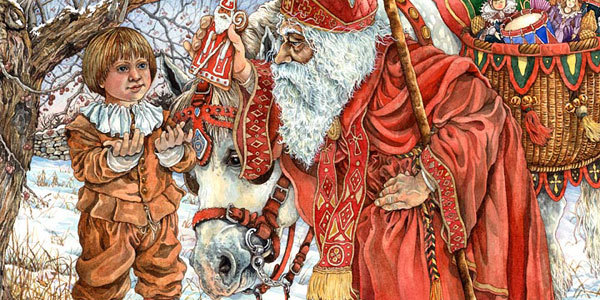 Not everywhere. Here, it’s on the 5th.

Why? What are you doing, or when and how?

Not everywhere. Here, it’s on the 5th.

It looks like Sinterklaas it’s celebrated on 2 days, the 5th the St. Nicholas Eve and the 6th is St. Nicholas Day (his birthday)

Christmas in The Netherlands / Holland on whychristmas?com

Find out how Christmas is celebrated in The Netherlands / Holland.

Such a wonderful tale/story, and I especially love the real message of love, and always sharing what we have with others. I bet the Saint Nick was someone he knew, and felt sorry for the plight of this poor father; with no light at the end of the tunnel, until the real SANTA CLAUS came out of this person’s heart, to bring good news and bounty supply for this pleading father (I bet he did a lot of praying and crying).

The Real Santa is the giver from the heart, that wants to spread his love by supplying with a gift, the gift of giving to EVERYONE all over the world. I HOPE SANTA CLAUS is very generous with you this year @adrianmorales and I hope in that big bag of gifts, he pulls out the love and companion of your life.

This man gives a good explanation of how we celebrate Saint Nicholas (aka Sinterklaas). He is Canadian, so he has a good foreigner’s view on it. He also has a lot of videos’s on urban planning, comparing the Netherlands with North America. Sounds boring, but its’s actually quite interesting.

Why? What are you doing, or when and how?

It looks like Sinterklaas it’s celebrated on 2 days, the 5th the St. Nicholas Eve and the 6th is St. Nicholas Day (his birthday)

Here, December 5 is commonly seen as his birthday and the evening before that, on the 4th, children put their shoe by the chimney or, in modern houses, the frontdoor, or wherever they think Sint and Piet might enter the house. Then the next day, there will be a present inside the shoe. I’ve read some people let their children put out the shoe more than once, between the first Saturday after Saint Martin (November 11) and December 5, but at least in my childhood it was only on the 4th.
On the day itself, in the daytime, for adults, there’s not much happening. Children celebrate at school, where Sinterklaas (and at least in the past the nowadays much debated “Zwarte Pieten”) brings them a visit and sees in his book how the kids have behaved in the past year, but adults just go to work as usual. Then in the evening of the 5th, it’s “Presents’ Evening.” For the young children, there’s the illusion that the presents come from Sinterklaas, while older children and adults may have decided in advance who buys a present for whom through a lottery. The presents often come with a poem.
And of course we enjoy the typical Sinterklaas treats. 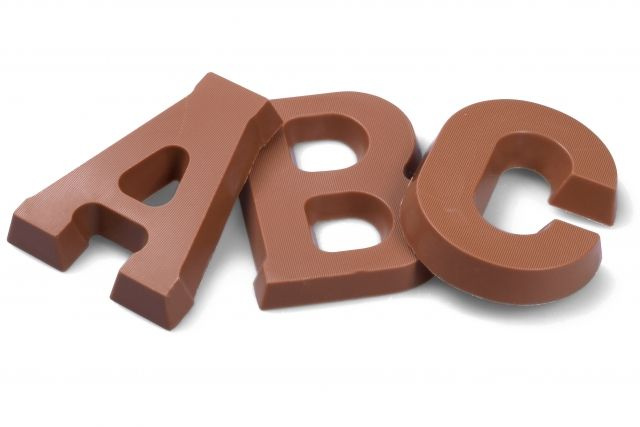 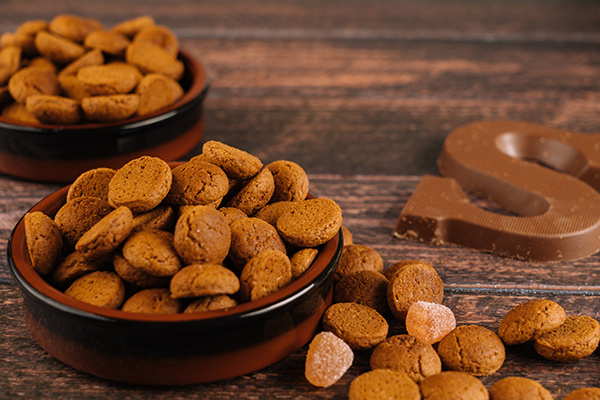 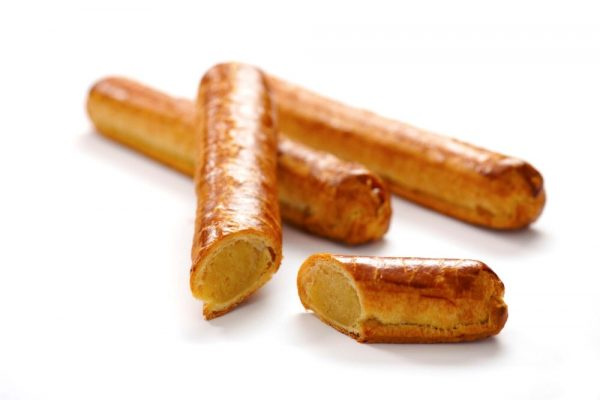 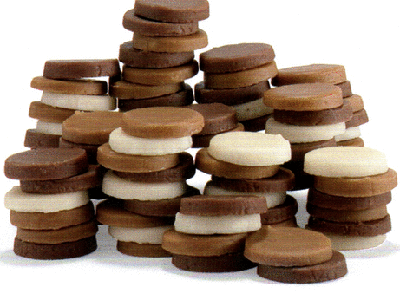 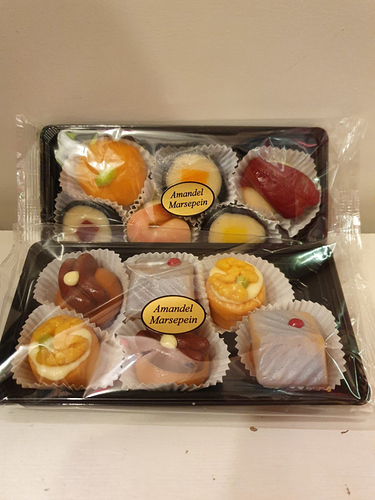 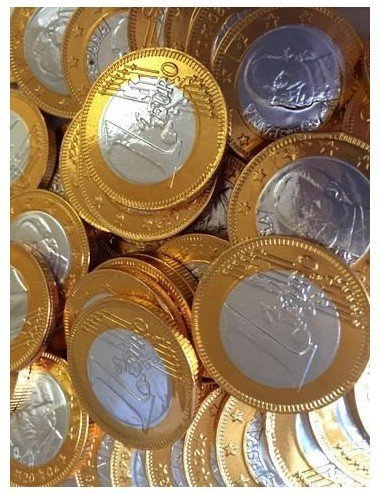 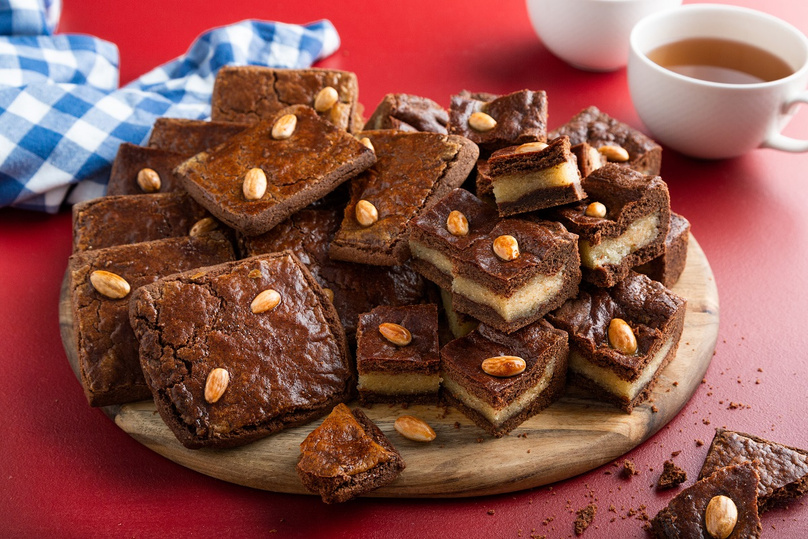 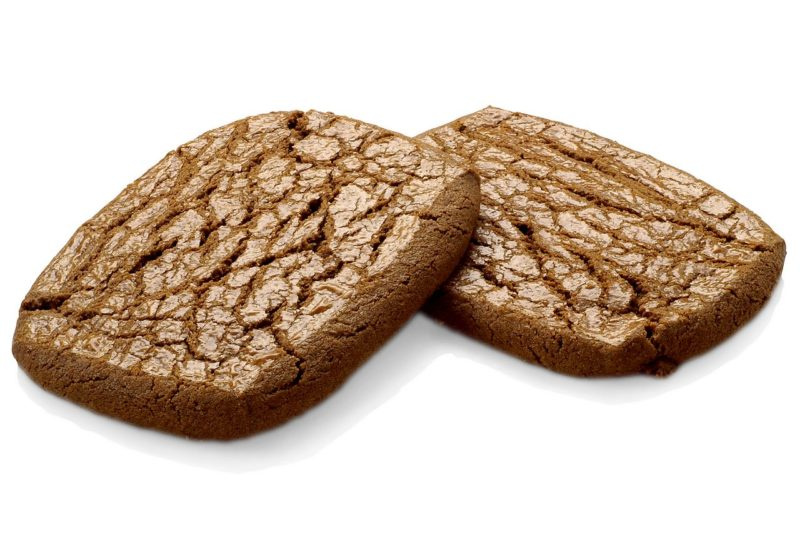 After some research I found on https://www.meertens.knaw.nl/meertensnet/wdb.php?url=/feesten/sinterklaas.html that in the past, Sinterklaas was celebrated here on the 6th, too, but that the actual celebration later switched to the evening before.

I have heard of so many stories about that fella! and all beautiful.

After some research I found on https://www.meertens.knaw.nl/meertensnet/wdb.php?url=/feesten/sinterklaas.html that in the past, Sinterklaas was celebrated here on the 6th, too, but that the actual celebration later switched to the evening before.

With us, Nikolaus also comes in the night from the 5th to the 6th (not really

), so that the boots are filled in the morning.

Forget the euros, just give me the sweets!

I HOPE SANTA CLAUS is very generous with you this year

Thank you so much, dear friend. My hope for you is that you finally get to spend time with your family.

Haha, the Euros are sweets inside there is a filling of sticky caramel, you will be busy for quite a while to get them out of your teeth. In my childhood we still had the D-Mark, and it was chocolate I liked those better, but I guess that caramel is cheaper in production and easier to make. The chocolate Marks could easily break, so when we were small we had a competition who would bring it out of the aluminum without breaking, and of course you had to be quick.

Forget the euros, just give me the sweets!

The euros are made of chocolate.

Really? I’ve never come across those. Ours are just chocolate.

Yes – so many beautiful acts of service that are tied to the original thoughts and lore of Santa Claus!

Thank you so much for sharing -

It’s so wonderful when you are young and believe in this wonderful Santa Claus that brings us toys to have fun and play with, but how sad it is, when you realize there is no Santa Claus, and all along your parents were the one who bought the toys. I was so traumatized back then. lol

Why didn’t you say so…

That’s the beauty of it. It’s not just one person. Anyone can be Santa. And that happens with each act of generosity and kindness.