I did see some actors leaving their eyes wide open out of surprise or maybe even disgust in some cases … but that was usually with a reason, I think?

Give me a clear example, please!

Most have been mentioned:
Heartstrings, end of ending episode. There is definite disgust. One would think that it were a frog that approached her, instead of Jung Jonghwa.
Heirs. The first kiss on the school terrace was a surprise and she probably didn’t even want it, she dropped her cellphone… so let’s say her reaction was somehow excusable (although she did like the guy). But the second one while hiding in his house’s closet was terrible. They are already in love, and she is not only disgusted but terrified.
You can see them both here:


“You’re Beautiful”. (Yes, that was again Park Shin Hye, the queen of worst kisses)
The Liar and his Lover. The bicycle kiss. I think it was even worse than Heartstrings, if that is ever possible. Although they do close their eyes (I don’t know if that is a good idea on a bike) otherwise it was ugh. There was also some weird contortion from the part of the male lead, in order to kiss someone seated on a bicycle behind him, and this didn’t help things.


Here are some hilarious collections:

But I’d rather concentrate on good kisses.
Another Oh Hae Young, episode 8 (end) and repeat on episode 9 (beginning). Eric was epic.


W with Lee Jeong Suk, the police station kiss.
Jealousy incarnate with Cho Jung-Seok
Anything with Yoo Seung-ho. Operation Proposal (and he was only 18 or something!!!), I Am Not a Robot…

Melting me softly. An otherwise unmemorable drama, with a very good shower kiss by the always reliable Ji Chang Wook.

Yea, they could do better, they are not kids so it’s just weird… but then that’s what the director wanted them to do.

Is there a thing in Korea where (good) women are not supposed to like being kissed? If that’s the case why have kissing scenes at all?

AHHAHA! I just remembered my first kiss! A bunch of us were over at my friends house. He pushed me into a corner of a room and kissed me. I ducked under his arms and bolted and RAN AWAY … All the way home.

AHHAHA! I just remembered my first kiss! A bunch of us were over at my friends house. He pushed me into a corner of a room and kissed me. I ducked under his arms and bolted and RAN AWAY … All the way home.

Look out the window. Do you see that Korean man walking towards your front door? That’s a famous director. He wants to cast you for his upcoming drama!

Ikr? It’s what the director wants and Koreans do have this love for these kind of tropes, but I can’t imagine that the younger generations aren’t fed up with them as well (at least, that’s what some of my Korean friends think).

They have become more rare in recent dramas and I’ve noticed that people - more the International audience - are quick to criticize a kiss if it wasn’t good enough (sometimes unjustified).

I can’t imagine that the younger generations aren’t fed up with them as well (at least, that’s what some of my Korean friends think).

The Koreans I’ve spoken to recently were more into western dramas, haha. 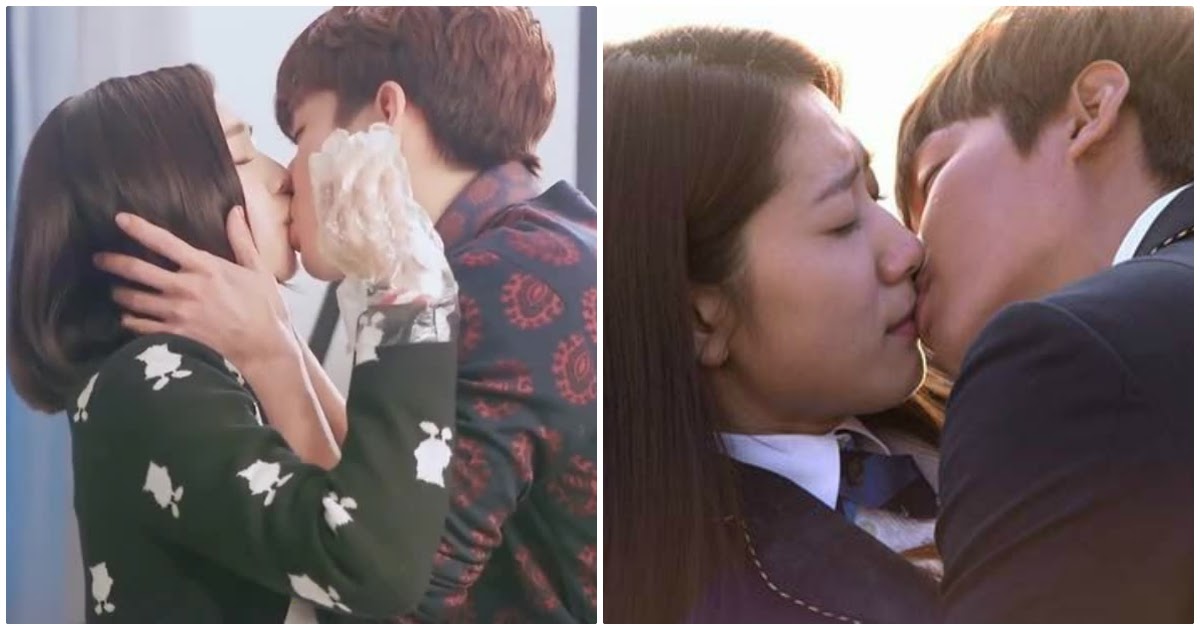 Here Are The 10 Types Of K-Drama Kisses

Here are 10 of the different types of kisses you'll see on K-Dramas.

I cringed at some of those

now y’all did some fantastic listings for kissing, and I have seen some of those weird kisses you mentioned, I am surpprised no kissing -slapping scenes? dead fish kisses, I recently watched one that had it, then she reacted and shoved him away. and whats so funny, later in the drama she grabbed him, and what a dead fish response! guess maybe they need to learn how to kiss??

@ [mirjam_465] – Seeing the first kiss in Episode 8 is par for the course. That is midway between the standard “mini-series” of 16 hour long episodes. The first kiss was always shown at midpoint of the drama ten years ago – over time the first kiss drifted earlier than midway through the series so sometimes we even see first kisses in Episode 1 (not often, but it happens).

I kind of get the surprised kiss - then slap kisses. I’d think that’s a normal response if you weren’t expecting to be kissed by someone who isn’t your partner

But some of those surprised kisses - then slap kisses also fall under the categorie dead fish kisses. I can’t think of any right at this moment, but maybe someone can think of examples

I didn’t watch that one. You have a clip?

I don’t have a clip but this is pretty much her face every time. It’s in episode 17 of the series. 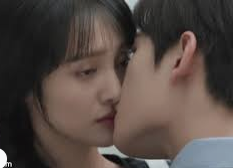 I watched it and I agree with you

Love 020 definitely and that boy works so HARD!

She always looks like - GET THIS OVER WITH NOW

Well these kisses are a bit better

Top 15 Kisses -
I agree with some of these - DARN GOOD - some are still the press kiss! CLOY & Gangnam Beauty were total press kisses but…
Love WWSK and Her Private Life and Tempted and Healer (Suspicious Partner too) Minho in Blue Sea ,W 2 Worlds, Love from the Star love love love

some are still the press kiss! CLOY & Gangnam Beauty were total press kisses

Hahaha what’s wrong with a press kiss? Those are sweet as well

. Every kiss has it’s place… just not dead fish kisses

Yep - but come on in CLOY they are grown ups! Let’s have one good kiss - I wanted a good something when he gave her the couple ring in her bedroom I mean for REALS