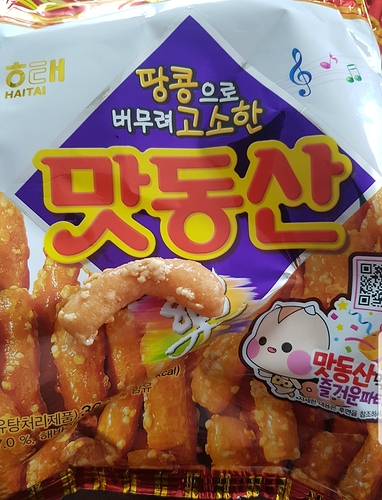 These melt in your mouth (perfect for a next binge) 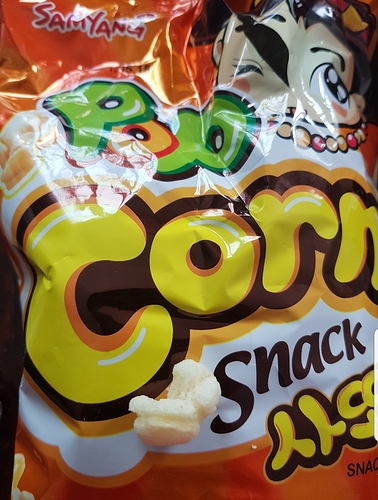 All kinds of potatoes chips!

Since the pandemic I can’t reach my Asian supermarket anymore. All I can get my hands on at my regular local supermarket now, is this: 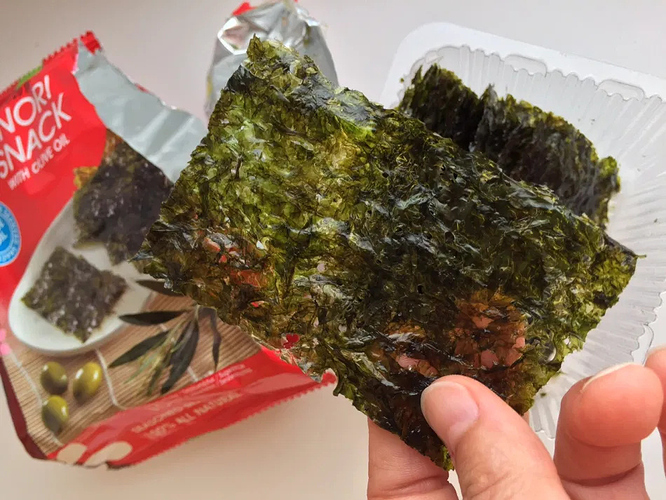 Btw, they present it as “simply Japanese”, but if you search the package, you’ll find somewhere in tiny letters: Origin: Korea.

Yeaah, I remember seeing children on Kshows eating them as a snack! They love them!

They are very tasty! Though I wish I could still get my hands on these: 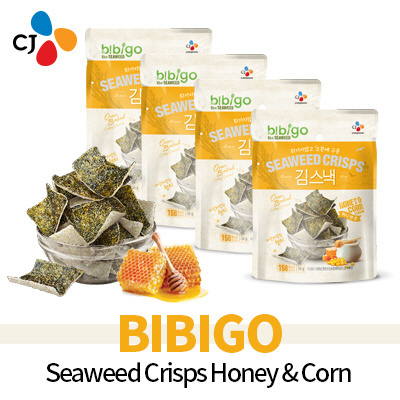 I don’t know if I have ‘guilty pleasures’ (things you shouldn’t like, but like anyways) that I can think of…

@mirjam_465 if you feel up to it, you can make those yourself too

Just in case you are craving it, but can’t find it anywhere. You can also order them online 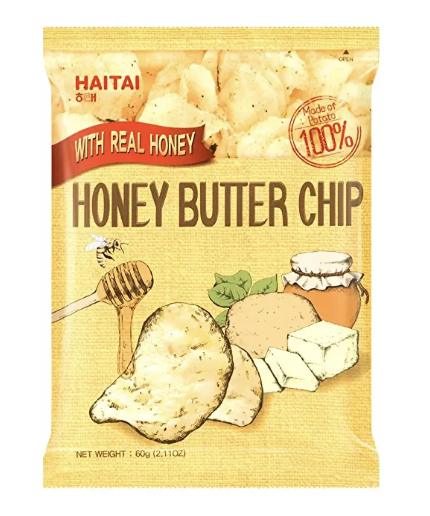 I want to taste them, but can’t find them in any market I went (K-Mart, big Asian store…).
On the Internet, out of stock or €8 for 1 bag of these chips.

Hope Haitai will consider to export these more lol

They must be really tasty!

That is what I thought!

I originally went to K-mart just for this bag of chips. When I didn’t find them, I bought other junk food.

The price is normally around €2.30 a bag

I’ve never done that either. Though I guess it might be a good idea.
Well, my Asian supermarket is in another city, so I’m not going there anytime soon anyway. I wonder if a lot will have been changed by the time I finally do …

Honey Butter Potato chips. They are available here in Hawaii at Korean and at Japanese supermarkets but they cost almost double what they do in Korea, but still 50% of what they sell for at Amazon. Trader Joe’s in the US sold its own brand in a big bag and it was way cheaper then anywhere else.
So on one trip to San Francisco, I bought a suitcase full back to Hawaii with me. I found them also at a Korean supermarket in Sydney, Australia and brought some back to Hawaii. And of course on my most recent trip to Korean in 2018, I brought several large bags back with me. (As you can tell, I eat them wherever I can find them. )
re: Toasted seaweed. One grandson (now in his 20’s) at age two would not eat a bite of anything unless it was wrapped in seaweed. When he lived for a year in the midwest United states, I had to mail a constant supply to his mother. Costco sells it both in Hawaii and in California now – and probably the other West Coast US stores. My late husband and several grandchildren still love to snack on it.

Costco in America sell more Asian products than the unique Costco in France, maybe because it’s less far away and there’s a high concentration of Asian communities, that is too bad for the Costco here. I am going to see the Asian products they sell at Costco.

I have never even heard of it! Is Costco an Asian supermarket?

and at the time I cant eat due to the diet I am on, but my druthers is ICE CREAM of course, and y;know its amazing I haven’t craved any this past 5 weeks!! ands yes I cheated a few weeks ago, I did eat regular icecream!

I love those HB chips! I had to watch my intake lol. I love any kind of seaweed snacks. Or seaweed-anything. YUM!

Costco is one of my fave mart chains. There’s also the Hmart chain. I wish Sam’s Club would stock more Asian stuff. I would love more from Japan and Korea.

Tried fish skin chips before? They are really good! My friends have been doing my bidding and supplying me with them. My sister would bring me a bag full of them whenever she flies here. Up until the pandemic

Now I am cut off “cold turkey”

Fortunately, I could get salmon skin and bake them as substitutes of those chips. Not quite the same but good enough. 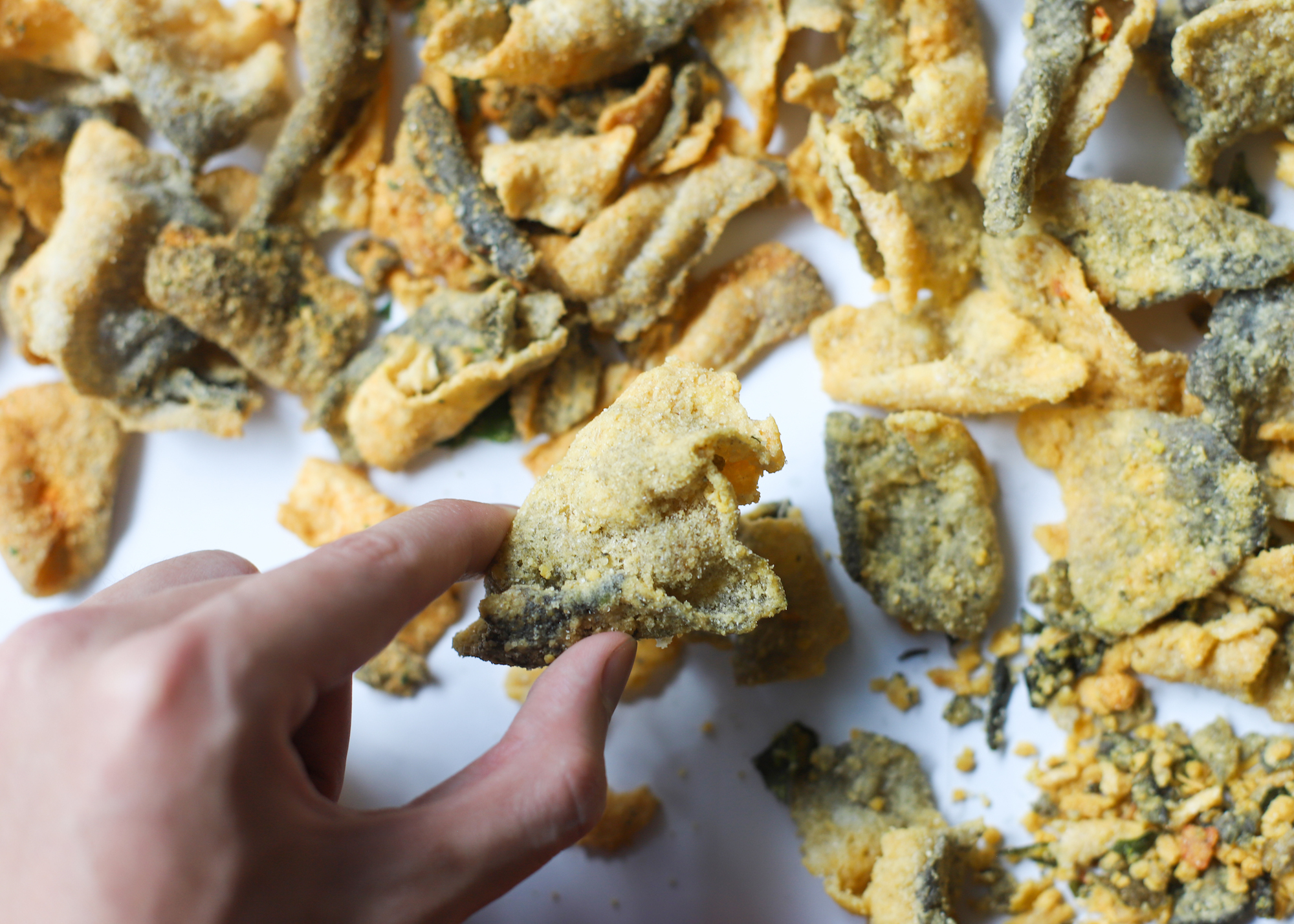 The salted egg craze doesn't seem to be going away, and we're okay with that. Here are our top picks of salted egg yolk fish skin.

I have never even heard of it! Is Costco an Asian supermarket?

@mirjam_465, @jadecloud88
Costco is an American department store chain. They have opened stores in many parts of the world including Australia, Korea, Japan, etc. In the US, Costco is called a “big box retailer”. This means the store sells large quantity of items. For example, if you buy ground beef there, you may have to buy 2 kg at once. Or if you want canned soup, you might need to buy 8 or 12 cans all at once. The smallest quantity of eggs you can buy there are 18. They sell furniture, cars, and everything imaginable including Cartier watches, $70,000 diamond rings and designer bags for 1/2 price to trash bags and toilet paper. Even though there are several Costco stores in Korea, various Korean friends who visit the US still love to go shopping at the US stores because they can even buy a Samsung or LG (major Korean manufacturers) television in the US cheaper than in Korea to take home as a gift for mom! Because the major source of profit for Costco is the annual membership fee ($55 US), prices are kept very low. Considering all Costco stores worldwide, the stores which have the highest gross earnings are the Costco store in Gangnam, Korea and the one I shop at in Honolulu, Hawaii! The largest store in the chain is the one in Gangnam. I can even buy the most popular brand of kim chi flown from Korea in Hawaii or lamb chops flown from Australia or Perrier mineral water flown from France or giant crab legs flown from Alaska. One of the super popular brands of Korean red ginseng health tonic is sold at Costco in Hawaii cheaper than the exact same product at the headquarters store in Korea. You can buy SK II, the famous skin product from Japan at about 60% of the retail price.
It’s a fun place to shop because there are always new products available at incredible prices and pre-Covid 19, you could have lunch eating samples in the grocery department 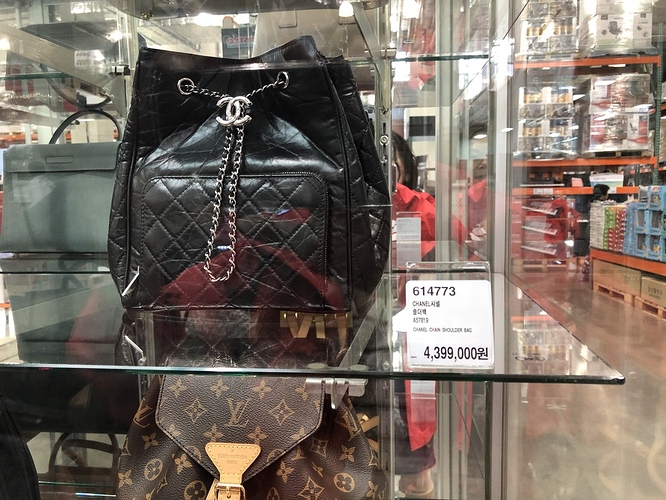 UNADJUSTEDNONRAW_thumb_35f1.jpg1024×768 263 KB
.
When Costco initially opened in Korea, small retail stores were deathly afraid they would go out of business. The National Assembly passed a law that large department stores (such as Costco) could not open on Sundays. The Supreme Court of Korea ruled the law was unconstitutional. Want a Louis Vuitton or Chanel bag or a pineapple flown from Hawaii? (Picture taken in October, 2018, by me at Gangnam store). Go to Costco in Korea! It’s where I buy the toasted seaweed snack many of you like! Super cheap.
jadecloud88 2020-09-18 11:37:23 UTC #18

The largest store in the chain is the one in Gangnam.

Wow! Is it? I really have to go check it out one day. I had no idea Costco’s also in SK.
And I haven’t been to the one in your neck of the wood as well. I will, one day soon. Especially for these reasons you’ve stated.

One of the super popular brands of Korean red ginseng health tonic is sold at Costco in Hawaii cheaper than the exact same product at the headquarters store in Korea. You can buy SK II, the famous skin product from Japan at about 60% of the retail price.

Addendum on snacks. You can buy the crispy fish skin snacks at Costco in Hawaii too!

I love guacamole, it’s kind of tedious to make but I make them like every other week.