I was watching Black Mirrors on Nx and on 1 ep, they had interactive possibilities for the viewer to participate in the story development

If we don’t pick until the timing is up, a default choice would be picked.

I don’t think I could do that for a long drama of 30 ep and more.

(Actually, Black Mirrors have ep independant from each other. More like a short movie or mini-series?)

I don’t think I could do that for a long drama of 30 ep and more.

Or maybe interconnect them.

But for once, we could give a chance to second leads

But for once, we could give a chance to second leads

But if we make a wrong choice early on she might never even meet the second lead!

Interesting. I once saw a murder mystery play called Shear Madness where we, the audience, decide who the culprit is at the end, and they play the ending according to who gets chosen. That was pretty cool.

I know this from a web drama here on viki, but Netflix… wow

Which drama was that?

I know this from a web drama here on viki, but Netflix… wow


I think she was talking about this: 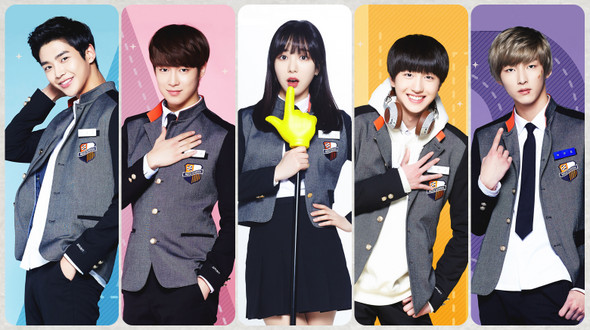 They can’t resist her clumsy charms. Kwon Mi Na (Kwon Mina) is a peppy high school girl who keeps getting into difficult situations because of her clumsiness. But that doesn’t seem to deter four very different boys from taking an interest in...

I once watched a web drama on YT called Triple Fling. It was an okay drama, and they made three endings where in each one she ended up with a different person so you could choose which one you wanted to watch.

(Or she could think she’s better off being single? Is there a drama with romance where the girl ends up single, willingly and not because the guy was dead or sick or in jail or gone somewhere far far away? I’m asking, I don’t know!)

Ah, yes, then the third guy comes along. But do we know that yet? Let’s say she crosses the street and there’s a car coming towards her … now we have the choice of whether she gets hit or not. Of course we choose her safety, not knowing that she otherwise would have met Mr. Three in hospital …

Is there a drama with romance where the girl ends up single, willingly and not because the guy was dead or sick or in jail or gone somewhere far far away? I’m asking, I don’t know!)

I’m trying to think of one … but in all dramas I can recall right now she either ends up with the one she wanted all along or with someone else. Or he dies, but even then he’s usually not completely gone, haha.

Lool I hope we don’t have this choice to make!!!

drama with romance where the girl ends up single, willingly

Well I suppose technically in School 2015 : Who are you the female lead is single willingly by going off to the states. Creating the infamous Second Lead Syndrome beloved of vivi_1485 (and just about everyone that saw that show)

Ah… let me just warm my hands off vivi’s angry head from across the world.

Ah… let me just warm my hands off vivi’s angry head from across the world.

let me just warm my hands off vivi’s angry head from across the world.

…but it was the crappiest ending ever.

I had no idea that interactive dramas were a thing! (well I can’t say that anymore…) That’s so cool, maybe I’ll try watching one sometime.

I haven’t watched Black Mirror (2011) but I’ve watched its ripple effect. BM is a British dystopian drama series that was the inspiration that brought forth China’s first adventure interactive drama, Mystery of Antiques - Origin of Buddha Head (2019)《古董局中局之佛头起源》 by Tencent. It’s also known as The Origin of the Buddha’s Head in the Antique Bureau. I thoroughly enjoyed it but felt it was more like an “interactive game.” You simply can’t do anything else but pay attention to it. LOL. 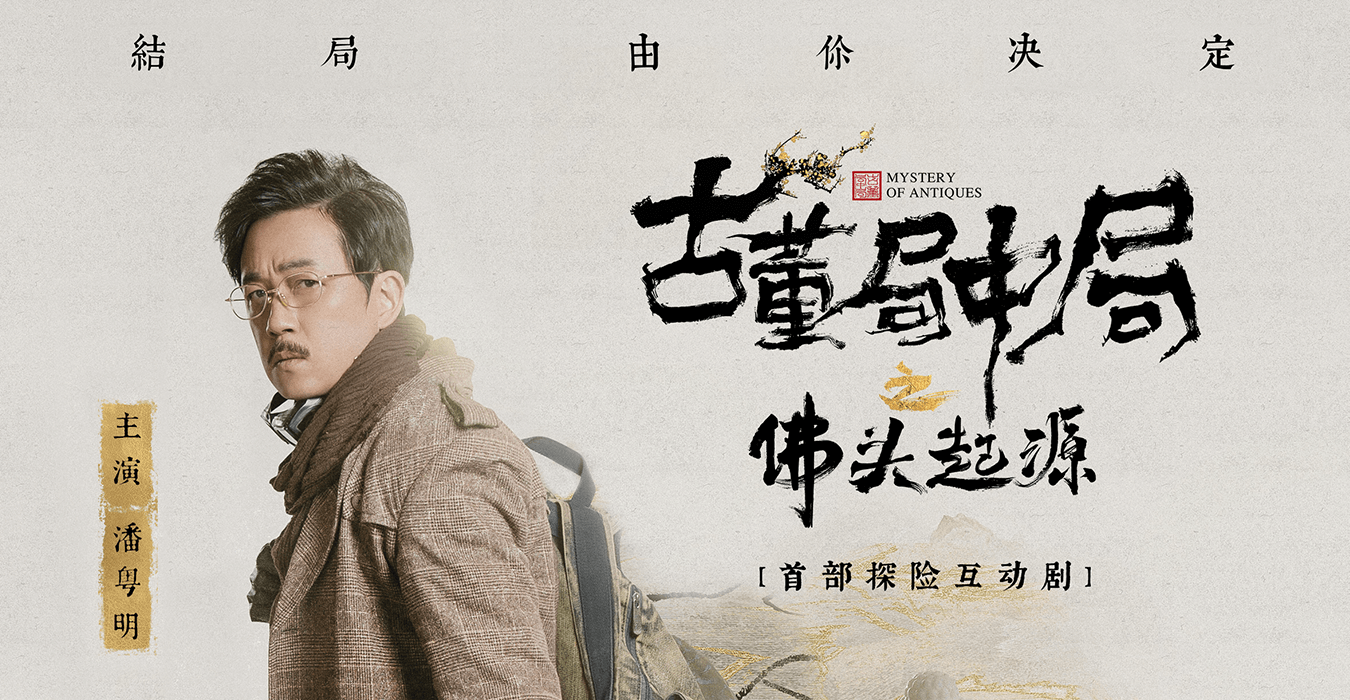 The plot development and ending of the story is determined by the viewer. The viewer takes on the role of protagonist Xu Yicheng, and participates in the story selection through multiple interactive forms (each option will take you to a different development, and at some juncture, if you can’t make the right selection, you will be brought back to replay and choose again.

Not forgetting, of course, personally experiencing the process of appraising antiques and treasures. As for subtitling such a genre, it will be a very difficult task in view of the existing sub/seg tool and screen display limitation. However, it would be a welcome challenge if Viki would make it available here. Prior to this adventure interactive drama, Tencent aired web drama Mystery of Antiques (2018) and it was very well received. Probably the reason for the interactive drama, and definitely (as reported) for the production of spinoffs.

And a movie as well:

Btw, I remember having seen a fan channel on Viki back when the filming news of the 2018 drama was released. Unfortunately, that never materialized and it was taken down.

Keen to experience this interactive adventure yourself? Although you do need above-average Mandarin Chinese language literacy (due to the theme and genre), you do have the choice to “replay” countless times. First, start by watching the Tencent teaser (informative, non-interactive). After that, go to the interactive video teaser and… Enjoy!

Links: Tencent Teaser and onward to embark on the adventure! Be safe haha… (not for the faint-hearted lol)

On an aside, the line between “interactive drama” vs. “interactive game” seems to be blurred. In particular, in role-play video/adventure games, commonly known as Role-Play Game (RPG). There’s The Invisible Guardian (2019) 《隐形守护者》 and this is termed as a long-form live-action interactive video game yet it felt just like an interactive drama. Teasers are really interesting. Unfortunately, one needs to subscribe to watch and play. 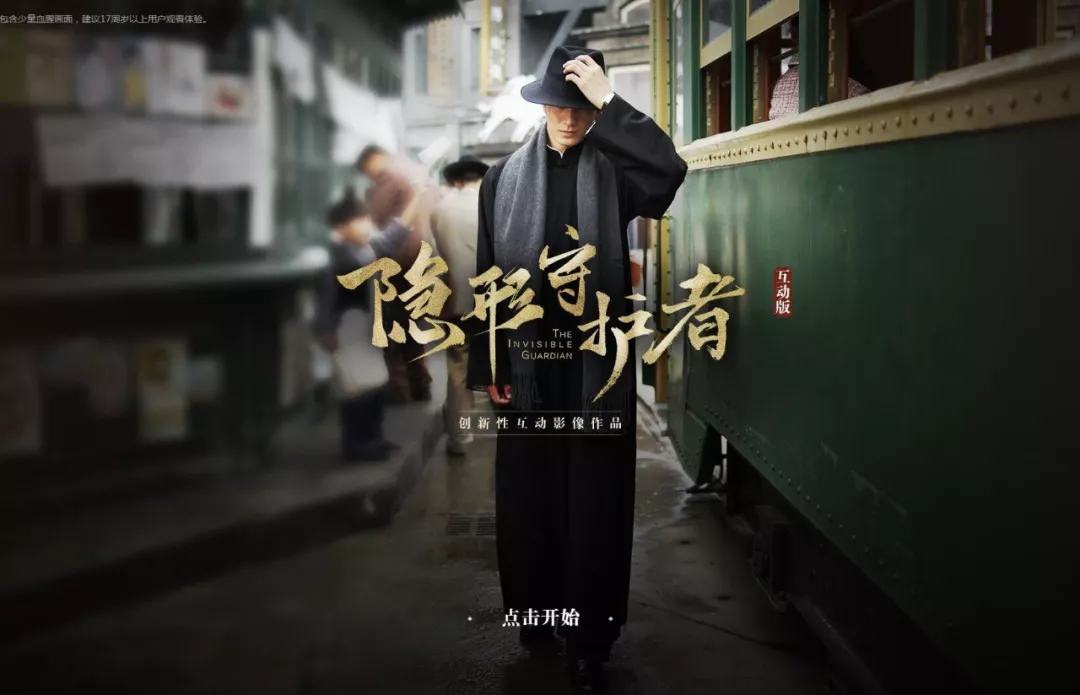 Wonder if we will ever get such interactive adventure dramas on Viki. Hmm…

Is there a drama with romance where the girl ends up single, willingly and not because the guy was dead or sick or in jail or gone somewhere far far away?

Yes, there was! And it was very refreshing because none of the two guys were really suitable for her!

Woman With a Suitcase