Looking for the worst drama suggestion

I’m laughing at your descriptions

I think I was on the segmenting team for 1 or 2 of these dramas, and I didn’t feel like watching the drama based on the parts I did see.

Others I’ve avoided on my own and some I have seen like Manhole. Sometimes the drama was okay, but it quickly reminded you how bad the directing? / writing? / acting? was.

Cinderella and the Four Knights I saw a a filler drama between two very emotional dramas, so it was a good cleanser

Meloholic was painful to watch

Indeed, all over the place. I wonder if their script was like that from the start or if they had to edit as they went along.

The Starry Night, The Starry Sea - I viewed this as a comedy

I laughed at so many plot points. My husband walked passed and he said: “Please tell me this is not the bird again.” (Reference to Ice Fantasy - same actor).

Ah-- I forgot probably one of the most expensive to produce awful dramas
Arthdal Chronicles!

Haha, am I the only one who liked it? Don’t get me wrong, the drama goes through a learning curve (the last few episodes, minus the ending are much better than the starting episodes, but they were trying to build the world up first) and was trying to tell a story that I haven’t seen from a Korean show.

Have no idea how similar it is to GOT, because I haven’t watched that either. And yeah, they were supposed to start filming the second season in October I think, but that’s getting delayed now too.

Cinderella and the Four Knights I saw a a filler drama between two very emotional dramas, so it was a good cleanser

exactly described, me too. Although I will admit watching and finishing in order to gaze the perfect, manly form of Choi Min.

@irmar Your complete lists are also on my Dropped or Suffered-Through K-Dramas lists. Might I also add to the Worst Drama Suggestions: 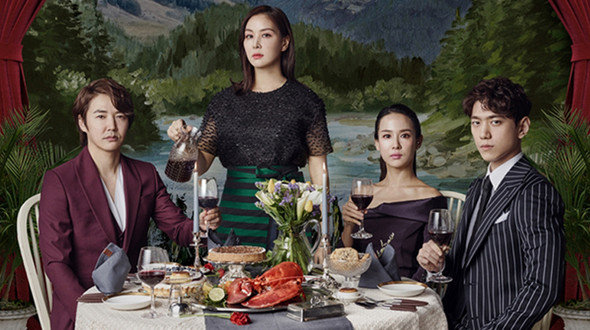 A tough, middle-aged woman who has been through her fair share of hardships gets caught up in an unexpected twist of fate, rediscovers her long-lost femininity, finds hope, a thirst for life, and even new love. 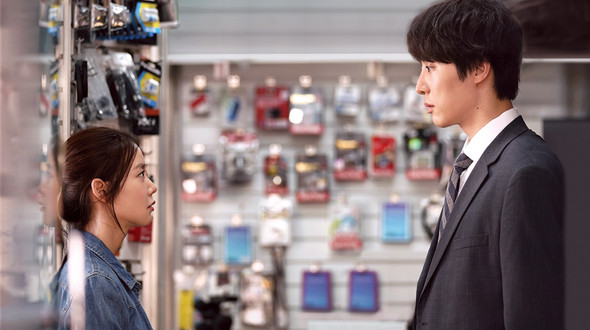 If you meet the same person over and over again over the course of many years, is it just coincidence or fate? Han Yoo Kyung (Han Seung Yeon) takes a trip to Korea after graduating from college in the United States and ends up fighting with her... 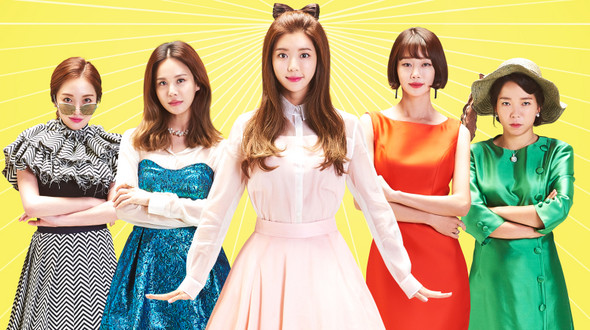 All three, so much potential lost, so much ridiculousness achieved.

Well that was a big nothing burger. Watching episode after episode count down with not a hope in hell of it breaking free of the over stretched business strategy dialogue scenes, leaving very little air time for everything you mentioned being missing.
I reckon if Ahn Dante confided in his pet turtle in the same dry ‘genius but emotionless’ mono toned voice all the time, the turtle couldn’t welcome the cold embrace of death fast enough. (who’s eventual death stirred up more emotion than the rest of the show)

Now I’ve hit a bit of a dilemma. Some of the listing you provided are flat out unavailable in my region. (What’s With Money. Princess Hapyung’s Weight Loss and Star:Radiant Lover)
I’ve only subscribed for a Viki Basic pass but the other shows, The Facetale: Cinderia, Traces Of The Hand and The Miracle all require that I upgrade to a Viki Standard pass in order to gain access to them.
Should I deliberately pay more to watch something less?

Love With Flaws not licensed in my region. I actually phew’ed at seeing that message after reading your notes.

I like what you did with the Welcome To Waikiki S2 link. Dive right into Ep1, no nonsense with landing on the synopsis page first to give pause to changing their minds.

@ [ninjas_with_onions]
If the purpose of upgrading is to gain the privilege of watching The Facetale: Cinderia, Traces Of The Hand and The Miracle, save the money! I was, unfortunately, Chief Editor on all of these less-than-memorable series and the experience taught me a general principle to stay away from web dramas unless they star some idol whom I absolutely must see no matter what comes out of his mouth as dialogue. Also stay away from Fortuneteller’s Secret and 28 Faces of the Moon, other webdramas I also worked on. My most common expression at the conclusion was “huh?” – I had no idea what the theme of the drama was but I worked diligently to ensure good subtitling in English. If you look at the viewer’s ratings you will see most viewers gave them less than an 8.
In my opinion, of the web dramas I worked on, the ones worth watching were Splash Splash Love and The Page Turner. Imaginary Cat was decent.

Ha Ha, do they have a WWWise Owl badge, usually gained by veteran volunteers wising up to stay away from working on web dramas. Let the newbies fall into the trap, it’s the only way they’ll learn.
Fortuneteller’s Secret Recipe (6.9

) is another upgrade to watch show, a lot of them also Viki originals. Patterns?

poor girl’s going to get a reputation! There they change tactics and give you the first four 10 min episode for free then upgrade to watch the other 10 episodes

28 Faces of the Moon is not licensed for my region, that’s a shame it garnered a 5.6 rating too, with such a low rating I would have gone to rubber neck that train wreck!

The Page Turner I initially clicked on for favourite actress but enjoyed it enough to add to favourites list.
I thought my daughter would have liked Imaginary Cat with its talking cat concept, but thought better of it with the ending as she didn’t take the movie Hatchi well, and she’s a cat person! I enjoyed it at least.

Egg on face. Blush Blush. I own up to being editor for Girl’s War too. See how well I remember it? I seem to remember Ryu Hwa Young and her sister were members of a famous girl group in which one or more members left and Ryu Hwa Young was somehow part of the controversy. These experiences have taught me when I am asked to be chief editor to consider in advance whether I would like to watch the series if I didn’t spend hours on the subtitles for each hour of the drama.

I don’t know how it happened, but I know that we were “talking” about Don’t Hesitate here and now this drama is on the first page of most popular dramas all time here at Viki. How could that be? 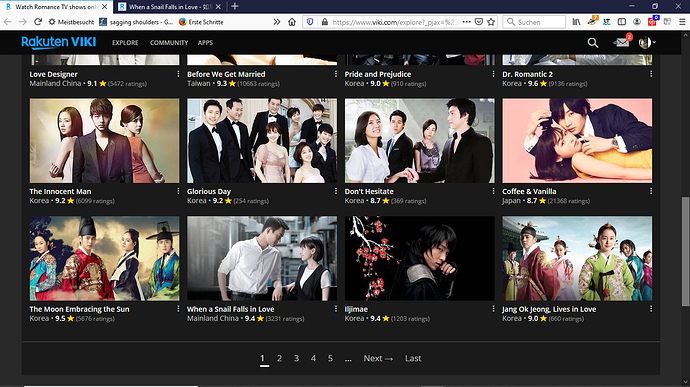 Hands down, one of the worst ever. God of War, Zhao Yun. It spends ALL ITS TIME and it’s very long about YOONA AND NOT THE HERO. That’s right. We watch this girl do a lot of boring stuff rather than the GENERAL played by a pretty good actor.

I finished it. I was…determined. It’s horrible.

You have hope when she DIES BUT NO THEY RESURRECT HER AS ANOTHER CHARACTER.

there is no escape.

The A.I. must have got tricked when it figured it must have been a hit with the viewers if they even gave the characters pet names.

I admire your sheer tenacity to have seen it through to the end!
It would have been interesting to watch with forewarned knowledge that it was edited with a heavy bias towards Yoona, and to give her two parts, that’s hilarious! Could have turned it into a drinking game.
Unfortunate then that it’s not (or no longer) licensed for my region. Ironically, looking at the cover page this C-drama was licensed Worldwide except China and Taiwan, maybe they wouldn’t let this legacy destroying abomination back into the country after it got chased out of town by historians.

It’s likely it caused rotation of more than one Tiger General in his grave…sigh.

I agree, I Picked Up a Celebrity On the Street was not a great movie for him at all.
I’m currently trying to make it through some bad acting in Personal Taste. Pray for me…

Nor were several of his others. I sometimes wonder if he’s just exceptionally good at choosing terrible scripts or if he’s just absolutely wonderful at turning mediocre scripts into a boiling hot, cringy mess. I haven’t watched Personal Taste yet, but I will pray for you.

Nor were several of his others.

Personal taste stars Lee Min Ho. Nothing to do with Sung Hoon. Lee Min Ho may not be Anthony Hopkins, but he delivers more or less decently every time, he never makes you cringe.

I was talking about I Picked Up a Celebrity on the Street not Personal Taste which stars Sung Hoon.

It was a bit confusing, because you said you’ll pray for Janella who’s watching Personal Taste. I didn’t think the acting was that bad there. And the “Game over” kiss was really good! I also loved it when he pretended in order to make the older guy save face. That was so nice of him.
The thing that was really cringe-worthy on that drama was LMH’s sculptured hairstyle. I still have a good laugh whenever I see it. But hey, that was the fashion back then.

Hah Personal Taste is the very first K drama I watched, in the year that it came out. I agree with you, it wasn’t that bad.

I’m sorry for the confusion. I haven’t watched it yet, so I don’t have anything to say about it. The way Janella was describing it made it seem like it wasn’t that good of a drama, so that’s what I assumed and why I said I would “pray for her”. I haven’t watched many dramas with Lee Min Ho because I don’t really like romcoms which is what he mostly acts in, but I don’t really think he’s that bad based on what I’ve watched.