Oh, my… I am getting a headache just looking at the chart.

I think it’s just that we (in Europe, Germany) usually don’t add the age aspect and siblings’ number in daily conversation in the same way it’s done in Asian shows.

We may mention it once, but we won’t say all the time something like: the kid of my younger brother/sister/cousin,my older aunt, my youngest uncle, my third uncle etc.

It is also not used in European TV shows… probably because of smaller families with less relatives plus more individual addressing in the way like using the name when talking to a relative (uncle, aunt, cousin) while e.g. in Chinese they’re rarely use their first names at all; they’re usually using one of these terms we see in their TV shows or create additional nick names to call each other (also same age friends, class mates do that) so their way of addressing is different to ours (although in certain circumstances Germans also do use nick names for each other instead of their first names, but sometimes giving someone a nick name has a bad feeling when the person who is addressed by that does not like that nick, e.g. kids at school etc.).

It could also be that the relation aspect in Asia is way more important than in Europe (even in European shows that played in ancient times of kings and queens the addressing wasn’t like the Asian addressing with the 1234567 brother and sister so probably what Adrian wrote is the real reason; the cultural aspect defines the language development).

Nope. I can only go as “deep” as 2nd cousin once removed and I will not bother after that

What about - ah after the name? I noticed that too like " Soo Hyun-ah" or maybe I’m spelling it wrong, is it the same as -ssi/shi?

That’s all right. Don’t worry about it.

Unlike other streaming sites, VIKI is unique in that the translators also happen to be huge fans of Asian dramas. Even though it’s difficult to translate from one language to another, they always do an amazing job. And they have to put up with lots of criticism too.
Please know that your efforts are indeed appreciated. Thank you so much. Fighting!

Reading this, I just realized that we don’t have any word for cousin in Hindi

maybe because everyone used to live in joint families before so everyone’s kids were everyone’s?

I think part of the reason why Koreans use familiar terms such as Oppa, Unni, Hyung instead of proper names is due to the long held belief that Koreans are homogeneous people. Of course, today, Korea is a multicultural society. Personally, I think these terms and other pronouns such as “Ahjussi”, “Ahjumma” , “Grandma” and “Grandpa” are not only more endearing but helps to avoid some awkward situations. For example, my ex-husband’s last name is Choi and my last name is Kim. When I got divorced, my kids’ friends were confused as to how to address me and one of them actually asked me how he should address me. Korean kids don’t have to worry about that because I am simply “Ahjumma” to them.

I love Lucy sums it best at this scene re: “English Language Lacks” - consistency in pronunciation - geez!

OMG! This is so funny! I looooove “I Love Lucy” and I thought I had watched all the episodes. I guess I missed this one.

i thought koreans don’t take their husband’s name when they get married?

I looooove “I Love Lucy” and I thought I had watched all the episodes. I guess I missed this one.

this is literally the only “I Love Lucy” episode I’ve seen in my entire life…it’s a really famous video!

Korean women in Korea don’t change their last names when they get married. In the USA, many Korean women follow the American convention and do change their last names. I personally chose not to change my last name. However, when you have kids and your kids’ friends are used to calling their friends’ parents as “Mr. and Mrs.” it’s hard to correct them. Also, it’s easier for school records if the mom has the same last name as the kids.

sigh so I’ve been doing my " parallel fantasy universe" wrong all along by taking on the last name of my current" Oppa"?

On a serious note though , what about the children of married couples? Do they take on their Father’s last names? Mom’s?

You just have to fantasize that you are both in the USA😉. I think Jang Hyuk has a steamy thriller coming out soon, called “Innocent Thing”. As to the last names for kids, they take on their father’s.

And if the mother is a single parent? Do the children get their mother’s name then?

Do they take on their Father’s last names? Mom’s?

The father’s name, if you see older dramas it was much more of a topic. I don’t remember which year it was that the family law in SK changed and finally child custody would not generally go to the father. It’s the tradition of the family linage, if there is only one offspring and a male would the family based on tradition leave the education to a “woman no longer part of the family” - no way.

Back then in dramas you would see families bringing in a child out of wedlock and register it in the family register, so the linage was continuing, of course females were neglected in most cases.

Perhaps you saw the drama 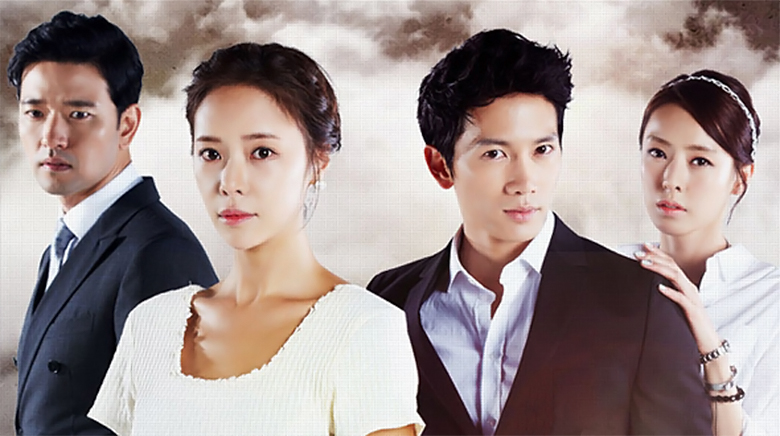 A woman in love decides to take the blame of a car accident for her boyfriend, unaware of the fact that it was a hit-and-run. Little did she know, she was voluntarily taking the fall to serve time in jail. She becomes the target of revenge by the...

spoiler ahead - she had a child out of wedlock - and because she was jailed she had to give away the child after 2 years, she didn’t know (if I remember correctly), that the child would get adopted, she thought she could later re-unite with it. Anyway, later in the story the grand-parents of the child tried to “claim” him, but the biological father then gave up on his “rights” as to give his child a better future without getting to know all the horrendous things happening between his biologic parents. So the grand-parents had no possibility to get their grand-child in the end.

I don’t recall another drama that is on Viki right now with that topic, anyway. Women had no right to their children, it was all in the hands of the father and his family. Maybe it was around 2009, I remember watching a drama in 2010, where the court ruled that as long as the mother could provide for her child with a safe surrounding, she wouldn’t lose the custody, but I am not sure.

Hmm… I guess, especially if the mom was never married and/or she wants to keep the identity of the father a secret. Conveniently fits into one the central themes of K-drama, doesn’t it? Lol…

You’re approaching the English language and ignoring its culture, lack of formality and focus on using adjectives to describe things. By design it will be very different to Korean or even French. It’s a language that was influenced by many other languages and still is today. In its most extreme you hear actual words of another language “Deja-vu” (already-seen in French). You’ll see kindergarten - strong German origin. And you’ll see words completely created without the influence of other languages.

In English when it comes to relationships families and social circles decide on terminology.

This doesn’t work quite as well for a busy TV show translated to English but the language has been around for a while and wasn’t designed for TV and explaining familial relationships with 1 word to viewers who have no personal connection to the fictional family/community.

Nobody is going to approach their grandparent and go “paternal grandmother!” as if an audience is watching and needs an explanation. It would almost be an insult. This is a close family member.

Context is important and whenever you’re translating you’re going to lose some context trying to explain things regardless of language.

What about non verbal language? I find myself nodding (even slightly bowing now hehehe) to “greet” someone because they can’t see me smile because of the mask. I guess I could wave. Hand shakes are not even possible. Does the English language have an equivalent to the “bow” ? I think there may be a UK Royal protocol about that though right, like a curtsy?

Hahaha… It’s rated R so I assume it will get steamy enough for you. As to bowing, I get the feeling that it will become a lot more widely accepted form of greeting since people are now less likely to be shaking hands.

yeah, there was the curtsy and the English take-off-hat-and-bow, but I don’t think those practices will be revived…it does seem like the Asian bow will be more widely accepted.
When I completely immerse myself in a Kdrama binge-watch and then meet someone, I feel an actual compulsion to bow sometimes lol😂