I think I’m doing that, too. It’s getting me so anxious, and this episode is one of the worse one to wait a whole week for to see the outcome. It’s so good though.

Are you still doing segs/subs in ASC?

Yes. I still seg and sub there. (I think I am insane

) I do some subs but most of my time is busy segging. Currently, I am the only consistent segger on that show. All episodes from 427 to 487 are now segged and getting subbed.

We could use help from any Korean/English subbers out there.

It’s a crazy show to seg though, the way everyone always talks over each other. It’s very difficult to cut the segments since the voices overlap each other. Segging that show breaks so many segmenting rules.

Oh, bother! Viki doesn’t want me to talk to you anymore.

" Consider replying to more people. You’ve already replied 3 times to @angelight313_168 in this particular topic. Have you considered replying to other people in the discussion, too? A great discussion involves many voices and perspectives."

I ignore that message and reply to whoever I want, they are inconsistent with their message. They tell you to search for topics and reply to them before starting a new one but when you reply to an old topic they have the Are you sure you want to reply to this topic, type message. Just talk to whoever you want.

PS. I admire you for staying there, and trying so hard. I know it can’t be easy for you that just starting to segment to have such a complicated project.

Episode 8 is out already. Really a cliffhanger.

I put this in a summary because this is the Great Shaman thread and I don’t want to hijack it for ASC. I have pretty good experience with segmenting already. I am up to 34,000+ segments and 13,000+ subtitles and counting. And I get to practice listening to everyday spoken Korean so my vocabulary is picking up.

@porkypine90_261
You are also working in the Great Shaman Ga Doo Shim, right?

I still think it’s unfair that you are the only one constantly segmenting there (when they decide to finally release/open episodes), and so much work is needed in that project bc is not like is catching up already, and episodes are fully completed already. I hope more experienced segmenters come forward and help you out to start keeping the episodes up to date segged and subbed for viewers to enjoy. It makes no sense that such a huge project has such small team working there. there was another segmenter: She left? that’s all you needed.

PS. I know all the rules of segmenting, but I also know there are ways to resolve segmenting issues, if the team in the projects unite together, and try hard enough to make things work out.

You are also working in the Great Shaman Ga Doo Shim, right?

Yes, I am but it’s so short that there are only 2 parts to segment. It’s an 8 PM show in Korea. It drops Friday at 5 am my time and we are done by 5:30 am so I have to wake up early to get it done quickly. Then the translators get to work. The rough English translation is usually ready by 6:30-7:00 am. It takes a while to get it perfected and quality checked before it is passed to other languages. But we have a very fast team cranking out the episodes.

Just finished watching episodes 5 and 6. I do know acting in a horror series isn’t easy. One needs to change expressions really quickly. But, my goodnessssss! The ML’s friend is such a great actor. I don’t even have words to describe how good he is.

He started crying in seconds in episode 5, changed expressions so quickly, as if he is actually missing his dad. Then, during the scene when the spirit was inside him, he was soooo good! 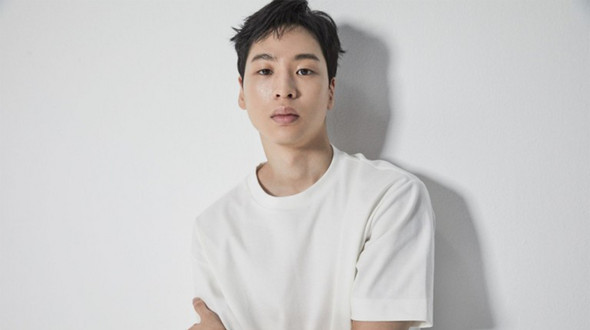 Yoon Jung Hoon is a South Korean actor. He was born on December 18, 1994 and made his acting debut in 2016. Since then, he has appeared in a handful of films and television dramas, including “Dark Hole” (2021).

Also, the homeroom teacher is such a great actor. Just within a 30 or so seconds long scene, he showcased his brilliant acting skills!!

I agree, Yoon Jung Hoon is so good, I hadn’t fully appreciated him until his character was possessed, I was blown away. Sadly he seems to be unappreciated, only having supporting role, he’s obviously capable of so much more.