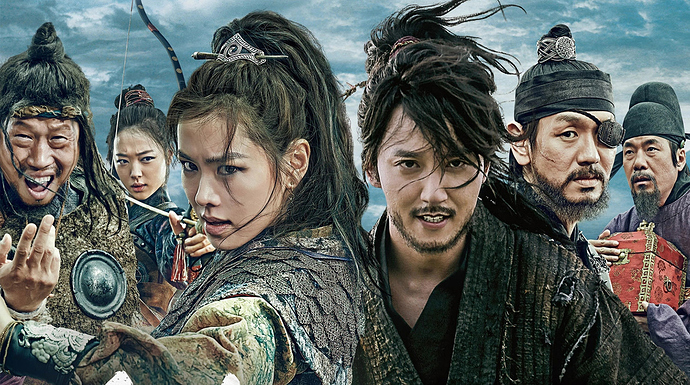 All You Over Stuffed Folks Who Need a Good Laugh and Action
Come Watch Pirates with Us!!! 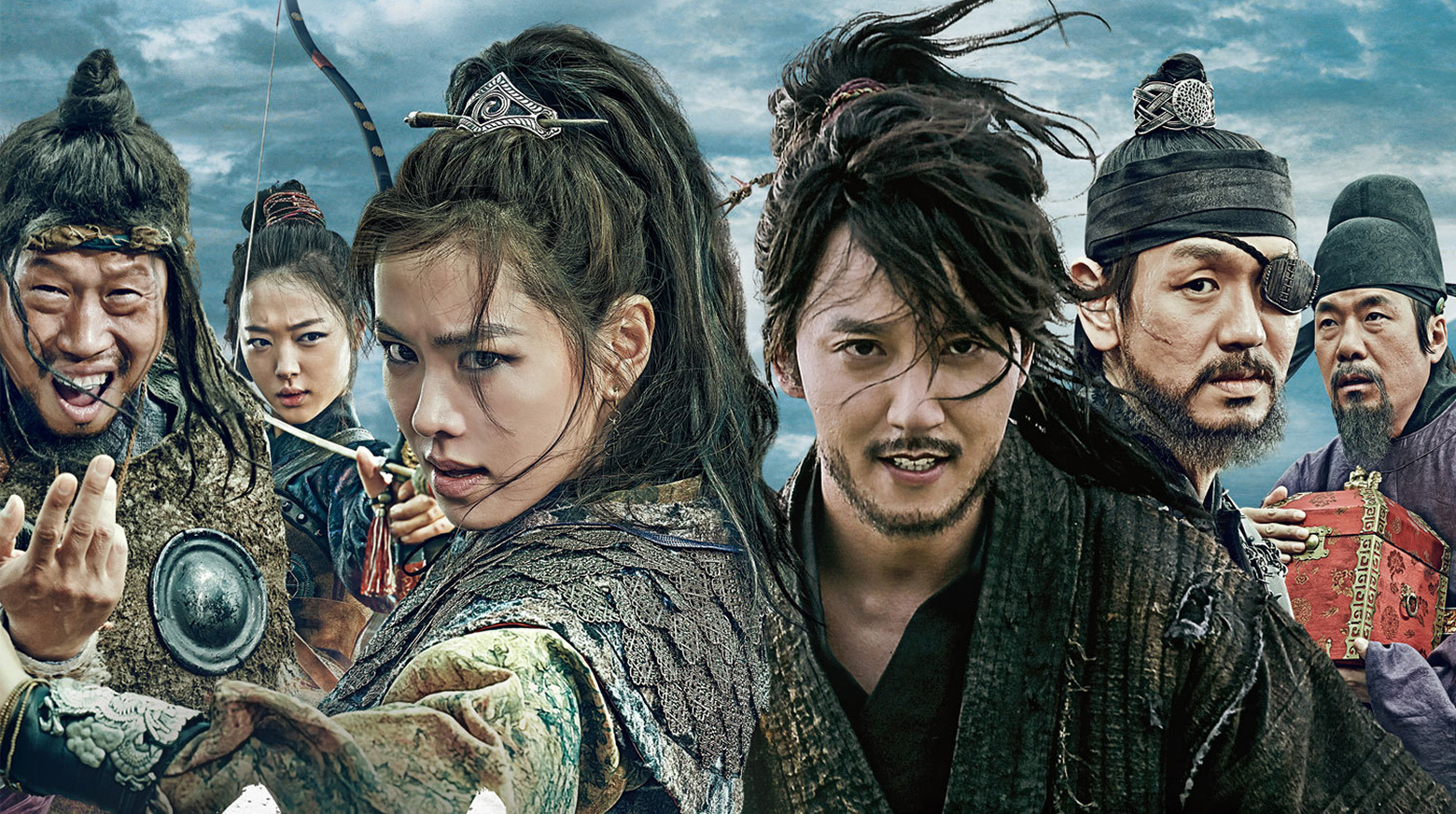 At the cusp of the founding of Joseon Dynasty, an envoy from China is delivering Emperor’s Ming’s Royal Seal. But nature in the form of a giant whale intervenes and swallows the royal seal. When a generous reward is offered to whomever can retrieve...

Come Watch Pirates with Us!!!

Well, it’s noon here and haven’t even started cooking yet. I’ll attend if I am able.

Hope you can still come that is a while away!!! 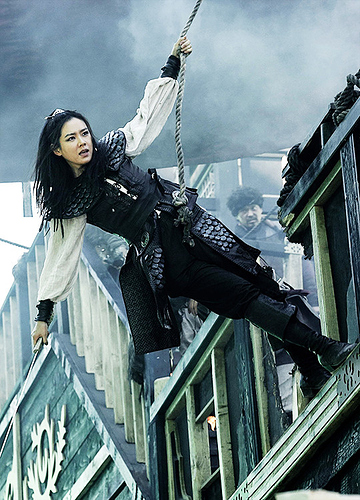 I’d love to be there, but I don’t think I’m going to make it.

I’m going to make it.

Bummers!!! I’m not sure anyone can make it - we shall see! I might be watching by myself

Hope you can still come that is a while away!!!

My (mom’s) family (AND my hubby’s family) have no idea what time IS except the alarm that tells them to go to work. If you insist on a time, we’ll say “oh… around 6?” and they say, “That is so late.” so after a little back and forth we give in and accept that they want to eat at 4 PM. Of course, if they knew our extended family at all they’d start arriving around 7:30 PM. Food has a good chance of being ready by 8:30 - 9 PM.

(This is what you call REAL “Indian Time”)

I was raised with the concept of “When it is ready, we eat.” It drove my dad’s mom a little crazy because she depended on a clock to tell her when she was hungry. She would really push my mom to have dinner ready early. My mom would give in knowing full well that it would not be ready till 7-9 pm.

My dad’s father was a pragmatist. One time I had been staying with them and gramma was trying to hurry us out the door so we would not be late. My grandpa decided to make himself a sandwich. And he ate it while my grandma said, “Jerry, why are you eating? You’ll spoil your appetite.” He just kept eating his sandwich and said, “I advise you to eat something.” She hurried us out the door.

I used to think my gramma, while loveable was just plain old crazy when it came to times and such. THEN! in 1970, I went with her back east to Chicago to visit her relatives. They are ALL like that! It’s a culture thing! OH! Gramma’s mother was from Sweden. G-gramma came to Illinois in 1898. She was a helper on a farm. Her dad was born in Illinois but his father was an orphan adopted by a German family back in 1848. My grandpa was born in Bohemia in 1900.

My Mom’s mother’s side is from Ireland and Peru back in 1849 to California, Her dad’s family is from the Azores and there are all kinds of international ancestors on his side - from Portugal, Japan, China, Goa, Morocco, Africa, Columbia, the Caribbean, Mexico… The Azores were a pit stop on the return sailing traffic to Portugal.

So my mom and dad’s families were a MAJOR culture crash on things like, “Being on TIME”. ahahahahaha Time? What is time? time is relative…

Native American time is " mañana" we learned that living around the Navajo nation in ABQ!!!

Native American time is " mañana" we learned that living around the Navajo nation in ABQ!!

Absolutely! I grew up on “When it’s ready.” Shoshone are the same. Dinner is ready whenever everyone gets there and brings the cooked food. We are SOooo used parties being ready to eat around 8-9 pm even though everyone swears that they will be ‘on time’. (That is a huge joke.) My mom is right at home on the rez.

To be honest I grew up with the clock telling me when to eat - I cannot eat breakfast because it makes me sick unless it is about 11 a.m. My mom gave up trying to get me to eat cereal before school. I would get so sick. 11 a.m. to me is lunch time and 5 pm is dinner time - with 2 or 3 pm for a snack. I would look up at the clock and eat even if I was not hungry.

I have learned different now - I eat when I’m hungry - and that can be maybe once a day!

I used to be on time for everything until I ended up getting around people who are always 15 min late. After years of being first - I started coming later - now I can sometimes show up on time.!!!

My food is cooking and the rolls are rising. I FORGOT what a workout making bread is! It will probably be ready around 6-7 PM, MOUNTAIN time. 8 - 9 PM your time.

I can arrive to start the watch party but I will need to take a 1/2 hour-ish break to roll out the rolls.

I FOUND MY COOKBOOKS! Well, I’ve always known where they were - at the bottom of that stack of book boxes. I finally unpacked them this week.

They’ve only been packed for 2 years.

1/2 hour-ish break to roll out the rolls.

I’m in no hurry we can start at 8:30 pm and take a break for your rolls when you need to - I’m ok with whatever - I posted the link so you can come in whenever! I’m going to watch Find Me In Your Memory for a while!! I’m FREE -

Ooooo what kinds of recipes? I have 3 shelves of cookbooks.

I give my excess books away every time I move (usually to the library) but I didn’t have time when I moved to town after my hubby passed. We just stuffed them into boxes and stacked them up in the backroom of my new place. I had to do a lot of repair work when I bought this place. New flooring throughout, new bathrooms and kitchen because the old stuff was trashed. It took almost a year to get it all fixed. But by then I was too crippled to be able to shove books around. Now I have one good knee while the other is still bad but that good one is enough to stand on. I can’t carry anything heavy because of my bad knee but I can put stuff on a rolly chair and shove that around. I look at my crippled self and ask, “What the hell happened to me?”

Moving is a great time to shed myself of excess stuff that I am not using. If I don’t use my books after a few years - away they go.

Get this! Usually, in San Francisco, the branches were so happy to get books for their shelves (Since so many walk away and never return) I asked at the local branch in Chubbuck and the young lady at the desk was unhappy and said, “No thanks, We have too many books.” (They were mostly Harlequin type books) So… I found a used bookstore and he will happily take them off my hands and pick them up next week too. It’s too bad about the libraries here because I have a really great assortment of eclectic reading materials.

Ooooo what kinds of recipes?

You name it - I probably have it!!! Lots of Southern stuff - baking - southwest - holiday cookbooks!

I have a slight addiction! Not anymore but I did!

2 hours? way past my bedtime!! I cheated, just watched 20 minutes, looks really quite good, I will do my everlovin best to do this!!!

@kdrama2020ali I want in as well. My day has been super-quiet due to all my fam being in Virginia and North Carolina and still quite hinky about travel, masking, and heaven only knows what.

I love pirates. Quite a few of them on the “western” side of the world (how does a globe have sides) apparently called North Carolina home.

And a girl pirate? Aaargh!

@porkypine90_261 around here we call it ‘Island Time’ Things on the gulf islands are a little more laid back, although the Island I live on runs closer to normal time than when I moved her 25 or so years ago.