Does anyone know how friendly these two companies are? Is it a 50/50 partnership? As a European viewer, I’m not a big fan of how they operate.
VIKI won’t negotiate an official release of KOCOWA in Europe. They will, however, transfer some titles over to the Standard-only European Pass. It’s like how my grandmother would secretly give me money so that my grandfather wouldn’t know. It’s silly. Just work out a deal already. Why all the cloak-and-dagger?

To lure us to unofficial sites?
Sorry, I’m already quiet.

I wouldn’t recommed them unless you want to be bombarded with penis enlargement ads.

From Wikipedia:
“…[KOCOWA] became the IP holder and centralized content broker for existing Korean program platforms Viki and OnDemandKorea.”
Maybe it’s a regional-licensing thing. I checked the list of KOCOWA dramas on Viki and they don’t even need a Standard Pass for people in my region to get access to it (Indians without a pass, please confirm if you can).

VIKI won’t negotiate an official release of KOCOWA in Europe

I doubt Viki can negotiate a release of KOCOWA. KOCOWA is an independent streaming service launched as a collaboration of KBS, SBS, and MBC. Viki’s just partnering with them to provide KOCOWA content on the Viki platform.

No, this is an European thing.
Viki does not receive licenses for Europe, for whatever reason.
For example, we cannot see officially:
The Veil
A Gentleman and a Young Lady
previously
Kairos
The Scholar who walkes the Night a.m.o. (expired at Netflix)
Some movies can be seen in English but only by QCs.

Copyright and content licensing is usually extremely complicated , so much so that only smart and very expensive lawyers understand it, but it’s safe to assume that the legislation in relation to copyright in various jurisdictions also has an effect on what can be licensed. what can be licenced Could well vary quite widely in different jurisdictions

I think we have to remember that Netflix has deals with a few major Korean networks/rights holders that allows Netflix to be the exclusive distributor for quite a bit of South Korean content in many jurisdictions around the world and actually if you include what is available both on Netflix and Viki, the UK at least, is well covered in terms of content, availability.

Although I do prefer viki Subs to Netflix Subs

I don’t understand what I don’t see wrong with NETFLIX subtitles that others complain so much about. True some dramas subs on ntfx are worse than others, but RViki lately is just as bad/even worst than ntfx!.

I am seeing a lot of ghetto/street words in Rviki’s dramas/movies, and I honestly feel this is (has been) done lately a lot on purpose because if you have all kinds of editors in your team; why are you letting words like no kids (for no kidding) coming from an old man mouth?

Something is not making sense anymore but to me personally, NETFLIX has improved about 80% of their subs, and I have no complains about their subs. In regards to Squid Game I believed they rushed to have subs done faster, but they fixed them now, and they always edit them when I used to complain before bc in the past NTFX subs were terrible but I complained from left to right and so far, so good.

You’re right @angelight313_168 , Netflix has improved its subtitles a lot and in a relatively short time to.

The main complaint I have now with Netflix subtitles is that they don’t include translators, notes when the characters in the show make references to pop culture or traditions so as a viewer left completely confused by what the character has just said, whereas on Viki a translators note will be included, giving extra context as to what character meant meaning as a viewer you’re not sitting their confused.

This is the same for all international content on not just South Korean content. It would be nice if the translator’s note was included providing extra context like viki does. But it’s a relatively minor complaint

I also always assume that they hope that one day the stuff will still make it to NF.
But being spoiled all the time, e.g. on YT, is just not fun.
When it finally comes, I’ve already seen it elsewhere.

My complaints about Ntflx subs are also minor. First and foremost, they do not translate song lyrics. this may seem unimportant, but sometimes the lyrics of the OSTs, or even songs a character is singing, are relevant to the story, and we miss out on those crucial clues or hints without the translation.

As a personal preference, I also don’t like that they often use the westernized format for names, meaning they put the given name first and family name last.

I also agree with the complaint about the lack of notes that explain important references. It’s something that I appreciate so much on Viki.

I just noticed that on-air shows have a tiny description of Viki.
On Yumi’s Cells: 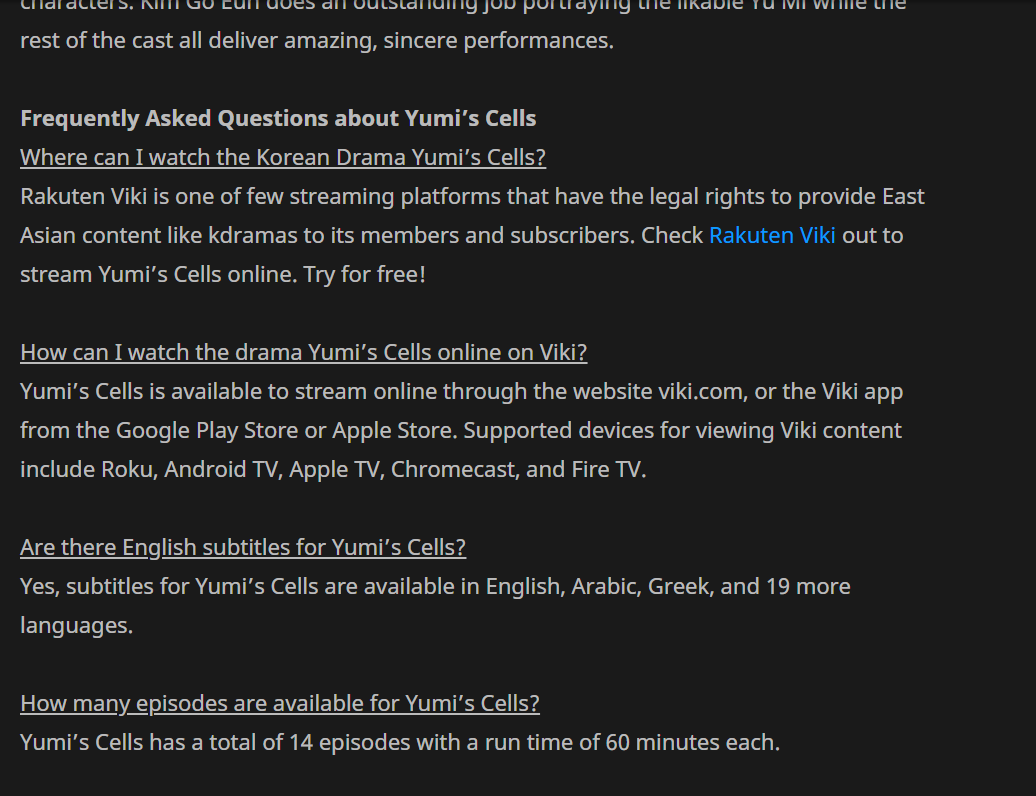 On Lover’s Of The Red Sky: 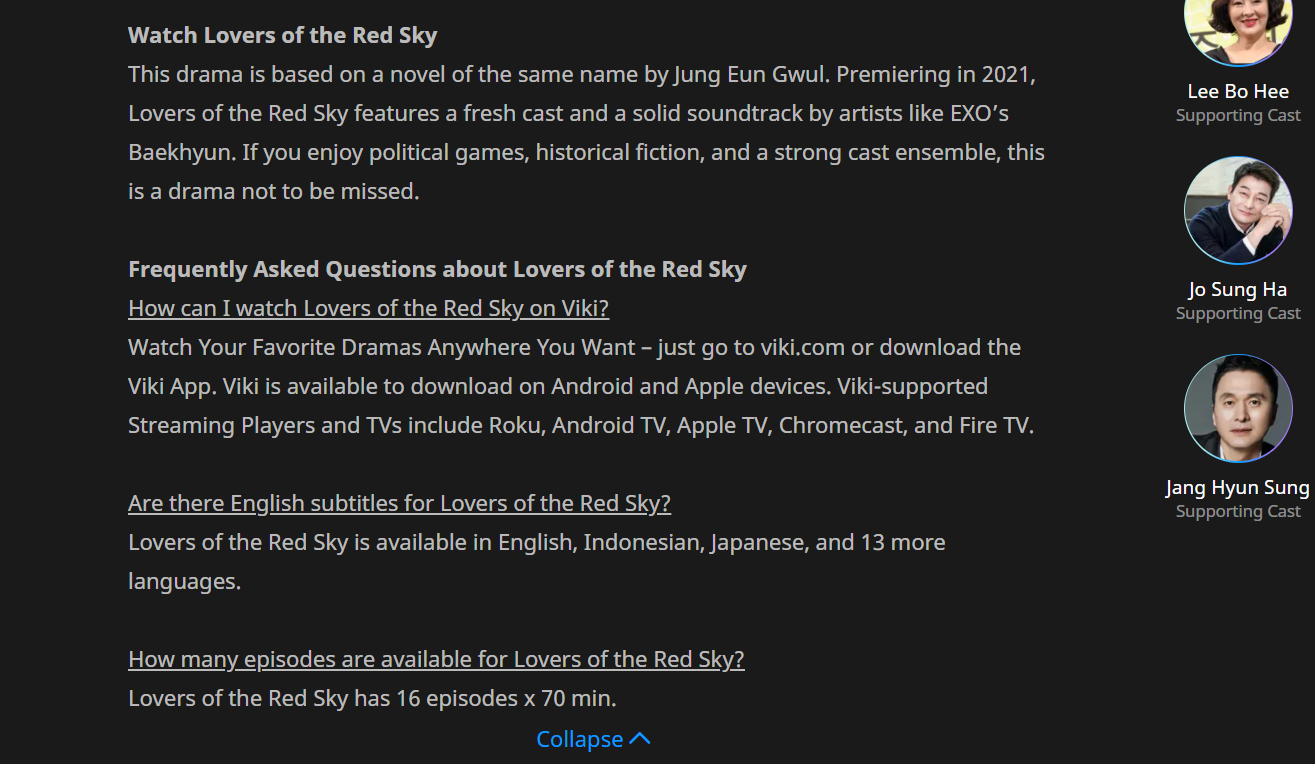