Maybe it’s because j-dramas have only recently been suddenly added to Viki… Since the rom-com genre is most popular among viewers, they might start out with those and then slowly branch out into other genres.

I’m currently watching Yumi’s Cells and Hometown Chachacha… I’m loving both! Especially Yumi’s cells is so much fun to watch!

Vivi, I may be wrong, could have been on that other link that folded, but I thought Gallilao was on here, Mr Brain, and that weird detective that acted like sherlock, a few more but thats just a few I can recall

I finished this one Saturday afternoon. It was rated fairly lowly by viewers (8.1) but I’m glad I watched it. It had a bit of a ‘throw your laptop’ vibe to it as the mother was an extremely controlling person when it came to her children. Unfortunately, in that kind of climate, they grew up to be really messed up adults. The ending was not happy at all and required profuse usage of tissues. I’m guessing this is why it was so poorly rated. I understood going in that this was a work of fiction, but these kinds of outcomes do happen in real life, sadly. It had nice eye candy with the two actors cast for the ML and 2ML. 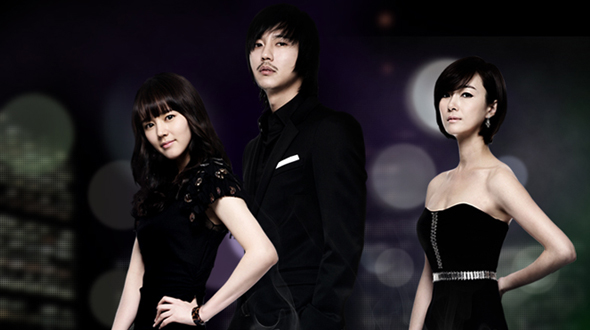 Blinded only by a desire to get his revenge, Shim Gun Wook, falters at nothing to get back at a conglomerate family that took him in and threw him out. Using his charms and cunning mind, Gun Wook intends to use the members of the Haeshim Corporation...

Hmmmm…
It was not a run-of-the-mill kind of drama and definitely not cute and fluffy. It was interesting for me as I was able to watch all episodes in three days. I would say it was a dark drama with some romance between the FL and the two top male leads. I’m sure some people who watched it were disappointed in the ending because it was not totally happy. In real life, totally messed up families do exist and the ending was plausible. In a nutshell, judging on what interaction I have had with you on Viki and watch parties, I think you would probably find this drama depressing so I don’t think I would recommend it to you (or Happy either). The bloodshed factor wasn’t there but the Mother played with her young kids’ minds so much, it made me cray cray.

it made me cray cray.

couldn’t find either of the dramas you mentioned

Not sure if the writers wanted him to be a hero or an antihero, because he’s a bit of both. Man he’s such an unlikeable character to me

, but if it was intentional, the writers are doing a great job showing that no ‘bad guy’ is 100% bad and that good guys do questionable things as well.

How is it dear?

but I’m glad I watched it.

I watched it back then when it was airing, I think it is different if you binge it, so for us weekly watchers the ending felt a bit rushed. I don’t know how you felt about it. Problem while filming was Kim Nam Gil had to go to his military service, and they were unable to push it any longer, not even a few days, if I remember it right, they were shooting for really long hours at the end and when KNG was through with filming, maybe he had about one day off, but I am not sure, he enlisted the 2nd day after shooting ended or the next, if I remember it wrong. He did not really have a break.

I LOVE it so much in love with Yoo Ah In right now!
@my_happy_place

Yes, I read that he received his military draft notice while he was in the middle of filming Bad Boy and asked for a deferment but was denied. I’m sure that probably contributed to the dissatisfaction of the viewing audience due to the rush to get his scenes filmed. I still thought it was worth the watch and I would not have given the drama such a low rating; probably more like 8.8 or 8.9. It had a very interesting plot, to say the least. The mother was something else, for sure.

The mother was something else, for sure.

Oh, yes, she was. The actress was great, she made all of us hate her role.
People back then were crazy for the scenes with the elder sister and KNG character. It wasn’t your usual drama back then, and it still isn’t today.

but Yoo Ah In as Han Se Joo - has me just wrapped around his little re-incarnated self. Two different characters - two different eras - I love him!!! I’m kinda surprised at myself!!!

Somehow I’m running out of dramas to watch… it seems there are less that interest me…
Im Si Wan looks so grown up although this is from 2016. A heartfelt story during war time, children are the most disadvantaged, based on true story this will move your heart and you will rethink some things. 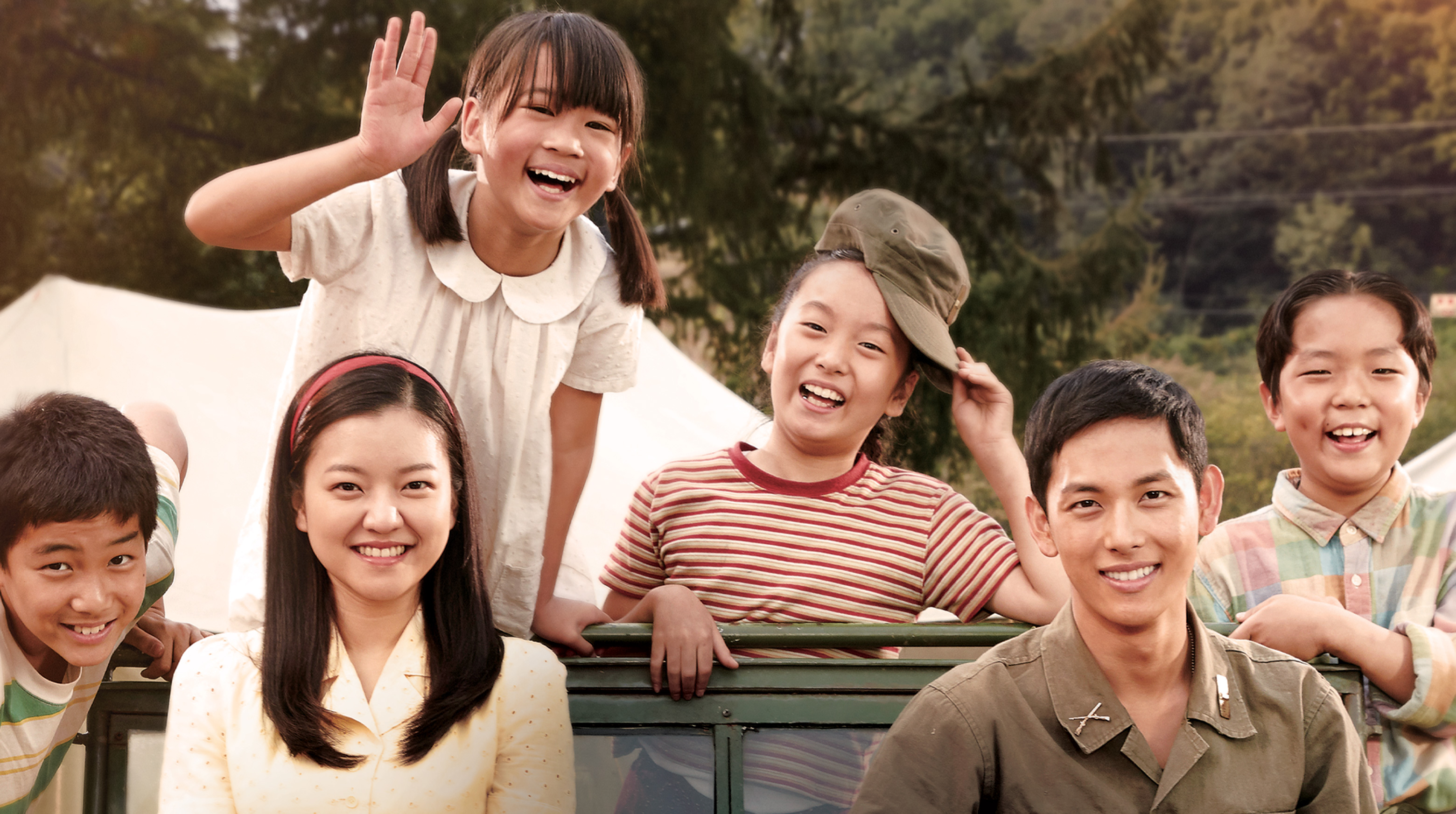 A Melody to Remember | Rakuten Viki

During the latter stages of the Korean War (1950-1953), Second Lieutenant Han Sang Yeol (Im Siwan) finds himself in the thick of the action. A former musician turned soldier, he believes in the transformative power of music, even though the war has...

I loved this movie! The music quality really was the best! 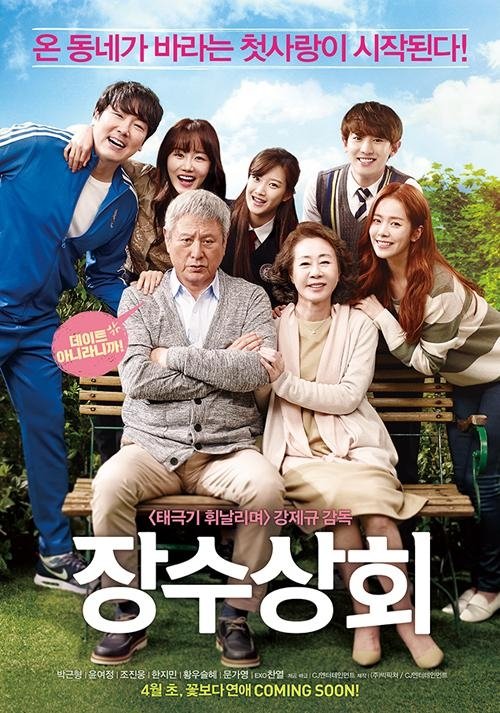 Salut D’Amour is a warm, heartfelt movie that tells the story of a romantic relationship between an elderly couple, Sung Chil and Geum Nim. Sung Chil,...


Half an hour in and it’s rather cute! Started watching for EXO’s Chanyeol and Youn Yuh Jung. They played EXO’s Don’t Go as an OST! 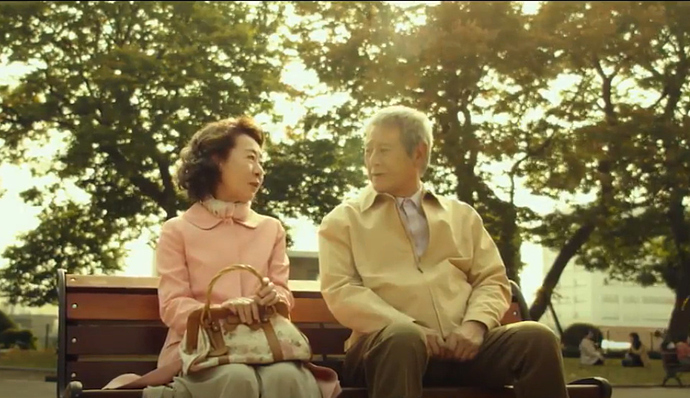 Edit: I just finished it. I really thought it would be a romantic comedy. And here I am now, bawling my eyes out. It’s a beautiful movie with a surprising plot twist, tackling a difficult, heartbreaking topic. The cinematography was really soothing. I highly recommend it to everyone here!

just watched ep 9+10, that were freshly uploaded, ah, which drama?
Gentleman and Young Lady. I just like some nice family drama, when it’s gray outside and starting to get chilly

Young Lady and Gentleman really is the perfect show for that. When I try telling the story to someone else, it comes off as flat and cliche. But there’s something very very addictive, comfortable, and heartwarming about the way they’ve presented the story. Though it’s a little predictable in places, it’s comforting and nostalgic. The main couple is ADORABLE, and so are the kids. I find myself waiting eagerly for new episodes ever week!
The only downside is the annoying ahjummas… I wish they were like the ones in Never Twice… annoyed the heck out of me but I hated it when others messed with them, and slowly realised I actually had a place in my heart for them!

The cat fights were ICONIC in that one. But oh well, I guess I can’t have everything, and the

button WAS invented so we could use it!