I just finished season 2 of Stranger. Ah, that smile gets me every time! And I love the female detective

Season 2 is different than season 1, more so that it’s a commentary on the actual way things are with police and prosecutors (if I’m not mistaken). But the later half of the season felt a bit more like season 1. I was happy I figured out some of the easter eggs quite early

Season 2 is different than season 1, more so that it’s a commentary on the actual way things are with police and prosecutors (if I’m not mistaken). But the later half of the season felt a bit more like season 1. I was happy I figured out some of the easter eggs quite early

So there’s a season 3 coming?

So there’s a season 3 coming?

The PD of Season 2, Park Hyun Suk mentioned this in an interview:

Following the conclusion of “Forest of Secrets 2,” the drama’s producers revealed that they are currently discussing the possibility of returning for a third season—and the second season’s open ending has viewers desperately hoping for more.

“We don’t know yet whether a third season will be produced,” said Park Hyun Suk. “But to quote Cho Seung Woo, who said that even Season 2 wouldn’t have been possible without the fans: if we do return with Season 3, it would all be because of the fans’ love and support.”

“Of course, if the drama does end up getting a Season 3,” he humbly remarked, “I think that there would be better choices [for director] than me.”

However, he added, “As a fan of ‘Forest of Secrets,’ I’d be honoured if I received an offer to direct.”

I really want 3rd season but with the director from the 1st season. I preferred his style a lot more!

thats why I said watch it, He didn’t smile to the end! thats what got me too. loved her as well wow 3rd season? that would be fine if they do something different from season 2

Well he did smile once before (I really can’t remember the scene though. Was he with the female detective? Was it after she helped him?), but it was one of those small smiles, not a huge one like at the end

Yeah, they give you clues as to who did it and why almost from the start.

fey fayer, I think you are right, I think I recall in the first season he did s mile

I am currently watching the show Kill It. So far i am liking it

I meant in season 2

Yes, in season 1 he definitely smiles.

I’m watching Snowpiercer (the series) at the moment.

hey everyone, I just finished Miss truth on prime, it was really good, thing is almost like Dr cutie but still was a good one, the screen foxes is ok, a stretch of the imagination is all I will say.

so back to Viki, thought I would re watch Dr cutie again, I liked iot and was cute.

may watch some other ones as well

feyhfayer, y’know I think you are right, he had a slight smile somewhere along the way. 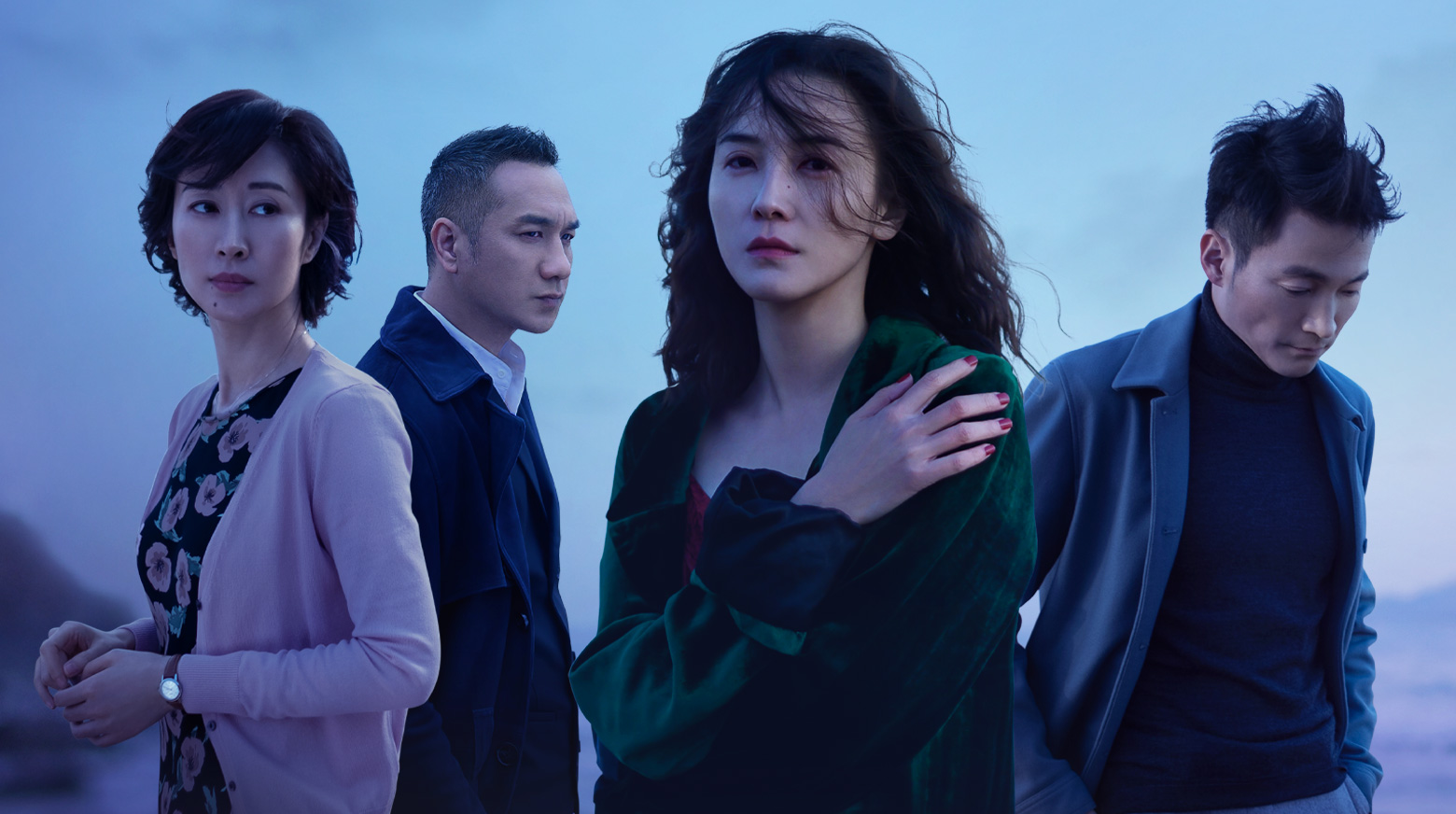 Known throughout the world of architecture as the ultimate power couple, Zhang Yi (Song Jia) and Zhang Xin (Yu En Tai) were the absolute envy of everyone they knew. Highly successful in their individual careers, it was only natural for them to be...

so its not a drama, but look!! 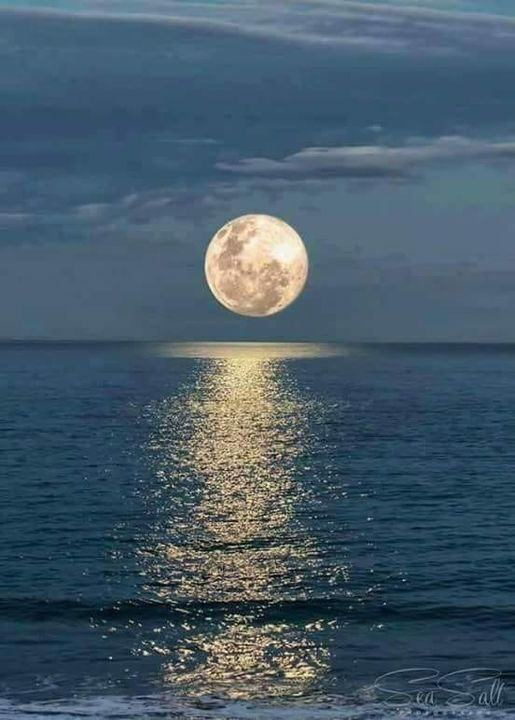 were we discussing Elona Holmes here? hopefully I got the right page! anyway I like to also browse books, of course Kendle freebes at amazon, anyway I found some books , mysteries called miss sherlock mysteries. Sounded quite interesting, but guess I will wait for the drama to come out, hehehe, quite pricy that one!

I just finished W yesterday night and I wanted to put this somewhere except the reviews tab on the drama (you know, I don’t want to rate a drama low). The drama is crudely made, seriously crudely made. There are so many episodes in the drama where I can clearly see the crew. In one of the starting episodes, I saw the camera in Lee Jong Suk’s car’s rear view mirror. Then I saw a cameraman AGAIN in mid series, this time it was even worse since he was clearly visible along with his camera sneaking in a corner with his camera when the antagonist was swinging a chair and struggling to get out from the cell. Then again I saw a shadow of the camera and a mic at a night scene in the last episode just before somebody’s death. There are many more along with these.
Then I didn’t liked the acting of both the main leads although the cartoonist was my favorite. I never choose a drama because of some oppa or whatever in it. It was my first Lee Jong Suk drama and I don’t say his acting was bad, it’s just that the character just wasn’t him. I couldn’t see Kang Cheol but just Lee Jong Suk. Just before the last scene, there was an incident where he had to collapse and the phone in his hand to fall from his grip, that fall wasn’t natural but it seemed that he deliberately threw the phone from his hand unconsciously.
Spoiler ahead, don’t read if you don’t want to be spoiled:

The drama definitely had a unique story something which could not be found in any drama so far and probably will not be found ever again. But I just want to know, which stupid idiotic girl will choose a man whom she met a few months ago over her dad? Even if I get Lee Min Ho or the entire Korean superstar pack in exchange of my dad’s death, I definitely won’t even look at them if it means my dad won’t be with me. Although the drama did had a hidden meaning of existential crisis and it dealt with this really smartly, I am not even going to accept my dad’s death in exchange of a really handsome rich yet fictional character

Just like Lee Jong Suk, I didn’t liked Han Hyo Joo’s acting either. I don’t know if this is the actress’s habit or was supposed to be the female lead’s habit, whatever it was, it was annoying. What it was? Everytime the Yeon Joo receives a phone call which is not in her favor, she puts her hand along with her phone on her chest which is incredibly annoying and feels weak for the character.

Then the make up team of the drama wasn’t good either. There is a scene where it was raining and Kang Cheol was wet outside his hotel. The moment he enters his penthouse, he his all dried with his hair fixed and dried, perfectly ironed clothes.
The production team lacked too. In the last episode, it was raining at the time of climax, of course, it wasn’t a real rain and just some rain showering in the scene. I could see the that the road wasn’t wet and just the actors were wet. All the visible part of the road wasn’t wet which should have been avoided by at least pouring a bucket of water in the road if you want the scene to look real.

I have seen so many dramas where the crew is visible or shadows of cameras, in Moments of Eighteen, the entire crew with director was visible in reflection of the window pane in school’s building and in Reply 1988, shadow of the camera was visible in the scene of a funeral. I let them go since they were never repeated but in W it is as if the team wants me to throw a fit with constantly making themselves visible in several car reflection’s and mirrors.

I am sorry if I bothered anyone here, you know, I desperately needed to put this somewhere and thought of putting this here.
I remember we were talking about W a few weeks ago and at that time @vivi_1485 told me not to watch but I still went ahead and now regret. I gotta get good recommendations from now on

this made me laugh so much!
I usually don’t notice stuff like that in dramas but oh boy I did see the crew in those times you mentioned, so they must be REALLY conspicuous!
there are so many problems with the drama like idk why I even got through the entire thing

I am sorry if I bothered anyone here, you know, I desperately needed to put this somewhere and thought of putting this here.

) till everyone was so done with me!

It’s fun to see how you went through almost the same thing I did!!

Just started watching Flower of Evil and OH BOY it is GOOD!!! The plot is so different and I have NO idea whom to root for! Lee Joon Ki on first glance didn’t look like he could do the role but WOW he’s good!!! The cast whom I’ve seen uptil now (2nd ep) are all pretty cool, and the cinematography is really, really good!! I love the sound effects and the music. I’m glad its not even all that scary (UPTIL NOW

) It’s so good I started watching after its done i would’ve DIED of suspense!!! This one is a REALLY good thriller, unlike W which felt just waayyy too much (especially the part where the dad’s face gets ripped off like WAHAAAT

how much I ranted over School 2015

I remember I read it somewhere here, you had a great serious discussion with somebody about not completing the series if I am not wrong.
I didn’t watched School 2015 though and it seems like I should not watch either

I should not watch either

if you value your sanity DON’T!!

But wow the more I watch Flower of Evil, the more impressed I am!! It’s seriously giving me thrills, the way the camera lets you see only what one character sees sometimes, and oh the hide-and-seek in ep3 was EPIC my heart was beating so so fast!!

I don’t even know what to think, I’m just speechless

thank you for a heads up on this one,might still watch, i love to find those things you mentioned, and in diffetent dramas and movies. you ought to find a historical one and see the stuff from today on there, a lamp, a watch, and a few more things. and you didn’t bother me at all

nope I stopped on the 3rd episode.

Haha, no need to apologize. Sometimes you just need to rant about a drama

I was watching Snowpiercer and man, it was so hard to watch because on multiple levels there are things that threw me off (acting, directing, writing, etc.)

I’ve re-watched a couple of Ghibli movies (Howl’s, Princess Mononoke & Nausica) and am now watching season 2 of One Punch Man (I’m laughing so much).