As a viewer, I’ve always appreciated and marveled at the clever word play in K-dramas. As a translator, I am realizing how it can easily lead to mistranslation which can cause confusion for the viewers. In this thread, perhaps we can share some of these acronyms, homophones, puns, and spoonerisms we came across while watching or translating K-dramas.

Recently, I came across the word 대출 (pronounced dae-chul) while translating for a mini-drama. When you look up the word in the dictionary or Google translate, it is defined as a “loan”. However, in the drama, it had an entirely different meaning. It was used to refer to “substitute attendance”. Can you share some other examples?

While translating from English to Dutch I often come across the word lieutenant. The Dutch translation is luitenant, but … in Dutch that word is only used as a military rank. In this case, however, a police rank was meant, so I had to do some research to find a comparable Dutch police rank.
If I would have just translated it into “luitenant”, the Dutch viewers might have thought he made a career switch, haha.

This is why I end up spending a lot of time researching while I translate so that I can provide my best, maybe not the best, subtitles.

Yes, me too. In some cases I first have to find out what exactly is meant and then think of how to say it in proper Dutch.

One thing that amazed me about Indian English is that passed out doesn’t mean fainting or collapsing in india as it usually is in other Englishes.
Here it means graduating.

Interesting! This just goes to show you that in order to be a really good translator you can’t just rely on your knowledge of vocabulary or grammar.

There’s also the fact that Koreans and Japanese (not sure about Chinese) answer negative questions in the opposite way.

Haha, example from a chat I once had with a Korean guy:

Oh, and floors are tricky too. In some countries the “1st floor” refers to the groundfloor, while in others it refers to the floor you first get to after going up the stairs.
So a 3rd floor in Korea is a 2nd floor in The Netherlands.

So true. Also, Koreans have two different numbering system. I am a native so I don’t even think about the rules but I just intuitively know which is right. There is one number that seems to get translated incorrectly more than 50% of time. 사, when counting number, is 4. However, 사흘 is 3 days. It irritates me whenever I see 사흘 being translated as 4 days. Next time you watch a K-drama, see if you can catch this mistake.

That’s very confusing indeed. So I suppose it was originally “삼흘”, but then the ㅁ vanished?

Actually, it’s because there are two different counting system. I think @ajumma2 explained it very well in another thread. Bottom line is instead of counting 일(1), 이(2), 삼(3), 사(4)… , we say 하루 (1day), 이틀 (2 days), 사흘 (3 days), 나흘 (4 days), etc… Very confusing, I know. It is understandable why so many K-dramas have the wrong translations but it does irritate those who are fluent in Korean.

O, yes, wrong or questionable subtitles can be so irritating. Even on sites that pay their subbers I see quite horrible mistakes, which distract me from the story.

Recently, I came across the word 대출 (pronounced dae-chul) while translating for a mini-drama. When you look up the word in the dictionary or Google translate, it is defined as a “loan”. However, in the drama, it had an entirely different meaning. It was used to refer to “substitute attendance”.

This just shows the subber’s lack of fluency in Korean, and many subbers are not 100% fluent (or even close to it). That’s why there are translation editors to help fix those mistakes.

There is one number that seems to get translated incorrectly more than 50% of time. 사, when counting number, is 4. However, 사흘 is 3 days.

Yes, 사흘 (3 days) is probably one of the most commonly mistranslated word. Many people mistakenly think it’s 사일 (4 days in Sino-Korean).

This American and British representations are always confusing.
In India, people speak British English but abbreviations and informal English or chatting is done in American English. It’s basically a mix of both.
So, I always need to double check or sometimes I even point out the floor I am referring to. My 1st floor might mean ground floor to the opposite person.

It’s basically a mix of both.

Here in The Netherlands we learn Brittish English at school, but there’s a lot of American influence by radio, tv, internet, etc., so it’s kind of a mixture here as well.

I just read a funny story about the floor counting confusion: 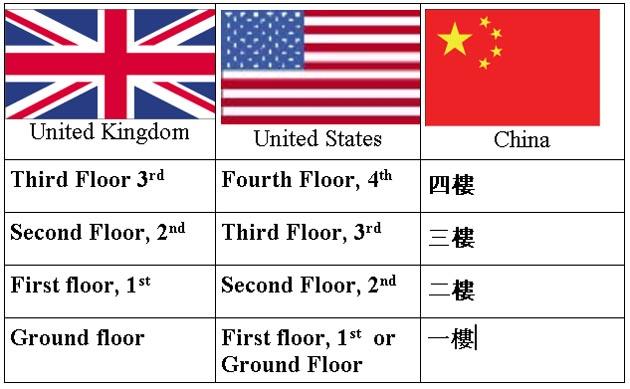 John Larrysson Column: Which Floor Is It?

One English problem that causes confusion in Hong Kong is the British and American systems of counting floors in a building. To add to the problem Hong Kong has its own variation on counting floors. Consider this conversation.

I’m not sure this fits in, but what comes to mind is something that was in I’ll Go to You When the Weather is Nice. In ep 12, there was one “pun” we came across that was fun to translate. It was definitely not the hardest play on words I have had to translate, but we still had to make a small adaptation.

Here it is (adding explanations for non-Korean speakers):
A boy says he is a 천덕 (cheondeok), as an acronym for astronomy (천문학, cheonmunhak) and nerd/geek (덕후, deokhu, which I read is from the Japanese term “otaku”). But the older guy he is talking to doesn’t have the “youngster reference” needed to understand the acronym and associates the word to a phrase he knows, 천덕꾸러기 (cheondeokggureogi, which means someone who is looked down on). So in Korean he replies something like “Why are you telling me you are treated as a nuisance / despised?”. Then the boy explains “I’m saying that I’m an astronomy geek, a 천덕.”

It felt like such a pity to leave out the joke, so we thought about it and decided not to translate literally but to keep the original intent. We went with:
- boy: “I’m an ASMA.”
- other guy: “Why are you telling about your asthma?”
- boy: “What? ASMA, AStronomy MAniac. I’m an astronomy geek.”

I always love these kind of things. It can be frustrating when you can’t find the right way to translate it, and it’s really time-consuming, but it’s also some of the most interesting part of subbing!

Haha, I definitely get it! Like I said, I marvel at the clever wordplay in the K-dramas and I wish there is some way to explain them to the viewers without getting too long winded. I created this post partly so that we can share some of these examples and perhaps learn from each other. I, for one, am having a hard time keeping up with all the new slangs and acronyms. Like you, even if it’s time consuming, I want to try to translate as well as possible so that the viewers can maximize their enjoyment.

@mirjam_465 and @emilyazel, since both of you are in the Alice team, I wanted to share with you a scene from Episode 8. This is a conversation between the mom and the younger daughter when the mom finds out that the daughter quit her job.

The key word here is 안맞아서 which is translated as “doesn’t fit” in Google Translate but it can also mean “not beaten up”.

This is why the scene is funny but the humor is lost unless you fully understand the word play involved.

This example from Alice is really funny! And like you said, there are so many in K-dramas but we can’t always translate them. Sometimes, like in your example, it’s just one joke in passing and the best is to ignore it and just translate the dialogue smoothly, but other times it’s a central part of the scene and we either have to find an equivalent or just explain it. There was the 무감정증 / 무정자증 joke in Alice too (I think it was ep 5): he says he has 무감정증 (mugamjeongjeung), which is alexithymia, a medical condition where someone is unable to be moved by emotions. But she doesn’t know the term and thinks of something close in sound, 무정자증 (mujeongjajeung,), which is aspermia (medical condition causing infertility). Since they are talking about the reason why he doesn’t have a romantic partner, it makes sense in her mind and it’s also difficult to translate it any other way than by keeping the original.

I wish there is some way to explain them to the viewers without getting too long winded.

When I can’t find a way to translate the wordplay as a wordplay in a drama, and have to leave out the joke from the sub, I usually still leave a note with an explanation in the team discussion, because maybe in some of the other languages the pun works and they can include it in their translation.

I, for one, am having a hard time keeping up with all the new slangs and acronyms.

Recurring acronyms (e.g. 과수대 for 과학수사대, forensics/CSI) can be manageable when you have context, but they’re often so misleading! Slang is the worst for me. As a non native speaker, I struggle with slang so much because it changes very fast, there are always new terms I’ve never heard elsewhere. Usually it takes a bit of thinking and digging through dictionaries and naver 지식in in hopes for the explanation.

Love Revolution is full of slang (as expected of a high-school webdrama). And it even has gaming slang! So it needs a bit of research into video-games vocab. I would be useless on this drama if we had no Korean script, because I need to at least figure out how to spell it to even start to look for the explanation (plus, the script itself also has explanations for some terms, and I can also sometimes find the phrase in the webtoon the drama is adapted from).

I created this post partly so that we can share some of these examples and perhaps learn from each other.

It’s indeed nice to share some of our examples so we can have ideas for future instances. I probably have quite a few examples in my notes for past works, if I find anything useful I’ll share it.
For now, here’s a short list from Love Revolution, but it’s mostly slang so it’s not really “wordplays”:

And this one that I discovered in Do You Like Brahms? (even though it’s probably used a lot):