Seeing her reaction and speech makes me like her even more, what a wonderful person with great sense of humor! Congratulations!

Here is her Speech:

And an interview she did afterwards:

And if you don’t know who this person is. You likely saw her in quite a few Kdrama

Here is her Viki profile: 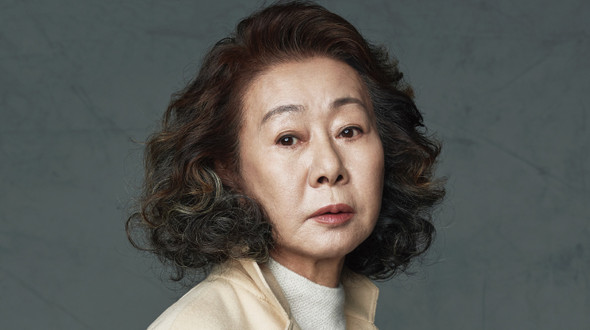 Youn Yuh Jung is a celebrated veteran South Korean actress whose career spans more than five decades. Born on June 19, 1947, she made her acting debut in the 1967 television drama “Mr. Gong,” for which she won the Best New Talent award at the TBC...

More information and a complete list of her work can be found here:

Youn Yuh-jung (Korean pronunciation: [jun jʌdʑʌŋ]; born June 19, 1947) is a South Korean actress, whose career in film and television spans over five decades. She has starred in many well-known South Korean television series and films, gaining international recognition for her role Minari (2020). Her critically acclaimed portrayal of Soon-ja in the film made her the first Korean actress to win a Screen Actors Guild Award, British Academy Film Award, Academy Award, as well as a nomination for a Cr...

I thought she deserves a topic

I absolutely love her

Her speech was absolute gold haha

OMG, thanks for sharing this. Love her acceptance speech here! She seemed to be genuinely shocked to have won. She is too funny! “approved by the snobbish people!” lol

+1, thanks for sharing! Epic and phenomenal. I appreciate how she remains true to herself and her heritage throughout.

Before she won the BAFTA award, she won the Screen Actors Guild award for Best Supporting Actor winning over luminaries like Glenn Close and Meryl Streep!

I LOVED her Master in the House episode. She’s absolutely hilarious and they were definitely terrified of her

She is a great actress as i said before, a bit rough on the edges, but makes up for it by saying a funny joke and making everyone laugh.

I am sooooooooooo curious to know if I saw it right; her award was that green ‘‘guiro’’ (instrument in my island) looking thing? I have never in my life expected to see such an awkward looking award. She made a big mistake by thanking them for all the jewelry they gave her, so she tried to say it wasn’t a bribe at the end. Learned lesson; they might not receive an award, but they should write what they would say in case they win.

Her English is quite good. I loved her in MY HUSBAND GOT A FAMILY. She can play evil or good with great mastery. I’m her fan since 2013 when i saw her in this drama. I watch all she’s in. Minari waiting till I can watch for free.

Hopefully she will win this award too at the 93rd Academy Awards, can’t wait for an another awesome speech!

… and the Oscar goes to …
She is a wonderful actress and as she said maybe a bit more lucky than others this year.

Forgot to add the videos

Thanks for sharing, @dudie an enjoyable watch

Congratulations to her!!
Such a rich share, thanks so much!
Her responses are so unpretentious!
True to her roots🇰🇷

Article by Soompi where other Korean celebs congratulate her

You know @dudie, her honest response at the awards, and replies in the inquires has the ring of truth. I believe I can say what I’m about to say, on these threads. Her award is

reflective of her talent, but the timing of the award reflects a fight back at Asian Hate, and in her words as she puts it, “. . . American hospitality for the Korean Actor, I think . . .”

@sa11 I watched that episode and the episode where they invited their former masters in resto. A TRUE MASTER!!

SEE! It’s not just us snobs that liked her!

I just love the fact that Hallyuwood has overtaken Hollywood, even though Korean actors are paid less.
It’s the same with music, even though Kpop artists enjoy less freedom.