Yes! I second that! Loved him in Mr. Sunshine! 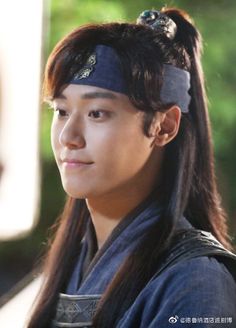 ahhhhh why did you post that I’m already starting to cry again! I wasn’t able to watch Hotel del Luna because of this intenseeee SLS I felt right at the beginning because I’m TERRIBLY biased towards LDH

Definitely remembering Jennifer again! I love her!
30 but 17

The Best 2nd Main Male Lead on the Planet!!! 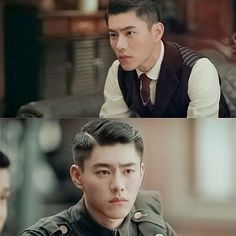 I’m usually not in favor of 2ml because I know they won’t get the fl anyway.
But!!! Junshan was such an amazing character it’s hard not to love him.
Plus, ml (XuKai) was such a brat in the beginning of the drama, I wanted to clobber him! Lol

Why did I think this was Hyun Bin and Son Ye Jin?

Then I realized that Arsenal Military Academy is a c-drama and paused to look at the gifs a few more times, and their faces slowly morphed into what they actually are

I do that too when I am infatuated with a celebrity or person and I start seeing their features on other ppl. HAHAHAH

Watching a drama for 30+ episodes long and then watching a new ones, takes a few moments to get use to the new faces lol

Well he is a hunky hunk hunk!!!

Well he is a hunky hunk hunk!!!