ANYONE else BAIL on Dramas when YOU know the SAD part is coming? Or is it just ME

I have jumped ship on several and need to go BACK! Maybe it is Just Me! I’m the Crazy one!
I get SOOOOOOO attached to characters. Seems like it happens around Eps 10 when I know all dramas start getting DRAMATIC doesn’t mean they will end sad but GEEZ I have Issues.

Descendants of the Sun

Legend of the Deep Blue Sea

I JUST need to FINISH THEM! RIGHT! Give me some encouragement! NO spoilers!

You have no idea…

I’ve stopped soo many dramas in the middle. Some I go back to and finish (Love Rain, High Society, Lost Romance,) some are still waiting (D-Day, 100 Days My Prince, Just Between Lovers, and more) and some I just can’t finish (Tempted, Love Alert) I guess it isn’t so much a sad part but when the anxiety starts going up I go find something else to start.

I guess it isn’t so much a sad part but when the anxiety starts going up I go find something else to start.

RIGHT! We are so the SAME. I am fixing to jump Mr. Queen. They had a beautiful moment and I know the ANXIETY is going to start!!! I know it! It’s gonna get rough I can feel it. I went back to Devilish Joy last night and I have been avoiding it ALL day! I’m cokidoodles

Oh, High Society I LOVE so much but PHS!

JUNHO Just Between Lovers I can’t even start because I know I’ll die but I wanna watch it so much.
Tempted I want to watch because I love Woo Do!

We CAN DO IT

Every once in a while I’ll really want to know how a show ends, so I’ll go find an episode by episode synopsis and just finish that way (My Strang Hero.) Sometimes I’ll also read a synopsis before watching the episode, I can handle watching the drama easier if I know what’s coming. Kinda sad.

I try SO hard not to spoil it! I look at reviews and accidentally do some times.

Like Another Oh Hae Young! I was crying at 2 am - I didn’t see what happened coming! These dramas kill me sometimes! Deep Breath

I do that when I can’t watch any more but want to know how it ends. I never finished watching My Strange Hero, I only read the play by play from a blog.

If I’m going to keep watching I’ll just read 1 episode at a time before watching it, I don’t usually do that with the last episode though.

I do that when I can’t watch

We seriously have issues don’t we! hahahaha! Why do I get so attached. Never happened in a Western Drama

I’m dodging going back to Mr. Queen by talking to you guys!

Why do I get so attached. Never happened in a Western Drama

It only happened once for me in a western drama. One season finale of X-Files I was in tear at the end, my husband thought I was nuts, I was actually inconsolable. The beginning of the next season they’d trolled me too bad, I was never as attached to the characters again. Then comes along KDramas, but they only last a season, which I really like. I know everyone in the comment section begs for season 2 of shows, but I’m happy with just one season then I can move on.

I was actually inconsolable

Goblin did that to me and parts of Crash Landing on You! I CANNOT even describe the scene or talk about parts without crying! I am a big cry baby. I will have to think if I did that with a Western Show…hum

I do this with books. I never read the last Harry Potter or the last Twilight

Haha, every once in a while there is a drama I just can’t get myself to continue it’s not only or less because of the sadness setting in. More often it is because the turn of the story disappoints me, or even annoys me.
Sometimes in the past I was “closer to the water”, I watched Robber and after the second last episode I just couldn’t finish it. Took me years and someone persuading me, knowing about the ending but not spoiling it for me.
Secret Love Affair another one stopped in the middle, everyone was oh, ah about the main couple, but I was so fed up because of the corruption and manipulation of people, it was so ugly to me, I couldn’t enjoy the development of the love between the main leads. After the year of the broadcast it took me till last year to finally finish it.
There are others but there are also those “waiting in line”, such as:
Daiting in the Kitchen - ep 11 - I think I might be just bored, but well I haven’t given up yet. but it’s there since last year.
Are you Human? - ep 15 - I think I have an issue with abusing/manipulating others even if they are considered a machine.
Come Back Couple - halfway through, I stopped, then it lost the license, but it is back again - I am still not sure if I want to go back there.
High Society - dropped it after 2 episodes if I am not wrong, might have been because I think it reminded me a bit too much on Heirs, don’t ask me why, or do. I think I did the same with My Strange Hero, …
There are so many that I do not even want to start:
Descendant of the Sun, Tempted, Love Alert, Empress Ki (Maybe it’s the chicken in me afraid to start such a long drama in these times, well since I watched Queen Seon Deok and Legend, both rather long costume dramas.)

I watched through without taking a break:
D-Day, Another Oh Hae Young, 100 Days My Prince, Just Between Lover - a favorite of mine, Devilish Joy, Mr. Queen, …)

I watched through without taking a break:
D-Day, Another Oh Hae Young, 100 Days My Prince, Just Between Lover - a favorite of mine, Devilish Joy, Mr. Queen, …)

I really want to finish D-Day, the head of the hospital gives me so much anxiety though.

I couldn’t finish Are You Human either, I don’t like how the female lead is written. Making her abusive and deceitful, doesn’t make her a strong female character, to me it makes her unlikeable. I only got to ep 7, maybe she was going to have major character development but it wasn’t soon enough to keep me around.

It is worth just focusing on Park Hyung Sik he is phenomenal in High Society.

I know how much I will love it, Junho is my fav!
I loved Wok of LOVE so much

Ji Chang Wook is phenomenal in Empress Ki! I just know some things that crush my soul so I need a valium to finish because I love him and the character so much

I had a friend that liked it but she and I are HUGE Seo Kang Joon fans.

OK part of my problem with Mr. Queen is I can’t get past the

scene in the hallway!

like @lutra I usually get want to stop when the drama takes an annoying turn…this happened with Secret Life of My Secretary…they dragged the secret out so long that I really didn’t want him to find out. It was a whole weep fest after that and I sat there skip skip skip skip…that’s how I handle dramas. No matter what, I NEED to finish them because I just CANNOT leave dramas like that, I NEED CLOSURE (exceptions are Her Private Life and Love O2O because they were just way too boring I could leave them anywhere in the drama and it would be okay. I also left It’s Okay to not be Okay halfway but that’s for a different reason)

DO NOT STOP, I repeat, DO NOT STOP! It might shatter your heart in the next ep but don’t you worry, the turn in the story totally makes up for it. Since I cannot give you any spoilers, all I’ll say is you’ll be extra extra happy with the way things turn out. The real world is really not so bad, and the writers don;t make you wait too long. There’s also a turnabout in the chasing so it’s extra fun!

Descendants of the Sun

again, this one completely, totally compensates for any heartbreak it causes you. It’s one of the most satisfying endings I have ever experienced so GO FOR IT, you can DO IT!!!

the last episode is pure gold, I’ve watched it way too many times.

Legend of the Deep Blue Sea

ends well, again, you don’t have to wait very long for things to get better again…writers don’t drag you through fire and ice for eternity like some dramas I can name

Oh my GOSH! I could watch Her Private Life over and over but I think Kim Jae Wook is so SEXY!

Thank you for Your Encouragement! DOTS and LDBS - I can do it! I love Minho so much! and Now after Vincenzo I love Song Joong Ki - (I just don’t like the FL in DOTS) I figure if I don’t watch it - it won’t break my heart 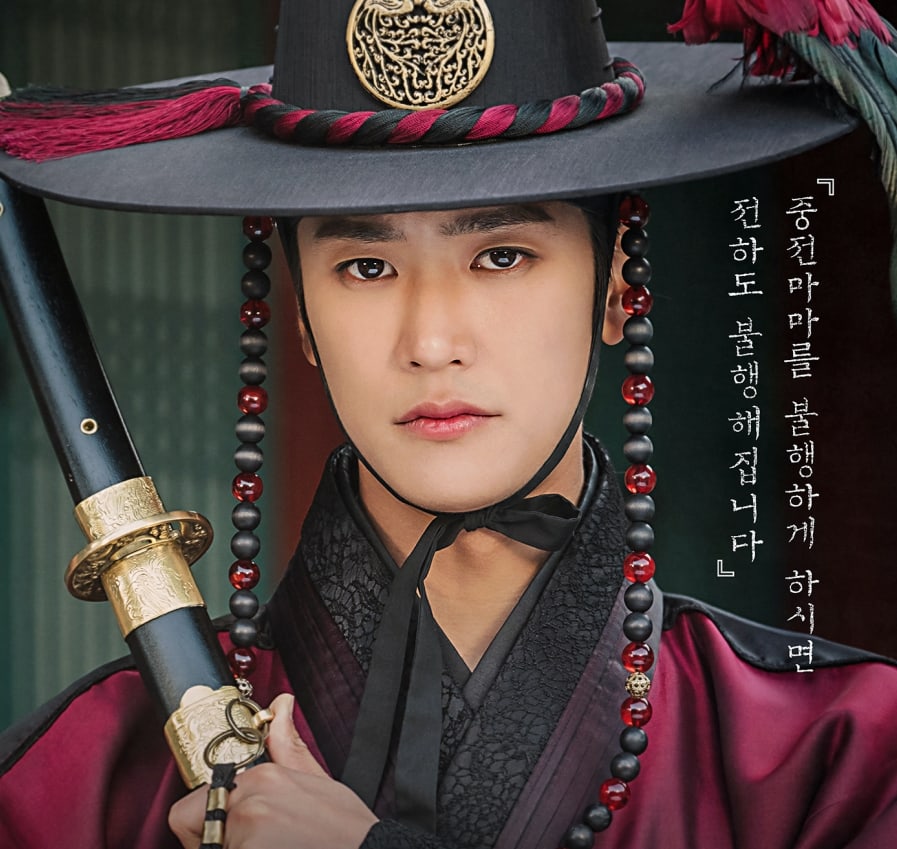 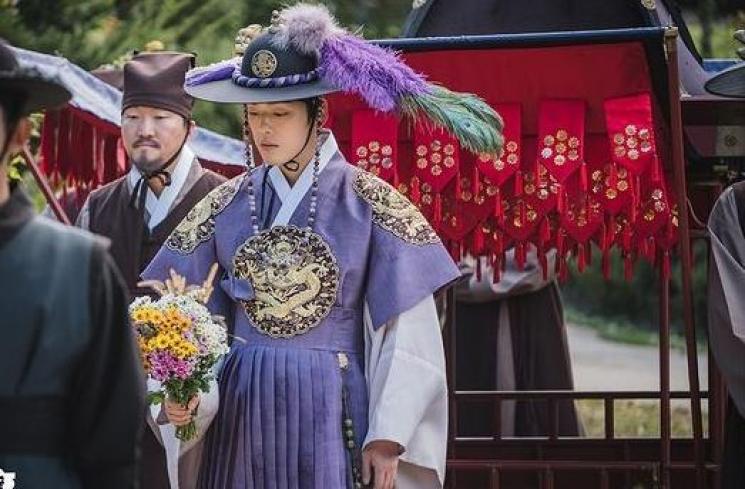 I ABSOLUTLEY love these costumes with the beautiful colors and feathers! Just saying!

Mr Queen is so good; Deep breath I can do it.

The King, The Prince, The Cousin

oh thank God I’m not alone!! I think it has to do with my form of escape. I watch to escape anxiety and I don’t want the other shoe to fall. It makes me anxious. So sometimes when the main love interest connects and it’s perfect…I stop watching. it’s enough of an ending for me. I don’t need my heart ripped out. There are a ton of dramas that I loved but stopped watching because I just didn’t want to see the relationship fail.

I prefer happy endings. Sometimes I watch sad endings provided they’re set up well. A lot of writers don’t seem to know how to create a good sad ending (this is just my opinion).

For this reason, I always keep Orson Wells’ quote in mind: “If you want a happy ending, that depends, of course, on where you stop your story.”