This might bring up all the topics with wikis in them. 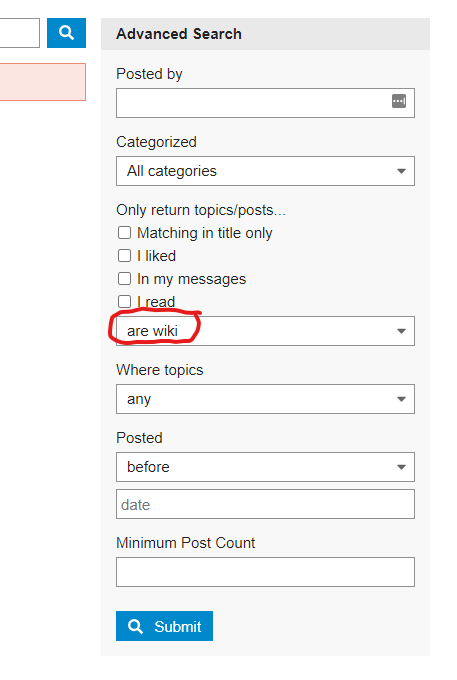 Haha sneaking into my Wiki is some next level creepy stuff

Hope @kdrama2020ali knows that Viki is snitching on her drive by stalking!

I CANT EVEN STOP LAUGHING

Since I started the whole Badge topic, I just want to say that I really do not think anything that people discuss here is actually off-topic.

Because the number of things that one may do to obtain such marks of distinction is so wide-ranging and unbelievable that I daily find myself alternately baffled, skeptical, cynical, hysterical, resigned, and did I say hysterical?

Regarding the production of a “Viki Original” drama by actual Viki community members, we got the tropes down pat.

This would have to be a truly heavily moderated endeavor by one of the subbers who understands that when a character says, “삼촌,” the sub–at least the English alphabet version–should read “samchon” and not “uncle.” Or the character’s name because somebody is afraid that a new viewer might not “get” that so-and-so is a beloved uncle figure EVEN if not genetically such.

My favorite “samchon” right now is Yong Goo in A Good Supper, portrayed so well and so movingly by Han Jung-ho. (And I absolutely LOVE that the literal translation of the drama’s title is “Be A Meal”–that has such spiritual and emotional significance for me.)

I find myself, when I hear other characters distinctly calling him “samchon,” shouting, “No, that’s wrong!” when the sub says “Yong Goo.”

There are other people in the drama who are also at times called “samchon,” but the plot is not so completely convoluted that it’s hard to tell who is being referred to.

If, by the way, I have just dissed anyone who worked on the subs for A Good Supper, I apologize. But, in the complex hierarchy of Korean social and familial relationships, it seems to me that those who fill the role of “samchon” and “imo” are powerfully symbolic characters, either the embodiment of sacrificial love, or the embodiment of utter selfishness. And they should be “subbed” as such.

(One thing to consider when doing a drama synopsis might actually be to included a brief vocabulary list when certain familial relationships play a big role in how the storyline moves forward.)

At any rate, somebody with some Viki-subbing chops could start a topic such as: Soo Ma Ri [Mary Sue] Is Driving Me Crazy . . . or Bling Went The Strings of My Heart . . . or You Can Stand Under My Umbrella . . . and let the games begin!

Don’t think so, but if there is a Discobot, I am sure it/he/she looks like this Giphy creation.

I think if we could russel up some real prizes like in The Amazing Race, hint:

obtaining the Certified Badge, might prove Certifiable, with merits!
(Sorry, I was headed to work yesterday, and never properly finished replying)

I got this today

That means we have 50 likes per day

Most of us turned into badge w*****, trying to collect as many badges as possible like they were Pokemons

Haha true that! I was once so crazy about Pokemons and Pikachus that I had amassed several albums of them. lol. Then I gave them all away to another even crazier fan. lol. It was so much fun though. This… pales in comparison. As of now. 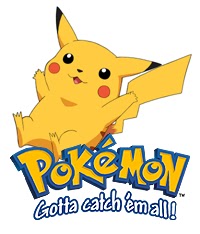 I got this today

My favorite “samchon” right now is Yong Goo in A Good Supper , portrayed so well and so movingly by Han Jung-ho. (And I absolutely LOVE that the literal translation of the drama’s title is “Be A Meal”–that has such spiritual and emotional significance for me.)

And yeah, I cannot understand why “they” (may not be Viki volunteers, but a couple of competitor sites do it all the time) would subtitle his name instead of his status/seniority, be it affectionately or age-wise. That’s plain wrong. I cringe whenever I see that. In Asian/Korean culture, that’s considered a disrespect, let alone being impolite (or rude, to put it harshly).

I don’t know how the title became “A Good Supper” either. Then again, many titling of dramas made no/little sense, if at all near to the original meaning(s) that writers/producers intended.

Y’all I’m so mad I’m in heart jail rn!!
I don’t care. I keep giving hearts and though it warns me that my likes are over, the heart remains 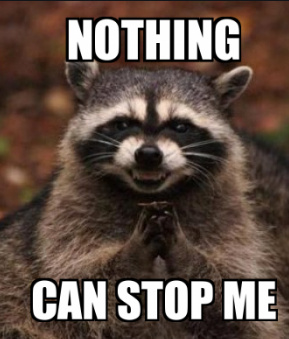 My Secret Terrius is FULL of this

The kids call him “ahjussi” but they subtitle it to his first name!! (Not only is it disrespectful, but I find “ahjussi” such an endearing term). I also hate the way they don’t subtitle the English. Even though I’m fluent in English, it’s distracting and a little hard to suddenly switch languages. I’ve noticed all this stuff on other sites, but not on Viki.
No matter who is in Viki’s volunteer teams, they definitely would NEVER do this.

Just checked and saw that My Secret Terrius is “English subtitles only”, so our volunteers can’t touch it

Just goes to show how good our subbers are. WE LOVE YOU!!

You let me remember all kind of song, while expressing your frustration. LOL

My Secret Terrius is FULL of this

The kids call him “ahjussi”

Mr. Bon - something my German brain can’t even, since in our language there is the “friendly” form of address and the more polite one, aka Du or Sie. Since it is translated Mr. in German Hr. (Herr) Bon, not really used like this it would be either be Herr and his family name in usage with Sie polite form, or only his first name with Sie as a polite form, but this is something more used at some workplaces, not really people you see every day privately, even for kids. I would stay with Ahjussi, because there just isn’t a term more fitting. Well I am thankful I even got to watch Terrius, but the subtitles put me off more than once and my mind was, ah - bear with it.

Well I am thankful I even got to watch Terrius, but the subtitles put me off more than once and my mind was, ah - bear with it.

Same. Glad I was able to watch it.

I would stay with Ahjussi, because there just isn’t a term more fitting.

I think the majority of viewers know the word “ahjussi” so it should be fine to leave it as is with a translator’s note for the first word. Hyung, Noona, Oppa, Ahjussi, Ahjumma…they all have a different flavor. I was really mad when they made it look like the CEO was calling his secretary by her first name…excuse ME!! That’s going too far!

No, it actually doesn’t

Trust me, others have tried

Obvs the titles of Asian dramas in languages other than the original languages and scripts sometimes have no literal equivalent.

Marketing those dramas to a potential world-wide audience (with hopes of sucking in more eager B---- W-----) means somehow conveying something about the overall feel of a particular drama in a way that says, “YEAH! Let me spend that $9.99 a month!” But not just that, it’s got to be “YEAH! $9.99 a month on VIKI!”

I think of the concept “the elevator pitch.”

The trope is a flamboyant creative type managing to blurt out his or her proposal for an entertainment moneymaker to a calculating chaebol type when they accidentally cross paths during a brief elevator ride in some skyscraper.

The less confusing and puzzling language that the chaebol has to process, the better.

In the past, when I have described to curious folks the “typical” story line for a K-drama, I have always joked: “She’s poor and annoying yet kind and brilliant; he’s rich and boring yet fair-minded and brilliant; they meet on top of a speeding panel truck at midnight in January near the DMZ; merriment ensues.”

Regarding 밥이 되어라 I am on episode 76. I am beginning to think that Samchon is the character in certain medieval European poems known as the Holy Fool.

In a couple of versions of the Arthurian legend, the young knight Parsifal or Percival–because of his pure and spiritual devotion (and some would say naive devotion) to God–is granted a vision of the Holy Grail, gold chalice filled with Christ’s blood. Parsifal is pretty much the main motivator and rift-healer among the Knights of the Round table.

Again, there are no words. What a beautiful, beautiful drama.

I saw a great K-drama on Netflix in which a country family of some repute was trying to marry off their “agassi” in order to secure funding to keep the family house from complete collapse.

There is a scene in which a hapless young man from Seoul ends up having a conversation with the “agassi” in which she is modestly talking from behind a screen. He thinks he is talking real estate; she thinks she is talking marriage.

Very funny, especially since the “agassi” is so determined to uphold her conservative family’s precarious existence that she ends up in the most embarrassing situations which (ironically) show that she is definitely the sanest, most stable one in the bunch.

Now I can see the wiki edit icon on your post above and below (clicking on the above shows the html of corrected post, this concept is kinda interesting and new for me), gosh that looks scary “the possibility of editing your post”! I haven’t activated mines… not sure if it’s good or not

@lutra how come you have the wiki badge when I don’t see the wiki edit icon on your post, can you actually retract it?? Or perhaps I have to activate it in order to see it?? This is so confusing…

Why is this thead so active? :0 What’s going

I think folks are just curious about these features which weren’t much “discovered” and the hype started… it’s perhaps not that much about the badge itself but about “how to get the badge” since you have to communicate with a “discobot” AI and it’s kinda fun!!

It’s perhaps a domino effect, everyone cheers after getting the certificate and/or the wiki editing badge… meaning special access to editing posts obviously “in good faith” which I think won’t happen, unless in really grave situation if at all…

Can you recall which drama that was?