I find myself frequently drawn to, even passionately attached to those art forms considered primarily if not completely literary in origin (thought they may be adapted for visual or aural purposes), particularly those modern cinematographic forms known as the vlog and the video which promote international concepts of culture and history that are not normally enjoyed by individuals of my background, education, and experience but which nevertheless embody and echo my own human experience (even though those forms showcase languages not my own and experiences not my own, to wit, Asian television series and movies).

@kdrama2020ali, you know how to cut to the chase when commenting on Asian dramas, so why don’t you give radical editing a shot?

Unless you are scheduled to go out for some “hottie spotting.”

could you give us an example to start us off?

I already gave up when I had to go ask my mate Mr Google what a Latinate was and thought that this was some weirdly complicated form of Latin word game. I must have caught a sever case of PKU!

I already gave up

And you live in the UK, so I assumed your first language is English, maybe I am wrong?
@misswillowinlove My first language definitely is not English, I was like 7OO\ - I think - I need help or what I lack more is sleep … But it didn’t help. I know what you wanted to do, but I am too busy these days, so normally I like playing with words but at the moment, I don’t have the mindset for it.

In case anyone remembers where I am living and saw pictures of multiple high water events in the western part of Germany, I am far from there and living safe. I only hope that all missing people can be found and rescued, this is by far the worst I have seen in my life, and it has been some years. Even a firefighter said in his 38-year-long career he never saw anything alike. It is just one horrid sight at some places. May they all stay safe.

And you live in the UK, so I assumed your first language is English

It is, but due to strange past, I was learning English until about 6, bounced to HK for 2 years where I had to learn Chinese (Cantonese) for 2 years from scratch because my parents Chinese is a smaller dialect of Hakka, bounced back to UK where I had to restart learning to read and write English in remedial class when everyone my age was learning all the good stuff like grammar.
All this before the HK handover so not learned any Mandarin which was mandated to be taught in HK schools after the handover, so missed out on that for watching C-dramas. Have 2 years of very basic Cantonese, intermediate in Hakka but it’s rarely in any media. 0 Korean for K-dramas. And of all the languages I did want to learn is Japanese! (for J-drama and anime)
So while I do sound like I know English, I am a 6 year old at everything.

scheduled to go out for some “hottie spotting.”

HOTTIE Spotting does take up most of my DAY

But when brain cells are working I might give the challenge a go.

Oh my gosh! I’ve only just caught up with the news on TV! Thoughts and prayer goes out to all affected. Glad to hear you are safe. Hope any others in our international community in the affected regions are safe too.

Hope any others in our international community in the affected regions are safe too.

Ditto! I hope the same, the more I see about it the more I think, oh my gosh it’s so frightening. It’s in my state/province but further north and in another state, North Rhine-Westphalia. The first “wave” is over, the next thing is these normally small “streams” are now rivers and when they go to the big rivers like Moselle and this river goes to the river Rhine. The Rhine might be manageable, we will see.
Death toll now over 40 …

Sorry, for going off-topic - I won’t be posting more about it, if anyone wants to know more, you can PM me.

you are in a safe zone. I pray

for those in danger, may the life will God already bestowed, materialize, and they all will be well, and good.

Jamaica, has seen this too, if the threads allowed video clip sharing, I would’ve shared. Just like this unusual weather, where the seasons seem blurred into each other’s seasons.

Sorry, for going off-topic - I won’t be posting more about it, if anyone wants to know more, you can PM me.

Or you can go to this thread I created for just this kind of purpose. (☞◠‿◕)☞

Oh my goodness as soon as I heard the news I thought of you and logged on to Discussions! I thank God you are safe, and my heart goes out to all the affected people. Hope the damage and death is contained and people get out safely. All sorts of things are happening nowadays and all we can do is pray and reach out to help however much we can. 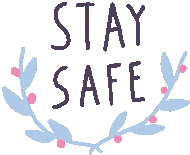 @kdrama2020ali Don’t worry about me, I live almost 200 km away from the region that was hit the hardest. Even if my town were flooded, I live at a higher spot, so it is highly unlikely I will get wet feet.
Okay, now the weathermen have evaluated the disaster, as it is one, and called it centenary rain.
In my town there was a heavy rainfall 3 years ago, depending on where you were in town 70-100 l in 3 hours and down town was knee-deep in water.

I live in Maastricht, a city in the south of the Netherlands which is very close to Germany and Belgium. The last few days it rained constantly. There is a lot of water in the Maas river and the people from the city hall are giving tips for people who live in the lower areas of the city. Also, people from certain neighbourhoods that border the Maas are ordered to leave their home becaues the expectation is that the river will overflow this night.
I live in a higher area away from the river, so it’s not really affecting me a lot, but it’s still scary to think about what can happen.

Take every precaution, even if you think you are safe, but near the affected area.

Historically, the Brits, even the average blokes, have been taught in school to use “elevated” language on a daily basis in public discourse.

England–being an island nation AND a seafaring nation AND a busybody nation–has (since forever) sent its “improving” ideas out everywhere AND at the same time brought back immeasurable quantities of new words to throw in its language stew.

That is why, in the academic sense, English is not a simple language. It has many elements of what are called “pidgins” or maybe “creoles.”

"A pidgin, or pidgin language, is a grammatically simplified means of communication that develops between two or more groups that do not have a language in common: typically, its vocabulary and grammar are limited and often drawn from several languages. It is most commonly employed in situations such as trade, or where both groups speak languages different from the language of the country in which they reside (but where there is no common language between the groups). Linguists do not typically consider pidgins as full or complete languages."

The much reviled statement “No tickee, no laundry” is one example of a pidgin. There are arguments about its origins, but it was used (for better or for worse) in the early days of Chinese immigration to the United States.

A creole on the other hand, is a formal language that has absorbed the improvisations of a pidgin to the point that they are used as part of daily communication, babbled by infants, taught in school . . .

When Does a Pidgin Become a Creole?

In linguistics, a creole is a type of language that developed historically from a pidgin and came into existence at a fairly precise point in time.

You, Mr. Smarty McSmarty Onions, are an amazingly precise user of the English language. I don’t know if you, like Kenneth Branagh, took advantage of grammar school to master “received pronunciation” as a social and business tool. He is from Ulster/Northern Ireland, and those folks’ interesting accent, like all “outlandish” accents have (historically and sadly) make it difficult for certain inbred types to invite them to the “hice” for tea. Never mind that cranky, independent-minded, “don’t tell me what to do” attitude. So it seems to have always been a feature of the British educational system to train happy little chldren to sound slighty like constipated cows.

The point is that you use English better and more precisely than I do.

Latinate simply means fancy-schmancy. And Latinate words entered into English as she is spoke when William the Conqueror came over in 1066 CE and defeated King Harold II in the Battle of Hastings Major Pain in the Ass for Grammar School Kids Smackdown.

For my money, anyone growing up in the midst of the wild and wacky culture of the British Isles has marvelous linguistic abilities right out of the starting gate. And anyone who has taken the trouble to learn English well when their heart language is much different is already ten times more aware and precise in usage than I am.

I say all this to conclude that the game I have proposed is so far within the capabilities of everyone interested in this thread (or should I say enabling this thread) that I hesitated to propose it.

One final thought: one of my favorite British AND English authors is Dick Francis. He started out his professional career as a jockey for the Queen Mum, somehow parlayed his experience into a job as a journalist, and leaped from there to writing incredibly entertaining and compelling and well-written mystery novels.

If you have never read him, you have missed a lot of fun.

Wow. Regarding flooding, I have friends from Germany and from the Netherlands. I told a German neighbor, married to an American vet (they met when he was stationed in Germany), “It seems that Mother Nature is working too hard to clean the Earth after the worst of the pandemic.”

I do know that horribly wet weather all over the world does tend to recur every ten years or so, and I am certainly praying for wisdom for those who have to deal with it right now and safety for those affected by it.

Asking us to latinate is akin to us watching you do one of these, and never being able to quite get on the ride

The main reason I wanted to post to this thread is this video: 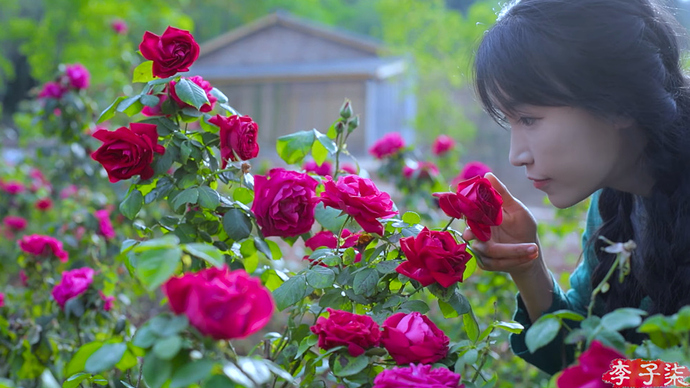 Li Zi Qi is a remarkable individual, working hard to promote many aspects of traditonal Chinese culture. This video is, like all of her videos, lovely to look at and very educational. All the types of food she makes with roses are amazing to me.

Because all the Badgers are in need of beauty and peace at the moment, I hope you will enjoy this.

Sorry, I do not have FB. Is there a YT link?

Yes, this is a very nice

watch! Thanks @misswillowinlove, for sharing the many ways to enjoy a rose