Hey, thanks for sharing what you know.

Slimjet is really nice for some things; it would be nice if it were good for everything.

I have thought that, since I use a Microsoft Surface Pro, and Microsoft cheerfully insists on helping me learn to use Edge (even though I have StopUpdates10 installed), It may be a Microsoft issue

Should I order sashimi instead?

There is a Japanese restaurant in Rochester, NY run by a Chinese guy who has been in the business for more than 40 years. 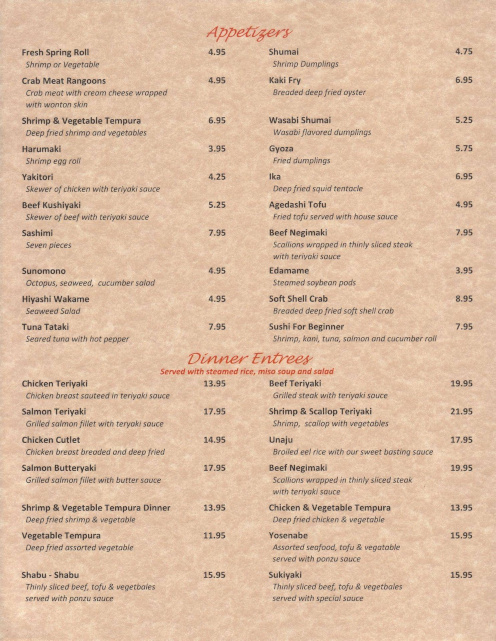 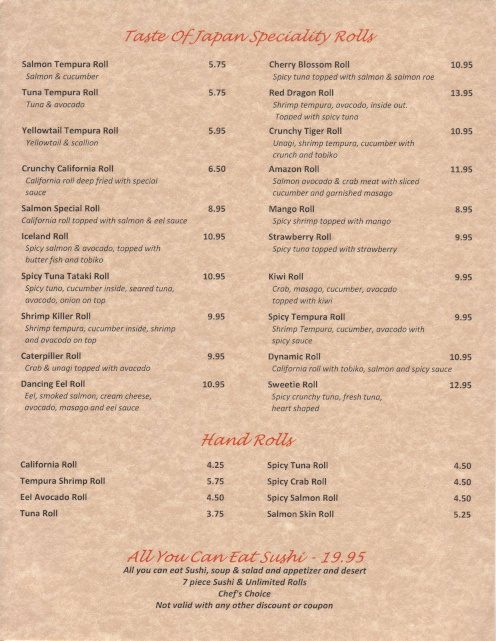 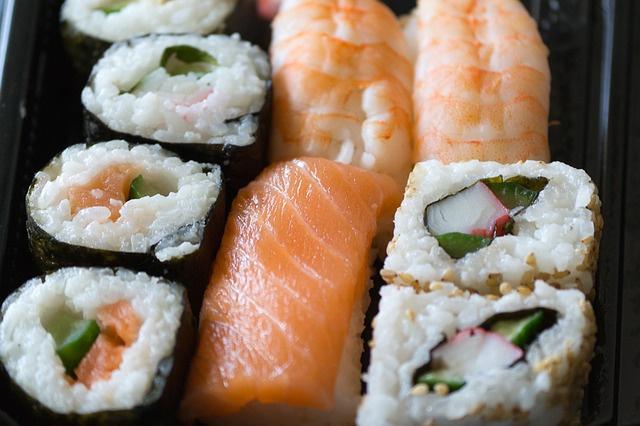 He started out at a seriously authentic Chinese restaurant that offered Japanese and Korean dishes as well because of all the Asian students that attended (and still attend, year after year) Rochester Institute of Technology.

His food is awesome. He has been in business for himself for about twenty years, and the purity and cleanliness of the flavors in his food, his scrupulous preparation, the portions in the lacquered bento boxes he offers on his dinner menu, the soups, the tempura, the onigiri, and the sushi, sashimi AND even gimbap are amazing. But I do prefer the gimbap at Seoul House, Rochester’s premiere Korean restaurant.

Sadly, last year, the wife of the couple that first introduced me to Taste of Japan AND to Seoul House (as close friends of the owners both places) died from stomach cancer, and the husband is still struggling to deal with his loss, so I have not been back since and probably will not be going back ever.

Truly amazing food. The majority of people at Taste of Japan are most definitely of various Asian ethnicities with a sprinkling of non-Asian ethnicities, so, having never been to Japan, and not having the air fare under my mattress to do that anytime soon, I assume everything I have eaten is as good or better than what folks chomp down on in Tokyo.

I had had zero sushi or sashimi until being invited to Taste of Japan, and (as a creative) I just got blown away by the colors, the textures, the presentation.

But seriously, the clean sweetness of sashimi was a revelation, and the subtle flavors of the different kinds of seafood knocked me out.

And when I learned about the Sunday afternoon ALL YOU CAN EAT special for 19.99 USD, you better believe I spent a number of Sundays after church trying to stuff myself to the gills (so to speak).

Seoul House is/was a whole OTHER experience for me. Perhaps because my awareness of Korea in the world was “the international conflict” of my generation, Korean food and the more robust style of serving and eating everything has always appealed to me.

Did I hear someone say that I’m just a food addict plain and simple? Well, there’s that, too.

At any rate, Seoul House is a whole other subject. I probably would use up all the Viki bandwidth on that!

Hey, thanks for sharing what you know.

I will defo try ToJ (and perhaps SH) when there. I love sashimi and sushi, too. You should try some sashimi if your stomach can take it, and if they prepare it well (fresh and with good food hygiene).

On The Verge Of Insanity might be available for Plus Pass viewers for now.

@lutra @shraddhasingh
All 16 episodes are available here (I’m just at ep 6)… Yup。I guess not in all regions, for now.

Some developement on my side of the world, first time I see this, so it will gradually give access to the episodes as it would air. Don’t know if it is a license thing or because of the OL teams. However it will be there in a bit.

Oh, believe me, I have tried sashimi numerous times, and it is wonderful.

Some developement on my side of the world, first time I see this, so it will gradually give access to the episodes as it would air. Don’t know if it is a license thing or because of the OL teams. However it will be there in a bit.

That’s awesome！Pretty quick development there。Glad all of you in that region would be able to watch this awesome k-drama soon.

It must be a license thing. No volunteer team, OL or any other, not even the channel’s CM, has the ability to hasten or delay uploads of any video.

Oh, believe me, I have tried sashimi numerous times, and it is wonderful.

That’s great! Now I know I have a “partner in crime” where sashimi is concerned lol. We are “luckier” than some in having the stomach for such food. Some folks I know just could not eat it and not have to run to the rest room every so often.

If anyone ever asks me from whom I learned my manners, I’ll say “My parents and Discobrat”

Went to visit System’s profile and I guess someone really hates it a lot.

LOL I didn’t know someone could have NEGATIVE hearts!

What high status you’ve given, 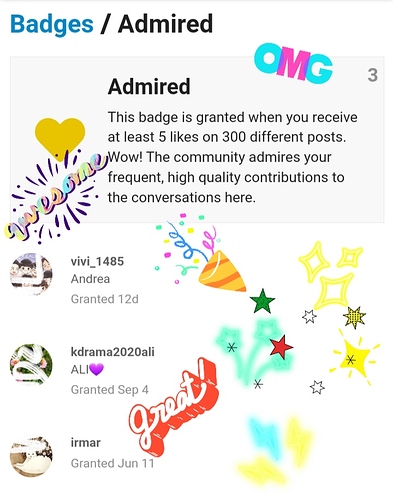 That is so cute

Aww you are so sweet

I wasn’t aware that notices like these also appear on profiles.

You sometimes see people advise some stuff with links to certain pages, where you can buy things, these profiles often only post 2-3 comments, so the spamming alarm won’t catch them, but normally, one of those who are around all or almost every day, will catch them and flag them, Viki will normally delete those profiles and that is the end, or they will just use new profiles, actually in the past weeks there were some here and there. It seemed to be quiet for some months, but once in a while they are trying again to lure people to buy stuff, or to odd jobs, or other things to make contracts, well all about making easy money. So careful of random comments that advertise stuff, if the profile shows that even if it is a few months old, yes sometimes there are older profiles and younger ones too, but most of them have little reading time, or in a short time a high number of comments read and only 1 or 2 comments off-topic in most cases and identical, it is pretty sure to be someone going against the guidelines of Viki Discussion.

Let’s give it up To our Crazy In Love

Congrats! @frustratedwriter! You snagged the Admired 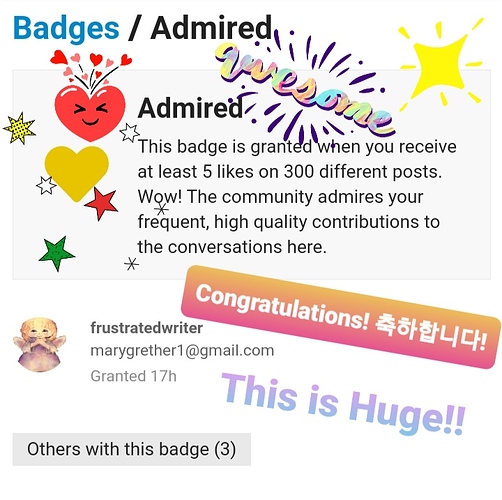 @kdrama2020ali
What’s your “All Time” goal?
You are so far ahead in hearts

Is there a goal in mind?

You would ask that it is kind of obnoxious! Oh I see you already know! bahahahahahahahaha!
I don’t know what my all time goal is…All Supreme POWER