Come and Watch and Discuss "Navillera" with Song Kang - WITH US!

Ok now I’m all about the S. Korean BALLET!

Oh my gosh, he’s beautiful. When I come to Seoul I wanna see a ballet!

Who is watching Navillera with us! I have watched Eps 1. Where are you guys at???

I just finished it.

I didn’t find it that great, frankly. The young guy is expressionless, he can’t act, and that takes away much of the interest. What? His character is supposed to be one that, unlike other dancers, projects his feelings when he dances? What a joke.
(Can you imagine a young Yoo Ah In in such a role? I remember him as a rookie pianist in Secret Affair and I still get goosebumps.)

The old actor is experienced but he doesn’t have sparkle, the charisma needed to bear the weight of a whole series. He also didn’t learn almost anything of dance. They could have taken a veteran musical theater actor who would be able to make us believe that his character has taken lessons for a whole year. This actor almost only does the arm movements, and that, wrong, with the elbow lower than the rest of the arms. And, after supposedly one year of lessons, and of working out strenuously every day, including ballet lessons, bench workouts and jogging every morning, you would expect him to at least not slouch, and also have tightened and lessened his protruding pouch a little?

The story? You know where it is going since episode 1, and it goes exactly there, with no surprises. The touching moments come from exactly the scenes that you thought they would, healing takes place etc. Similar scenes come one after the other, it moves at the pace of a snail, because it doesn’t have much to say. The secondary stories are underdeveloped and that’s okay, but the main one is too “thin” to provide material for full 12 episodes. Maybe with 6 episodes it would be better.
And the directing is slow and uninspired,
After the first few episodes, I decided to finish it, but use it as a background to crochet.
Not recommended.

(And why on earth did they give it a 15+ classification? There is nothing that an under-15 cannot watch).

Not being critical of your opinion in this reply @irmar

That’s interesting. This is the first time I’ve seen something critical of Navillera. I really enjoyed everything about it. It may not be your cup of tea. Genuinely curious, what are some dramas you’ve enjoyed?

Genuinely curious, what are some dramas you’ve enjoyed?

Okay cool. I haven’t heard of some on the list. Will have to take a look!

I am also loving it from Eps 1. I love Song Kang. It is ok we all hv different opinions 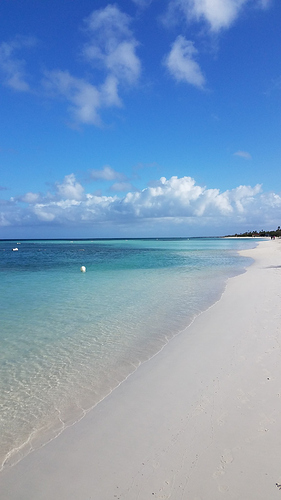 I am back from sunny - beautiful - friendly ARUBA and ready to watch Navillera!

Anyone still watching with me>>>???

Navillera I am ready to start back -

I LOVE SONG KANG so much!

@sa11 Are you excited about Song Kang’s new drama

I love this show! The older gentleman is so HILARIOUS and I love seeing how much Song Kang needs him!!! The wife is also hilarious!

@choitrio
I am loving this so far! So SWEET - Nice to get away from a ROMCOM for a while
And can Song Kang stretch with me - JUST SAYING
I would love to take ballet again

I have to say this is one of my favorite “relationship” K-dramas. Song Kang does look beautiful.

I am going to start dance in July - more tango type but yes I am thinking of taking ballet I have been doing yoga for years I think I can do it!

I agree the friendship and “fatherly” “grandfatherly” approach he has for the boy is so beautiful. He just made him porridge cuz he was sick - my heart melted.

Definitely! I love a good drama where the characters act their age. Ill probably wait until it ends before I dive in

Navillera is done!!! He has moved on to Nevertheless now so you can watch it with me!

@choitrio
So Not Ballet but I am taking a Hip Hop Class tomorrow night!!! Should be interesting!

It should be fun. I used to take Zumba classes before Covid. I think I will start going back to taking classes again. My friend is a Zumba instructor so she gets me in her classes for free anyway. Time to live life again.

Yes I used to do Zumba and Zumba Fit - with weights! I have started living life again!
Gotta get out and DANCE a little!

I went to Yoga this week and plan to go tomorrow