Come and Watch and Discuss "Navillera" with Song Kang - WITH US!

Woops! I will not reveal anything else then

Do you have any others that are missing? Let me know!

Exactly, I love their acting and didn’t relate them to the characters.
It’s great to see how they can transform themselves with each role.

Navillera is a good drama. I liked Ho Beom the most.
Kim Kwon was excellent in this role. 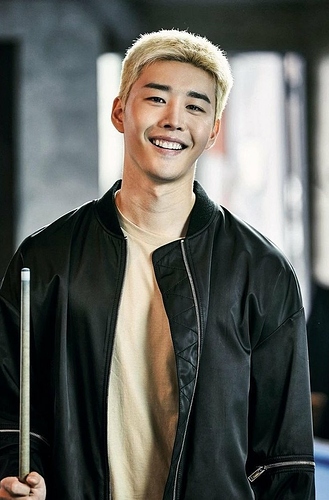 Just watched Navillera and loved it! Very touching and inspirational.

I honestly didn’t expect much initially, but this drama really surprised me and I enjoyed it very much!

I appreciated all the hardships (even the ones that are not as dramatic, such as not winning the elections or not getting a job after graduation, etc.) that they endured and resolved in a realistic way.

All the characters, including the mean side characters such as Ho Beom and the oldest brother, are likable and I liked their character developments. All their friends were also true friends who were there for them: Chaerok’s former soccer friend, youngest son’s doctor friend, and bar tender friend, etc.

I was happy to see Chaerok and Eunho developing their friendship slowly, rather than creating some type of romantic relationship.

I normally don’t like Korean grannies or at least how they are portrayed in dramas, but I really liked both grandpa and grandma in this drama. The grandpa is so supportive, insightful, wise, warm, humble yet strong. And even though grandma seems a bit harsh time to time, I can totally understand where she is coming from and she is also very supportive and caring.

I think I liked this drama as much as Misaeng. Highly recommend.

The only thing I didn’t like about this drama is how they spelled the title in English. It’s called Nabillera in Korean. It means “Nabi-like.” Nabi means butterfly, so I don’t know who decided to spell it like Navi instead of Nabi. There’s no “v” sound in Korean word, so I had no idea what Navillera was until I saw the Korean word, 나빌레라 written on the ticket at the end. Similarly, in Racket Boys, one of the head coach’s last name is spelled as “Couch Fang.” His Korean last name is 팽 (Paeng). There’s no “F” sound in Korean alphabet, so it bothers me to see “Couch Fang” on the screen. But I digress…

As a side note, Chaerok looks a bit like a younger version of Lee Dongwook from certain angles. And his friend Ho Beom reminds me of Kwon Sangwoo.

I guess I have jumped in the middle, ok it was a good drama, all of it! when you have a relative with dementia, the saddest thing is hearing them say who are you, and they don’t even remember you. the last part, he remembered the boy, and his actions told everything! he remembered, so he wanted to do ballet, he enjoyed watching this young man do the dance, and what got me more than anything, that boy took time to show him how to dance!! an awesome, beautiful drama, yeah wheres the tissues when we need them??

oh yeah all of the actors& actresses were fantastic! and the kid that was a bad guy, he also was terrific! this drama has me do a number 10 on it! oh gosh I hope I didn’t spoil it with others!!!

if you havent given it a chance, do so you won’t be disappointed

great! I’m currently watching Hospital Playlist, but I was thinking about watching that once I finish this one.

I’m so glad you guys loved it - Well It’s Song Kang - I have not finished it but the sweet relationship they have is so heartwarming - I loved it! The older gentleman is a GEM.
@natyh
@ajumma2

Interesting because in “Nevertheless” Nabi is also talked about because Song Kang loves Butterflies in the show.