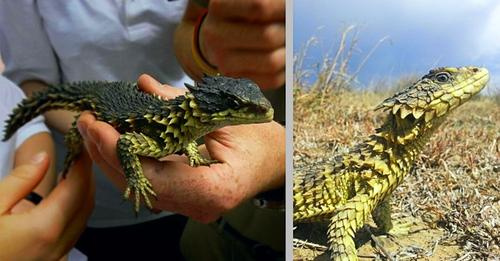 It Turns Out, Dragons Are Real And They Live In South Africa

that’s awesome, I did watch it 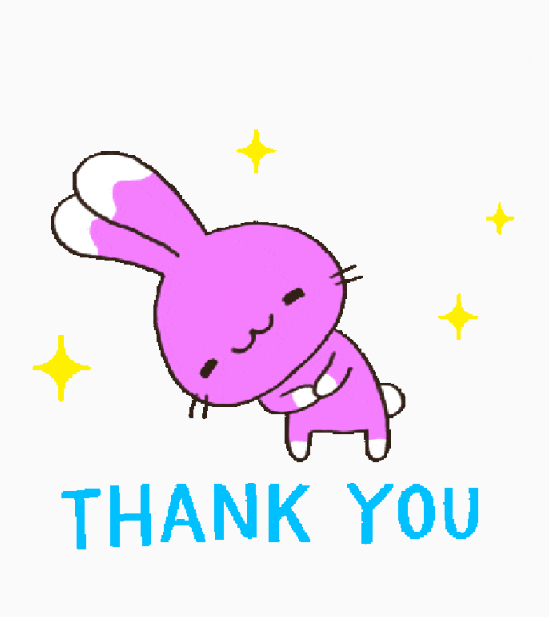 These are not hard to look at, not as squirmy as the typical reptiles

providing they stay that size

this is how big a redwood is

I was in 1984 in the Sequoia National Park and saw all these huge redwood trees, some of them had an opening at the bottom and were hollow… I did a 8mm film that has been lost mysteriously

I walked with mom to the top of this tower, the Pilgrim Monument on Cape Cod, MA, a half island. It doesn’t have typical stairways… it’s 2 steps then walking like a plank and again 2 steps so about 8 steps in one round… On top you get a great view of the island and you can see a part of Boston.

Quick Facts:
The Pilgrim Monument was built between 1907 and 1910 to commemorate the first landing of the Mayflower Pilgrims in Provincetown on November 11, 1620.
The tower is 252 feet, 7.5 inches (77 meters) tall and rises 350 feet above sea level!
The heart-healthy walk to the top on 116 steps and 60 ramps only takes about 10 minutes at a leisurely pace.

The Pilgrim Monument is the tallest all-granite structure in the United States. The granite came from Stonington, Maine, and each stone is the thickness of the wall. The design is patterned after the Torre Del Mangia in Siena, Italy.
Architect Willard Thomas Sears, a prominent architect in the late 19th and early 20th centuries, designed the tower. Sears’ other noteworthy commissions include the Old South Church, Isabella Stewart Gardner Museum and the Cyclorama in Boston and Campobello Park in New Brunswick, Canada.

During your climb, you’ll see many interior stones that were donated by cities, towns and organizations from all of the United States. See if your city or town is here.

The Pilgrim Monument and Provincetown Museum is Cape Cod’s oldest non-profit and cultural institution, entrance fee is 8 $ and 18 $ incl. some sort of museum… 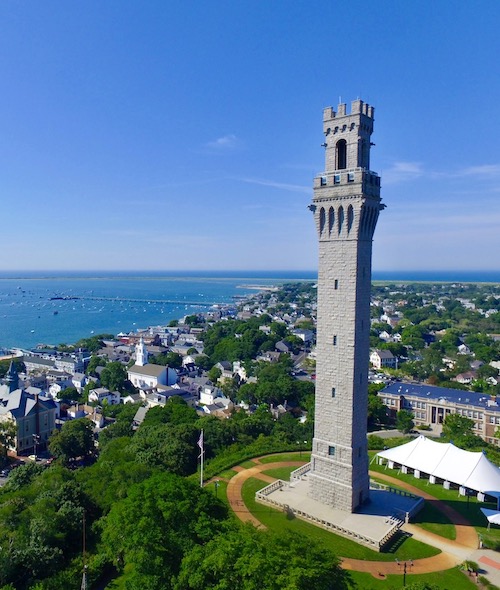 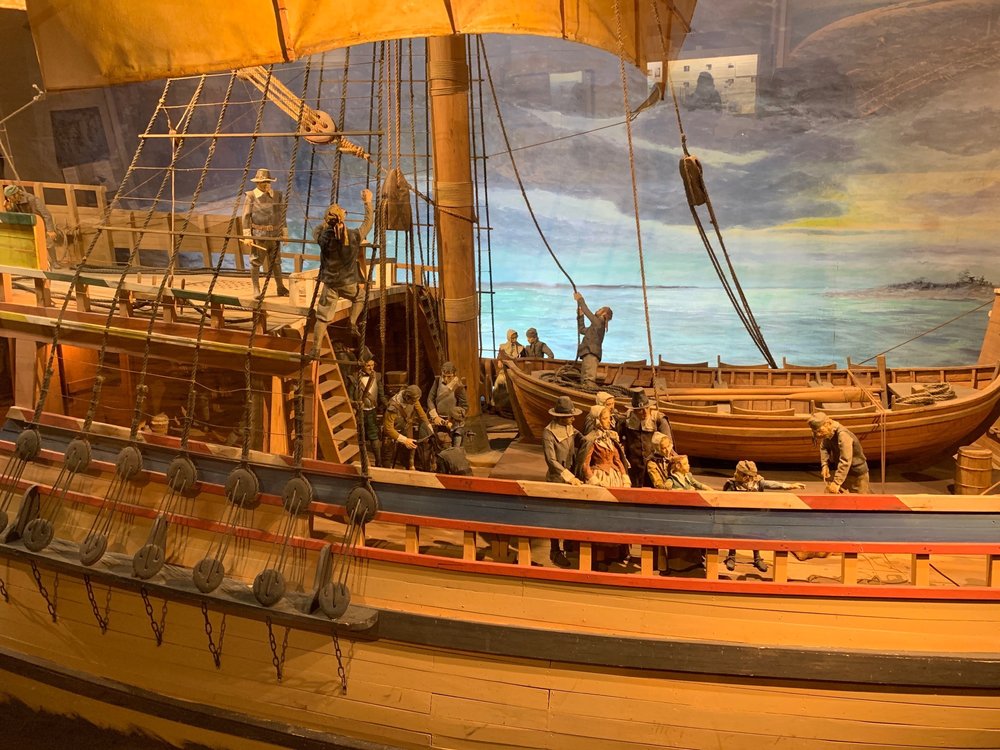 Specialties: Spectacular views of Cape Cod and compelling history of the first landing place of the Mayflower Pilgrims. An excellent museum regarding the history of Provincetown, and a new food service. Parking available right in the center of...

Near Bonn and not far away from my home there’s the “Burg Drachenfels” (literally Castle Dragon Rock), built in 1149 and destroyed in 1634. Built on top of the mountain with the same name “der Drachenfels”, with a breathtaking view over the river “Rhein”. There’s an old legend about a fierce and powerful dragon living on this mountain. He destroyed the villages, killed cattles and people and one day, the lords of this region wanted to sacrifice a beautiful christian maiden. When the dragon appeared and wanted to gobble the maiden, she pulled out the christian cross she was wearing around her neck and blended the beast stumbled and fell of the cliff, drowning in the river.
Another legend says that “Siegfried, der Drachentöter” (Siegfried the dragon slayer) killed this dragon and later took a bath in the burning hot blood of the dragon. The blood was magic and protected him, making his skin impenetrable, so no weapon could harm him. But while bathing in the blood a leaf landed on his back, so this part was his only weakness.
Later this legend was mixed up the legend of “The Nibelungen” (opera of Richard Wagner) and his wife Krimhilde.
In 1884 the beautiful “Schloss Drachenburg” was built on this mountain, now a tourist attraction were lots of events take place. You can hike up the mountain or take the railroad, which is the eldest cog-railroad in Germany. 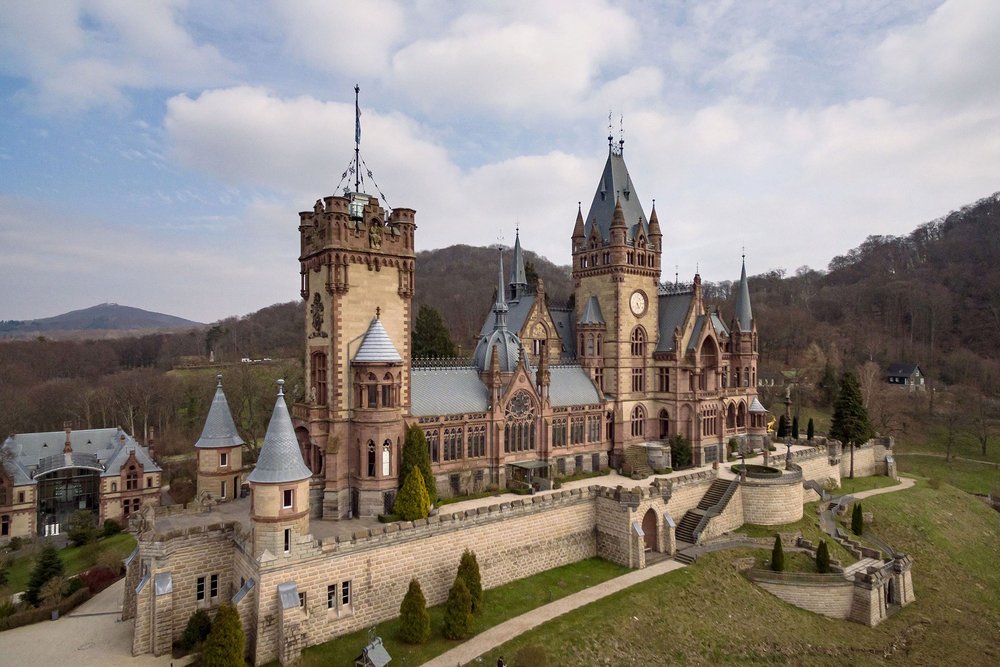 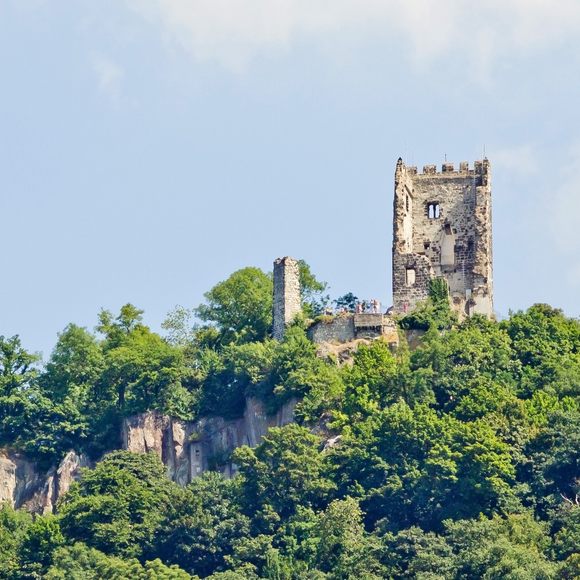 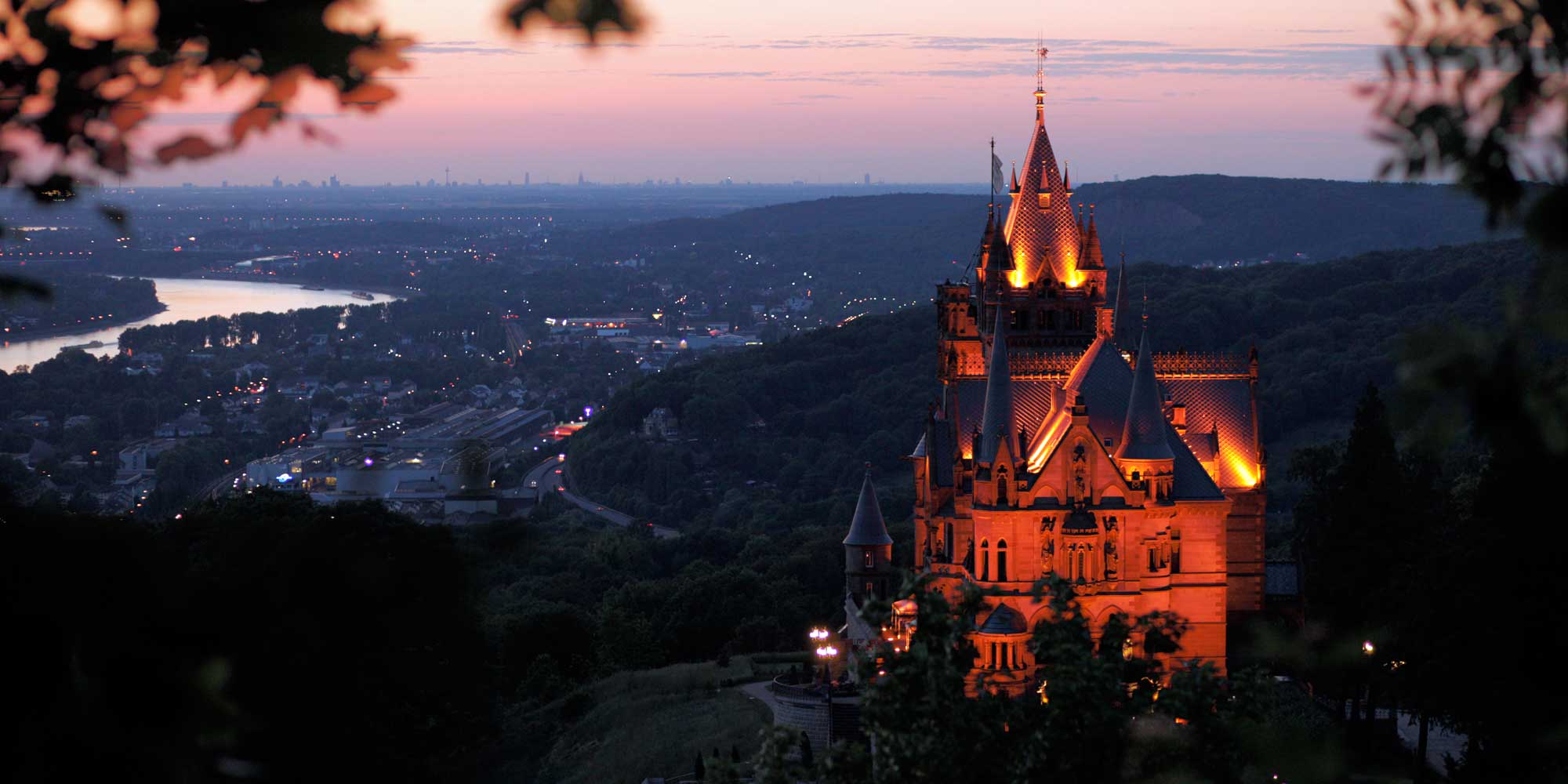 a breathtaking view over the river “Rhein”.

There is some truth somewhere in all those versions.
Beautiful views, both at day, and night.

There’s another, not really well known place, but a magic place. Within the “Siebengebirge” the seven mountains near Bonn (former capital of Germany) you can find the old and forgotten abbey “Kloster Heisterbach”. Built in 1193 from the monks of the Order of Cistercians this abbey was prosperous and flourishing. But under Napoleon and the secularisation the abbey was sold and destroyed. The remaining ruin is kind of magic

Peacefully dormant in the forest, venue of religious events and of course there’s legend: hundreds of years ago monk Ivo was walking in the abbey garden, meditating and deeply sunken into doubtfully thoughts. He walked into the forest, deeper and deeper and couldn’t find his way back, so he slept on a tree stump. The next morning he found his way back, but he couldn’t recognize anyone of the other monks. When he asked for day and year, he realized, that not one day, but 300 years had already passed.
You can still find a small wooden door in the ruin with an inscription:
„Gott ist erhaben über Ort und Zeit.
Ich weiß: Ihm ist ein Tag wie tausend Jahr.
Und tausend Jahre sind ihm wie ein Tag.“

Who dares to pace through this door and tempt fate?

@somejuwels,
This is fascinating! Stuff of dramas!

now if a writer could build a drama on those what a story, be it any country that does it. beautiful legends ladies. hmmm maybe I oughtta put that on my “bucket list” no not writing, visiting.

all I could think of is my favorite drama about that dragon in a past movie, Arthur??? 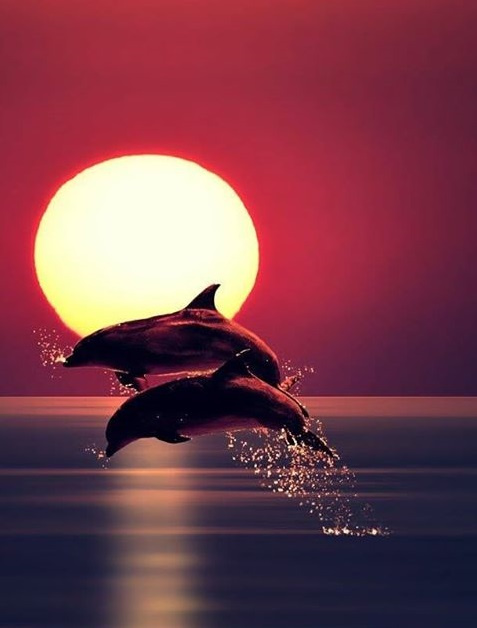 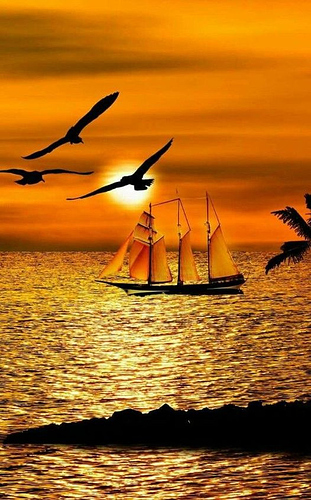 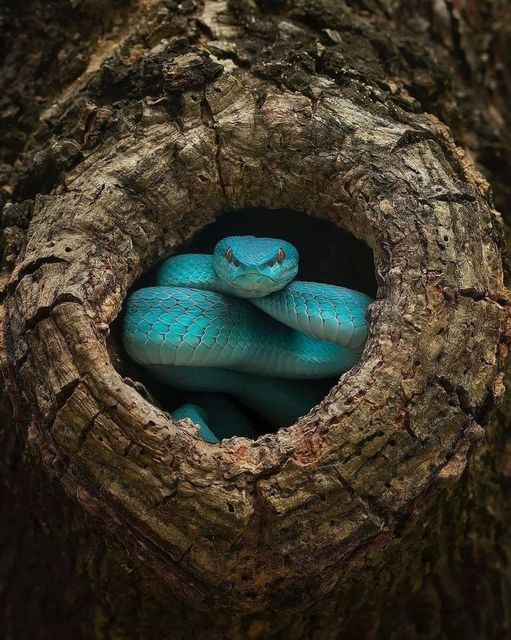 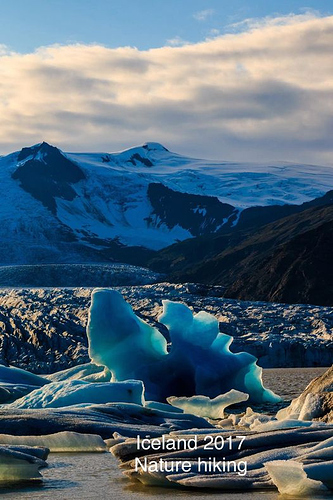 When a solar storm hits the Northern poles in Northern Norway ![ 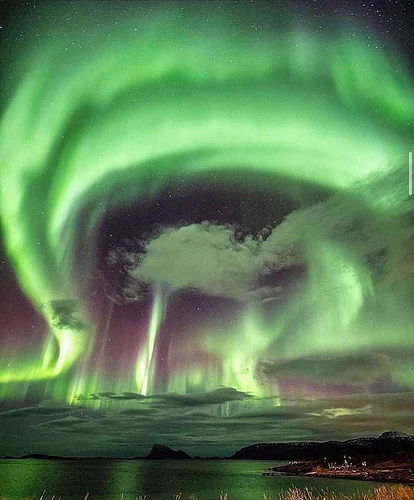 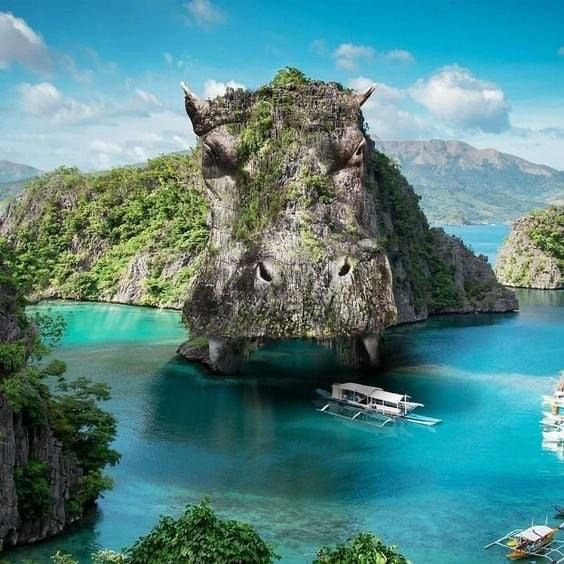 Whaaaow! Look at that hippo!

The other photo looks like stuff from our dramas

It’s kinda too close to the Jade Emperor

lake over the sea 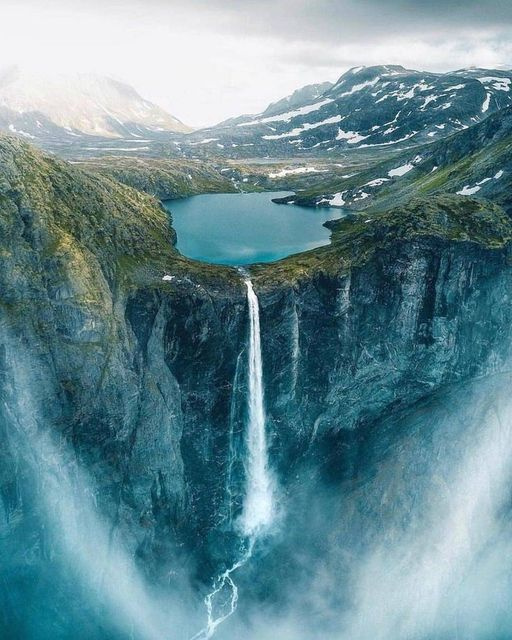 people with too much time on their hands 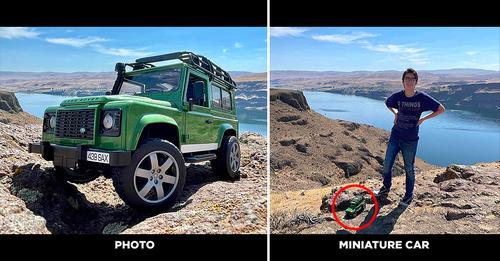 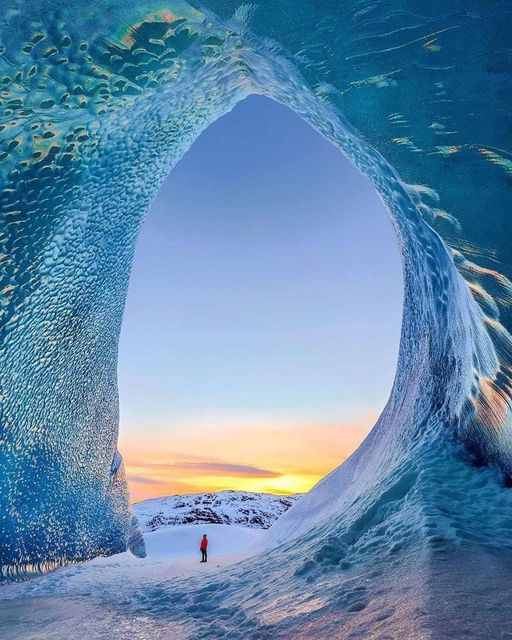 An ice cave in Iceland that looks like a wave.
Photographer by Hörður Björgvin Magnússon 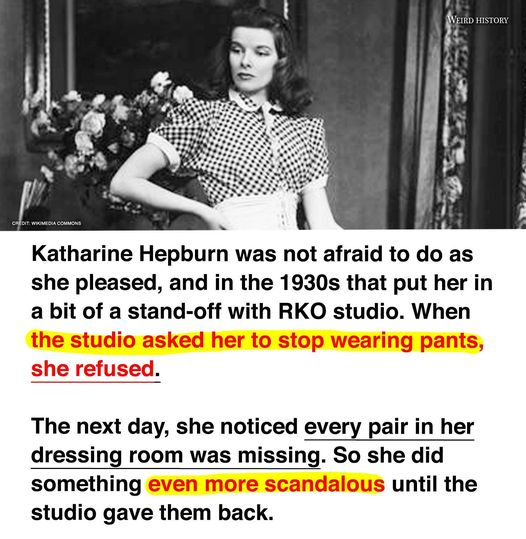