It is always so satisfying when a FL shuts down a crazy ex.

Wouldn’t it be something if an ex made an appearance in a drama and was maybe just a normal person? I’m not even asking them to be friends or anything, just civil. Are there any such examples in any drama?

I saw something similar in You are my spring. Not completely what you said, but pretty close

. Or close? You’ll have to watch it to see what I mean

I once took my wife to a date blindfolded, it was one of those Wine and Painting places. Worked out well.

You are my spring

I actually watched that one, and I can’t even recall an ex coming into the picture, so at the very least they didn’t cause enough of a ruckus to make an impression.

Did you ask her how she felt on the ride there? I’m glad you had an enjoyable time.

Maybe it would unnerve me because I’ve watched too many horror movies. lol

It was the ex “wife”

She did slightly play into the “I’m the ex”- trope, but only to make sure that the FL was right for the ML.

Oh, of course. See, I totally forgot that she was even an ‘ex’ type figure.

When the fl has up to 3 pursuers. It’s not that uncommon irl but for all 3 to be tall, rich and handsome is a cruel fantasy.

Why do they make us commoners have high expectations in real life?

Is the way girls clean the floor in dramas for comedic effect? I can’t imagine it’s more efficient.
Like this…

On a side note, I could have used a curtain like this…

Must be for a cutesy/sexy image only for dramas.

In real life my aging back and knees says, NO!

Is the way girls clean the floor in dramas for comedic effect? I can’t imagine it’s more efficient.
Like this…
https://c.tenor.com/0j2Kf4vZ4GMAAAAd/nekopara-cleaning.gif

In fact, this is the traditional way wood floors are cleaned in Japan. Students - both boys and girls - are in charge of cleaning the school floors this way daily. However, they’re not required to look like cats as they scurry back and forth.

Is it real or a drama thing General Discussion

from behind :heartpulse:ja!l. Makes me so hand tied, no hearts to relay my :heavy_heart_exclamation:of the thread

I now have enough hearts to go through this 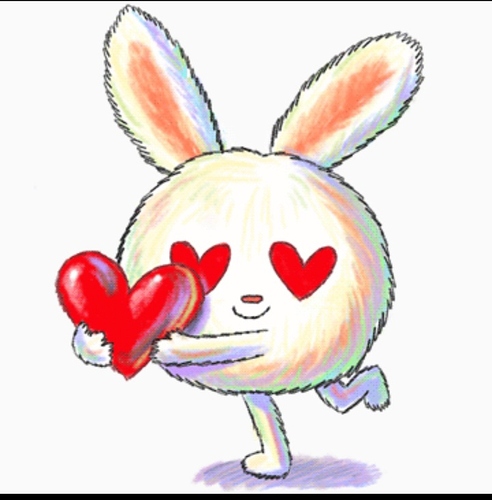 Come on, are there really such completely shameless women like the evil second female leads we see in dramas?? If I was as classy-looking and elegant as some of them, I’d be MORTIFIED to go on pursuing someone who’s so obviously not interested in me!!!

What you described above is the ML/SML in Girl in Blue but there is more to it, I’m hoping the dirty laundry will wash, but so far this drama is living up to it’s description of being a melodrama

Also in You’re My Sky, but it wasn’t really shown but it was talked about.

C-dramas particularly: The wine drinking culture. I don’t mean the work dinner overconsumption, which seems to be a thing in Kdramas as well, but specifically: chugging glasses of good wine like it’s beer at a frat party. And punishing people by pouring them a glass of wine, waiting for them to drink it all in one go, and then pouring more. I don’t get it - I have never seen people in the West drink wine like this, and while pouring back shots might be a thing, at a dinner party it would be really rude to down an entire glass of wine in a couple seconds all in one go, as fast as you could! I’ve seen this in several dramas though.

And punishing people by pouring them a glass of wine, waiting for them to drink it all in one go, and then pouring more.

pouring them a glass of wine, waiting for them to drink it all in one go, and then pouring more

I’ve found this very odd in dramas also. I don’t know if it’s something that really happens in situations like that. It’s not something I’ve ever seen outside of dramas, unless you’re at a bar drinking shots, no one chugs a full glass of alcohol like that. I’m not sure if it really is a cultural thing of if the writers have all agreed it’s a thing to do when they want a character to get drunk.

Especially when they’re sad or frustrated - its just nonstop pour. Chug. Pour. Repeat till dead drunk or till crush comes in and you can tell him your real feelings and THEN fall over in a dead drunk heap.

And then the ordeal of taking the drunk person home. I find it very amusing when the ML gets drunk and the FL magically teleports him into his bed/some bed. In my memory, only two dramas cane close to something realistic.
In Thirty but Seventeen, she puts him in a wheelbarrow-type container(the one you see old ahjummas pulling along) and then drags him all the way home, where ultra strong, iconic housekeeper Jennifer picks him up and carries him to his room. Don’t ask me how FL managed to stuff ML into the wheelbarrow, though.

The other one is From Now On, Showtime, which is HILARIOUS. He’s not drunk, just sick and dizzy, but he counts as drunk because he was in the same drowsy state. FL tries supporting him and walking him to his bedroom, but since she’s a head shorter, his head and neck aren’t supported. It was hilariously realistic, his head smashing into every obstacle there was as they staggered around - until she manages to push him towards the bed; with one final crash into the headboard, he’s finally settled

i could hardly breathe because I was laughing so much, especially when she offers to do first aid and he’s like “If you don’t leave rn, I think I might die”

Poor Park Hae Jin… I wonder how they shot those scenes.

Metaphorically, it was at that moment that she cracked his outer shell(barely escaped cracking his skull, but we forgive her)… she unofficially becomes part of his little family after that lol

There was a scene in ‘Run-On’ where the ML is drunk/half asleep. There is a substitute driver that helps her get him in the car, but once they get to her house, she basically drapes him over her back to walk him to the door, his feet mostly dragging, although he is coherent just enough to sort of keep some of his own weight on his own feet, but they are a stumbling mess. It helps that both of them are very similar in size and build so it’s not like a tiny girl trying to piggy-back a giant man. It’s a pretty cute scene, especially when her roommate comes to the door and asks what’s on her back, and she says, “I picked him up off the street. Isn’t he pretty?” LOL (She didn’t really; they are acquainted)

LOL that is so funny! I love it when kdramas make fun of their own tropes