She has always been overlooked for some roles, and she was bully since she started in the business. She doesn’t make those things public bc it seems she’s very forgiving and a private person.

I was also wondering if that was why Choi zombie guy stopped playing the voice? It made no sense to me that it was stopped so abruptly when that part was the funniest of all things going on in the drama. I believe he saw this controversy coming? The thing about stopping his voice was what killed my enthusiasm to watch the drama.

They were able to keep the drama on top of the ratings but sadly we won’t get to see part 2 that would have been so interesting if they had reincarnated in Modern Time; I would put the King guy as a woman and the woman as now the chef (King) what a mess lol

I am not sure about Shin Hye Sun being overlooked. I thought I read somewhere that she is choosy with her roles. I think she is a very versatile actress. As to CJH, it was an added bonus, a cherry on top, for me that I was able to enjoy his voice for at least a few episodes in Mr. Queen. I still think Mr. Queen was a very enjoyable drama.

I saw Mr. Queen’s ending and was expecting a kiss but didn’t see any, and I wonder why. Well, they did had all the palace staff around them (by the same lake he/she ‘‘resurrected’’). I guess if they did the ‘‘birthing’’ scene like in Chinese version it would probably affected the ratings even more bc many would have stopped watching the drama. I was just expecting the fantasy drama to fully play, but I know if I was Korean I would feel offended too about the Joseon Era and portrayal of the king

PS. When I said she was overlooked it was that at the beginning when she was going to many auditions, and was never getting the part. But she persevere and never gave up and once she got her first role, she proved her worth as an actress.

I kinda understand the sentiment though, since China-Korea relations are pretty strained…for us, if Pakistan ever created a zombie fantasy drama with them lording it over India or distorting India-Pakistan history, Indians would be yelling in no time, “creative freedom” can go down the drain.

Fantasy and creative freedom have a limit. Especially when it’s between two countries that don’t really like each other much.

I kinda understand the sentiment though, since China-Korea relations are pretty strained…for us, if

If I worried over every single movie Germans are portrait in a way I might like to disagree …
But I watched movies like Inlgoriuos Basterd by Quentin Tarantino and though some might think this is how it was and how Germans are in general. You are mistaken.
My personal view might not be the majority sees it. I take every movie as a product - fiction - even documentaries rarely can make a picture with every aspect considered, so like every other fictional product there is some truth and there are some things untold. Of course, I am tired of how most American production portray the German Nazi, will I go against it for that reason, no.
But there are still many conflicts in Asia, many things from the past still hurting. I wished for the Asian region that they could work it out, but I guess it will take decades because first there must be the intention on both sides.
It is saddening though that it comes down to what we witness now. 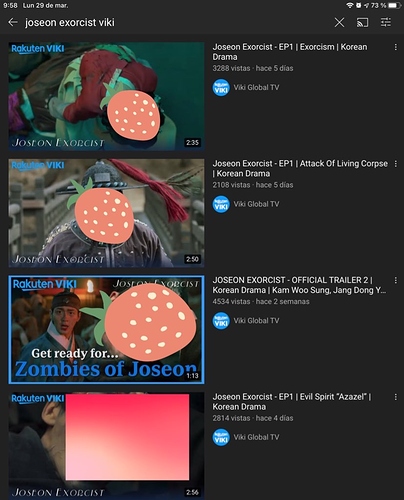 I am against any bullying behavior, and perhaps Koreans are overly sensitive. However, as @sa11 has mentioned, South Korea is in a unique situation where it is not only sandwiched between two countries that are constantly trying to rewrite Korea’s history, but it is also the only country that is technically still at war. For K-drama fans, actors and idols being absent for 18 months for mandatory military service may simply be an annoyance, but for Koreans it is a reality check that we are still at war. My daughter’s friend who had been studying in the USA and got accepted to UC Berkeley had to postpone his college education to go back to Korea for his 18 months of service. So, while I may not agree with everything that is going on with JE and Mr. Queen, I can at least understand the heightened sensitivity of Koreans.

Yes, Koreans are kind of reminded of that history every day because their country is split in 2 and families are torn apart. Maybe that also happened if some things in the past didn’t happen but nobody knows.

I think they forgot to remove it fron all its social medias. Just a matter of time. I didn’t even get a chance of watching it

I find it funny (well, not so much) that I watch k-dramas to escape political crap. And then political crap interferes with my drama watching.

I mentioned China already, as a bad example of politics interfering with art. Korea is beginning to follow China’s footsteps to a tee, it seems.

If it was just a matter of censorship, the number of available K-dramas would drastically be reduced since corrupt government is a very popular theme in many K-dramas.

Well, if it’s not entirely (but somewhat) a matter of censorship and also a matter of public opinion, was there a public poll to see what the majority really wants? Or is it again the handful of those righteous who are being 10x louder than your majority made of average blokes? “Public opinion” can be easily swayed by the media.

This spontaneous decision sets far too many serious precedents than I wish to think of.

Public opinion poll would have taken too long. However, more than 127,000 Koreans signed a petition to the Blue House to stop airing JE, in just one day. There is a petition circulating on change.org among international fans to bring JE back, and as of 16 hours ago, it has gathered approximately 25,000 signatures. I am not taking sides, just providing information. 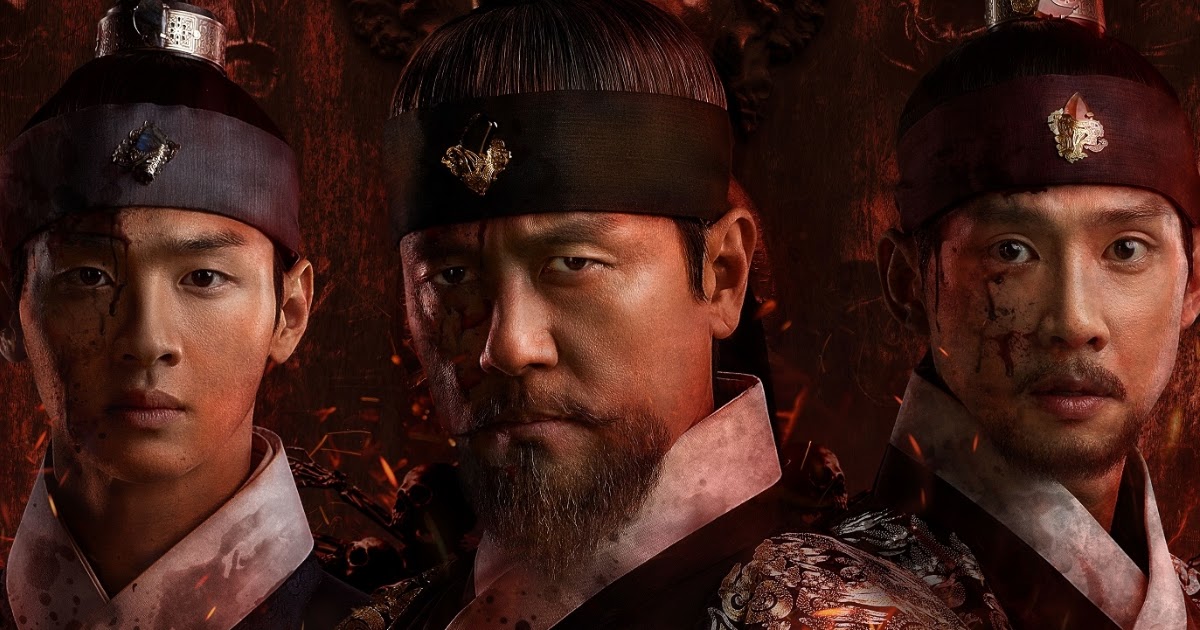 Petition For "Joseon Exorcist" To Stop Airing Gains Over 127,000 Signatures In...

The controversy surrounding "Joseon Exorcist" has reached the Blue House, with a petition asking for the drama's removal reaches 127,000+ signatures.

Sure, let’s be objective.

The population of South Korea counted 51.9 million in 2019. Let’s say that half of the people are not watching TV at all. That leaves us at approx. 25 million Korean viewers. There were 127.000 signatures in that petition in one day. Signatures, not people. But, let’s assume that every one of these is one person.

That would make 0.5% of viewing audience sign that petition in one day. Yes, maybe in the next few days that number would have climbed up. But as someone already mentioned here, they didn’t even have time to watch the first two episodes before the decision was made to retract them. So, on what basis are the people to judge? Word of mouth, unfortunately.

Since you mentioned international audience. In order for them to sign a petition, any petition (pro or con), they have to:

As to the first, international audiences regularly watch the shows at least one or two days later, if not a whole week (case with Netflix where I live).

As to the second, how many international k-drama viewers are following daily news in Korea? Well, not many, obviously.

Again we see that those who complain loud and early enough get what they want.

There are so many flaws in your argument, but I don’t want to, and will not, quarrel with you.

I do find weird that they decided to use Chinese props/customs in Joseon Exorcist k-drama (NOT that I noticed bc I don’t know the difference in them I do find some customs simply gorgeous and others funny looking) anyway I read an article that this writer tends to write dramas distorting the story a lot. They mentioned several dramas she has written (one of the writers is a female) it seems is a combination of Director, Producer that are all on this (from several filming companies not only one)

From what I read, and skimmed through, no matter how few the signatures are compared to the population; some of these signatures come from high ranking officials, and ancestors of royal descent dating back to the kings of Joseon era. Those signature equals (imo) not thousands but more than millions. 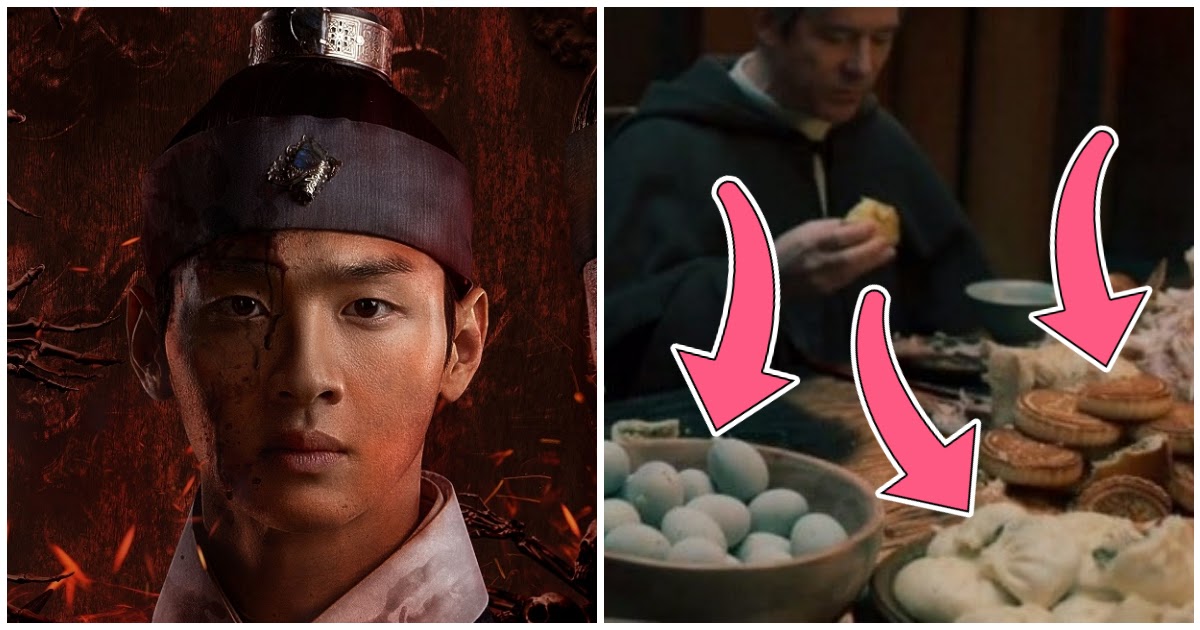 I grew up watching TV all throughout the 90s. As most of you probably know, some of the stuff shown was utterly nonsensical and insensitive too, like sitcoms that had an all-white cast and promoted disgusting jokes. Nobody cancelled those. So, to hear that a drama was cancelled due to “historical reasons” is just messed up. That’s CENSORSHIP plain and simple.

Imagine someone writing a story about George Washington being evil and destroying the United States instead of leading it to freedom and prosperity, only for it to be cancelled out because it’s promoting a bad image of America… You know what? Someone actually wrote such a story. It was very successful commercially. That’s FREEDOM. That’s DEMOCRACY. South Korea, on the other hand, is a faux Democracy. We enjoy their music and dramas and pretty actors. But that’s just an illusion, obviously!

I wouldn’t necessarily call their democracy faux. No one has a perfect democracy. The US, for example, isn’t even first on the democracy index. I think we’re 25th. And the US has only been a true democracy since 1965 when civil rights (on paper) were finally granted to all citizens.

Really, I think the difference is that South Korea is a collectivist society, meaning they put the community above the individual, even, in this instance, at the expense of capitalism ($$$). I think its one of the reasons we always see actors/artists issuing apologies to the public at large. Its something we in the US dont truly understand because we don’t have the same mindset.

With JE: Public outrage and 167,000 signatures of citizens is greater than a few hundred citizens experiencing the consequences of a canceled show. This reality is what makes social media so lethal, though. We can assume that the online cancel culture movement is amplified even more because of this collectivist aspect.