This past year really brought the burn of competition with Viki getting/not getting licenses - the old days with a cream-of-the-crop selection seem to be withering. What do you think? Instead of dwelling on it, I thought it might be productive to initiate a ~License Request Frenzy~ with your help. If Viki can’t get a certain ratio of the new on-air dramas due to competition, perhaps we could get more filling here at Viki with some older previously broadcast dramas? Is this a realistic wish?

As you likely realize, with the latest Viki redesign, the drama request process got streamlined to one location, rather than on the individual channels - Alas, the location is somewhat buried in the Help Center, accessed by scrolling to the bottom after all the imagery loads, through one’s profile or bookmarking the link as I did. Here is the link to make license requests:

Here’s my shortlist for Viki License Requests made. (I live in the USA, some may be Viki licensed for other countries) These are some of the dramas from the DeFunct streaming site that I really want to watch again and would love to see on Viki.

As a side note, I want to thank everyone who posts info, updates and scoops here on Discussions - it’s truly a great resource and I hope very much it doesn’t get lost in the shuffle of Viki web/app redesigns. Warm regards, sheishun

While we’re at it, let’s put here the link to the Title Request Form

You have listed most of the dramas that I would love to see on viki or again on viki. Also I thought temperature of love is still on viki and Jealousy incarnate was re licensed on Viki???

Suddenly I forgot everything I wanted to watch here… Oh well.

But I love your list. @sheishun_548
It has some of the things I wanted to see so I went like: “Oh yeah, I wanted that.” but then forgot my own list.
I’ll be back when I am not sleepy.

It depends on the country. Temperature of Love and Jealousy Incarnate are not available in the US. Some of the title you listed are available here.

I’ve seen these, yet I would like Viki to have them…so here I go filling out license requests

100 Days of Husband has been licensed, it’s on “coming soon” now!

Also saw My Mister (Mr. Lonely) and Bride of the Water God under “coming soon”.

Yes, I was pleasantly surprised with My Mister - I’m in the team, yoohoo!

Bride of the Water God has always been here. Maybe not for your region? And that drama sucked big time, I don’t recommend wasting your time with it.

Wow! Excellent news about My Mister and 100 Days Husband getting licensed. I wonder if there are more hidden gems coming soon?!

@lutra So many greats on your list, I also really hope to see Deserving of the Name here. I was in the midst of watching Queen In Hyun’s Man when the Viki license expired some months back

I hope it will return soon!

@esther3_940 Your list is great, too! Top Star Yoo Baek is also on my wishlist, I nearly cried when we didn’t get that on-air. Also, with your suggestion on the other thread last week, I have been watching Dear My Room without subtitles, enjoying immensely, thanks for the tip! I hope we can get it here at Viki!

@helenama73_911 I am so happy to see Kmovie suggestions, thank you! I would also love to view the old classics here on Viki, Winter Sonata and the whole set, so nostalgic.

@irmar and @et_865 Thank you so much for the news of licenses, it’s so great to share info! I actually haven’t watched all of Bride of Water God, got cut off when that defunct site closed. So, it’s a stinker overall? Thanks for the tip!

To everyone, I will happily go to the License Request form and ask for your wishlist Dramas, thanks for sharing! Best wishes to you all, sheishun

Hello again! It occurred to me that it might be helpful to link the recent (previously broadcasted) Viki licensed dramas (and future ones later on) here for quick reference for this discussion. Please note, I am in the USA so this may not apply to everyone. 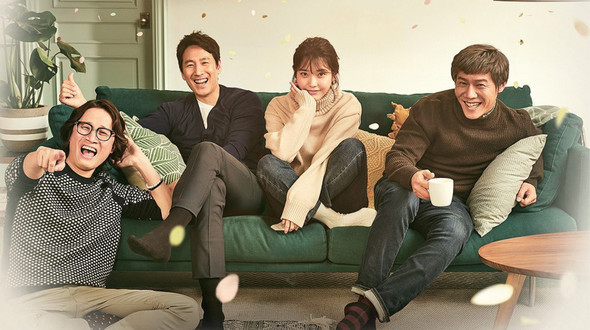 It’s not easy, admitting to yourself that your life is not a happy one, but that’s exactly what Park Dong Hoon (Lee Sun Gyun) has been forced to do. A middle-aged engineer working at a company where his college junior, Do Joon Yeon (Kim Young Min),... 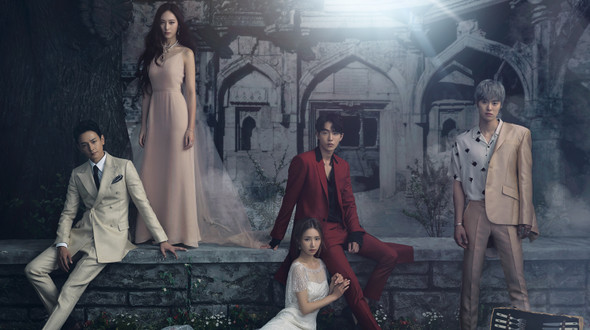 Bride of the Water God

What would you do if you had to continue a strange family legacy?   Yoon So Ah (Shin Se Kyung) is a pragmatic neuropsychiatrist who carries a tremendous financial burden to run her own practice. Her family has been tasked with serving Ha Baek (Nam... 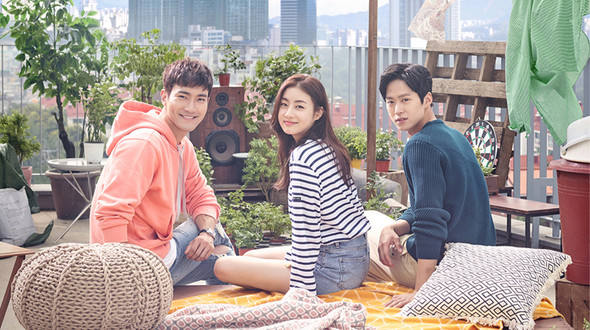 The son of a wealthy family, Byun Hyuk (Choi Siwon) has spent his entire life wanting for nothing. With the family’s large company always serving as a fall-back, Byun Hyuk has never bothered to make any specific life goals or even dream any...

Yay!!! so happy about that.

Yay! I’m glad that you are enjoying Dear My Room. I have been also watching without subtitles too . Yes hopefully we get it on viki.

Hello all,
Just wanted to share that Cinderella and Four Knights has appeared on Viki Coming Soon (hopefully for ALL regions, I am in the USA). I’m looking forward to watching this again with you on Viki, (@tweet998) and will continue to hope for even more additions of previously broadcast dramas to Viki! 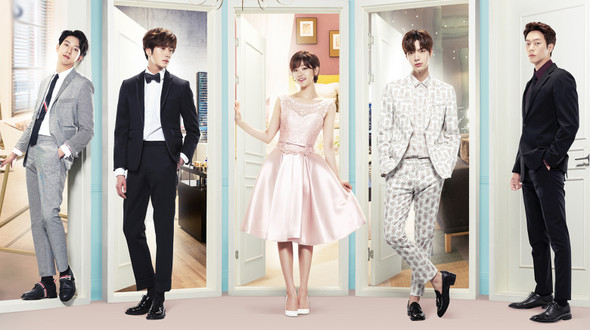 A romantic comedy-drama about a bright but lonely girl(Ha Won) who gets abused by her stepmother and stepsister. In order to pursue her dream, she leaves home and ends up living in a big mansion with three handsome cousins, who fight over her love.

As a side note, Also in Coming Soon: Cheese in the Trap (the movie) 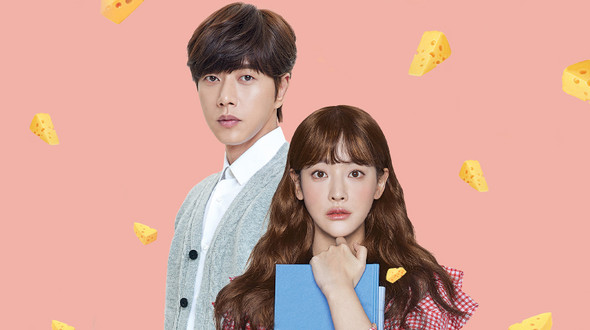 Cheese in the Trap (Movie)

Hong Seol (Oh Yeon Seo) never thought of herself as anything special. A young university student, she never stood out as exceptional or even extraordinary. She went to class, worked part-time to pay her tuition fees and living expenses, and spent...

Hello all,
Just wanted to share that Cinderella and Four Knights has appeared on Viki Coming Soon (hopefully for ALL regions, I am in the USA). I’m looking forward to watching this again with you on Viki, (@tweet998) and will continue to hope for even more additions of previously broadcast dramas to Viki!

Yaaay!!! You know as I read your message I literally said “yaaaay”. Luckily no one heard.

I am really excited about this. This drama is one of my favorites and among the first couple of dramas I have ever watched, so you know they have a special place in one’s heart.
Can’t wait! * dancing *

More to add to the wishlist

Marriage, Not Dating
Your House Helper
The Crowned Clown
Little Forest
Emergency Couple
Queen of Mystery
Jugglers
Fated to love you
Go Back Couple
Bubblegum
Goodbye to Goodbye
Fight My Way
to jenny 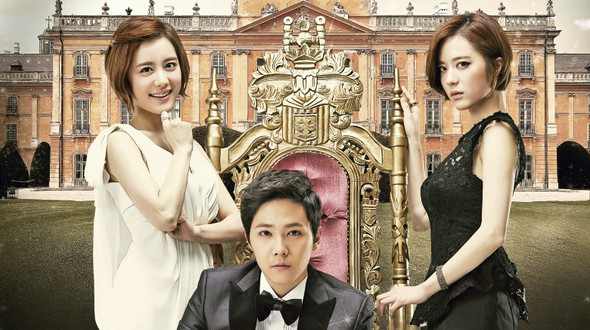 Bride of the Century

Choi Kang Joo (Lee Hong Ki) is his father’s firstborn son, and the heir to the Taeyang Group, South Korea’s most affluent family-run conglomerate. However, a strange curse has afflicted Choi Kang Joo’s family for the past century: The wife of...

Well, some of the best historical dramas and costume/period dramas are not here at all. Not on other platforms either, other than someplace without a license mostly, and this is a serious CRIME!

Let’s address the elephant in the room…

EMPRESS KI. yeah, that drama. How many thousand requests already for this one?

Jingbirok. This one is hard to watch, but a really great drama.

Jeong do Jeon. Goes really well with what, Six Flying Dragons, which we fortunately have.

Anything on the Admiral, for crying out loud!

The Throne - another sample of Yoo Ah In’s excellent work!

If we got this list, it would be absolutely awesome.

That 80 eps on Sejong is really good and again, there’s some days you WANT to watch Empress Ki…! The depiction of El Temur there…wow.

Masterful drama even years after it was made.

Though I spend all of my time on Chinese drama lately, I still love a great many of the beautiful and well-made historical dramas in particular. Thank you for putting up the topic. It’s not that folks haven’t asked for a lot of these…it’s that they were not yet purchased.