PLEASE; can you make a video

Aw, yes that would be TERRIFIC

The footage isn’t that great, it’s a shaky etc.

I saw bikers typing on their phones using know hands while biking! How do they do that - you better get out of their way???

It’s illegal now. If you get caught with your phone in your hand while on the bike, you have to pay 104 euros

If you need to use your phone, you have to stop (preferably at a more spacious area or a less busy street) and use your phone while you are stationary.

I cycled to Delft today. The weather is nice and it’s the first time I’ve been so far away from home since the pandemic started. It was fun

Saw these videos on YT about Delft:

Whenever you are ready. Looking forward to enjoying a walk through video in your part of the world (Finland?).

Yep Finland. At some point I’ll do it.

If anyone finds a walk through the Japanese mall please added here bc I can’t find it. it’s a new mall Florida style and would love to visit a mall in Japan since I saw many from South Korea and even NK (not kidding) a mexican guy went to NK and was allowed to film. It was depressing though there was no one but him and the sales girl in that mall.

I always dreamed of going to Hawaii and it almost came true but looking through some '‘video walk’ it’s not all that, like they make it seem. Just like some Caribbean Island that my kids went on a cruise, and they said it was a horrible experience. They didn’t feel safe at all, and the only part that was clean and pretty was the touristic areas. If you venture to walk out of that area, it was very dangerous and they came back traumatized. They no longer want to do a caribbean cruise ever again, much less to Cancun or Bahamas.

You have to be so careful. I felt vey safe on my River Cruise in Europe with Grand Circle! I would do that again and again.

Europe can not be compared to those Island where there’s also places with a lot of poverty. Anyone can be safe in any part of Europe. They have the most elaborate security system and every step you take is being watched.

Europe is not a country but a continent with many countries in it. You cannot compare Poland with Spain or the Netherlands with Italy.

Those videos on Youtube with “do and don’ts in Europe” are so weird to me. Because usually they only went to one or two countries and don’t seem to realize each country has it’s own laws, rules, culture etc.

Europe is not a country but a continent with many countries in it. You cannot compare Poland with Spain or the Netherlands with Italy.

You do have to know ALL the rules in other countries before you go! Definitely!

Visit the Boston Freedom Trail with a map and follow the footprints on the ground, you can walk around interesting and historical sites in Boston.
I took my friends from Switzerland there and they liked it a lot. We wanted go on an earlier day but the Boston City was under lockdown after the Marathon Bombing. Boston is on the east coast right on the Atlantic ocean so it gets quite windy.

This is one of my favorite little seafaring towns.
There are wild horses that roam free - you cannot feed or touch them it is against the law

You are right CRIME happens everywhere BUT you can be safer when traveling to most EUROPEAN countries was what I meant to SAY bc they have the means to have a better security system, where less crime are committed compared to this small Islands or countries like Venezuela, Colombia, Mexico where you may travel to and never come back alive. Like the 2 young american girls that went to Venezuela and were raped, tortured and killed. Who killed them? No one knows because they have no cameras where they can trace their whereabouts after they left the Hotel area. You are safe as long as you stay in the tourist areas, but documentaries I’ve seen most ‘‘big countries’’ have a good decent security system with a good amount of cops on the streets, PROTECTING THE TOURIST. These small Islands I MENTIONED have no visible police force, and if they do, you can’t trust them either. In some parts of Mexico for example, many crimes are committed by cops! IF you don’t believe me, don’t go to YOUTUBE search the internet for news from Mexico or whatever.

My niece went to Spain and the COPS YES, COPS (she rented a car) knew she was not from there, and would stop her to give her an excessive amount of fines for any little reason. Even when she was taking a bus she was given a fine!!! So what happened? She first got in touch with the US Embassy and explained what was going on and finally, All her fines were dismissed bc when she was stopped those many times/ evidence (CCTV) showed that the cops had given her an exaggerated amount of illegal fine/ticket. Whether they got fired or not,we’ll never know since the case was resolved after she was here in USA… She swore off Spain for life, and regrets going there too. She said it was the worst experience from her many travels bc she has travelled a lot. Her last trip was Hawaii which she loved and felt safe too, but she did mentioned is not a paradise as we may think.

A lot of my relatives have been to Italy, and they loved how safe and welcomed they felt. Some have gone to France, and they came back home safe and happy too. On the other hand, they went to Cancun, Bahamas or Jamaica and they said make sure you stay with the Tour Bus bc they were ripped off and went through some ugly stuff bc they said you won’t find a cop when you really need one.

Can’t wait to go back after the pandemic is over:

Aren’t the horses eating the

sand, more than they are the scrubs

I recently read this about camels: Our plastic pollution crisis is out of control. 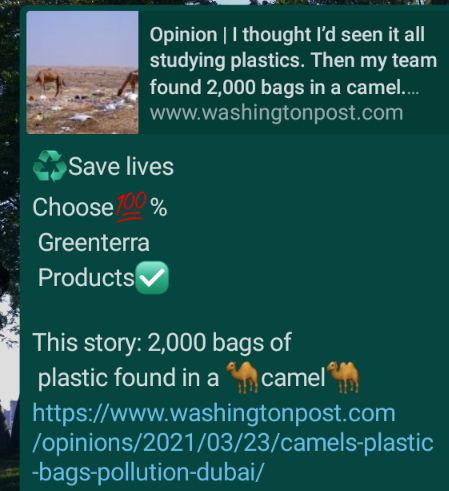 You can draw generalizations about europe, such as they have social welfare that by global standards are very wide, while zooming in on the details there may be one nation hat gives 100€ to a citizen for X while another 1000€ for the same X.
When it comes to safety, I have personally only traveled in Europe, but from stats I’ve seen, it is safer than the US. But when again zooming in on a US state or a EU country, you can find certain states being safer than certain countries etc.
As for Spain, to my understanding, it has big internal income disparities between it’s regions and has issues with corruption (like in many other EU countries), unfortunate.