One of the major difference with Western dramas are the numerous mukbang scenes involving the main leads. I wonder if Western actors would allow a camera in front of them while they are eating food with their fingers and their mouths open? Not to mention the numerous toilet scenes and reference to the digestive system.

Oh it’s just a cultural difference. People eat so daintily in the West, but here I think it’s all about eating well. Western actors wouldn’t allow a camera in front of them if they’re eating with their mouths open because that’s a breach of etiquette. But Asians eat a lot with their fingers, so it’s nothing big.

The toilet scenes are just crass humor. Western society is too sophisticated for that. I’m not saying this in a mocking way. There are so many Western children’s movies with loads and loads of toilet humor. SK writers just need to grow up a little.

People eat so daintily in the West,

My dear… I think you only know British people and their hoity-toity manners.

Here you go. Plain ol’ every day ‘Mericans chowin’ down. We eat with our hands and fingers when forks and knives just get in the way. Any Brit will tell you that Americans aren’t civilized. 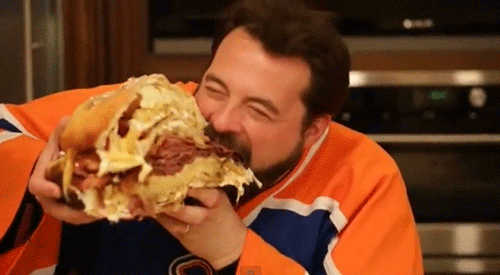 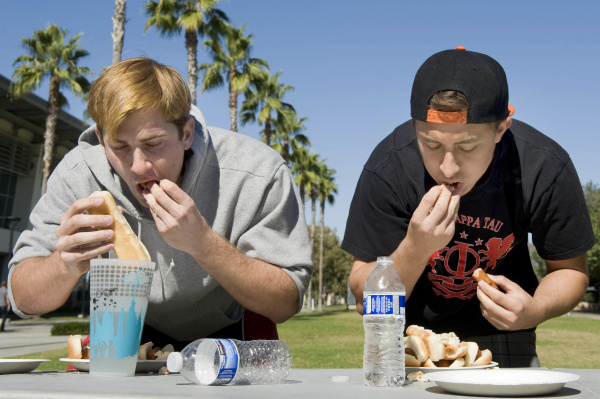 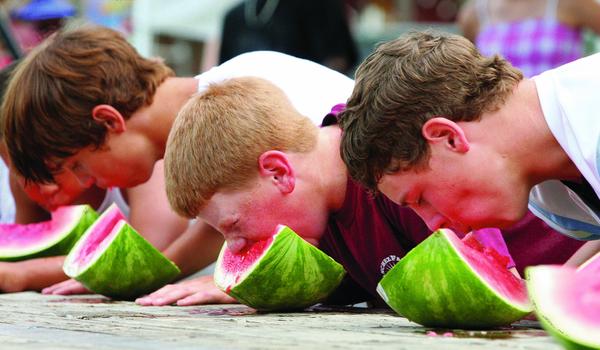 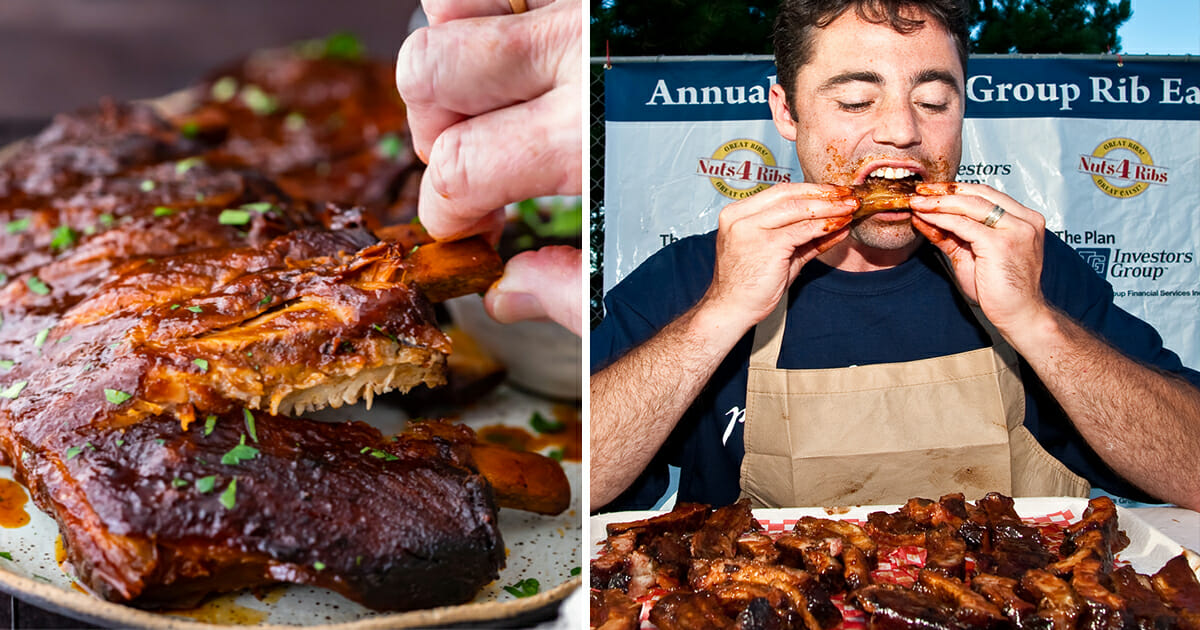 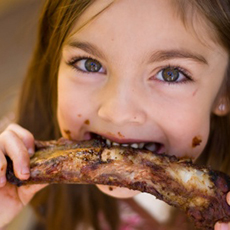 SK writers just need to grow up a little.

They grow or not grow together with their public. When the public ceases to appreciate crass shows like Welcome to Waikiki, with people spitting out the contents of their mouth etc., then the writers obviously will cease to write this kind of scenes.

@vivi_1485 @porkypine90_261
you don’t remember the following post that I made in a different topic. Do you

Kdrama things that make you go 'WHAT was THAT?!?' General Discussion

Oh, I don’t know about that we British quite like toilet humour. Korea , please feel free to use as much toilet humour as you like

We British might seem quite sophisticated, but you’d be surprised what goes on in the average British household

British humour is also very self-deprecating, but most Europeans know this already.

I won’t say I don’t enjoy toilet humor. Done in the right way, it does make me laugh. It’s only when the second-hand embarrassment outweighs the comedy that I start disliking it.

Welcome to Waikiki went a leetle too far IMO, and I nearly died of embarrassment watching that one scene in Marriage, Not Dating. But almost everything else I’ve watched has been pretty funny!

@vivi_1485
is it bad that I now want to watch the drama that you just mentioned? I seem to be living up to what I told you about us British liking toilet humour

What @porkypine90_261 posted here from the ‘‘Western side’’ it’s obviously competition between contestants, and a few commercial, so I don’t think that applies to what smywu_66 was referring to, bc contestant have no choice but to eat like that. These are not uncomfortable scene of people eating with no manners in a drama/show/movie, and the camera making sure they show every little detail of the food in their mouth, and ever single slurp, gas etc.

I really don’t understand why Asian culture don’t see anything wrong in that, and much less, I don’t see anything funny in those kinds of dramas/shows/YT videos/movies etc. etc. When I see those scenes; my laptop is flying out of my sight, and if is the TV I’m running out of there. I have actually thrown up bc I have found a scene so disgusting (even right now writing here I want to vomit)

There is a scene I detest so much I wrote the name of the writer so I won’t ever watch any drama they write. The scene

the guy throws all the rice he was eating into the other person’s face, and takes the rice from the other person and starts eating it!!! I think that’s when I COMPLETELY fell out of love with K-dramas. You know what it is that when you are watching K dramas you have to be in ‘‘running mode’’ in case those disgusting meal or bathroom humor’’ scenes come up?

I learned one thing; never watch a K-drama while eating bc it can ruin your apetite for life. I just don’t understand why this culture feel that something that’s so vulgar, is considered to be so funny. I had a huge crush on an actor, and he had the audacity to make a bathroom scene where there was no toilet paper, he had diarrhea and falls in top of all that mess. He’ no longer exist to me bc I won’t watch any drama/movie his in. All I keep seeing that scene replaying in my head when I see his face.

I consider bathroom humor and sloppy eating scenes very vulgar, and I detest them. Especially the scenes where they eat this noodles that you can tell they do it on purpose, and add a brown sauce that look like they eating diarrea instead of a nice bowl of spaghettis. Thank goodness the bathroom scenes are less common so I have more dramas to watch bc lately I had nothing to watch.

Goodness, you seem to have watched the very worst of what Dramaland has to offer

I personally haven’t seen any such extreme scenes. Maybe the dramas you mentioned are older ones?
The worst food scene I’ve seen is in The Defendant, but I don’t think that’s is what the admin of this thread meant when they created the thread.

I personally haven’t seen any such extreme scenes.

Even in normal dramas, there is at least one scene like that. Lately it’s not often the main leads being gross, but a “comic relief” character. For instance the wizard trio in “Mama Fairy and the Woodcutter”. Unfortunately you can still see the female lead eating like that, one recent example being “My Roommate is a Gumiho”. If I remember correctly, the fat bully in “Spring Is Green” and of course Waikiki that I mentioned in my earlier comment. But they are many, many more.
Here are some examples by our Reddit friends:

I remember in Vagabond, the main character finds out something terrible at lunch or something and he just bawls his eyes out while chewed up food falls out of his mouth. It was hard to feel anything but disgust (sorry Seunggi, I fast forwarded).

I’m watching Shopping King Louis right now and the male lead has the worst table manners. He talks with his mouth full, stuffs his mouth until he gets chipmunk cheeks, smears food all around his mouth , and worst of all sprayed the female lead with food when he tried talking to her with his mouth full.

I don’t know whether I’m more grossed out by this sort of eating or by the excessive drinking, like the female lead of “Another Miss Oh”, of “Radiant” (otherwise not a comedy by any means) and sooo many others, again too many to mention.

and the “pepperoni” salami…

Wait, what? Then… what do you eat pizza with? Knife and fork?

I don’t want my pizza to get all stringy either, and I certainly don’t eat it messily like in some of those photos, but pizza is definitely an eat-with-hands kind of food around here.

what do you eat pizza with? Knife and fork?

Especially the scenes where they eat this noodles that you can tell they do it on purpose, and add a brown sauce 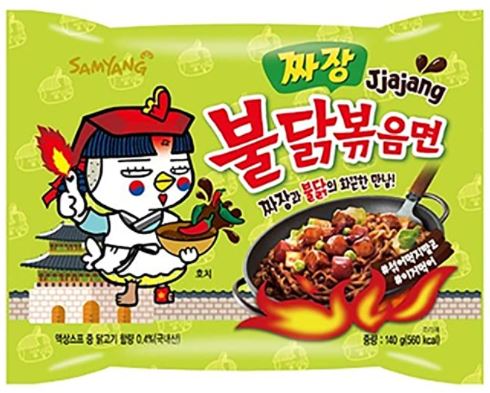 I add chicken and black fungus mushrooms to it. YUM! They are nice and chewy. Good texture difference in ramen. Just soak the dried mushrooms for a few minutes. 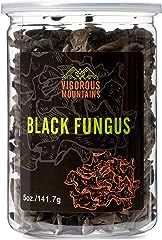 This is showing my age but this reminds me of Seinfeld and the Pledge Drive episode where Mr. Pitt was eating a Snickers bar with a knife and fork

I personally haven’t seen any such extreme scenes.

To me, they are so commonplace that you miss it sometimes; one of the things I noticed immediately about K-Drama is the inclusion of bodily functions as points you never see in American television, there are poop and vomit scenes that are scattered about as comedic relief everywhere, without making a spoiler, I know I have seen a drama in which the Female lead has crapped her pants , one involved projectile vomiting, and many , many more where people ‘just barely make it’ to the toilet, the one that personally got me as there was no real need was a drama in which the mother and daughter were engaged in a conversation as to who’s turd clogged the toilet - at breakfast. None of this really bothers me , but it points out other cultures have different senses of humor…and Korea is the only place I know of that has a Museum dedicated to bowel movements.

I believe that if ‘‘American TV’’ decided to make those unpleasant bathroom/vulgar eating scenes, that show would be removed in less than a day.

I find it so ridiculous that people would eat a pizza with fork and knife bc it takes that magical taste real Italian pizza has. Where I live, the Italian pizzerias has different nationalities making the pizza; so before I order pizza I look to see who’s making the pizza, and if they’re not Italian I leave the place. No one cooks pizza like the Italians do.

@simi11 I guess you are not talking about this 2 pics since obviously they are no where close to eating it. Pizza is the only messy food that doesn’t disturb my OCD condition. lol 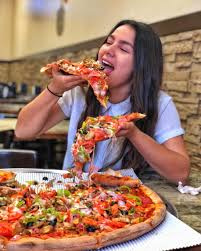 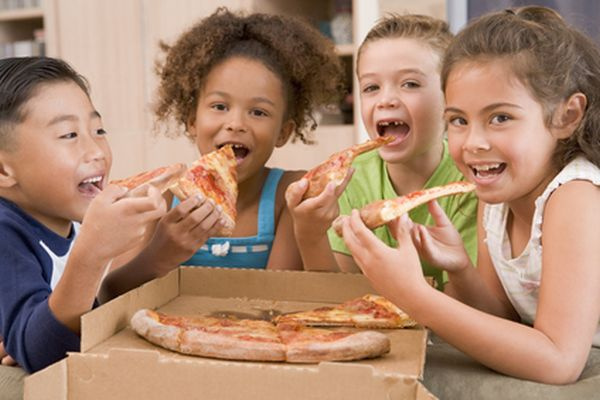 I had the UNPLEASANT experience of eating that Black Fungus

I ordered a soup once and it had those things in it. They are chewy like ‘‘rubber’’ omg; why you had to remind me of that traumatic experience? Wasted money bc i threw out the soup from the anger.

Everything I have tasted so far that is Asian food has not been nice to my stomach. It’s way too salty and spicy. The first few spoons are okey, but after a while I feel sick like my stomach is on fire, and it hurts my stomach way too much. I like Kimchi but it has to be very mild and I stopped buying it bc I started sweating profusely and getting heart palpitations (don’t know why).

yeah, Asian food takes a lot of getting used to

we usually like our stuff SPICY… that’s why a lot of international outlets customize/add spice to their menus for the Asian market. Lots of people I know who’ve moved from here to the US talk about how bland some of the cuisine is

and then there’s the “US KFC ISN’T LIKE INDIA KFC WHAT IS THIS!!!”