What! You mean this stuff is real!

I really watch a lot of sageuks, I can’t remember which one that was in. But they also sometimes do the “have you tried this new product from the Qing (dynasty) or the West?” and it definitely seems like a PPL moment. They usually don’t show the brand or anything (not that I can recall), but you can see them in the brands that sponsored the series.

wait…did you make those up? The message boards are so tone-deaf it’s hard to tell

. Pretty awesome though either way.

Maybe I need to pay more attention too, guess I do miss some of these little things as half my attention is focused on reading the subtitles so don’t spot a lot of things like digital watches or the infamous electric lamp in a period drama.

Sorry, my bad. Perhaps I should have lead with “Maybe they could…” in answer to your ponderings, but it seems I wasn’t that far off!

It was just that I was thinking about your question

how would they do product placements on Historial Dramas

and thought of Subway being written in Korean (according to Google Translate) in one of those old fashioned stylish wooden shop signs tickled me and I got carried away after that.

The next time I spot one, I’ll put it here

look at this! I kNEW it

http://koalasplayground.com/2018/08/22/subway-quadruples-stores-and-sales-in-four-years-thanks-to-k-drama-product-placement/
“Not Google or Amazon, Subway will lead world domination – one drama at a time.”

for sageuk PPL: they ACTUALLY DID it!! (Mr. Sunshine- Paris Baguette)

"Mr. Sunshine" has become the talk of the town with ever-increasing popularity. Week over week, tVN's epic drama "Mr. Sunshine" is proving to be a

Love this show As I do all of Lee Buyng-hun movies and series and wow is Kim Tae-ri the prettiest girl ever or what. And so what if they are making a little extra on the side I for one dont give it much thought I like to follow along with the story not think about shit we have no control over what’s the point.

yeah, I don’t give it much thought either…hardly even notice it, and even if I do notice, I find it funny. After watching 15-minute long commercial breaks on TV I’m actually thankful for product placement–MUCH better!

You answered one of the questions in the OP, so let me ask you the second one. Have you ever been tempted by one of the PPL?

Hahah yes, thanks for the article. What they said about Paris Baguette is true in most sageuks with PPL, I think. The brand makes up a fictional product for the sageuk and then makes an exclusive line for fans of the show (or anyone who wants to try it).

I remember in one series the leading actor goes to the bathroom and dropped his phone in the sink. That’s how I learned Samsung had just introduced a water proof phone.
Why would a terribly rich person be eating a $5 Subway sandwich everyday for lunch?
What’s funny is putting stickers over logos if the manufacturer hasn’t done a PPL. So on variety shows, they stick tape over the logo on the shirts or hats when the actor is using his own clothing. In movies and dramas they cover the car logos as though we would not recognize the front grill or the hubcaps. As though we would not recognize a Macbook laptop if they put a big sticker on the center of the top cover which is Apple sized.
In a few series in which a luxury brand like Cadillac or BMW is a sponsor, a very ordinary person is driving a car that probably costs $75000US in Korea.
But I love Krispy Kreme donuts and they are sponsoring Record of Youth so I get to see Krispy Kreme donuts in every episode.

It reminded me of this quote

The one I notice the most is the National Geographic shirts. They always tape the lower half of the logo, but you can clearly see the top half.

In Zombie Detective they have the foldable android or was it Samsung, and it was h20 proof because she dropped it in her soup but it still worked.

Re: subway. It’s like my last resort quick lunch but there’s a ton of it around here. I’m more curious about Coffee Bay

foldable android or was it Samsung,

pretty sure it was Samsung 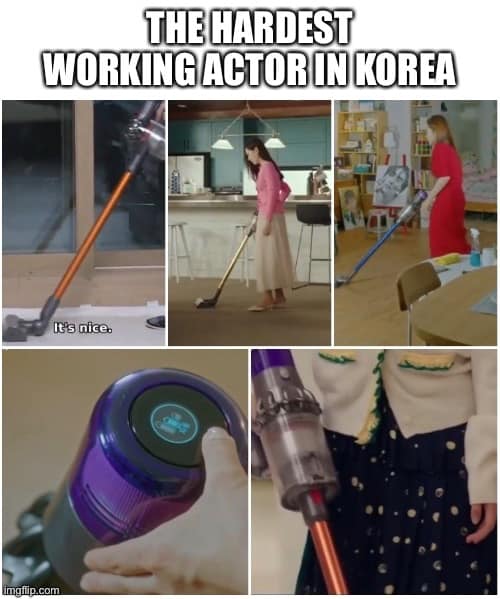 oh dear, in Lost Romance, the AMOUNT of PPE they did for Snuggle Cedar Reed Diffuser

It was HILARIOUS it was EVERYWHERE it was in the first scene of every ep every character HAD to smell it at least once​:joy: It was in almost every romantic scene…they REALLY wanted us to have it imprinted across our brains-- SNUGGLE.REED.DIFFUSER. GET. IT. NOW.

The Marketing/Product Placement in Asian Dramas..does it affect you? General Discussion

So my phone died a few days ago and I got a new one today. Annnd guess what, I got a Samsung phone lol. Not any Samsung, but a Samsung Note 3 in Blush Pink, the exact same phone as Chong Song Yi’s the female lead in the drama currently airing My Love From The Star. [image] Yes I will admit I’ve been a total victim of the marketing tactics used heavily in all thoses dramas I watch. What about you? Do you search for and occasionally buy product (fashion, technology, gadjets,music) that’s you’v…


The above 2014 topic got closed, but their discussion is still relevant. Take a look, only 15 replies. Enjoy!

It’s kind of funny reading this discussion again, since Subway was mentioned and how those Subway PPLs have gotten so out of hand that even Subway is making fun of themselves now with the sandwich drama “Someway” that they produced.

One of the PPLs that started to get annoying are those pink moisture makeup sticks that are everywhere now. In the beginning you did notice them, but they were “worked into” the story somehow.
When you see them now, it often has nothing to do with the story at all and is in that territory of being thrown in ‘just because.’

I can’t think of anything else that’s being promoted as aggressively as that (apart from the classics).