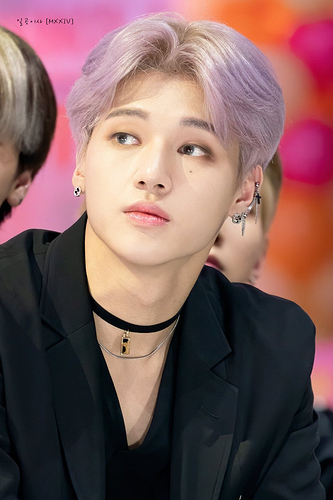 Birthday Greetings to a fellow Sagittarius!

This year’s lineup is mostly 4th Gen, so I might just watch some selected performances

Yes, there are a lot of 4th gen groups performing this year and they are supposed to have a special 4th Gen Collaborative Stage as well.

I cannot say how EXCITED I am for JUNHO that his premiere drama after service is doing so WELL!
Waiting until it is all out to Watch Party this wonderful show!!!

Same for Happiness with Sikkie - He picked such a good script for his 1st out after service!!! I love the show!

If these guys are listening to me - DO ACTION - I want to see Junho as a COP or a Secret Agent same for SIKKIE again! More ACTION

If these guys are listening to me - DO ACTION

Pretty please with sugar on top!

It was such an awesome move!

Now that I figured out how to do it there’s a gif I really wanted from a while back, good thing I wrote down what it was, or I’d have forgotten, for your viewing pleasure, the octopus slap from Gaduri Restaurant

A while back a few of us were looking for a gif of something anyone remember what it was? Faint? Spin catch?

the trip and catch trope

I do remember an overall lack of ‘trip and catch’ GIFs a while back when we were having a discussion about that trope.

Thank you, I knew there was something. Now I just have to remember what dramas and which episodes I’ve seen it in.

I remember the dramas, but finding the specific episode is the time-consuming part. You could ask for help if you get stuck or can’t find the episode

If you remember a couple dramas I can go looking, probably slowly. lol

These are the times when I scold myself for not taking thorough notes when I’m watching dramas instead of just enjoying them as if there won’t be a quiz on them later.

as if there won’t be a quiz on them later.

lol, I actually took note of a couple places I wanted gifs from if I ever decided to figure it out. The PHS car slide was too good for me to ignore so now I’m doing a couple more. Although I don’t usually watch a drama with the intent of making a gif so I probably have missed so many potential gems.

I never have that intent, but I know there are countess moments where I tell myself, ‘That would make the (cutest, funniest, most useful) GIF’. But I never bother writing them down, and then I kick myself later.

I remember wanting to make a video about dramas or something, so I meticulously took notes and wrote down the time stamps of every interesting thing that happened in about four or five dramas

I lost my focus a long time ago

There’s an epic one in 18 Again

I laughed so much because of how dramatic it was, but I don’t remember which episode it’s in. Dae Young saves Ae Rin. She slips in slow motion, throwing all the blank papers she was holding

There’s also a trip and catch scene in Touch Your Heart, somewhere at the end of one of the episodes. It’s before the halfway mark, I think. Episode 4 or 5, maybe? There’s another scene an episode before this one, in which she trips but he just moves away and she has an epic fall.

According to my notes, there’s a doctor doing CPR on a fish in The Secret Life of My Secretary, Epsiode 20, at around 15:40

Ji Chang Wookie and Choo Tae Joonie have their hialrious fight with high school bullies in Suspicious Partner Episode 10, at around 19:58

doctor doing CPR on a fish

It’s a good think I wasn’t drinking when I read this or I would have done a spit take, I’d completely forgot about that.

Here you go @vivi_1485 the first one I couldn’t get the whole thing, giffy only lets you have 15 seconds and with all the back and forth angles, and me not knowing how to edit a video, the scene is too long.

I just looked as the Suspicious Partner fight, I don’t even know what I’d gif in that. lol There’s so much going on. I forgot how funny it was.