The weird thing is, I don’t particularly like any of my five “Most-Watched” actresses. I actually harbour lots of dislike for Lee Sun Bin. I think they were all just coincidentally the co-stars of other actors I like or I watched the drama for the plot. My actual favorites are Shin Min Ah, Chae Soo Bin, Tan Songyun(Seven Tan) and Sandra Ma. I just haven’t watched many of their dramas - I tend to watch mainly for the plot and not even my favorite actors could force me to watch a drama whose plot I don’t like

The actual accurate stats are my favorite movies and dramas 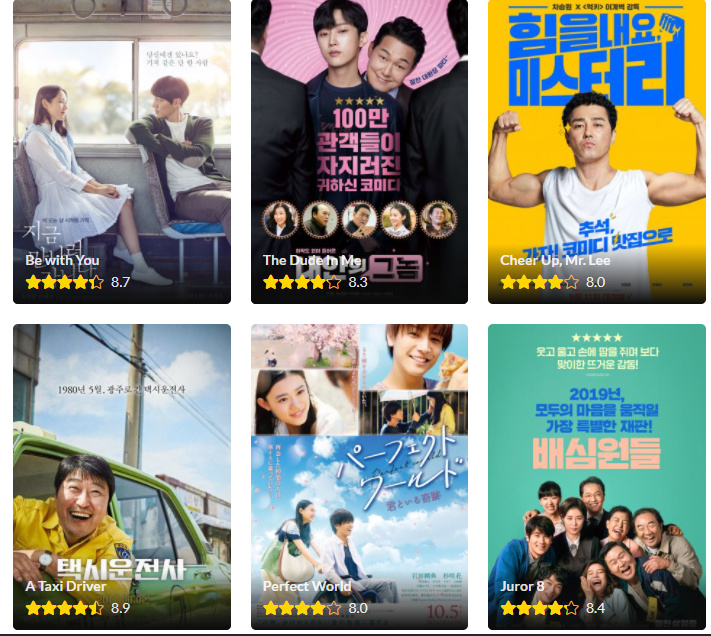 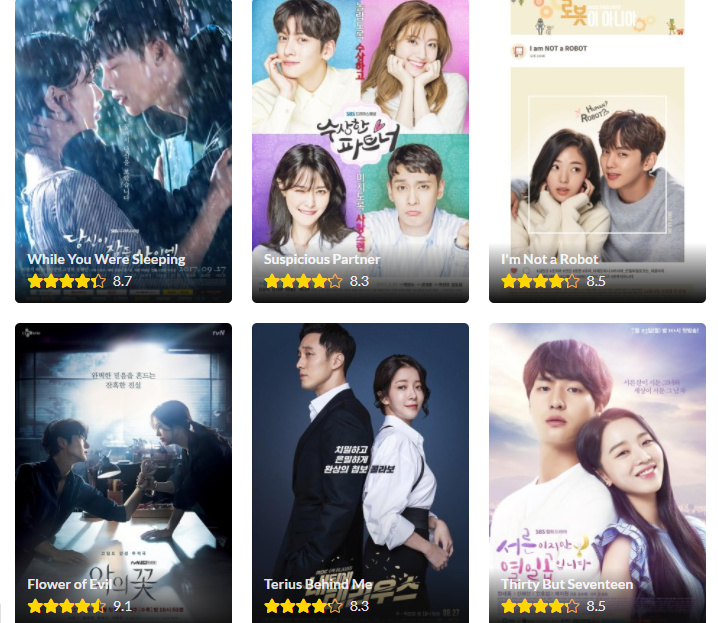 The stats just show the love I have for kdramas. 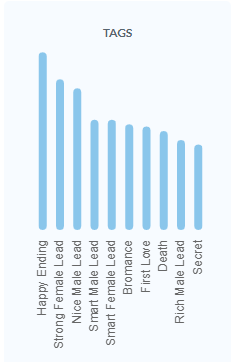 What is the Public Watch Party? How is it supposed to work? I just noticed it a few days ago. Most of the Parties say Waiting For Participants and they do not have any watchers. I think people assume that the parties are for invited guests only, but then it looks like invited guests are not showing up either.

They changed the way we do WP - You can make it public or private -
I always make ours Private
Now once we watch EPS it will not let me make it private anymore
I think you can join the Public ones now!
We can no longer name WP either - so weird

Thanks for your response. Much appreciated. The Public Watch Parties do not state a start time either, so I think people do not join in since the show might be in progress or near the end? The only WP that have a time on them are the Viki ones. Interesting that you can’t name the WP anymore. There is just the Host information available, so I guess you have to know who the host is. 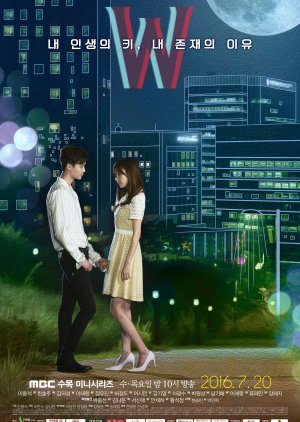 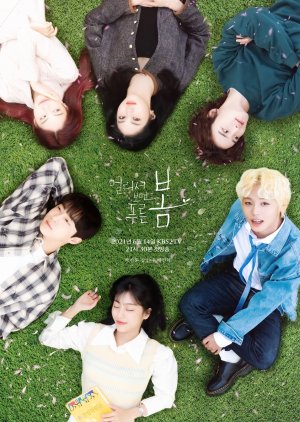 At a Distance, Spring Is Green
8.4 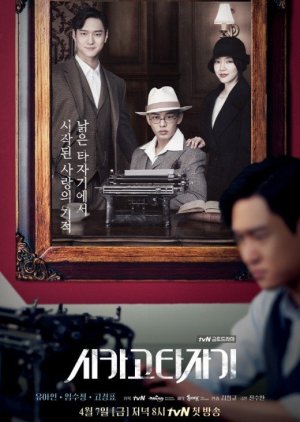 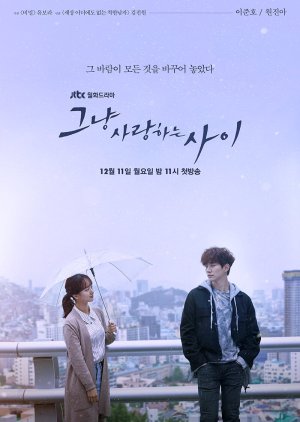 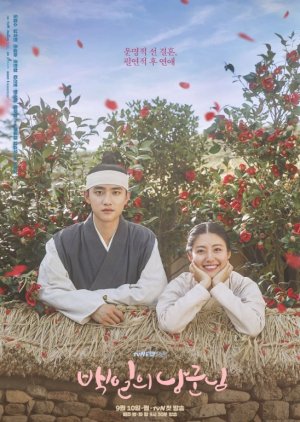 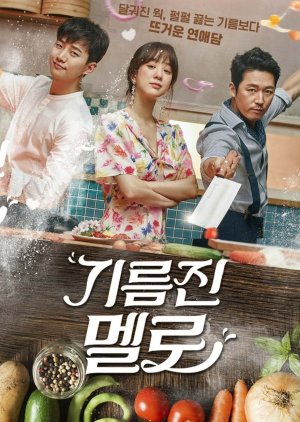 Funny these STATS are funny! These are some of my 10s I think!!! LOL

The public watch parties that say they are ‘waiting for participants’ haven’t actually started. Once they start playing, they will show up as ‘Live’. I got a pop-up message explaining some of this new stuff, and it said that if you start a public party, to put your start time in the ‘chat’ section, but that means anyone interested has to actually join the party first in order to see when it’s going to start. I think that keeps a lot of people away

I actually found it under the ‘Year’ tab (all the way on the right) on my profile, so either way seems to work.

Interesting. I was actually pretty surprised by most of the actors in my top 5 - they were nobody special as far as my likes go, other than my number one (Daniel Padilla) and Wookie.

‘Happy Endings’ also outpaces all the other tags for me, not surprisingly.

Also not surprised by my top-rated dramas 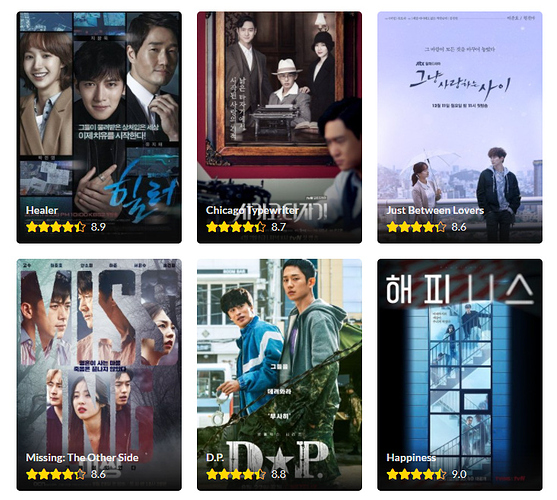 I found it funny that they even told me which day of the week (it’s Sunday, interestingly) and which month of the year I seem to watch the most. It was a fun look back on the year.

I didn’t even see that

Since it’s a new feature, Viki still has a long way to go with it. There currently seem to be two - (or is it three?) statuses - Waiting for Participants, Live and something else(I forgot). I really would like it if the WP showed the start (and expected end)time right under the thumbnail.

Maybe Viki wants us to advertise our WPs on Discussions(since they’ve added the WP tag and everything), but Discussions is still not on the main page and the majority of Discussions users are contributors. I don’t know how I feel about having a sudden influx of non-contributors, so it’ll be interesting to see what Viki decides to do with this.

Also, because it’s new, it looks like people are just randomly creating WPs without really knowing what they’re doing. It shows, because most of the WPs are for School 2021, True Beauty and other dramas with a younger target audience - the audience most likely to randomly click buttons and explore new features. I noticed that more mature/popular dramas immediately got a few viewers - there was one for Goblin and another for WWWSK - both reached about 10 when I saw them last. Maybe they were planned.

What I want to know is - am I seeing all the WPs being created on Viki or is it region-restricted or something?

Actually, Ali said she was forced to make our movie WP public tonight, but it never showed up on the home page.

is it region-restricted or something?

I’ve wondered this too because I haven’t seen all the ones for School 2021 that you have mentioned. There were a couple for Red Sleeve and for Ghost Doctor and a couple others on my homepage today.

Well, let’s try it again. This is for a continuation of Fall In Love that we paused during the holidays.

Got in through the link but i can’t see it on my homepage… there are about five NWABU WPs, one Red SLeeve, one 1% of Something and one Ghost Doctor on my homepage right now.

That’s what I currently see as well.

Thanks for the additional information about Watch Party Features. Much appreciated.

Thanks for your response. I guess we will see what happens with the Watch parties as time goes on and people become more comfortable with it.

Well. I didn’t expect it to appear on the home page and it did not. I think what Viki is doing is mainly to encourage newbies to make and join watch parties. And truthfully, there is no place to put the intended times so it is useless for an international audience. Potential joiners have to open the WP to see if it is running and when but when they ‘peek’ that takes up a seat which is why so many fill up but no one can watch.

I created and posted the WP for Fall In Love on Sunday, Jan 9, just before 9PM US Mountain Time and as of Monday, Jan 10 at 1 AM it still has not shown up on the Viki home page. So my WPs may be blacklisted and redacted

Oh I know! I’ll use my hubbies login and see if he can post a watch party! Using Firefox for his show sinvce mine only has Vivi in it so far. See you Monday at 10 PM ET Vivi!

Let’s see if and if so, when it appears on the home page. amd , it if DOES appear, how many people peeked in to see what time it will run.