and heres your cake to go along with that 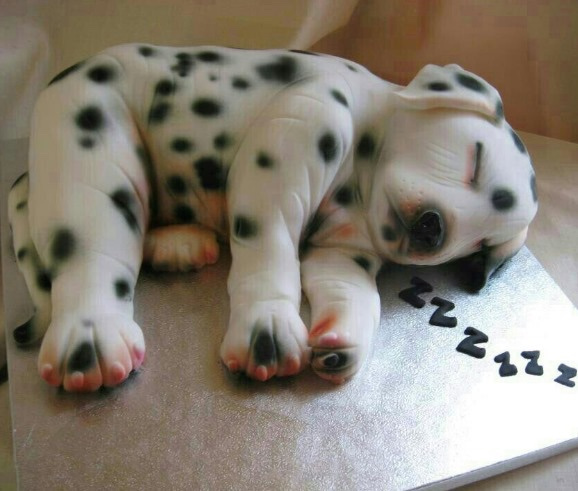 Now that is a cake I’d have a problem cutting into. 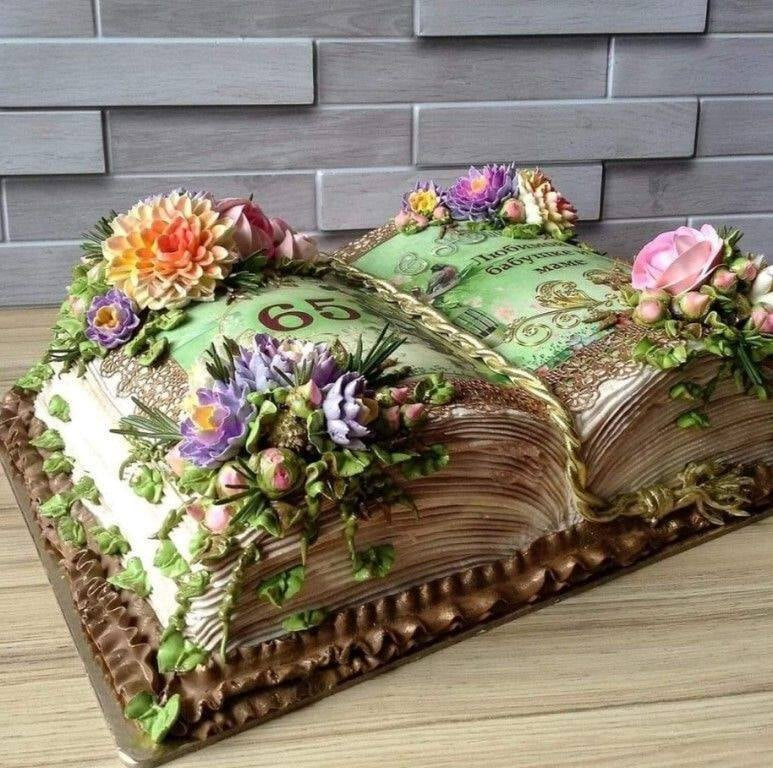 how about this one then?

Yeah, I could eat that one. People sometimes ask for a corner piece, but look at the frosting you would get with that! My stomach hurts just thinking about it.

K Drama “Strong Woman Do Bong Soon” to have a Sequel with a new cast! I think the writer and director are also different, too. I don’t know how I feel about this. I liked the original drama, but this sequel-I’m not sure about it.

I was reading about this drama today. It sounds like it is related to the original in name only. It could be okay, but it comes with a lot of expectations by calling itself a sequel.

Oh please not again -_- saw the news on MDL and got so… annoyed. I think a sequel is just unnecessary if it doesn’t have the original cast. Make a new drama.

was reading about this drama today. It sounds like it is related to the original in name only. It could be okay, but it comes with a lot of expectations by calling itself a sequel.

Oh please not again -_- saw the news on MDL and got so… annoyed. I think a sequel is just unnecessary if it doesn’t have the original cast. Make a new drama.

Yes, the drama plot does sound very different with the only commonality being the super strength of the FL. Plus the fact that the super strength is hereditary passed to just the females.
And yes, can it really be called a sequel without the original characters, let alone the actors? It’s pretty much a new drama but trying to get views by linking itself to the original Do Bong Soon.
I have to admit that I would have preferred a true sequel where we see Do Bong Soon and Min Hyuk helping Gook Doo to fight crimes (similar to where we saw the 3 of them team up to capture the bad guy in the original drama) and then we also can see the OTP raising their twin daughters. Maybe Gook Doo could have a loveline. Oh, well.

And never mind the absence of the original characters and actors, it’s not even the same writer, etc.

I think all of us original SWDBS fans wanted to see BongBong and MinMin raising their super strong daughters. How fun could that have been?

Thats what I was hoping for, deep down in my heart. Season 1 had a very meaningful undertone, and i think what makes SWDBS SWDBS is the adorable chemistry between Min Hyuk and Bong Soon. They fit perfectly. I can’t imagine SWDBS without them

And never mind the absence of the original characters and actors, it’s not even the same writer, etc.

I think all of us original SWDBS fans wanted to see BongBong and MinMin raising their super strong daughters. How fun could that have been?

what makes SWDBS SWDBS is the adorable chemistry between Min Hyuk and Bong Soon. They fit perfectly. I can’t imagine SWDBS without them

Yeah, I agree. This so called “sequel” is lacking those elements that made SWDBS so popular. It’s just an obvious publicity move. I have mixed feelings about it. Not sure if I will check out the drama or not.

I want the original characters!

Thanks for sharing that video clip of BTS and the Press Briefing @leerla73. Much appreciated as I had no idea they were in DC to participate in the Asian Heritage Month White House Talks on Asian Hate Crimes. So, they are still diplomats. I had wondered if their diplomatic status would change with the new South Korean President administration, but since they are at the White House today, it seems their diplomatic status and passports are still in effect. I wonder if BTS or the White House will share any photos from their visit. I’m sure Pres. Biden staff wouldn’t miss the opportunity to take at least 1 official photo of their meeting together. Everything went smoothly and it was nice to see all the members speaking confidently to the White House Press Corps. I felt kind of bad for them at the very end when the reporter ignored the fact they were not taking questions and started shouting out questions anyway. The White House Press Secretary shut her down pretty well, but I think she should have had a little better control- I think she was just about 10 seconds late returning to the podium.

Going for that Che Guevara look 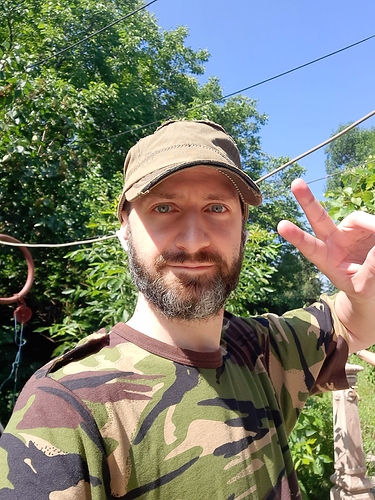 Article about BTS Visit to the White House with Photos and Video Clip of their meeting in the Oval Office with President Biden.
https://www.soompi.com/article/1528891wpp/watch-bts-and-u-s-president-joe-biden-share-video-and-photos-from-their-meeting-at-white-house

Not sure, but from what was posted it looks like the group left the talking to RM here.

heres a show I have forgotten about, it was funny as well. anyone remember it? 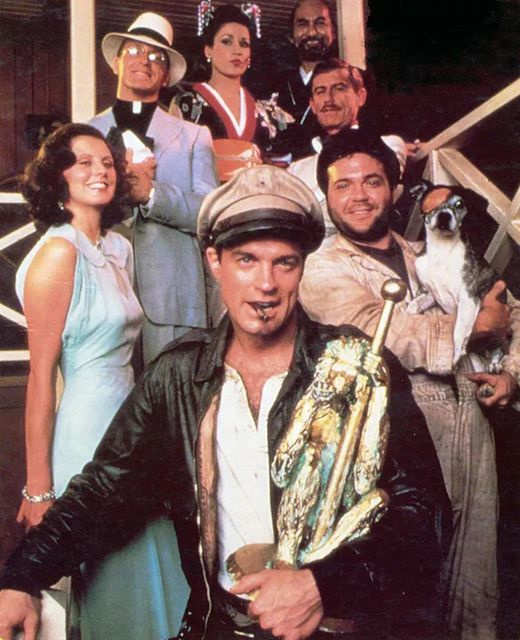 39 years ago today, June 1, 1983, the final episode of Tales of the Gold Monkey aired. It is an American adventure drama television series broadcast in prime time on Wednesday nights by ABC from September 22, 1982, until June 1, 1983. Debuting the year following the release of Raiders of the Lost Ark, the series featured the romance of early aviation, exotic locales, and cliff-hanging action.

Set in 1938 in the South Pacific, the series is about an ex-Flying Tigers fighter pilot (an anachronism, since the Flying Tigers, were an American volunteer fighter pilot group who fought the Japanese for China, operated only from 1940–1942) named Jake Cutter (Stephen Collins). Now the operator of an air cargo delivery service based on the fictional South Seas island Bora Gora, he flies a red and white Grumman Goose called Cutter’s Goose. Jake’s best friend is his mechanic Corky (Jeff MacKay), a good-hearted alcoholic with a hazy memory from heavy drinking. However, a one-eyed Jack Russell terrier named Jack, which barks once for “no” and twice for “yes” (or the opposite if it suits him) would dispute just who Jake’s best friend really is. Jack wears an eye patch, but used to have a false eye made of opal with a star sapphire centre that Jake lost in a poker game—and refuses to let Jake forget it.

Jake’s love interest/U.S. government spy contact is Sarah Stickney White (Caitlin O’Heaney). She sings in the Monkey Bar as a cover for her espionage activities. The Reverend Willie Tenboom (John Calvin), a phony man of the cloth who likes to “bless” the female natives in private “prayer”, is in reality a Nazi spy named Willy, with interests in both sides.

“Bon Chance” Louie (played by Ron Moody in the pilot, Roddy McDowall in the series) is the owner of the Monkey Bar and the French magistrate for Bora Gora. Jake’s nemesis is the Japanese princess Koji (Marta DuBois), a Dragon Lady type of character who has eyes for Jake. Koji’s devoted bodyguard is Todo (John Fujioka), a fierce practitioner of Bushido and loyal to the princess. (Although Calvin, DuBois, and Fujioka were billed on the opening credits of each episode, they actually only appeared on a semi-regular basis in a handful of episodes.)

The title is derived from a gigantic mythical golden statue that is the focal point of the pilot episode, seen only by the viewer at the end of the show. The characters end their search for the statue after finding a substitute brass monkey that is kept at the Monkey Bar for the rest of the series.

As with most of creator Donald P. Bellisario’s projects, links exist to his other shows. The most notable is of the character Gandy Dancer (played by William Lucking), an ace pilot treasure hunter who appears in the episodes “Legends Are Forever” and – in flashback form – in “Honor Thy Brother”. Although Gandy dies in “Legends Are Forever”, Bellisario liked the character enough to adapt him to the present day. The third-season episode “Two Birds of a Feather” of Bellisario’s hit Magnum, P.I. has Lucking playing the very similar character of Sam Houston Hunter, also an ace pilot. The episode, which noticeably has little appearance of Magnum or any other regular characters, acted as a backdoor pilot for a proposed spin-off series starring Lucking. However, the series was never picked up, although Bellisario stripped down the ‘adventures of an ace pilot’ concept and worked it into Airwolf (1984–1986). Jeff MacKay had recurring roles in Magnum, P.I., and later JAG (1995–2005), and Marta DuBois played the role of Magnum’s estranged wife Michelle, long-presumed dead, in a story arc that spanned most of that show’s run. MacKay and Calvin both went on to play several guest roles in Airwolf; and McDowall, MacKay, Calvin (and stock footage of the Goose) all went on to have guest appearances on the Bellisario series Quantum Leap (1989–1993). Stock footage of the Goose was also used in The A-Team episode “The Island” (season three, episode eight) and in Quantum Leap Episode “Ghost Ship” (season four, episode 16). Additionally, Jake’s surname, Cutter, was previously an early working title and character name for that of Magnum, and Bellisario later reused the name “Gushie”, who in Gold Monkey was a waiter at the Monkey Bar who used a wheelchair, for a member of the Quantum Leap project team.

Although generally well received in both the United States and overseas (such as the United Kingdom, where it was broadcast on BBC One on Monday evenings), the show was not renewed for another season, mostly due to the ratings not justifying the high cost of production.

This show was an inspiration for the Disney animated series TaleSpin, according to series creators Jymn Magon and Mark Zaslove. It also heavily inspired the ninth season of the animated series, Archer, “Danger Island”.

A fictional recursion occurs in “The Sultan of Swat” in which – while waiting for the Boeing 314 Pan Am Clipper – Jake is reading a book with a dust cover titled Murder on the Footbridge, which is apparently a key plot reference from the 1941 Alfred Hitchcock movie Suspicion.

Wow! I remember Tales of the Gold Monkey. That’s been a long time ago. I only watched a few episodes, though. I couldn’t really get into it, although I liked shows by producer Don Bellisario. I loved Magnum, PI and JAG! A rare miss for him as most of his shows have been long running hits- NCIS, Magnum, PI, JAG, Quantum Leap. Thanks for sharing this informative article about the show. I had no idea it was an inspiration for the animated series Tale Spin. My brother liked TaleSpin.

The guy in front is so handsome!