Ha! Haa! It’s so funny, it came out without the episode.

ok y’all seriousness for a bit… I again am curious, being I do watch Viki on Roku most of the time, and checked Kocowa, and can watch some there. well, somehow I discovered, on another link that Kocowa has a different link.

I did check it out. wow, they charge a monthly fee on Roku, and then I come back here and watch free. some of the dramas, that is. I saw a couple of dramas there that Viki used to have. so any thoughts, are they a separate link and all? why do they do this? (oh yeah , it was on Prime)

Yes, Kocowa is a separate entity that contracts with Viki to show some of its content. In order to get all of the content that Kocowa distributes, you have to subscribe to their own streaming service.

So I’m curious, does anyone else like starting dramas more than finishing them?

Not exactly… My doubt about my willingness to finish any given drama often keeps me from starting in the first place. I have a really hard time starting anything new these days because I just know I’m going to hit some kind of annoying trope that makes me angry, and then I’m going to want to skip a bunch of stuff, and then I question why I bothered to start this particular drama. I should have known I wouldn’t enjoy it. Now that I have written that down, I feel like I’ve developed drama PTSD.

I do it even with dramas I’ve finished, I’ll watch until the major angst and then abandon it, but for those it doesn’t matter, since I finished them at one point, and know the ending.

I think I’m an enigma in my drama watching, I hate angst, yet I love serial killer dramas. It’s not like they don’t have angst.

I’m the same, though. And the longer I’ve been watching dramas - the less angst I’m willing to tolerate. And it’s all in the kind of angst. Flirty angst can be nice, but stupid, nonsensical romantic angst that feels completely contrived for the sake of conflict in a story drives me nutty. Serial killer/crime drama angst is a totally different class. It doesn’t usually feel forced either.

I have a lot of dramas that I re-watch, and I usually skip the angsty parts when I do. Who needs that more than once? In fact, sometimes it causes me to recommend a drama as ‘easy’ or ‘fluffy’ because I’ve rewatched it so many times without the angst, that I often forget about it. Oops.

Like I just rewatched 1% of Something, and completely skipped the love rival bits, it’s very sweet and flirty without her and the cousin’s parents. Marriage, Not Dating is also sweet and flirty if you skip mom, I hate it when she says ‘Jang Mi’ in her ‘sweet’ sing-song voice.

Except for in 1% of Something, I really love the moments she tells off the love rival chick instead of allowing herself to be intimidated by her. It so rarely happens in drama land. The cousin and his parents definitely hit the cutting room floor. LOL 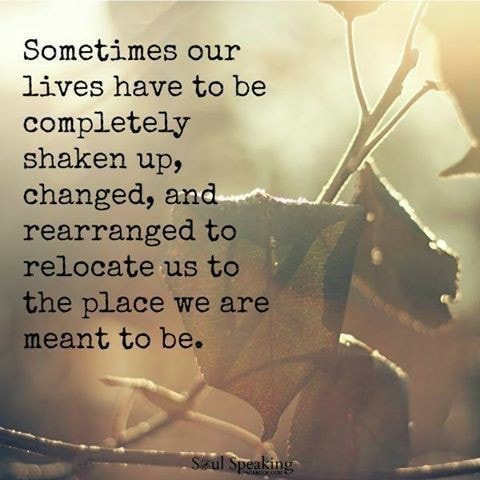 So I’m curious, does anyone else like starting dramas more than finishing them?

To be honest, these days I’m not even starting them, let alone finishing dramas. I find myself more and more waiting for dramas to finish airing so that I know whether the ending was satisfying, and what the consensus was on the drama as a whole before I start watching. I used to just start watching a drama and if I didn’t like it or got bored, I would drop it, but now I don’t even want to waste my time by starting a drama. I’ve become much more selective these days. Although I will say I have also become more willing to drop a drama than I used to be a few years ago. Normally, I’m a completist. So when I first began watching Asian dramas, I would always finish a drama, even if I had the FF button on constantly. through to the final episode. Now I’m more likely to just stop watching, and drop it. I don’t feel like wasting time with the FF button. I’ve become more, I don’t know, impatient, maybe? with my drama watching. If a drama doesn’t capture my interest in the first few episodes, I just stop watching,

but stupid, nonsensical romantic angst that feels completely contrived for the sake of conflict in a story drives me nutty. Serial killer/crime drama angst is a totally different class. It doesn’t usually feel forced either.

Yes, I don’t like the contrived angst either. Very frustrating. Serial killer angst, well, that always makes sense. I mean, there’s a killer on the loose!

Except for in 1% of Something, I really love the moments she tells off the love rival chick instead of allowing herself to be intimidated by her. It so rarely happens in drama land. T

I Loved that scene in “1% of Something”! It was so refreshing to have a FL who wasn’t intimidated by the SFL craziness. I don’t like those “crazy b**” SFL anyway.- so cartoony and unrealistic. Can’t we have female characters with some depth and believability?

Congratulations to Gong Hyo Jin on her engagement and forthcoming marriage! All the best to her and her fiance!
https://www.soompi.com/article/1540969wpp/gong-hyo-jin-and-kevin-oh-announce-marriage-plans

Congratulations to Gong Hyo Jin on her engagement

I second that! So happy to know she’s found her other half! Thanks for sharing @table122000, They’re actually getting married in New York! 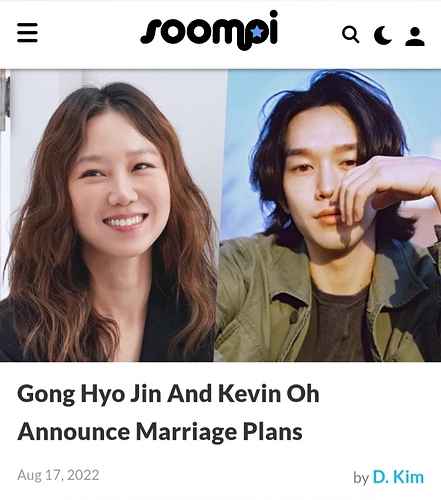 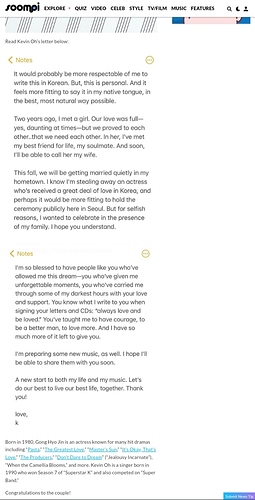 dramas to finish airing so that I know whether the ending was satisfying, and what the consesus was on the drama as a whole before I start watching

Me too! And its so disappointing to see more negative reviews and situations than good ones, which make me kick so many dramas off my watchlist

Is anyone watching Today’s Webtoon?

How do people miss such important points in a drama? Someone in the comments guessing someone is the bad guy, when it was clearly show that he was the previous episode. smh

me for one, I loved Vencenzo, but when one of my fave actors played a bad guy, I really didn’t like it, BUT, one of you directed me nicely about exactly what you are talking about
( this has been at least a year ago) . so I re thought what all this was about. so I have “learned” not to jump the gun, and say negative things about a bad guy. so thanks for you telling me these things, and there are other dramas I did think the same thing, and have stopped … thinking out of the box type thing,