I think this is a great idea!

Thanks to @piranna and @mirjam_465

Recently Netflix shows a series that is based on the book of one of my fav authors (long time ago). It is so nice to see that her book is not forgotten yet (when I saw the trailer I immediately thought about the book and I may read it again).

Oh, Tonke Dragt! One of our elementary school teachers used to read her book Verhalen van de tweelingbroers out to us. And we read her series De blauwe maan, also in elementary school.
Her book De zevensprong was made into a tv-series, which I watched as a child.

I’m unsure about the exact number of books I read from her. There were a couple but I can’t remember all titles I saw the movie, but I never actually read the book. If I remember well one of my classmates in elementary school was reading it at the time.

I don’t know this author! I’m going to look for her books

It’s a really hard question, I don’t know what my favorites are. It’s like what your favorite dramas are. Too many choices and we discover or watch something new all the time!

I saw the movie, but I never actually read the book.

The old version is nice but the newer one (maybe remake or fake sequel from the USA was not nice, the atmosphere wasn’t there later, that is also a reason why I’m unsure if I give the Tonke Dragt series on Netflix a try or not. Usually the movie/show is bad when I like the book and other way around too. It is rare, that I like both versions: book and movie/series).

Momo is also good, with movie and book and Astrid Lindgren’s books and series.

It’s a really hard question, I don’t know what my favorites are. It’s like what your favorite dramas are. Too many choices and we discover or watch something new all the time!

That’s true. For me it is something I keep in mind ‘forever’ no matter how long ago something is. So I could like something at a certain point but then I’m interested in something else but few things are like evergreens.

(some modern authors aren’t because it can happen that I read a really great scifi thriller and then I read a new novel from the same author and suddenly it is terrible… I guess for me a ‘good’ author must be able to write several books on the same level even when the topic is of course different and the stories/characters change too).

Don’t you two read books/stories that stick in your mind for long? Longer than for a moment of a certain mood/interest?

Don’t you two read books/stories that stick in your mind for long? Longer than for a moment of a certain mood/interest?

The books I read last year:

How Not to Kill Yourself: A Survival Guide for Imaginative Pessimists - Set Sytes & Faith G. Harper

Will You Be There? - Guillaume Musso ( Seras-tu là?)

Hmmm… It’s difficult to say what my favorite books are because I’ve read so many lol, but I really loved Agatha Christie’s books. I remember them being super suspenseful and unpredictable–they were no doubt the best mystery books I had ever read

. These are some of my favorites:

I used to read a lot of her books too.

Not sure about favorites but a good one is A Murder of Crows. It was turned into a movie that I also liked:

Directed by Rowdy Herrington. With Cuba Gooding Jr., Tom Berenger, Marianne Jean-Baptiste, Eric Stoltz. A disbarred lawyer takes credit for a late friend's book, which becomes a smash hit but the tables turn on him sooner than he suspected.

I’m illiterate, I was told, so I don’t know how to read, but if I did, I would say my favourite book is Yann Martel’ Life of Pi. I’ll send you a copy. Just please read it. 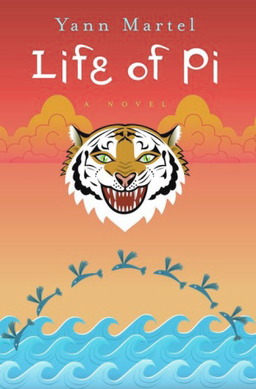 I saw the movie.

Steven King :
Shining, Es, The Stand, She (Misery), Brennen muß Salem, Cujo, the green Mile,
Richard Bachmann alias Steven King : der Todesmarsch…
I think that was more, but it’s been so long, I’m not sure anymore…
How should it be otherwise
The Hobbit and the Lord of the Rings (3 books)
And as specially

Harry Potter al books
And between the years dime novels

I think that was more,

Carrie was the first one I read and I think it was even the first one he wrote. Of Pet Semetary I saw the movie at a classmate’s birthday party. It was rated for 16+, but I was the only one who was actually 16 at the time, the rest was 14 or 15. The classmate lived in a one-flour house, so there were lots of rooms and doors. Haha, after the movie when someone had to go to the toilet one of the others had to stand guard at the toilet door, cause the house suddenly seemed so spooky!

I can understand that well…
ES
I’ve seen clowns everywhere…
How can you write like that, please ??
It’s literally insane, But positive
Edger Allen Poe… Berenice… As well…To fear😆

Have you ever tried Poppy Z Brite? Especially her older works, later she got less scary, haha.

Is noted, I will google afterwards

I Googled,
no, he doesn’t seem Known to me…
Unfortunately, no books by him seem Known to me…The books "sound!!! interesting😆 is this the right word??? Sound
Sie klingen interessant, die Bücher