Songs That Touch Your Heart And SOUL 💜

I am a musician, mostly now I just sing (Soprano), I have been in church choirs for MANY years and always dreamed of singing on Broadway. I used to play the piano, piccolo, keyboards and Flute.

Music to me is the way you can touch someone’s SOUL without even realizing it!

What music, classical or kpop, or rock or ballad, Christian Whatever! Touches Your Heart.

What music Touches your Soul Especially in These Tough Times!

These have been on my mind lately! With so much sadness in the world

I am a musician, mostly now I just sing (Soprano)

I am not a musician but sing Contralto, I had some private lessons and used to sing in a few choir projects. My teacher let me sing everything, he was a former opera singer. So I sang some Bach, but also Better Midler songs, …

I used to play the piano, piccolo, keyboards and Flute.

I played flute as a child and wanted to learn guitar, but my dad said no, so till today … I dream of playing an instrument, but I am glad that at least I can sing, and it is an instrument you can take everywhere with you.

Songs that touch my heart and soul, something like this

I am a HUGE Band GEEK. I was 1st chair and marched in the Biggest Marching Band. Like about 200 people. I even marched in Disney World. I love me some Journey

I guess when it comes to concerts of a band I have seen the most from Journey, and I got to experience all singers live except you guess right, Steve Perry. I was too small back then, and they weren’t often in Europe, if they even were … I just checked and oh, I was not an adult and my Dad didn’t let me go to concerts of that kind back then.
I heard Steve Auguri, before he had to stop because of problems with his voice. I at least saw 2 shows with Jeff Scott Soto and I think it must have been 3 shows with Arnel Pinada since then. I am glad we were using our chances back then, today I couldn’t for several reasons.

My Favorite singer is Freddie Mercury and I was too small to see him in concert before he DIED!

Prince was near me the week before he died! I loved him so much! I wish I could have seen him

Freddie died when I was 21, so nope, not either.
What I really … That I never made it on a concert of David Bowie, but back then I was already busy working and times never matched for me, and it was always the big cities and I would have had to spend a night, so it never came true. I am thankful I got to see Joe Cocker 2 times live, he was amazing.
I am thankful for 2 shows of Gotthard with singer Steve Lee, died way to early as well. I couldn’t see Tina Turner live so another regret, but I can live with it, since there was nothing I could do, when she announced her last tour. Thankfully she is still alive.
P.S. I remember sitting in front of the radio with the stereo sound and on the other side the TV in 1985 listening to Live Aid, I listen to it until I fell asleep with my hand on the radio to make a mixtape. I still have 2 tapes.

All of the Queen Songs Touch My Soul so We could post those forever!

Well, yes we probably could and for me as a Queen and Bowie fan …

In my hardest times I would tear up and cry my heart out.

Is this it! It would not let me play it above!

I love the Bonner Family if you have not listened to their songs! Check them out

I have seen them sing live before this mess

Haruka and the boys hit it way, way out of the park with “Void Act” back in 2016 - one of the most spectacular chord progression / vocal melodies I’ve ever heard in rock. That chorus! (wait for it… wait for it…) Gooseflesh material.

A translation of the lyrics to Eigo is here if you’re interested (but it appears to be one of those garbled machine translations - but my Nihongo isn’t good enough to do any better): 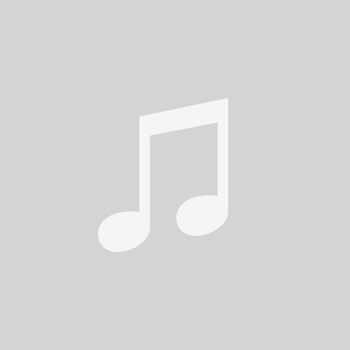 Koji Nakamura’s “redesign” of “Walk Slowly” is a groove that’s near & dear, despite my not having a clue as to what it’s about. ‘Doesn’t really kick into gear until around 1:20 but I just love this tune. The melody reminds me of the Beatles’ “Here Comes The Sun”:

The late, great RonMon’s unusually laid-back “Tonga” has a ton of memories tied up with it - not the least of which talking to the dude himself after one of his gigs in the mid-'90s. Just as smooth as butter:

Lastly, another song by a genius no longer with us, another I was fortunate enough to have met: Shawn Lane. He’s mostly known for his impossibly-fast guitar playing (he was hired as guitarist for Black Oak Arkansas at age… 14!) But he was a pianist first, and “Pluie d’Étincelles” is like “heavy metal piano.” 'Reminds me of a Rachmaninoff etude, also of the shock I felt when I got the news that he’d died:

After knowing what Wonho has gone through in his career, new fan! I love this song!

This song works right on my heart