Oh my… This is why I have so much respect for people who are multi-lingual.

English in the American South 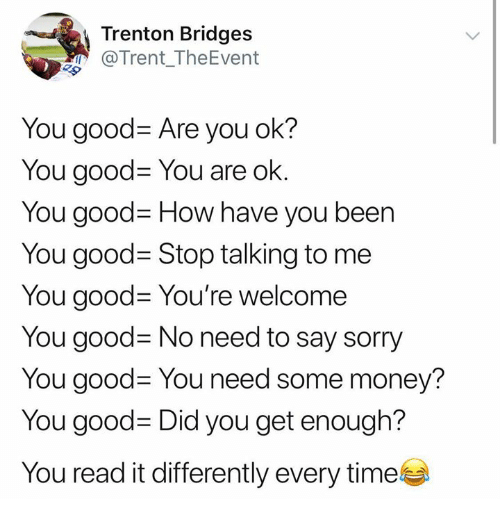 Formality in English is not indicated so much by specific words, but by the overall grammar used.

It’s not that we don’t make those distinctions of Mother’s mother vs. Father’s mother, for example, but that they aren’t necessary for everyday speech and are usually determined within families. My grandparents were always “Grandma lastname” or “grandpa lastname” until most of them were gone, and then Grandma was just Grandma. My kid had Grandmommy and Abuelo on one side, and Grandma and Grandpa on the other. My other kids just had Grandma and Grandpa because they only had one set by that point.

We’re actually having to come up with new non-gendered words in English for things like niece and nephew (Nibling seems to be the consensus), and it matters little in the course of everyday conversation whether an uncle is uncle-by-marriage or uncle-by-birth or which side of the family they’re on. The relevant people know, anyone new can get an explanation once, there’s no need to differentiate in everyday speech because there’s no status special to one over the other. It does bring up translation issues, but my whole existence brings up translation issues because I’m nonbinary, lol!

In the US, there is no general structured difference in relationship based on which side of the family someone is on. My parents were closer to my mom’s family. My eldest kid’s cousins are closer to their dad’s family. My children are very close to my family and not to the other side of their family. Half the time my cousins kids’ end up calling the cousins of my generation “aunt or uncle” if they are close even though they’re technically also cousins.