Deleting this off topic.

Can you believe I didn’t remember that either although I saw a bit of Swan?
But that drama is one of the worse to watch anyway, so I only saw the first episode.

Can you believe I forgot the title again, even though I’d started rewatching it (have to start episode 8 by now)?

Episode 1 was indeed hard to get through and overall the series is a bit messy, but I wouldn’t say it’s bad. It sure stayed in my mind, somehow, even though I didn’t remember the title and most of the content, lol.

Let’s see if I survive this one

I should hope so! We don’t want to miss you!

my goodness! y’all talking about snow, how refreshing, and cool! hehehe, well as reminder for me, its winter in your part of the world, and we have to bear with the scorching heat here in North America!!
my highlight for the day reading about those cold temps you are talking about! loved it!

and when it does turn to winter, here in North Carolina I guess it gets like in the teens sometimes, out west, they have about as bad as what you are talking about. thanks for sharing!

its winter in your part of the world

It’s not winter for me, nor for @gaby_heitmann_975, @lutra or @hersel98_948.
It’s only winter on the Southern Hemisphere right now.

But you know what weather can be like. Here in The Netherlands we’ve already been having some way too hot days, but also some rainy days and right now the temperature is not very high. Still, it’s officially summer.

In The Netherlands only 4% of the houses have A/C. It’s seen as a luxury product.
Some people do have a simple fan, but A/C is mostly for shops, companies, etc.

well as reminder for me, its winter in your part of the world

Well, no most of us do live in the Northern Hemisphere, so we do have summer now too. I can’t even remember how we did end up talking about snow. Well it somehow happened, and yes, refreshing it is.

About the video: Certain areas in Germany ppl are not allowed to install A/C? What is stopping him from buying an A/C and installing it in his apartment? The designs of the houses are mainly stone and the windows look too small. He had both fans on BUT the windows were close; How can he expect the fan to help with the heat?

Not allowed to install A/C? - don’t think so, but it could be that old buildings, as in really old, will have some regulations from conservation authorities.

What is stopping him to install? You mean not the small plug in solution? Well, maybe the landlord, because if he installs something it becomes part of the building, either he has to remove it later, so it is as it was before or the landlord might accept it, that might be a bit more complicated, as I do not know if there are other things that shouldn’t be neglected. Changes on a building aren’t always easy a lot of regulation stuff sometimes.

Big rule to live without A/C open the windows in early morning look that you get fresh air into the building then before it gets warm again close the windows, let down the shutters, so heat and sunlight can’t heat up the house again or less. Since it is a stone house it will slowly but surely heat up in 2-3 days. That is how we survive heat waves. I don’t know about other, parts of my house are really old, with walls of 60-80 cm so it is taking some time until it is warmer inside. To open the windows would be surrendering to the heat at least if most of your windows are facing south/south-west, which is the case with my house.
Other aspects:
Most heat waves are over in some days, but okay in the last years could even take some weeks, but most Germans still think an A/C is not economic. I once had one at work and when the sun hit the window, no shutters, the thing was too loud and only made 1 (!!!) °C less temperature but the air smelled stagnant, I got a headache each time, so I gave it to a colleague. Always went early to work, open the windows and before the sun came around, closing it. Putting a bowl with water under the desk with a bit of water to cool down.
Other aspects electricity is not as cheap in Germany as in the US as far as I know.
Germans can be frugal and reluctant to take some money in their hands and spend it on something you might only use for a few weeks in the year, they will rather use it for something that has a bigger use in their lives. They might think it isn’t really necessary and might only break since it isn’t used efficiently, but only some times.

Don’t know if that helps you understand better. LOL Maybe we just like to suffer …

yes it did help me understand more, and a big oops for me, the southern hemisphere, winter, my mistake.

People in Australia and New-Zealand never have a white Christmas. I once got a Christmas card from an Australian friend and it had a picture of some sunny, rocky landscape on it that I wouldn’t normally associate with Christmas at all, hahaha.

I never thought Germany was that beautiful bc in the movie I’ve seen from Germany: the areas are dark, rainy and ‘‘lonely’’

Which movie was that?

I don’t think I saw it. The only movie that comes to mind on that topic was Swedish, though partly set in the Baltic States and the characters spoke mostly in Russian.

Maybe you can find the German one somewhere here:

The Swedish movie (made by a Swedish director, but the main actress was Russian) is Lilya 4-Ever:

It does start with a German song.
It’s based on a true story. The real “Lilya” was Danguolė Rasalaitė, a 16-year old Lithuanian girl who met a man who took her to Sweden under false promises.
Most of the movie was shot in Estonia.

The saddest movie I’ve seen. I hope that girl’s mother pay for what she did. I saw the whole movie here bc when I went directly to YT it was ‘‘unavailable’’ but got to see it all here thanks to your link. The fact that is a true story hurts me more than anything in this world.

The one I saw was more modern from around 2014/16? The movie from beginning to end was always dark/like it was evening and there was no daylight. Went through my notebook, but didn’t find any clue bc I only make notes from movies/dramas I like to recommend to others. If they are too violent, sad, tragic, I usually don’t like to recommend those to anyone so I don’t keep records of them.

I learned something today, and going to leave it to you is it right??

fin ka shi fu,
now how to pronounce it!!

I toast you with all fathers…
Especially on that, The one in the heart
They are with us

Happy Birthday to your Dad. May he be blessed with many, many years in perfect health, and may all he wish in life, comes true. Enjoy! 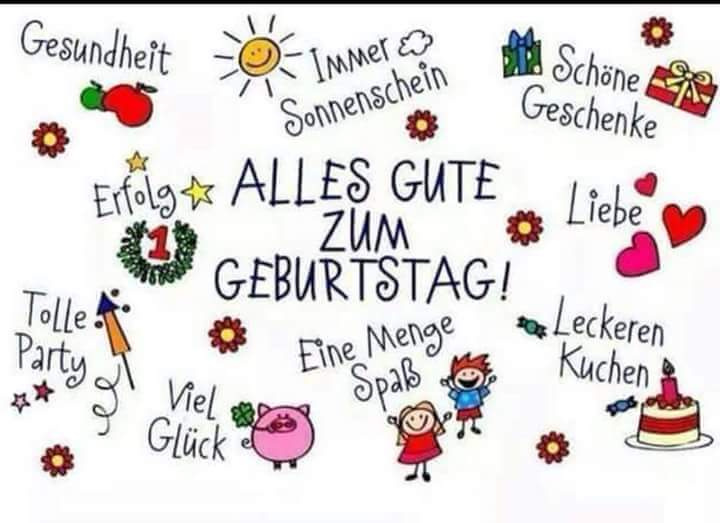 Thank You both so much

The old generation is celebrating, And the younger one is at home again

You can’t keep up with that

Yesterday, finally made it to my favorite baker at the market and got 4 muffins with gooseberries, yummy.
My Mom and I later played a short round of Indiaca, beginners level, so it dropped a few times, and we had to take it from the ground more than once, but we had fun and something to laugh.
Another highlight, weather forecast said it a thunderstorm may come in the evening maybe heavy rain too, nothing … At night thunderstorm warning, heavy rain, gutsy wind, hail … Well, thankfully it was a peaceful night nothing happened at all.

Wish you all a peaceful Sunday!

yeaaa, another Sunday! and really enjoying this weather, really nice and cool at the moment, but tomorrow, here in NC we may be weathering that hurricane out there in the water! so I am going to enjoy this while I can, storms a brewing but I know the storm breaker!