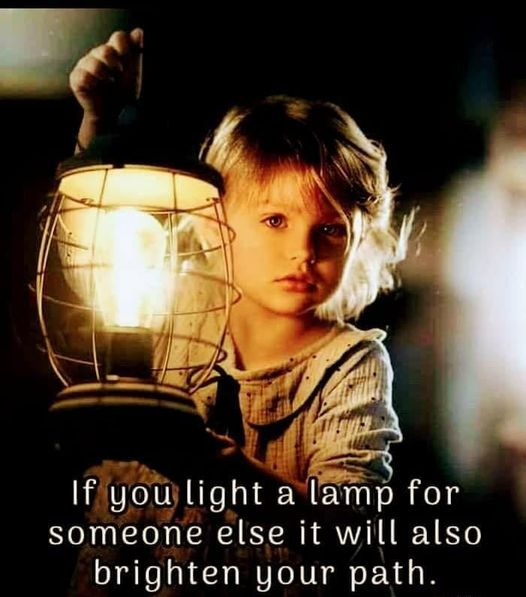 @vikicommunity,
When I clicked this bookmark, I landed wayyyy up top.
I had to scroll to get to the end, there was no “jump to”

this is an old one, but pay it forward…
WHAT GOES AROUND COMES AROUND

One day a man saw an old lady, stranded on the side of the road but, even in the dim light of day, he could see she needed help. So he pulled up in front of her Mercedes and got out. His Pontiac was still sputtering when he approached her. Even with the smile on his face, she looked worried.

No one had stopped to help for the last hour or so. Was he going to hurt her? He didn’t look safe; he looked poor and hungry. He could see that she was frightened, standing out there in the cold. He knew how she felt. It was that chill which only fear can put in you. He said, 'I’m here to help you, ma’am. Why don’t you wait in the car where it’s warm?

By the way, my name is Bryan Anderson.’ Well, all she had was a flat tire but, for an old lady, that was bad enough.

Bryan crawled under the car looking for a place to put the jack, skinning his knuckles a time or two… Soon he was able to change the tire. But he had to get dirty and his hands hurt. As he was tightening up the lug nuts, she rolled down the window and began to talk to him. She told him that she was from St. Louis and was only just passing through. She couldn’t thank him enough for coming to her aid.

Bryan just smiled as he closed her trunk. The lady asked how much she owed him. Any amount would have been all right with her. She already imagined all the awful things that could have happened had he not stopped. Bryan never thought twice about being paid. This was not a job to him. This was helping someone in need and, God knows, there were plenty, who had given him a hand in the past. He had lived his whole life that way, and it never occurred to him to act any other way.

He told her that if she really wanted to pay him back, the next time she saw someone who needed help, she could give that person the assistance they needed and, Bryan added, ‘And think of me.’ He waited until she started her car and drove off. It had been a cold and depressing day but he felt good as he headed for home, disappearing into the twilight.

A few miles down the road, the lady saw a small cafe. She went in to get a bite to eat and take the chill off before she made the last leg of her trip home. It was a dingy looking restaurant. Outside were two old gas pumps. The whole \scene was unfamiliar to her.

The waitress came over and brought a clean towel to wipe her wet hair. She had a sweet smile, one that, even being on her feet for the whole day, couldn’t erase. The lady noticed the waitress was nearly eight months pregnant, but she never let the strain and aches change her attitude. The old lady wondered how someone who had so little could be so giving to a stranger. Then she remembered Bryan. After the lady finished her meal, she paid with a hundred dollar bill. The waitress quickly went to get change for her hundred dollar bill but the old lady had slipped right out the door. She was gone by the time the waitress came back.

The waitress wondered where the lady could be. Then she noticed something was written on the napkin. There were tears in her eyes when she read what the lady wrote: ‘You don’t owe me anything. I have been there too. Somebody once helped me out, the way I’m helping you. If you really want to pay me back, here is what you do: Do not let this chain of love end with you.’

Under the napkin were four more $100 bills. Well, there were tables to clear, sugar bowls to fill, and people to serve, but the waitress made it through another day. That night when she got home from work and climbed into bed, she was thinking about the money and what the lady had written. How could the lady have known how much she and her husband needed it? With the baby due next month, it was going to be hard… She knew how worried her husband was, and as he lay sleeping next to her, she gave him a soft kiss and whispered soft and low, ‘Everything’s going to be all right. I love you, Bryan Anderson.’

There is an old saying… ‘What goes around comes around.’ Today I send you this story, and I’m asking you to pass it on. Let this light shine. God works in mysterious ways and sometimes puts people in our lives for a reason.

Don’t delete this. Don’t return it…

Simply, pass this on to friends, I just did… 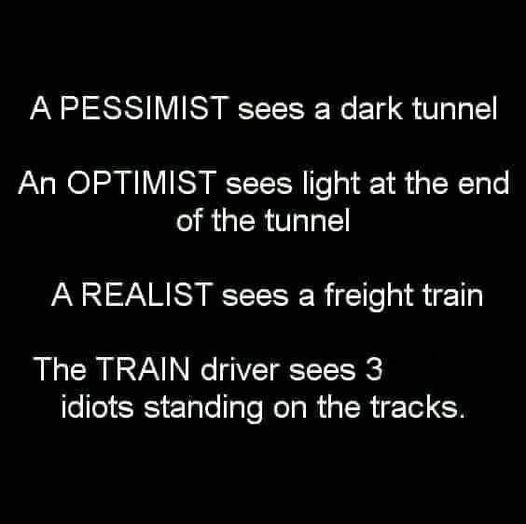 The train driver is peering at them from a distance, thinking, you’re about to get squashed! Get outta there!

Leaving the Store, I couldn’t find my Keys. They weren’t in my pockets. Suddenly I realized I must have left them in the car. Frantically, I headed for the parking lot. My husband has scolded me many times for leaving my keys in the car’s ignition. He’s afraid that the car could be stolen.

As I looked around the parking lot, I realized he was right. The parking lot was empty. I immediately called the police. I gav…e them my location, confessed that I had left my keys in the car, and that it had been stolen.

Then, I made the most difficult call of all to my husband: “I left my keys in the car and it’s been stolen.”
There was a moment of silence. I thought the call had been disconnected, but then I heard his voice. “Are you kidding me?” he barked, “I dropped you off!”

Now it was my turn to be silent. Embarrassed, I said, “Well, come and get me.”
He retorted, “I will; just as soon as I convince this cop that I didn’t steal your car!”
Welcome to the golden years…

oh my goodness! and I thought I was forgetful! yes so funny!! 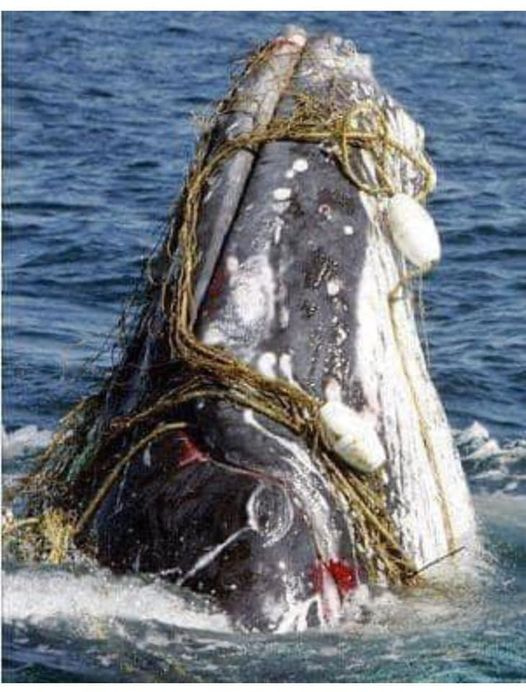 A female humpback whale had become entangled in a spider web of crab traps and lines. She was weighted down by hundreds of pounds of traps that caused her to struggle to stay afloat. She also had hundreds of yards of line rope wrapped around her body, her tail, her torso, a line tugging in her mouth.

This is her story of giving gratitude.

A fisherman spotted her just east of the Faralon Islands (outside the Golden Gate) and radioed for help. Within a few hours, the rescue team arrived and determined that she was so badly off, the only way to save her was to dive in and untangle her…. a very dangerous proposition.

One slap of the tail could kill a rescuer.

They worked for hours with curved knives and eventually freed her.

When she was free, the divers say she swam in what seemed like joyous circles. She then came back to each and every diver, one at a time, nudged them, and pushed gently, thanking them. Some said it was the most incredibly beautiful experience of their lives.

The guy who cut the rope out of her mouth says her eye was following him the whole time, and he will never be the same.

May you be so fortunate …

To be surrounded by people who will help you get untangled from the things that are binding you.

And, may you always know the joy of giving and receiving gratitude.

heres something to think about 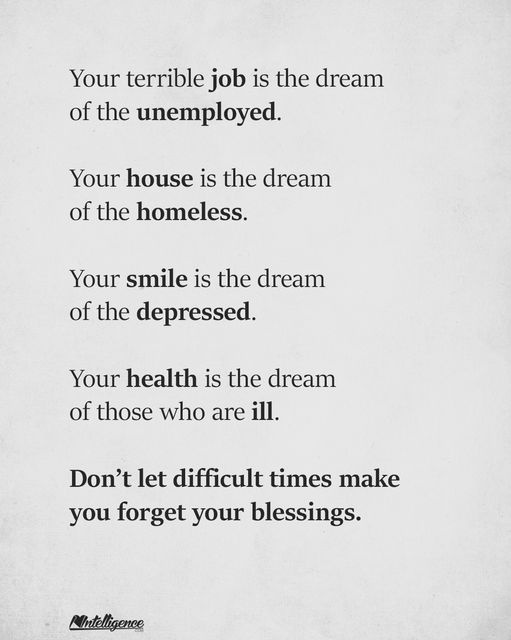 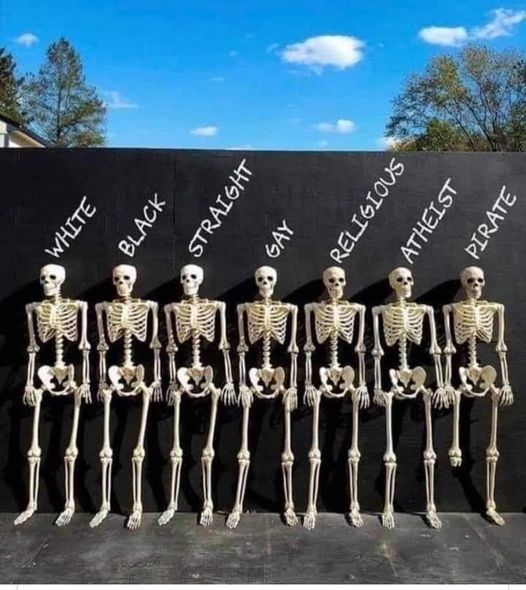 all the same well except the pirate

Hatred is so over rated.
We eat the same ingredients in foods we prepare.
The same color of blood runs in our veins.
We all breathe air for oxygen.
We all drink water.

The small wonders of nature that leaves us in awe

I was so fortunate last year to witness such event as the mutating stages of a butterfly. I bought a parsley in May and 4 caterpillars started eating it and obviously getting fat. I had to buy more parsley. They kept on leaving the parsley and I put them back on, little did I know then until I researched about them… they leave the plant out of safety and cocoon somewhere unnoticed.

I put them in a box with a piece of wood and 2 of them finally hung on it and spent about 2 weeks until they “hatched”. The 3rd caterpillar walked somewhere I couldn’t find him and the last one was weak from the beginning and died before growing big.

After “hatching” the butterfly just walked around with wings still not quite open, it takes time and later it has to shoot liquid in the veins of his wings so they would stretch out and hold.

Finally these two flew high up and away… I missed them; and then their cycle starts again…
I had beautiful yellow swallowtail. I have pics on my cell phone and won’t download them here but here a pic from internet: 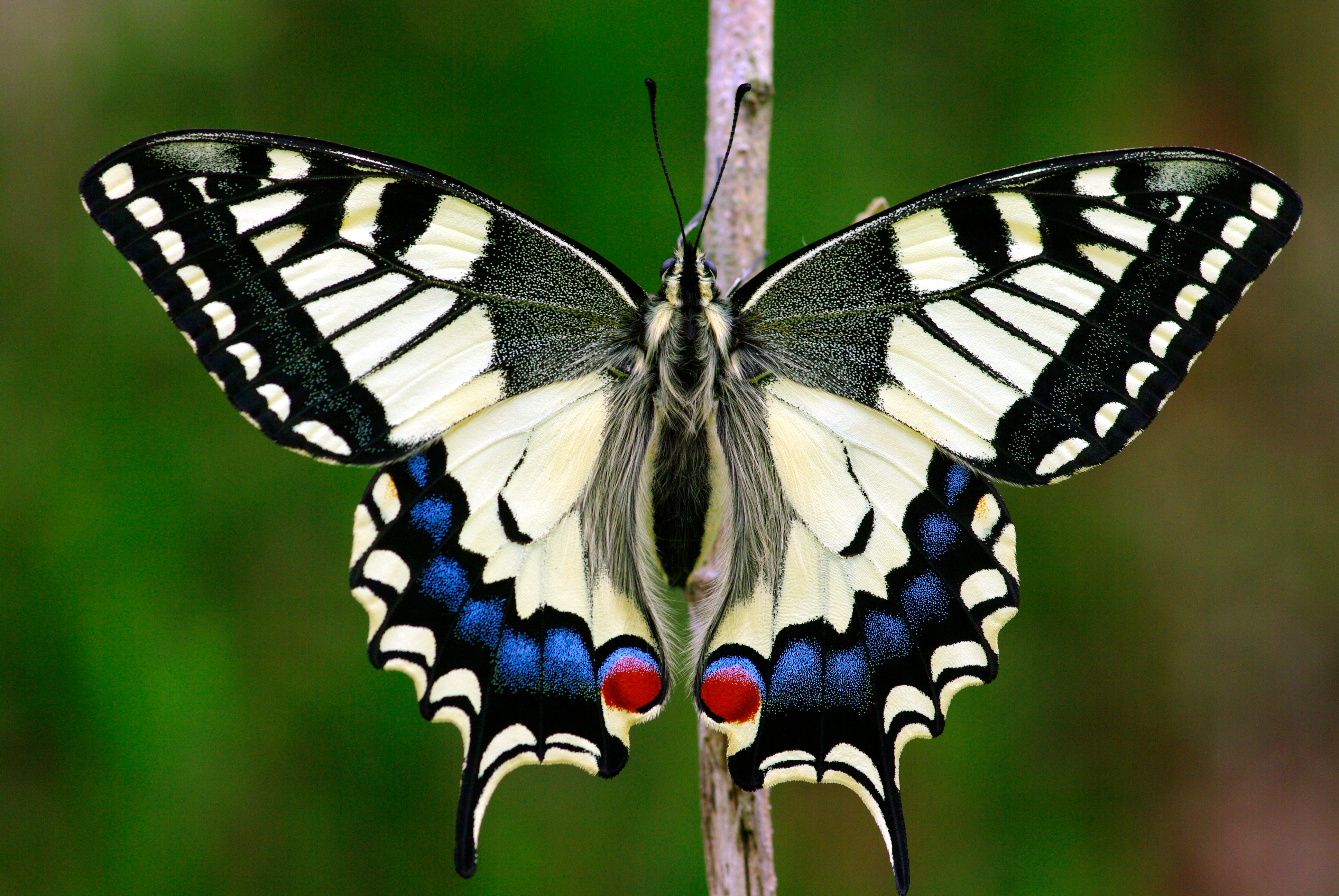 thats really amazing to watch too

Order your best-selling live butterfly kit and experience the butterfly life cycle up close. Watch your very own baby caterpillars grow into butterflies! Once you have raised your butterflies, release them and do it all over again.

egads, I didn’t see the price till now, Think I will just find a couple of butterflies and do what you did! cheaper!! and it is real;ly awesome to see them transform, I meant caterpillers

Think I will just find a couple of butterflies and do what you did!

Mary, it is possible that a butterfly laid his eggs on the parsley when I bought it or after I placed the parsley on my balcony… It is hard to keep them in one place if you don’t have a proper container or alike. I saw it and that’s it. It happened by chance. Checkout some videos on YT that’s nice too 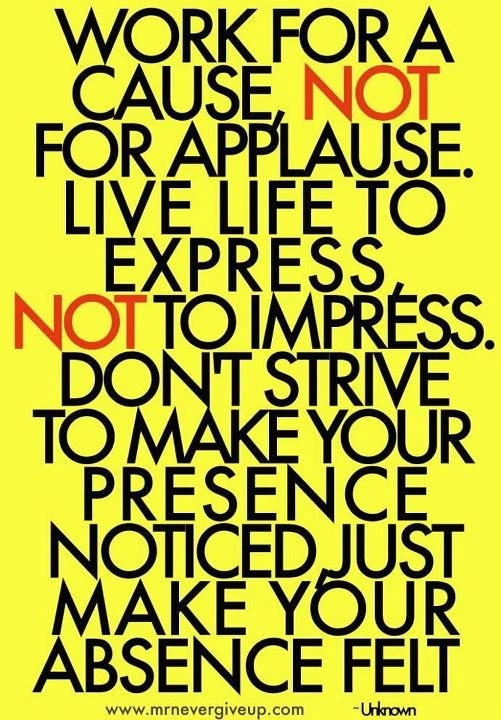 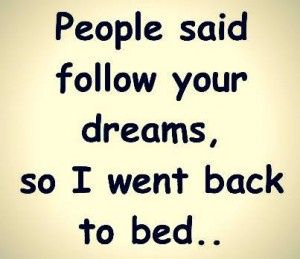