Oh W-Two Worlds will be having a US remake!

I LOVE “W” Two worlds I don’t think anyone can do it like my Lee Jong Suk and Han Hyo-Joo, but I hope it does well.

W-Two Worlds will be having a US remake!

Why exactly would they?

Exactly! Let’s wait, and see if they’ll do it justice in all it’s parts:
Romance
Crimes
Duplicity of character roles
And!
The colliding of both Ws

@leerla73 the US producers wanted to try something else. Also I’ve read that Kakao Entertainment is expanding their webtoon biz in the US. Maybe this is just “testing the waters” for interest.

It wouldn’t be the first an American production ruins, let’s hope for the best.

Well [AIR STRIKE] with such great actor [Bruce Willis] was ruined bc the South Korean actors/actress were terrible. They even made Bruce Willis ‘‘slap’’ the korean actor, and I could sense Bruce Willis was uncomfortable with that scene. He couldn’t get into the role as hard as he tried. It was a disaster, and I don’t know why he accepted to participate in that movie. I tried twice to finish it and I couldn’t stomach such a flop.

Figures! I have not watched it, and that slapping thing in the workplace, is more

very anti- Bruce who saves those moves for his action thrillers 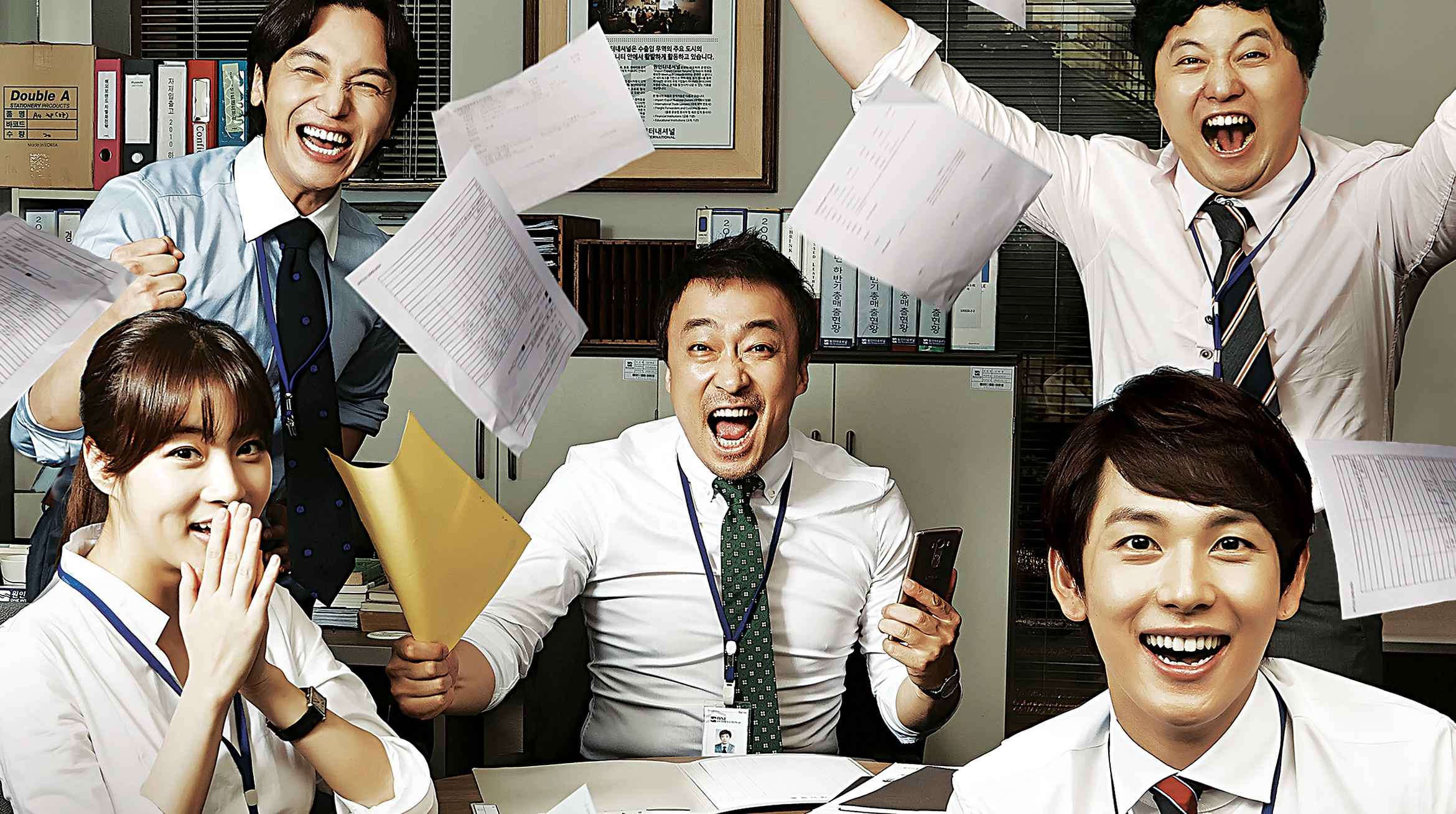 Many of us had dreams when we were younger about the the life we want to lead when we grow up. For Jang Geu Rae (Im Siwan), it was to become a professional baduk player (a game that involves chess-like strategies and skills). But when his life took...

Yes, that’s why he was obviously uncomfortable with that scene; to hit a nice guy just bc he miss a 10 mile speed was so ridiculous. He likes kicking a*s to terrorist and bad people, but the way the SK actor was looking at him in such a pitiful puppy eye look, breaks ppl’s heart, and makes Bruce Willis, look like a bully. If you know this actor for years, you know that scene was not something he was proud of doing.

PS. I was trying to find the article where Bruce Willis during an action scene kicked the stunt guy very hard, and he was in tears apologizing to him. He couldn’t get over that and throughout the filming was very apologetic and careful, bc he didn’t want that to happen again to him. He said he felt the pain in his heart.

Why exactly would they?

Because they make an adaptation/remake out of every good film instead of simply dubbing it first class.
Sometimes the remakes are better, but unfortunately often they are not.

Spaufer
Sometimes the remakes are better, but unfortunately often they are not.

Agree, and this happens in every country that decides to remake a drama or movie, not just U.S.A. Like for example; I LOVED [GO Princess GO] the Chinese version of [MR. QUEEN] and I stopped watching Mr. Queen bc I didn’t like the remake work they did on that one. I loved; [SHE WAS PRETTY] k-drama, but I HATED the chinese version [PRETTY LI HUI ZHEN] I loved the Taiwanese version of [YOU ARE MY DESTINY] and I HATED and couldn’t watch every other version they made in K-drama, Chinese and Japanese.

They should make a LAW that no one can do a remake of any drama or movie. The worst part of a [W] ‘’(U.S.A.)’’ remake, that the culture is so different (from here to the moon) that they would definitely add scenes in there that would be offending to the Koreans, and it’s such a waste of time and money, bc if they do it TOTALLY Korean style the [American ppl.] will criticize it a lot, and definitely won’t watch it either. I know I won’t watch the remake if they ever do one bc I learned no remake is worth my time. If I saw it, I loved it and that’s the number one for me forever and ever.

As I wrote earlier, films and series are more likely to be subtitled for a lot of money in our country than to be remade.
I only know about the Norwegian series “Skam” and the Italian film “Perfetti Sconosciuti” lately.
There are sure some more, but these are rather exceptions.

You emphasized they were subtitled; so it’s my understanding they didn’t remake the Norwegian and Italian film? They just added subtitles in your language, right?

I was basing my answer about when you wrote: ‘‘Sometimes the remakes are better, but unfortunately often they are not.’’

No, these are two examples of the more rare remakes. Otherwise, we have lots of American films and series, but also French, Scandinavian, English, Australian… all dubbed.

Until now the only remake I could watch was Lake House with Keanu Reeves and Sandra Bullock. Probably because I was watching the Korean version Il Mare years later and that way found out that Lake House was actually a remake.

The Good Doctor is also a remake.

I was about to ask you when I found the info about it, but I never saw the Korean or US version.
excerpt from TV Guide
The biggest and somewhat surprising new hit show of the fall is [ The Good Doctor ], which is now the most-watched drama of the season. But it didn’t exactly come out of nowhere. The series, which follows a young surgeon with autism and savant syndrome, is based on the Korean show of the same name (sans the “The”), which premiered in 2013. Daniel Dae Kim had been trying to adapt it for U.S. viewers since 2014 before it finally arrived in September to ABC with Freddie Highmore as the titular doc.

The Korean Good Doctor was a huge, award-winning smash during its run, which lasted only 20 episodes. Through our more-is-better American lens, that doesn’t sound like a lot, but the most popular and successful subsects of K-dramas are short, close-ended runs of 10 to 24 episodes that air twice a week, as Good Doctor did.

@spaufler_89 yeah because the setting is universal ~ they can always explore new things/topics in the medical field.

Is it just me that Korean Actors have the BEST facial reactions and nuances. That’s why it’s hard to watch remakes from SK dramas/movies