Is there a specifically Chinese term for period dramas or historical dramas that are NOT martial arts-y?

I love wuxia, but I also LOVE the more sedate saeguk style of C-drama. Such pretty clothes. Such pretty bling. Wow, if I had any type of metal jewelry from “back in the day” . . .

Obvs I’d have to be a billionaire or kazillionaire and keep everything in a climate-controlled vault. That would be a bit of a challenge in my 1907 American Foursquare home. But in 1907 in the United States, there were a lot of factors that made “Oriental” style everything a feature of a lot of household items for people of all income levels.

Really well-to-do people did buy Chinese as well as and Korean and Japanese vases, jade rings and bracelets.

The so-called “robber barons” who built modern American industry (including Kodak founder George Eastman, auto-maker Henry Ford, architect Frank Lloyd Wright, and railroad tycoon Cornelius Vanderbilt) were a mixed bag when it came to how they obtained the items that decorated their homes, their wives and children, and their own persons.

Some of them dealt honestly and paid fairly for what they bought. Some got items which were frankly stolen from ancient temples and tombs. You know, Harrison Ford and Raiders of the Lost Ark sort of shenanigans.

Although Harrison Ford’s character WAS a good guy chasing Nazis, and THEIR treatment of China and Chinese treasures was abominable.

But in real life, the late 1800s and early 1900s was quite the iffy period for some Chinese antiquities.

Down at the level of average people, my mother’s family lived on a farm that her ancestors purchased from the Cherokee in the 1840s. It was always a struggle to keep things going (farmers are always waiting for rain or praying for it to stop), but up until my grandfather’s death, the family home (now sadly just an overgrown shell for many sad reasons) had lamps and chandeliers and bedsteads and wallpaper very much influenced over several genrations by Oriental/Asian/Eastern art, fabric design, wallpaper design, furniture design.

One reason I wish I could go back in time is to have another chance to sit on the porch and drink a cold (and I mean sub-zero cold) glass of iced tea from spring water pumped to the house from the freshest spring you could ever imagine. And look at the simple but beautiful things that shaped who I am.

The next best thing at the moment . . . historical dramas (whatever they may be called) and a good “cuppa.” And apple pie with vanilla icecream and cheddar cheese on top. (That was one of the many things my mother’s mother–my Nana–could make very, very well.)

I am fascinated by “robber barons.”

There are three categories of historical cdramas(I copied this from an article about historical Chinese novels, but the rules are the same):
Wuxia (武俠 wǔxiá) – literally means “Martial Heroes”. Fictional stories about regular humans who can achieve supernatural fighting ability through Chinese martial arts training and internal energy cultivation. Themes of chivalry, tragedy, revenge & romance are common.

So I think you’re talking about Xuanhuan dramas

Really well-to-do people did buy Chinese as well as and Korean and Japanese vases, jade rings and bracelets

lol… I am nowhere NEAR well to do…

but I do have a beautiful celadon vase from Korea - it has a swarm of small fish swirling the vase. - and two antique Japanese dolls and 4 vases. No jewelry though.

I’d have liked one of those jade hair sticks to put up my hair put I’d be afraid it would come loose and slide out and either break when it hit the floor or be lost somewhere. I lost a gorgeous silver and turquoise hair stick because it fell out when I was out in public. Someone adopted it. I never found it.

But silver isn’t my metal anyway. Gold stays on me.

But my hair got too long and heavy to use a stick though so it stayed in a braid. Well the stick was too short to hold my hair. lol

Sounds as if Ice Fantasy with Feng Shaofeng is an example of modern xiānxiá. Love it! Riveted by it! On my forever fave list.

The Starry Night, TheStarry Sea (both versions) probably fits in that category as well, but oh, dear.

Feng Shaofeng (I keep thinking of him as Feng Shui Feng) in Victorian attire and long Victorian hair . . . very cool, elegant, dignified. But once his REAL merman nature is revealed . . . How is anyone supposed to seriously believe that a tall, rather slender Chinese actor is buff enough to portray a powerful sea god?

And his co-star Bea Hayden. Wow. Overact much?

His talent agency did not serve him well by getting him a gig in the TV version of a Victorian-themed manga. 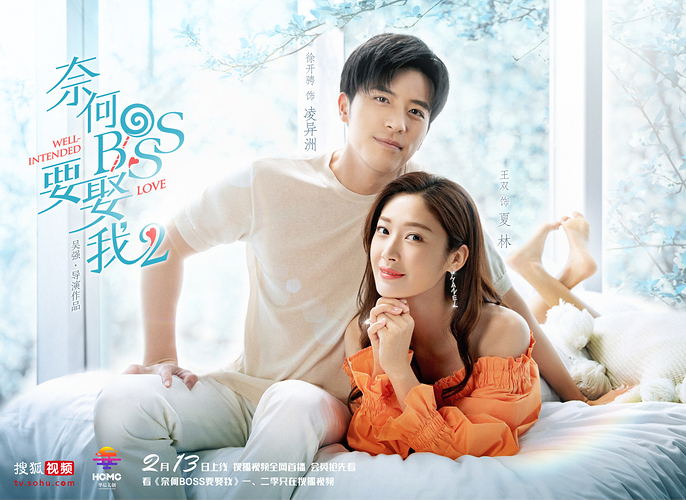 Watch Party TOMORROW 2pm
Oh I love it 2pm
2pm their my favorite
I didn’t even realize! hahahahaha

Good thing you reminded me! I forget what day it is sometimes since I retired - no need to remember it’s Monday again!

@kdrama2020ali Which one of us is running it today? You or me?

(I’m trying to finish my segging job in time to start.)

I can do it

Good! Thank you! I’ll pop in but may not talk until I’m finished. Ok? I am working on Go into your Heart right now. About 1/2 way done. I should be finished by 2 PM your time.

Wow, that is the most toned-down I have ever seen him. Can I call it . . . super natural? But I bet his nails are still long and perfect.

But nanny nanny boo boo, I don’t have to do a thing to have my gorgeous silver fox hair. It is ALL mine, ALL the time!

Finishing our show on Sunday, 26th @ 1pm - we have 4 eps left.
Next we will be watching a movie to move along our WATCH PartyNESS.

Right at the end of the GIF loop, you can see his thumbnail, and yes it long and perfect.

Finishing our show on Sunday, 26th @ 1pm - we have 4 eps left.
Next we will be watching a movie to move along our WATCH PartyNESS.

I see it now! yes! It wasn’t there WAY earlier! hahahahah 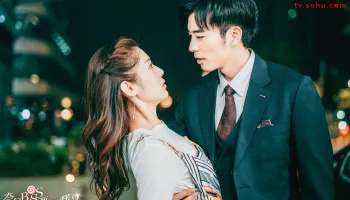 See you tomorrow at 1 pm for the last little bit of Well Intended Love!