I guess I won’t know before the end.

P.S. This annoying thingy is back at discussions and edits whatever it wants, with no rhyme and no reason.

my roommate is a gumiho

I need guidance. How do you get the arrow in the corner that’s inside the box; that once you click the arrow takes you back to the original post?

You mean this? The quote function?
Before you open a comment you can already mark a question/sentence, whatever you want to make a remark. After marking it, a gray field “Quote” will appear, and you only need to click on it and a new comment box will open, and the quote is already there.
At the moment, it can happen that the unscrupulous “editor” will take it back, so you must watch out for automatic deletion.
In that case you just need to edit your post again, by placing your cursor where you want to have the quote and then mark the text in the comment you want, then click on the gray quote field, and it is back again. This works the same for any other quote you want to add.
Hope this is what you were looking for, the arrows in the quote are implemented, so no extra work for you.

Hope I can do it. Thanks a lot!

Trying Still…Keeps disappearing once is done.

much more than I usually do Taiwanese dramas.

I know right?!! I thought all TW dramas were like that and the next few ones I saw all disappointed me. Lost Romance is such GOLD!

I know right?!! I thought all TW dramas were like that and the next few ones I saw all disappointed me. Lost Romance is such GOLD!

I know it’s really petty but I usually get a little annoyed by the sound quality in the Taiwanese shows. Often there’s a ton of background noise and such; this one had high production values and great writing in addition to gorgeous actors everywhere.

I’ve watched a few others that were OK, but nothing as original as Lost Romance. Bromance is probably my runner up t-drama.

Re- watching this, and I just realized that K drama back in the days was Gold, but now if it wasn’t for DOOM I would think the glorious days of k-drama are over. Check it out ppl! 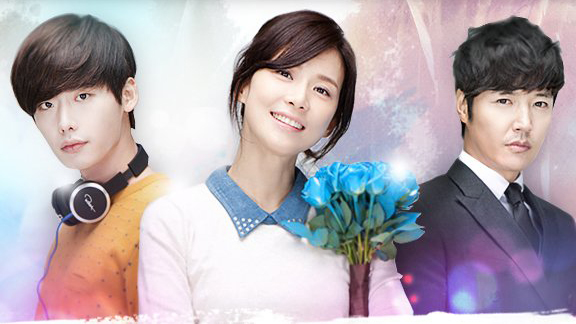 I Hear Your Voice | Rakuten Viki

An action-packed drama of the events that occur when materialistic government tax lawyer Jung Hye-sung meets Park Suha, who has the ability to read people's thoughts.

PS> I honestly feel I didn’t watch many parts: Mental fog? Skipping disease I have? lol. I feel I’m watching it for the first time

This needs mention here: this drama was done back in 2013, and in 2015 [Kill me/heal me] drama with Ji Sung, (LBY husband) had multiple personality, a female personality included. If you see LBY (Ji Sung’s wife); she looks exactly like the female character personality JI Sung played. The same facial movements. hand mannerism, and even her voice!

if it wasn’t for DOOM

I checked [NEVERTHELESS] not for me lol. Tried watching [BEYOND EVIL] no like it either.

[ABDUCTION] Movie. With this cutey pie. AWESOME. If u can go check it out. 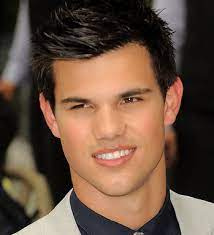 Have you looked at My Little Happiness?

Not yet. I will let you know.

Oh it’s so SWEET! It is Chinese though! Not kdrama

Love is Sweet is also good but not on VIKI

ONe look at him and I start running

I hated Jacob in the movies

Like @kdrama2020ali said, “My Little Happiness” is a pretty good c-drama! So is “The IMperial Coroner”. In KdramaLand… haven’t found anything good from 2021 yet

Though I know Taxi Driver was good and Voice 4 and Hospital Playlist 2 probably will be amazing.

TEAM EDWARD - Me Too

Yes, I liked it too. Strong FL although she puts up with a lot of BS from some of the male superiors in the office in the first episodes.

Completed it and had to read another ones review to see if it is only me. Okay, what I didn’t know that it was already pre-produced 2-3 years ago, well okay, that is not my biggest problem.
There is another thing about it - it might also differ on how many dramas you already have watched, if you are a beginner, then you might not have the trouble I had while watching.
So into detail, if you ever watched Rooftop Prince you might know why I had a problem with the 2nd lead, he was just too flat in character, he seemed plain stupidly hanging on his jealousy not only related to the ML. The biggest flow in the show for me was that somehow the main couple wasn’t getting enough time on screen. There wasn’t only the 2nd “Meh couple”, who was together why because of love, didn’t seem so, because of the will to be a power couple didn’t seem like it either … Then we had a 3rd couple her friend and later a 4th couple from the production team. There was too much love, and yet I felt it still lacked love. Anyway the good thing was I can’t quarrel about the main lead actors they did a good job, but if you ask me which drama had more drive I think I would rather go for The Brightest Star in the Sky, C-Drama, it is not the same story but had a better pace, if I don’t mix it up. The C-Drama is not the original this K-Drama used a C-Movie to make up this story, so it’s only a recommendation I would choose instead of the K-Drama.

Now I don’t know hahaha, I guess that I’m going to end up watching it at some point but I didn’t like The Brightest Star in the Sky. I didn’t watch the movie as well.

Me neither, I somehow ended up watching it, as I was looking for somewhat fun, but well it had some funny moments. In the end it is a rom-com, as you may have watched a few similar ones with a top-star topic, like Full House, Full House II, … The pattern feels almost the same for me, I don’t know how others feel about it.