Glad you are enjoying it. I fell for Deng Lun while watching this drama. He is just so adorable!!!

This is good one. Violent and based on a real life story. Rental only. 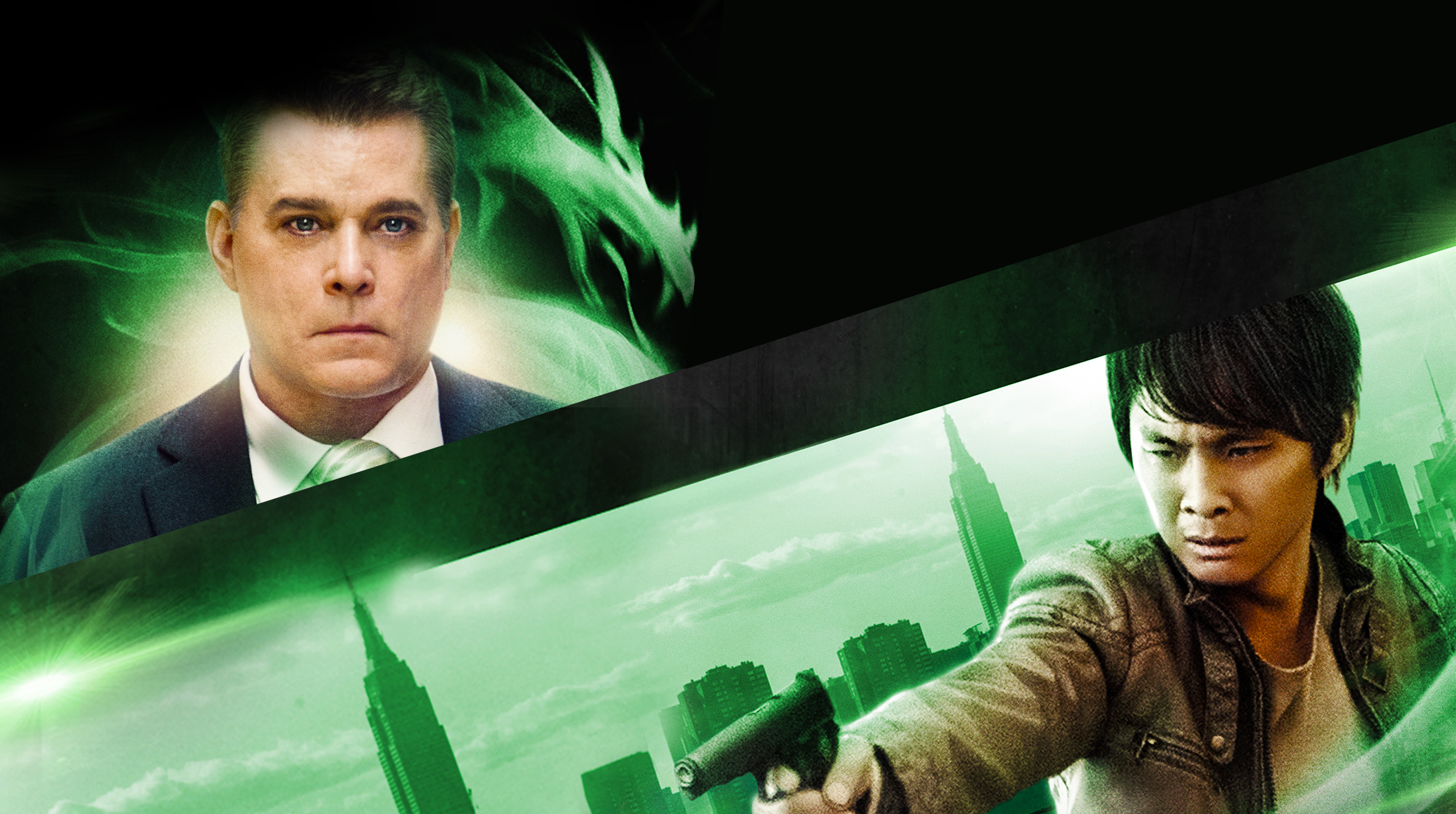 In Flushing, Queens, New York, in 1983 Sonny (Justin Chon) and Steven (Kevin Wu) are childhood best friends. But their boyhood days are torn asunder when a violent human-trafficking mob named the Green Dragons forcibly recruit them to their number....

HE HAS AN AURA, A PRESENCE. He lights up the screen every time he comes in

He bewitched me in two hours imagine that

I have to agree. I fell for him before they left the floral realm. That scene just when he transformed nearly killed me. Jin mi grows and changes all through this so much. Such a huge transformation. It is really wonderful to watch and that actress is also wonderful in Go Go Squid. Which is a good one to watch as a follow-up to recover.

I usually don’t watch dramas with the same main actors back to back… it’s like I fall in love with the character and want to enjoy him/her as the character is.
Sometimes I go overboard loving a character… that’s why I just can’t get myself to watch any other Song Joong Ki drama— I fell totally, completely in love with Yoo Si Jin from DOTS and can’t get over him!

She is a totally different person in each of the shows. I get what you mean, it was hard to watch Wallace Chung in The General and I after The Sword and the Brocade. I liked Seven’s character much better. Haven’t finished G&I yet. But, I think you will need some Go Go Squid after Ashes of Love. Go Go Squid is a very sweet love story. The flashbacks bother some people, but they are necessary to understand why the male lead is the way he is and the character development is awesome. Li Xian won a lot of awards for his performance, and deservedly so. He was awesome!

I don’t remember seeing this one, Revenge of the Green Dragon

Revenge of the Green Dragon It’s rental only, and by the trailer I can see it’s an awesome movie, but of course very violent.
$2.99 is a good price.

I recommend this 2 but they are for older ppl. and younger crowd will hate me for the suggestion lol. THEY ARE BOTH REALLY GOoD STORY PLOT> Check them out! 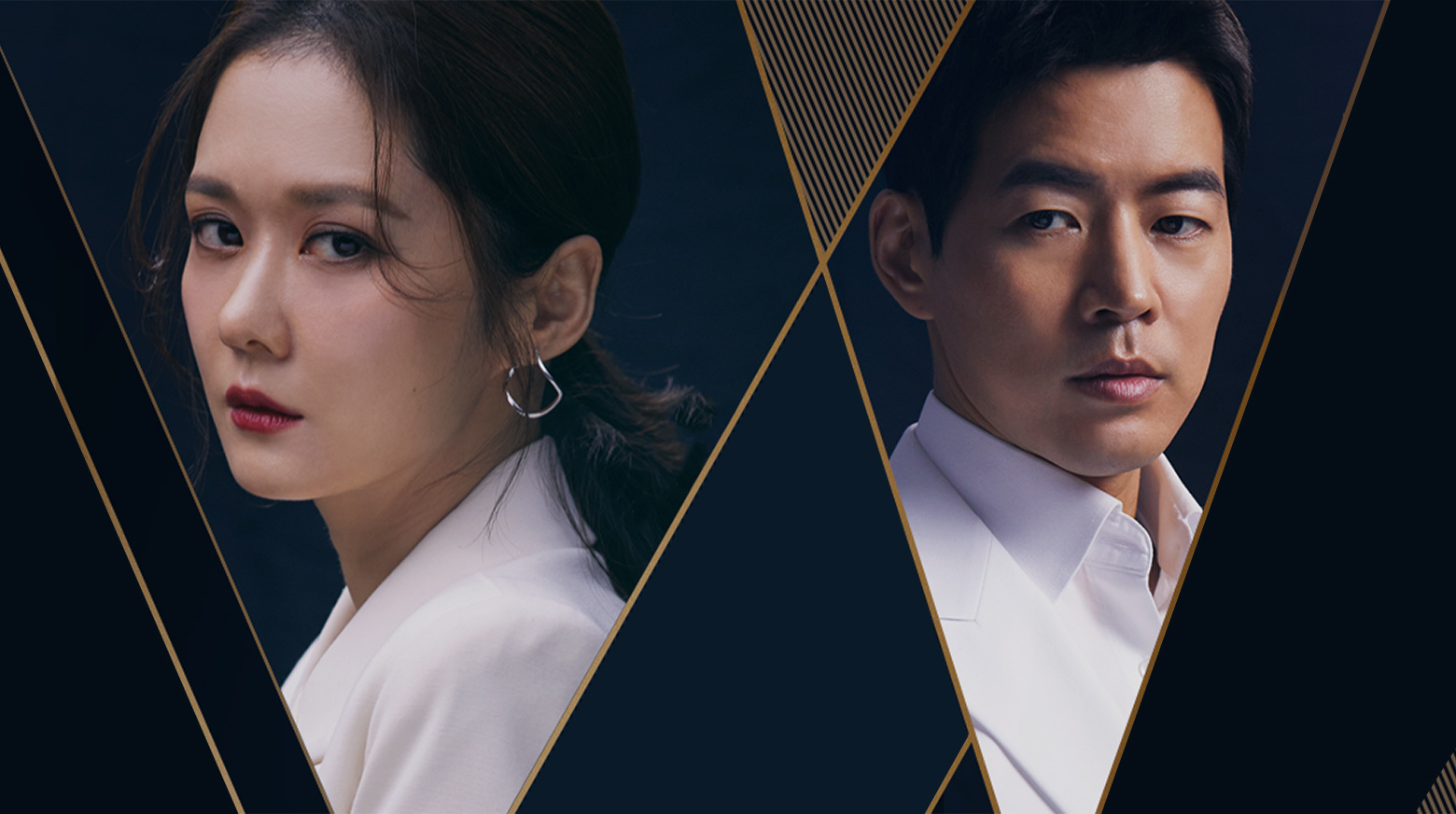 Jung Sun is the deputy head of the VIP team in Sungun Department Store. She seems to be having a happy life as she's recognized for her competency at work and is always on good terms with her husband Sung Jun, the head of the VIP team. But on the...

Ji Eun Su (Lee Yoo Ri) is a woman who appears to have it all. Married into a super-rich family, she assumes that the rest of her life will be an easy ride. But when her husband is murdered, she is sent to prison – with a court finding her guilty of...

I can watch Minari with no problems. 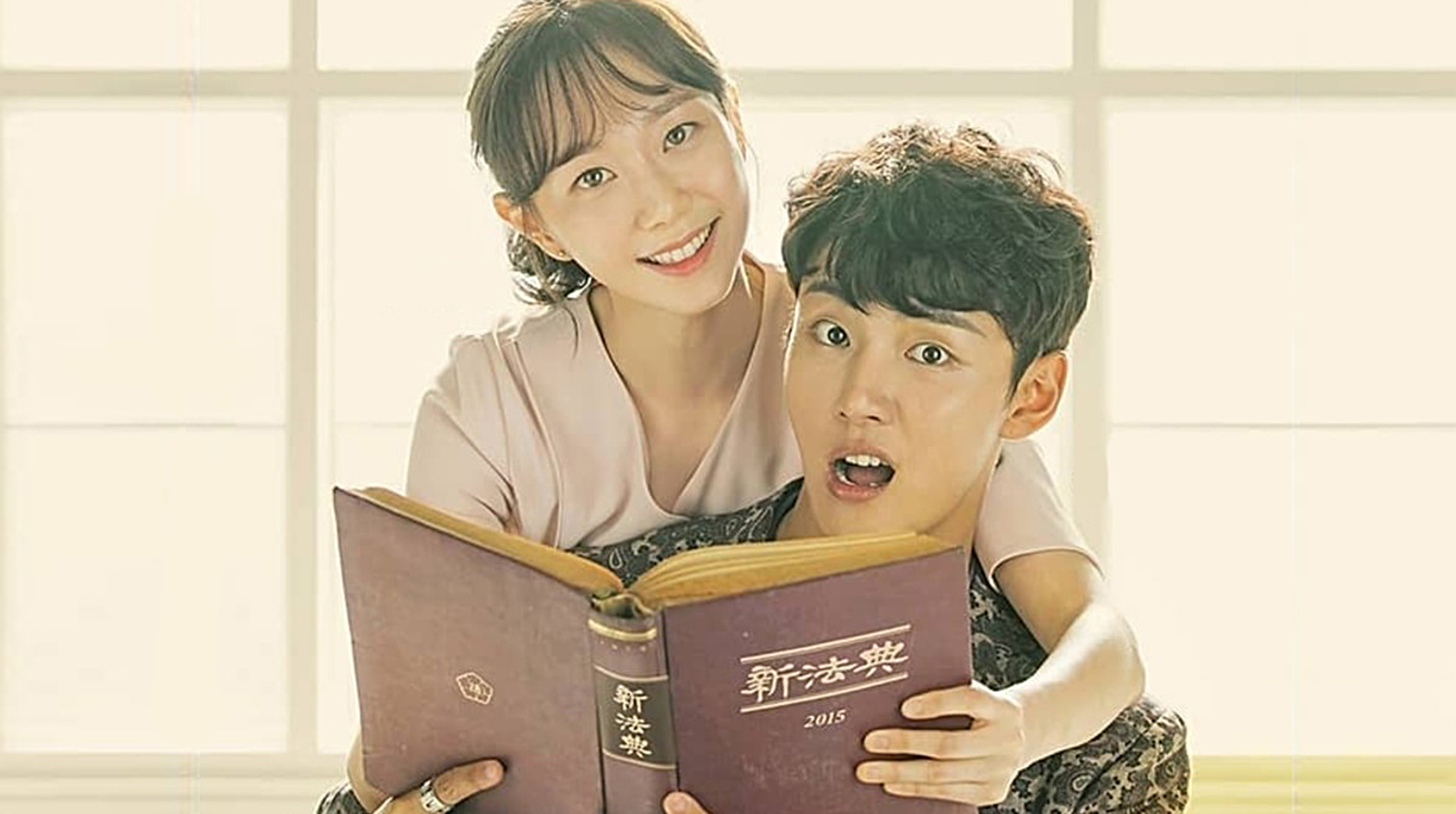 There are identical twins named Han Soo Ho and Han Kang Ho. Although they are both smart, good-looking, and share the same gene, they live completely different lives. Han Soo Ho has never missed the first place. He knew that there is the power that...

ooh Yoo Shi Yoon! Though I’d say he did a better job playing dual personalities in Psychopath Diary, this one is pretty entertaining too! Hope you enjoy it!

He’s doing a pretty good job so far! Lots of dark subject matter - not used to that - I don’t watch very many crime - thriller type shows. His facial expressions are amazing he like changes in a drop of a hat from one to another.

Saw the 2 episodes subbed and all, and can tell you is very intense. Waiting for subs here to re-watch. 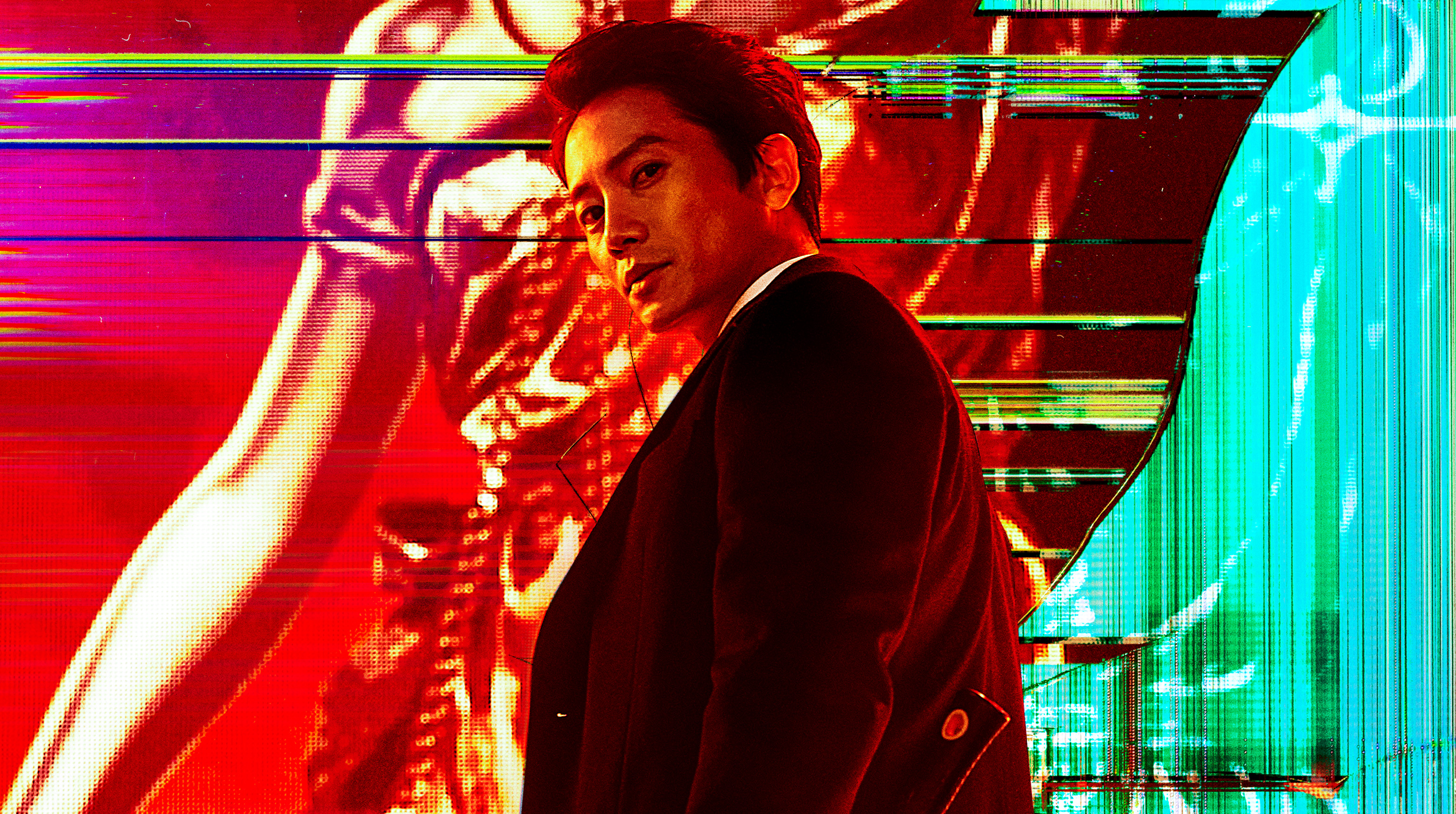 Kang Yo Han (Ji Sung) is the “Devil Judge” – the head judge of the highest court in the land. In a dystopian South Korea of the future, his word is the law, but his courtroom is also a television studio, and the court has become the ultimate TV...

hehe i know right? He makes it so easy to distinguish between the twins!

Caught up with all the released episodes of “Be Together,” and started watching “Truth or Dare” on a whim. This one is surprisingly addictive! So far it’s super lighthearted and funny for a historical cdrama, and I’ve never seen the leads before but I love them.

Just finished this one 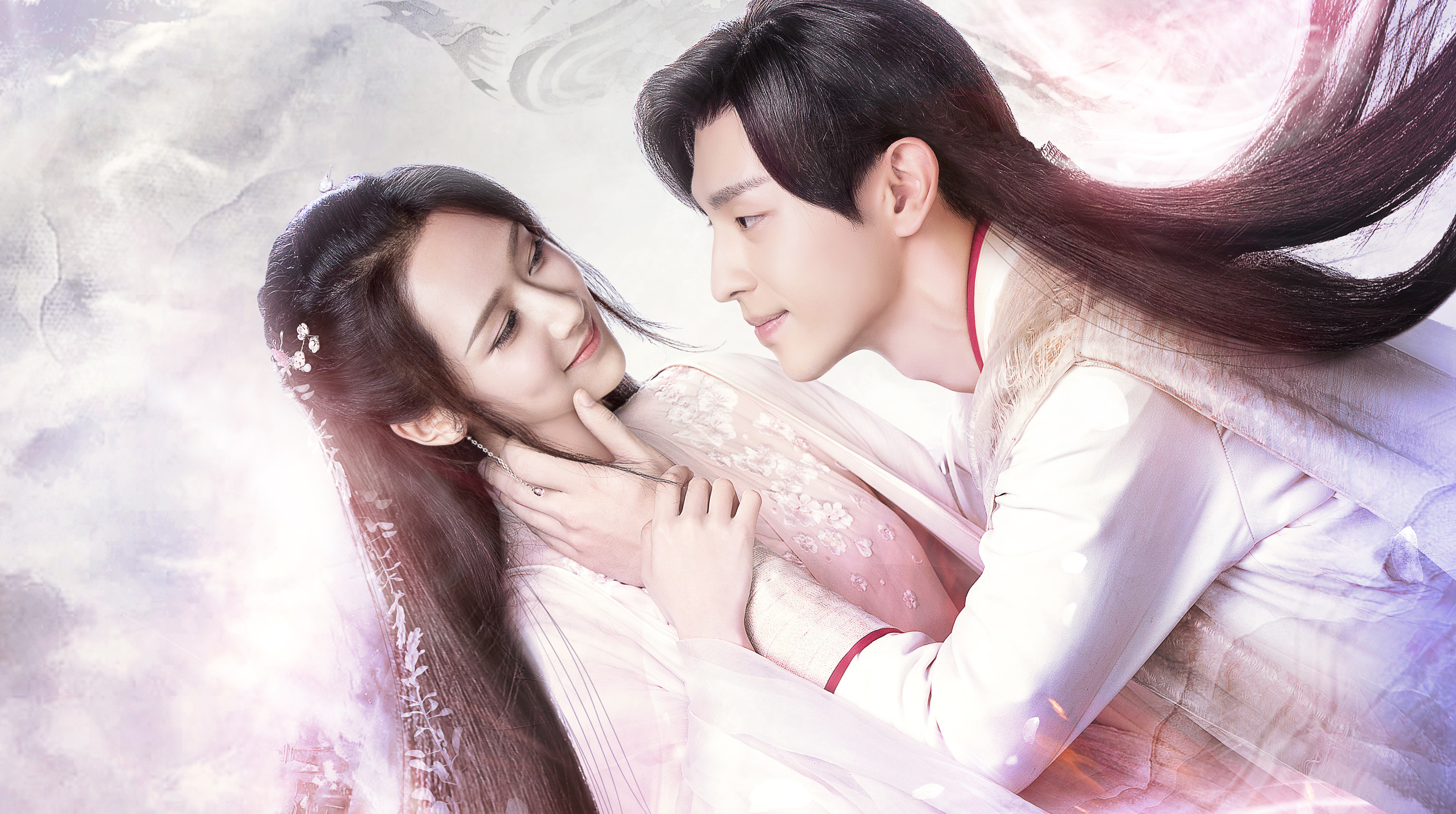 A frost flower fairy who is unable to feel emotion is caught up in a love triangle with two warring deities. Jin Mi (Yang Zi) is the daughter of the Flower Deity and Water Immortal. The deity learns that her daughter will suffer a great love trial,...


Don’t even TRY to read the summary, it’s literally a huge spoiler in itself

.
First of all, the production was AMAZING. There were a few CGI slips but overall it was BEAUTIFUL, way better than anything I’ve ever seen in dramaland. The acting was so heartfelt, the actors really gave it their all. I loved their expressions, reactions, even their voices. The costumes were beautiful, and everyone looked wonderful.
The story… the writers played us all with the age-old trick of luring us in with an adorable, fluffy rom-com for the first 20-30 episodes. And then they drag you through literal hell.

Sixty episodes. I never thought it would hold my attention for so long, but it did. I skipped here and there, but not entire episodes. It deserves the 9.7 rating and the 15 billion+ views it’s garnered in just over three years.

It was truly an epic story. I’d recommend it wholeheartedly for historical cdrama fans. It’s the best I’ve ever watched. Writers did a WONDERFUL job. The dialogues were beautiful. The budget must have soared through the sky. Some of the shots were really breathtaking. The Phoenix has a real stage PRESENCE. I’m still annoyed over the fact that the ML seemed to have gotten the least screen time out of the four main characters -_-

The ending is unlike most epic historical romances. No hopelessness. I am SO GLAD it was happy. It was good, but not really satisfying. I would have liked a little skinship in the end but oh well. I can’t help feeling like I want more and MORE of this OTP, because they were aMAZING. I’m sure I’ll re-watch it up to the time they finish the Mortal Realm trial. It was solidly adorable till then. 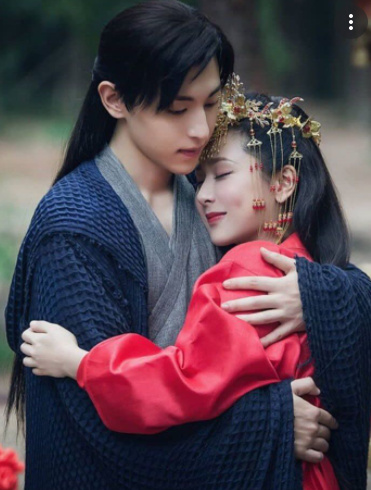 The binge has left me completely exhausted and emotionally drained. I don’t feel like starting any dramas and I feel like the only antidote is watching the drama again

(till the Mortal Realm thing only of course) I’m definitely taking a drama break. Truth or Dare is going to have to wait.

The binge has left me completely exhausted and emotionally drained.

I did this with My Roommate is a Gumiho the other night and I’m still tired. And hungover from DOOM.

This one is on my watchlist. The stills captivated me and I have several photos in one of my collections. The costumes and cinematography WOW! I look forward to watching it.