Thanks I just got done watching Melting me softly

So glad you enjoyed it! I have to agree about Deng Lun, we needed to see a lot more of him.

He was just so awesome!!! I’m loving Falling Into Your Smile now but waiting for the subtitles when you really love a drama is the worst. Love, love, love to all the subbers out there who are bringing us these awesome dramas.

well, everyone has their own weird pet peeves

for me, I just CANNOT take the fake blush thing they do in some dramas or too much makeup on a character… also high-pitched, squeaky, cartoonish female character voices

eeee! At my old job, we had a group of young female college students working for us. When they weren’t working together, their voices were normally pitched. But when they happened to work the same hours together, their conversational voices would get higher and higher until it was a squeak fest! They drove me NUTS!

In my mind, I was yelling at them, SHUT THE HELL UP! But of course, I was polite and just asked them to modulate their voices.

What I really hate in dramas is when someone grabs someone else’s cheeks and pinches/stretches them out.

What I really hate in dramas is when someone grabs someone else’s cheeks and pinches/stretches them out.

It’s only a drama

I hear ya! I currently work at a college and the squeaks and squeals in the hallways during the semester can be deafening! Hahaha!! 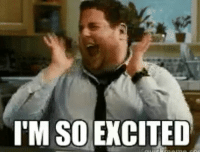 scraping together my monthly subscription fee

Are we going to have to start a Go Fund Me page for you? LOL.

I hear ya! I currently work at a college and the squeaks and squeals in the hallways during the semester can be deafening! Hahaha!!

I ran the computer help desk at our university. The ‘squeakers’ were in an adjacent, open doored room running scantron tests through the machine.Their squeakiness in the background really intruded upon our ability to hear our callers. It was difficult to tune them out and we couldn’t just tell our caller to wait while we went back to read them the riot act. We had to wait until we were finished with our call - THEN go and kill them. They reincarnated almost instantly so their manager didn’t have to go through the trouble of hiring and training new personnel every few minutes.

The funny thing about it was the girls would be squeaking about who would marry whom while the boys were loudly talking about whichever game was current.
sigh I listened to the same damned conversations for 25 YEARS!

Aside from the misspelling of “sinopsis” which should be “synopsis,” this does look like an interesting “dorama.”

Not enough that marriageable young men and women have a couple thousand years or so of the WEIGHT of the omiai in their family histories.

Let’s ratchet up the stress and pressure by getting the government in their business.

Question is, for snax with this one . . . chips and soda? Coffee and chocolate bars? Chinese takeout (from the Taiwanese restaurant that makes decent sushi) and kombucha?

For some reason, I am always hungrier when I watch doramas . . .

Have any of you watched Love Designer?

Should we technically be mentioning only what is currently up on Viki?

no, we do enough promotions for Viki anyway

you can mention what you’re watching even if it’s on NF or somewhere else.

Pity me in my farmer’s market polyester ahjumma pants, scraping together my monthly subscription fee out of my coffee and chocolate money. Oh, the sorrow.

I felt like the coolest kid in town! Save your coffee and chocolate money… in Discobrat’s words, you have ONLY 2284 contributions to a free pass!

Did you like it? what genres are your favorite? If you’re a JCW fan now, you could try Suspicious Partner, Healer or The K2!

I currently work at a college and the squeaks and squeals in the hallways during the semester can be deafening!

As a college student, this makes me feel guilty

Do I sound like that when I’m screeching about dramas with my friends??!

I want to thank you from the bottom of my heart for telling me the drama was worth it because it WAS. This drama made me actually start liking the sound of Mandarin LOL. Deng Lun made it sound so amazing!

I think I confused it with Eternal Love and that’s why I stayed away from it for so long. I still haven’t gotten over the drama; I watch behind the scenes videos and fan-made edits and pretend to swoosh around wrapped in bedsheets acting like an Immortal.

Also, I’ve decided I’m going to become a professional satisfying-ending writer. It seems to be the fatal flaw of most good writers. They write powerful epics but seemingly get tired towards the end and wrap it up unsatisfyingly. I have spun thousands of happy endings in my head. I love it when dramas end with references/contrasts to some situations earlier in the drama. It makes the viewer feel good that they understand the references because they stuck with the show till the end. It makes you feel more connected with the characters and their story and gives you compensation for all the emotions and tears you invested. Especially with Ashes of Love, I already have three or four endings that would have given me complete peace after that crazy storm they put me through.

This summer in the mystic realm of Jambu Dwipa, there are (apparently) a few cool K-drama ladies who are causing some squealing of a serious kind.

The theme of the video was similar to that of the podcast of 'Crash Landed on Kdramas'. Talwar, too, had cited several examples, that matched the ones of the podcasters.

(Am I allowed to mention this? Is it going to get bleeped for some reason because it’s not strictly Viki? Has anybody heard the podcast? I just think it says a lot about the power of the “K” . . .)

there’s no problem citing other sources or talking about other stuff… you just can’t advertise anything.

YES! Satisfying endings seem to be in short supply in K-dramas these days. I contend that it has to do with all the Korean networks being ambivalent about their continuing “good luck” in taking the entertainment world by storm.

With the pressure to . . . um . . . can I say . . . conceive, produce, and push their babies out the door ASAP, there are (IMHO) too many dramas that have not been allowed to mature sufficiently within the safety of their virtual nurseries before being shoved out onto the street with their nappies dragging in the dust.

Anybody who has read Rudyard Kipling’s Kim, the most beautiful love letter to India imaginable, will see how appropriate an image that is for the huddled masses of K-dramas clogging the highways and byways of the Viki-verse. 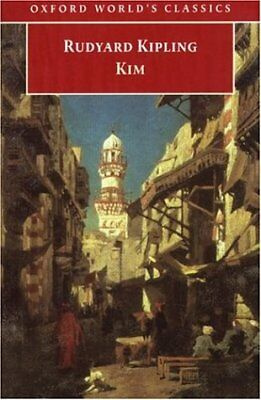 The young Kimball O’Hara, offspring of an Irish soldier and an Indian ayah, cheerfully muscles his way across India, Nepal, AND Tibet as the chela of a remarkably sanguine old Buddhist lama, and he embraces EVERYTHING he encounters with remarkably un-Buddhist enthusiasm. 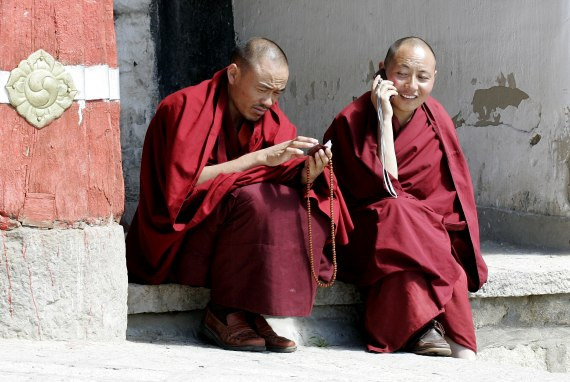 And in the end, Kim does find a type of enlightenment.

You read the book and are dazzled, and you get to the end, and you just sit and murmur, “Wow.”

Not all satisfying endings have to be “happy.” I think it was Shakespeare who forever fixed in the modern theatrical mind the idea that a comedy was a play of any mood, full of many or few struggles, in which estranged characters were reconciled, misfortunes were reversed, and people might be stretched to their limits . . . but “all’s well that ends well,” and the ending of a Shakespearean comedy ALWAYS included a marriage. Or several.

And a Shakespearean tragedy was one in which EVERY freaking person possible who could be offended, wounded, challenged, accused, misunderstood, mistakenly identified, arrested, hung, poisoned, stabbed, and otherwise “deaded” . . . was.

But, along the way . . . EVEN in the midst of anguish and revenge, characters matured spiritually, realized as they lay dying that revenge was not the way of heaven, and in the end were restored to right relationship with heaven and eulogized by one lone survivor.

Shakespeare in his maturity had some focus and clarity, and I think “K” studios could just take As You Like It and Hamlet as templates and solve all their ending problems.

But it remains to the volunteers (as usual) to help guide the misguided. Or should I say the not quite fully guided? (The above is a PDF file)

Shakespeare Wallah is a 1965 Merchant Ivory Productions film. The story and screenplay are by Ruth Prawer Jhabvala, about a travelling family theatre troupe of English actors in India, who perform Shakespeare plays in towns across India, amidst a dwindling demand for their work and the rise of Bollywood. Madhur Jaffrey won the Silver Bear for Best Actress at the 15th Berlin International Film Festival for her performance. The music was composed by Satyajit Ray. Loosely based on the real-life ...

The BBC Television Shakespeare is a series of British television adaptations of the plays of William Shakespeare, created by Cedric Messina and broadcast by BBC Television. Transmitted in the UK from 3 December 1978 to 27 April 1985, the series spanned seven seasons and thirty-seven episodes. Development began in 1975 when Messina saw that the grounds of Glamis Castle would make a perfect location for an adaptation of Shakespeare's As You Like It for the Play of the Month series. Upon returni...

I was introduced to Shakespeare in high school by my mother who, as a young woman, was a Lawrence Olivier fangirl. Like so many people struggling with the trauma of WWII, Olivier’s Henry V kept hope alive in many hearts.

She had a Folger Library copy of Henry V and a vinyl recording of the play . . . 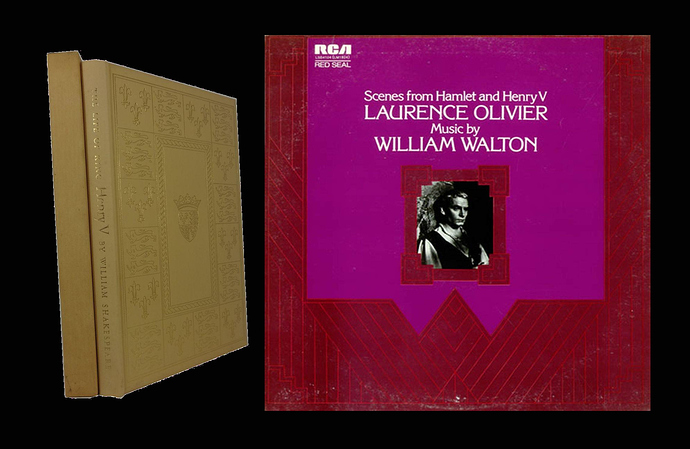 . . . and one day she astonished my sisters and me by reciting (from memory and with passion) the famous speech concluding with: “Cry God for Harry, England, and St. George!” She vibrated with passion; she had tears in her eyes.

I was hooked for life on the Master of the Satisfying Ending. 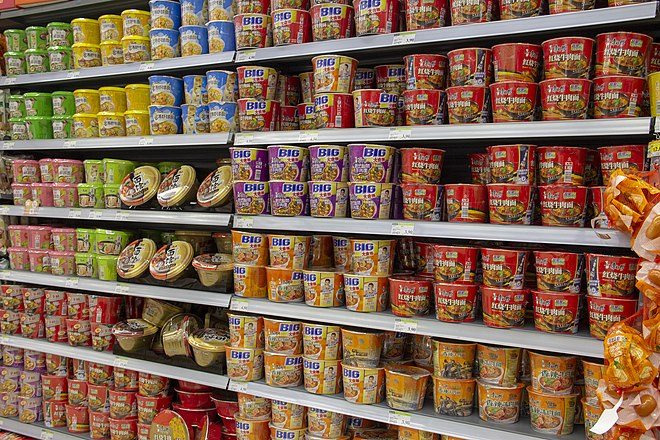 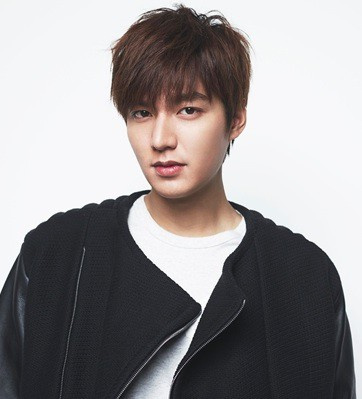 “I’m signed to be the Spokes-Babe.”

Can I get a badge for cross-topic posting?

For a prime example of what advertising is okay, check this topic out:

Things that you want to buy after watching a drama! General Discussion

I love their vacuum’s but they sell here so expensive 500 to 700 and you know those break easily. Their blow driers look amazing and have several features.


they’re hosting an entire online shopping mall over there

As a college student, this makes me feel guilty

Nah, don’t feel guilty. If I didn’t like working with young people, I wouldn’t have been here for 18 years. It’s all good. Screech away.