It looks like September is going to be a very busy month. We have 4 K-dramas scheduled to start on the same day, September 17th. 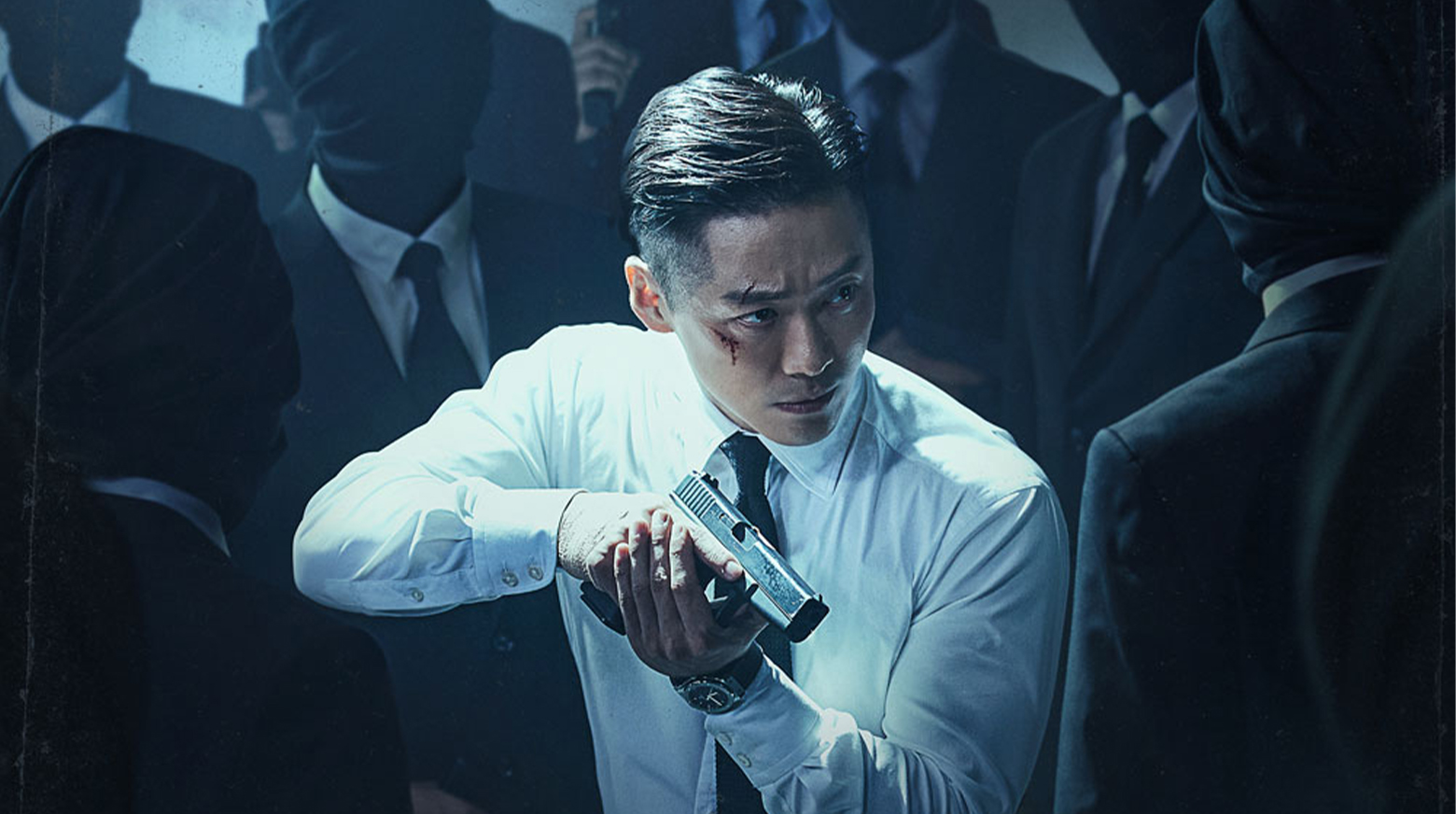 Ji Hyuk, an ace in the NIS Foreign Intelligence Bureau, has never failed a mission. However, during a mission by the China-North Korea borders in Liaoning, China, he goes MIA. After one year, Ji Hyuk, classified dead, suddenly appears at the Korean... 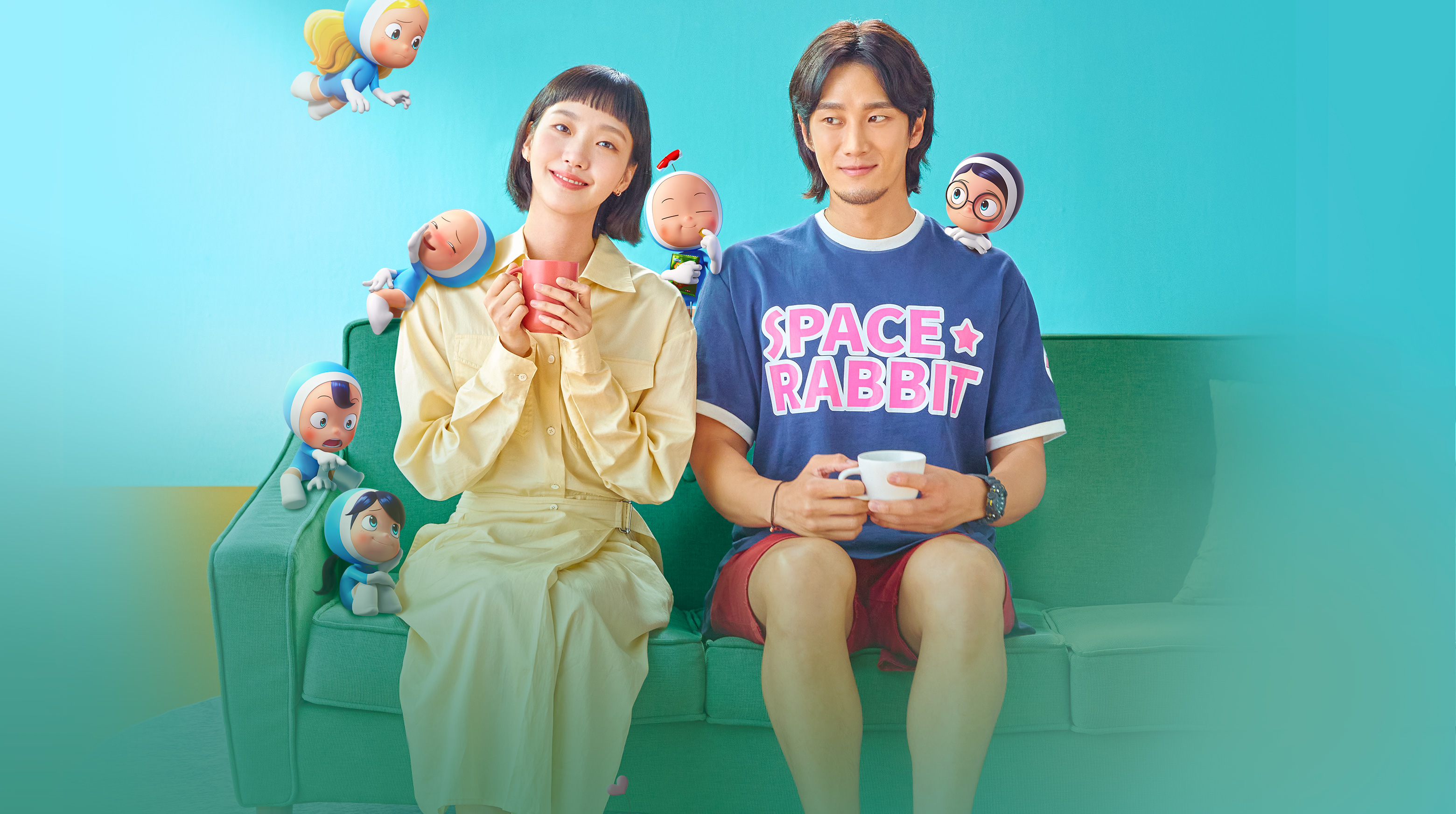 Controlled by a complex network of cells, each and every human on the planet is kept running by an unseen operating system that is, for the most part, completely ignored. Though humans never give much thought to how they manage to function, day in... 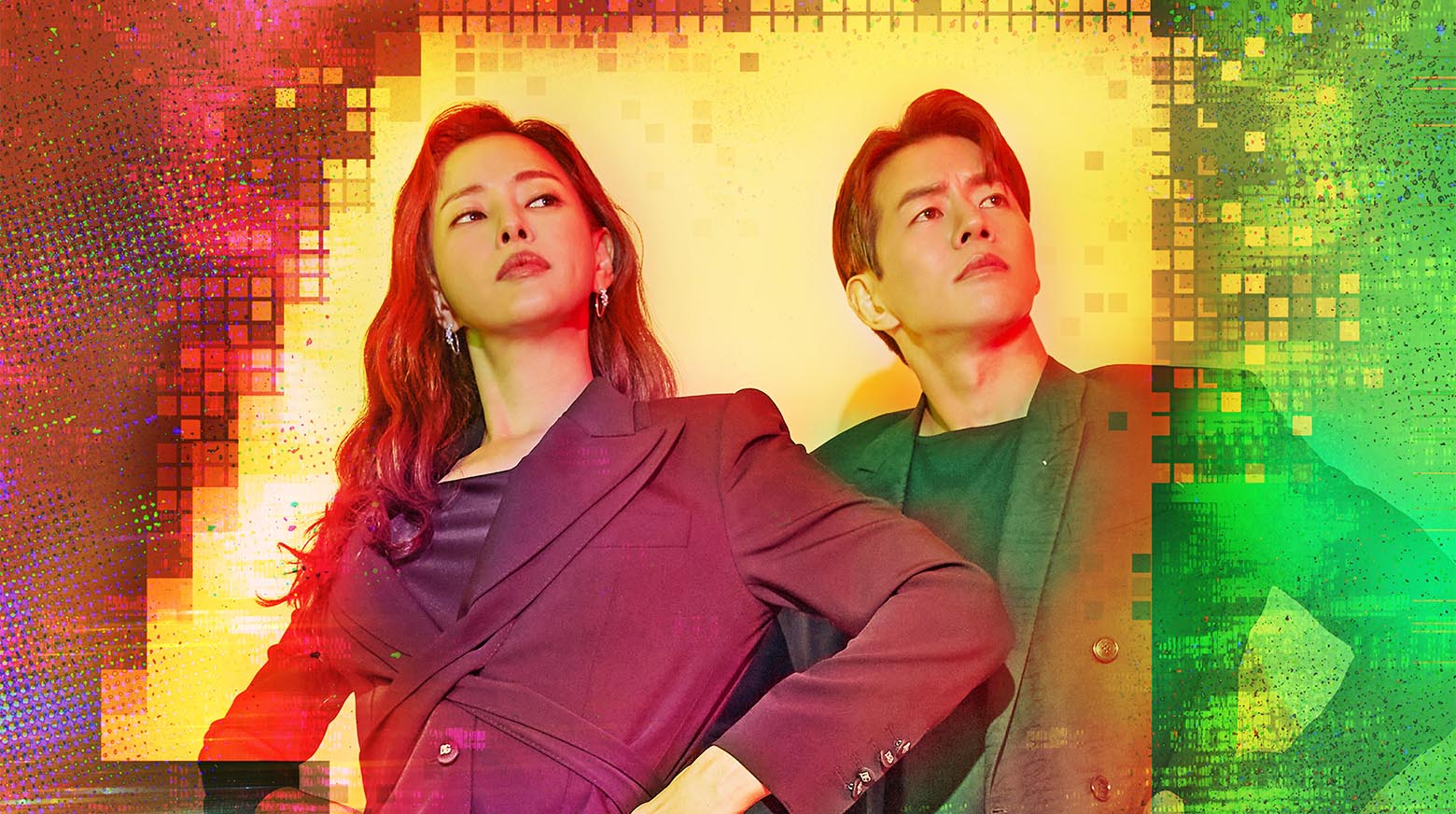 One the Woman | Rakuten Viki

Yeon Ju is an elite prosecutor who started from the bottom. Although known as the best in corruption investigations for the Supreme Prosecutor’s Office, she suffers amnesia after a car crash when chasing a suspect. As she wakes, she finds herself... 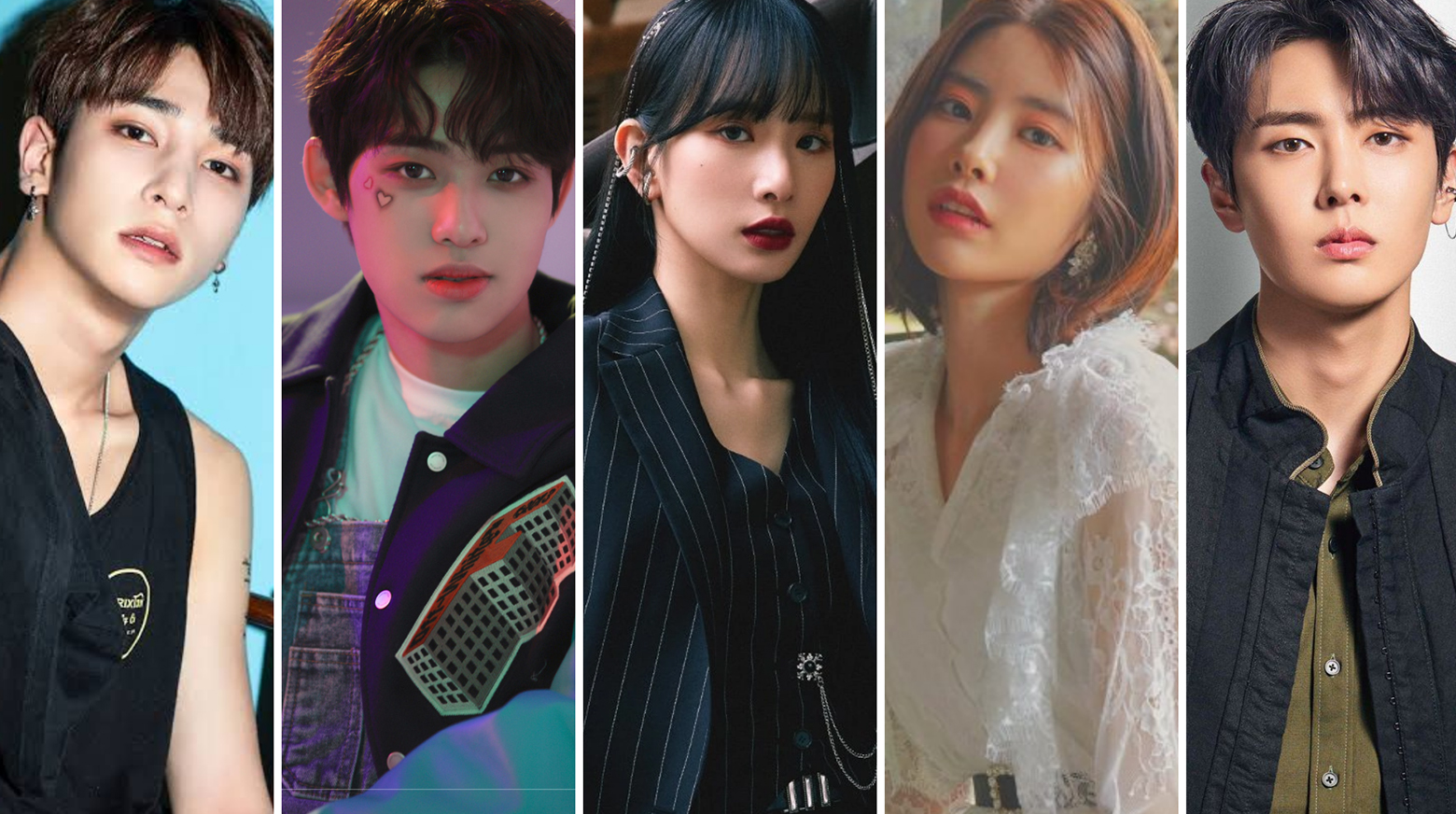 I think it is “Moon Drawn By Clouds”, also known as “Love in the Moonlight”.

Love in the Moonlight | Rakuten Viki

Prince Lee Yeong falls in love with eunuch Hong Ra-on, who is merely pretending to be a man, in this unforgettable, romantic, palace adventure.

I think it is “Moon Drawn By Clouds”, also known as “Love in the Moonlight”.

That’s it - never watch it, so it didn’t make click. 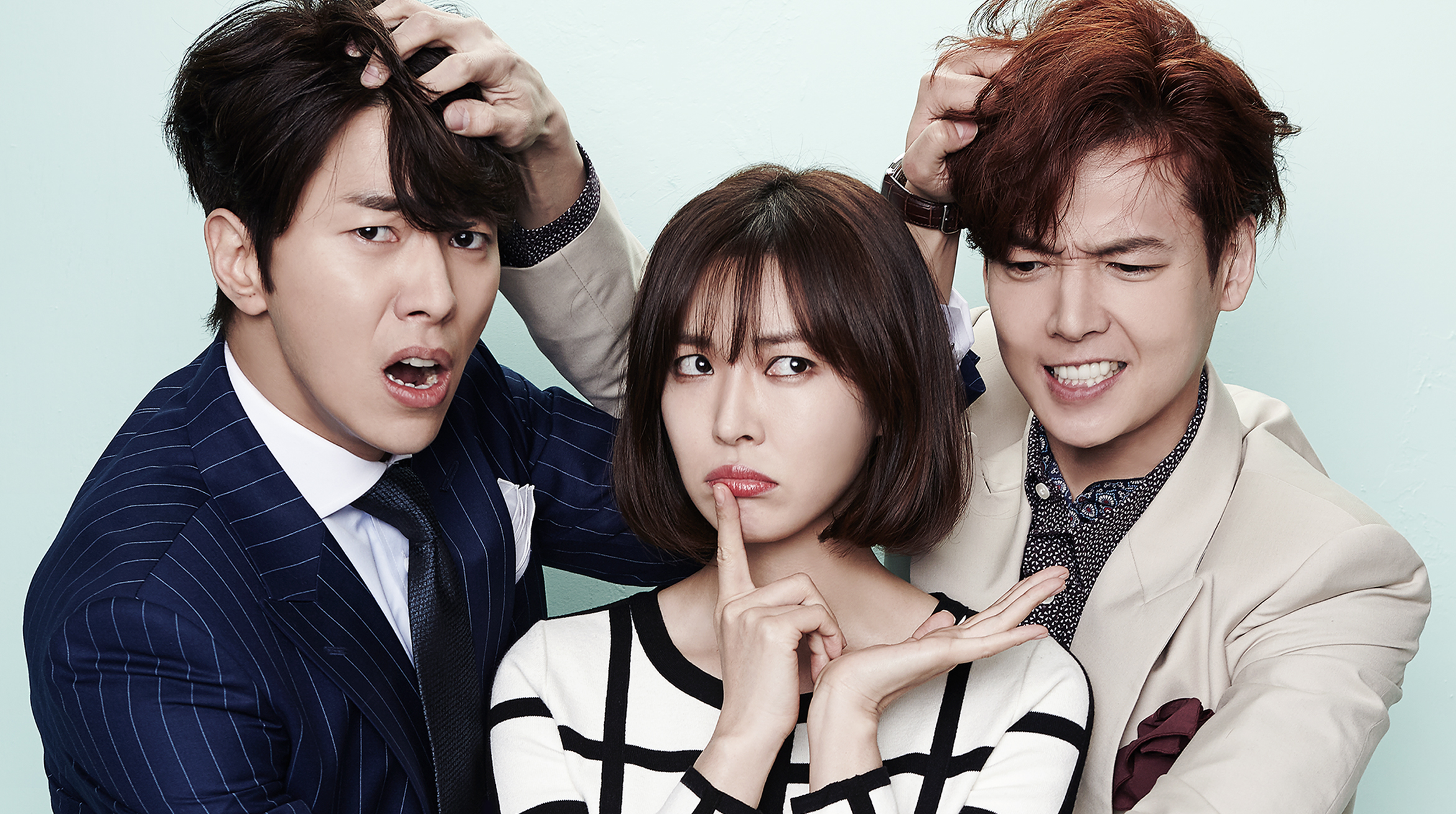 Can your personality and perspective on life change after getting a new heart? Kang Min Ho (Jung Kyung Ho) has been through a difficult time when his father suddenly died and his father’s company was taken over by his uncle and he was kicked out. But...

I’m looking at starting this one!

I love that one!!
It’s one of my favourites!! BTW. It was my firs K-drama

Because I’m a decade behind everyone (JK, but it seems like it), I’m at ep 10 on this one. It’s okay but I wouldn’t walk to Chicago to watch it again. LOL! 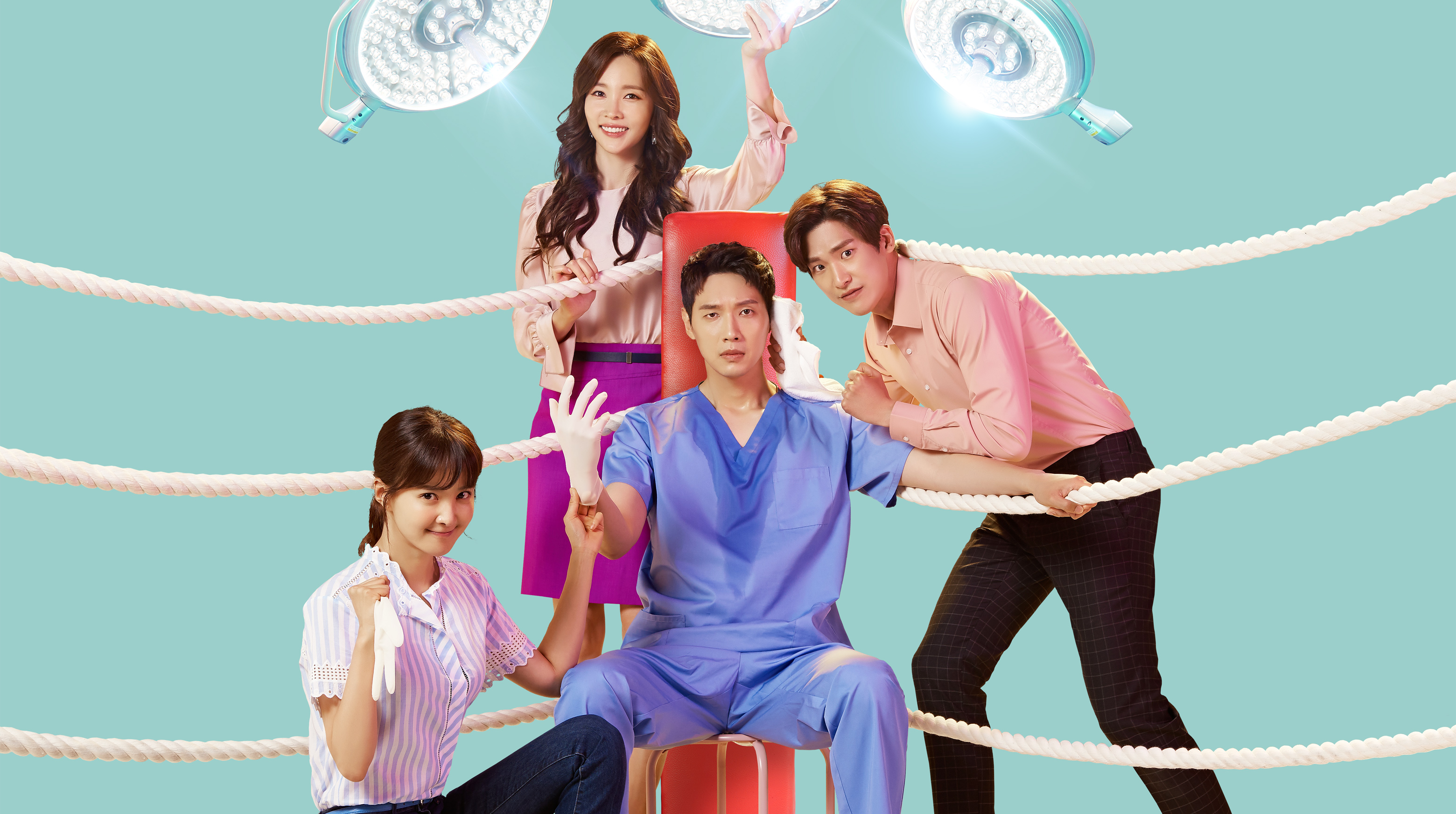 Internal medicine doctor In Ah believes hormones can control a person's health, personality, and even feelings of love. One day, the ideal research subject to test out her theory appears in front of her. That person is surgeon Seung Joo who was once...

I somehow started this very cute anime called Hataraku Saibo/Cells At Work. It’s all about our Immune System and it’s battles to keep us healthy. I didn’t think I’d enjoy it so much!

The medical information is quite accurate. Everything is true except the fact that our main protagonists, a neutrophil and a red blood cell, never age or die

And we can’t have it any other way, so I forgive them!
I really can’t believe how much I’m shipping two blood cells 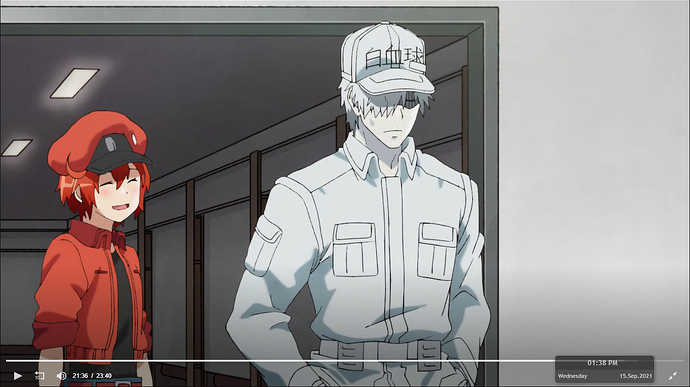 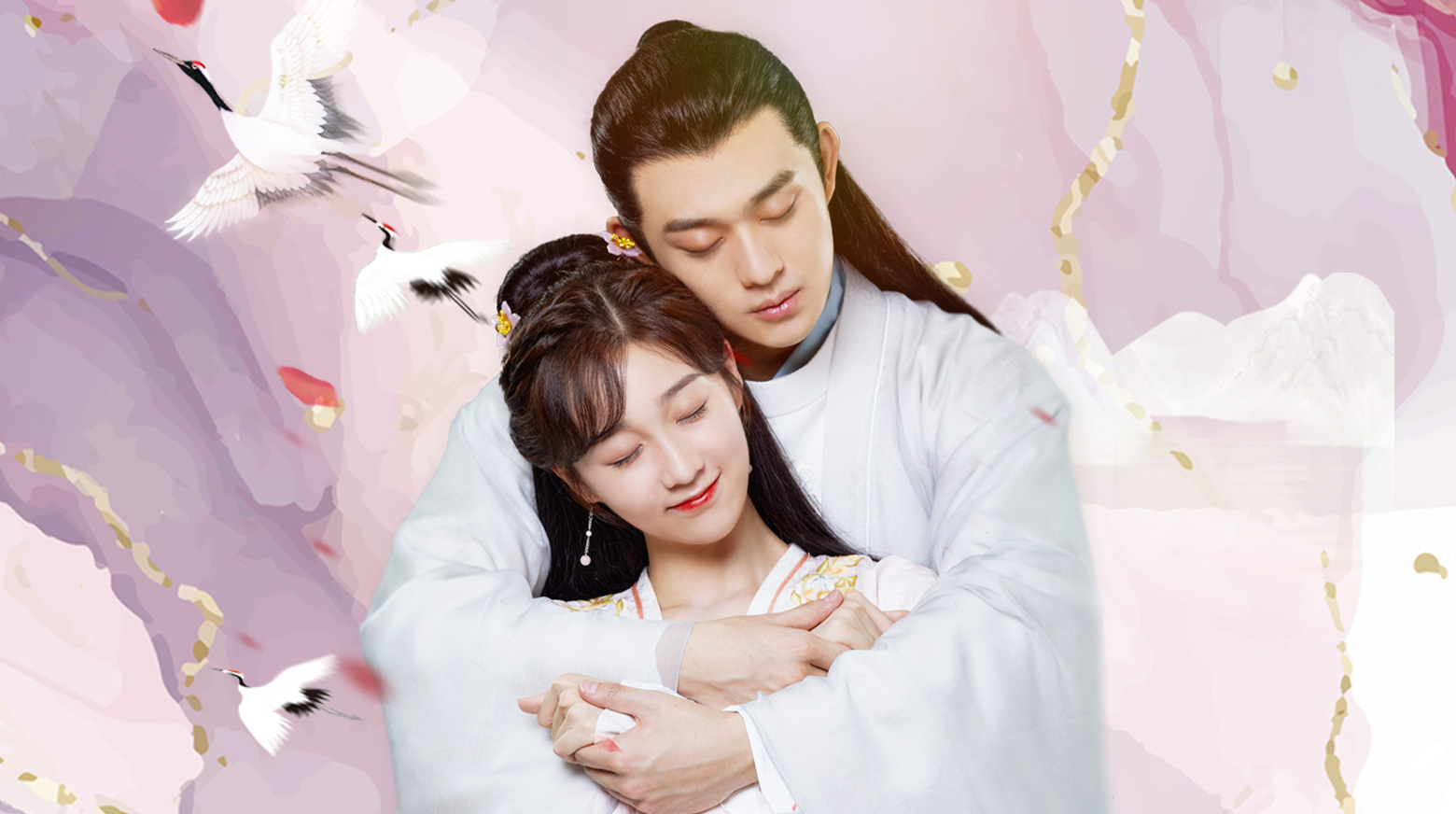 At twenty-six years old, Yang Xiao Xiao wasn’t exactly the picture of success. With no house, no car, and no boyfriend, Xiao Xiao didn’t have much but what she did have was an unwavering love of food. No matter how bad things got, Xiao Xiao took...

I don’t know why but I’m struggling with: 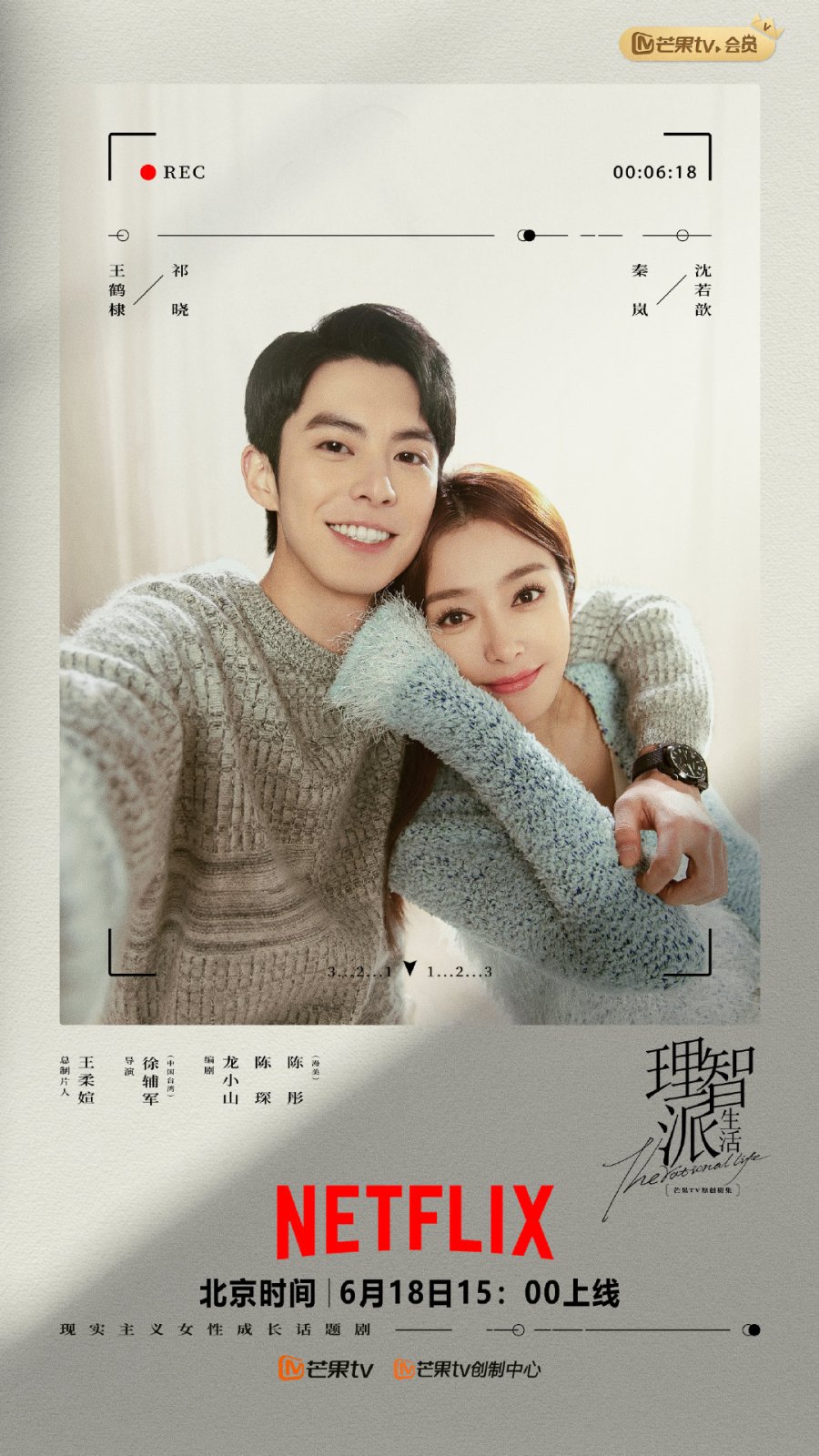 Shen Ruo Xin is a thirty-something professional who decides to take a stand against unfair societal expectations At her workplace she finds herself drawn...

I’m trying to finish it, but it doesn’t get me into the story

Your description alone has me shipping them. What a unique concept. 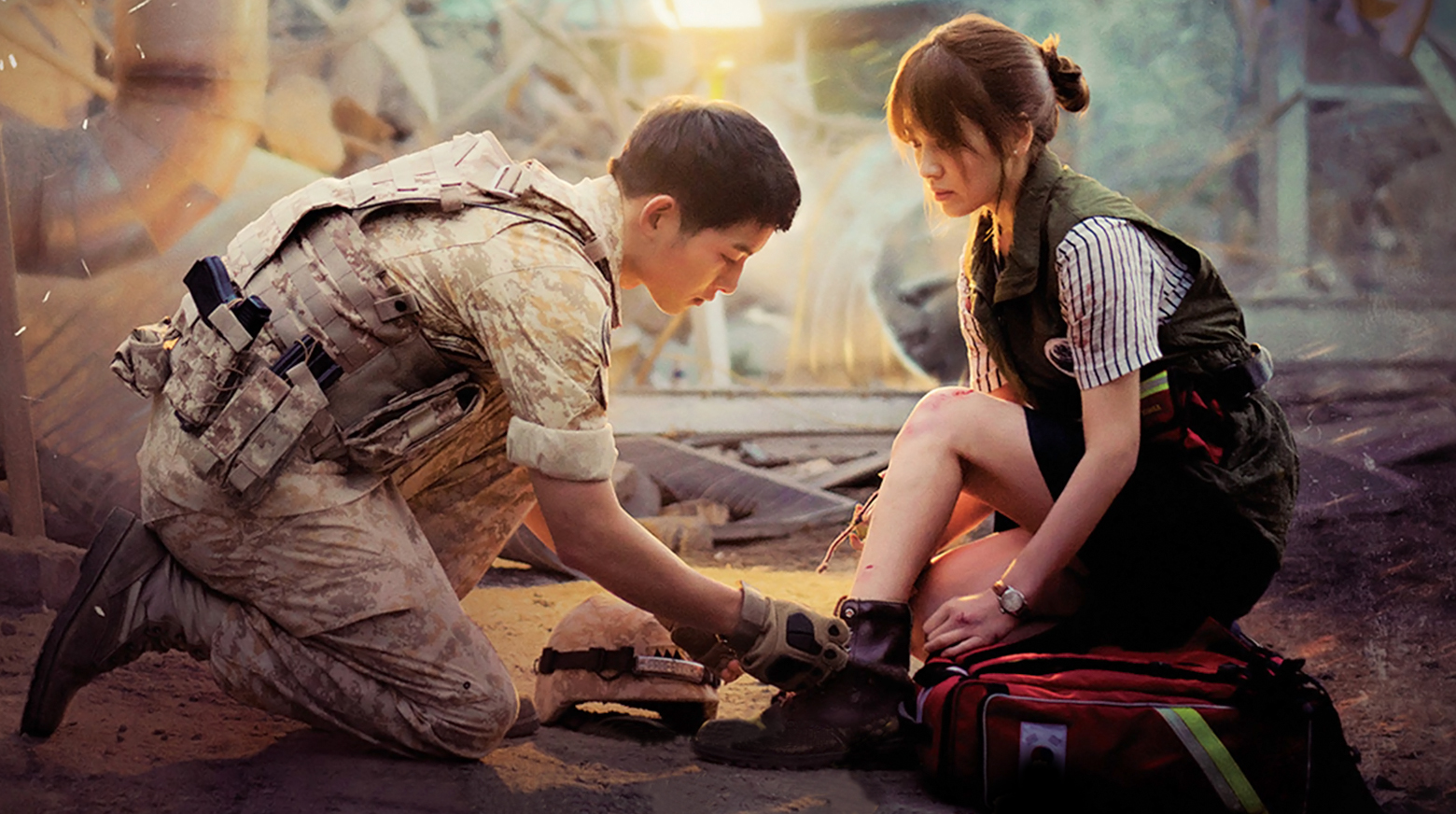 Anyway, this is one of those popular, highly-rated dramas that I figured I would never watch simply because I’m not really a fan of either lead. However, I’m a fan of the genre, and after watching another drama of a similar type that was fairly terrible, I decided I’d give this a go just to get that bad taste out of my mouth, so to speak, since I knew the production value of this one would far exceed the other.

I never would have expected that two lead actors that I am ambivalent toward, at best, could hook me into their story almost immediately. It’s mostly thanks to a ML character who is a straight up master flirt and doesn’t apologize for it, but without being a jerk. Oh how I wish we had more characters like this in dramas. The drama-trained cynic in me, though, tells me that if things were so smooth sailing and flirty from the get-go, this couple will most likely be put through the ringer, so we’ll see if I can hang on for the ride.

Oh how I wish we had more characters like this in dramas.

My fav - the flirts - the master flirts like My Secret Romance - I wish I could like DOTS - maybe you can convince me eventually.

Strangely, I’ve read so many things about how people loved the second couple, but I was immediately put off by the actress who is the SFL. I couldn’t figure out why. I looked her up and realized she is the one who did our Wookie wrong in Lovestruck in the City.

Wookie wrong in Lovestruck in the City.

straight up master flirt and doesn’t apologize for it, but without being a jerk

flirty from the get-go, this couple will most likely be put through the ringer

The good thing is, they don’t have much cliche angst. No love triangles. No unnecessary breakups and fights. They flirt a lot, but notice that neither wants to commit. The entire drama has them understanding each others’ careers and choosing whether or not to stay with the other. I thought that was quite mature and realistic of them, because you have to be aware of the troubles that come with “having the country as your mother-in-law,” no matter how handsome or good the ML is.
The comedy, IMO, is top-tier. It was very well done.

I’ve avoided watching Lovestruck in the City, anything with the FL actress in it and even Vincenzo. I love the characters for who they are in DOTS. I can’t take them as anything other than their DOTS characters. The end.

Some day - save it for Some day - a long while from now! So good but so DARK

I love the characters for who they are

I get you, my twin. I get you so much. This is why I have not watched Junho in anything else yet after seeing him in JBL. I just can’t.

don’t have much cliche angst

I can’t tell you how much I love to hear that. I really like that their relationship challenge is all about them figuring out if and how they can be together instead of fighting off darts thrown from outsiders. I find it very realistic and believable that she is struggling to figure out if she can accept the challenges that come with his job. And I would hate if they had other angst to deal with on top of that.

I forgot to mention how much I am loving his character, too. So much more than I ever could have imagined I would. Gods of Kdramas, please let us have more like him in the future!

seeing him in JBL.

I can’t watch Hyung Sikkie and like him except in High Society! I only know Junho in WOK so far so I’m in love with his chef character - hahahahaha! See what we do to ourselves -