This is another drama I “forgot” to keep watching

This only used to happen to me with c-dramas but I can’t believe it’s happening to me with k-dramas!! I want to finish both Police University and Dali but I just end up forgetting or losing the will to continue!

I will try. Might have to rewatch from the beginning since it’s been a while.

I enjoyed this one so much! It’s romcom with melo undertones. The fl is adorable and she’s strong minded without being stubborn. The ml seems silly but he’s playful and caring. Love them together!

I have watched at least 3 dramas
Vincenzo 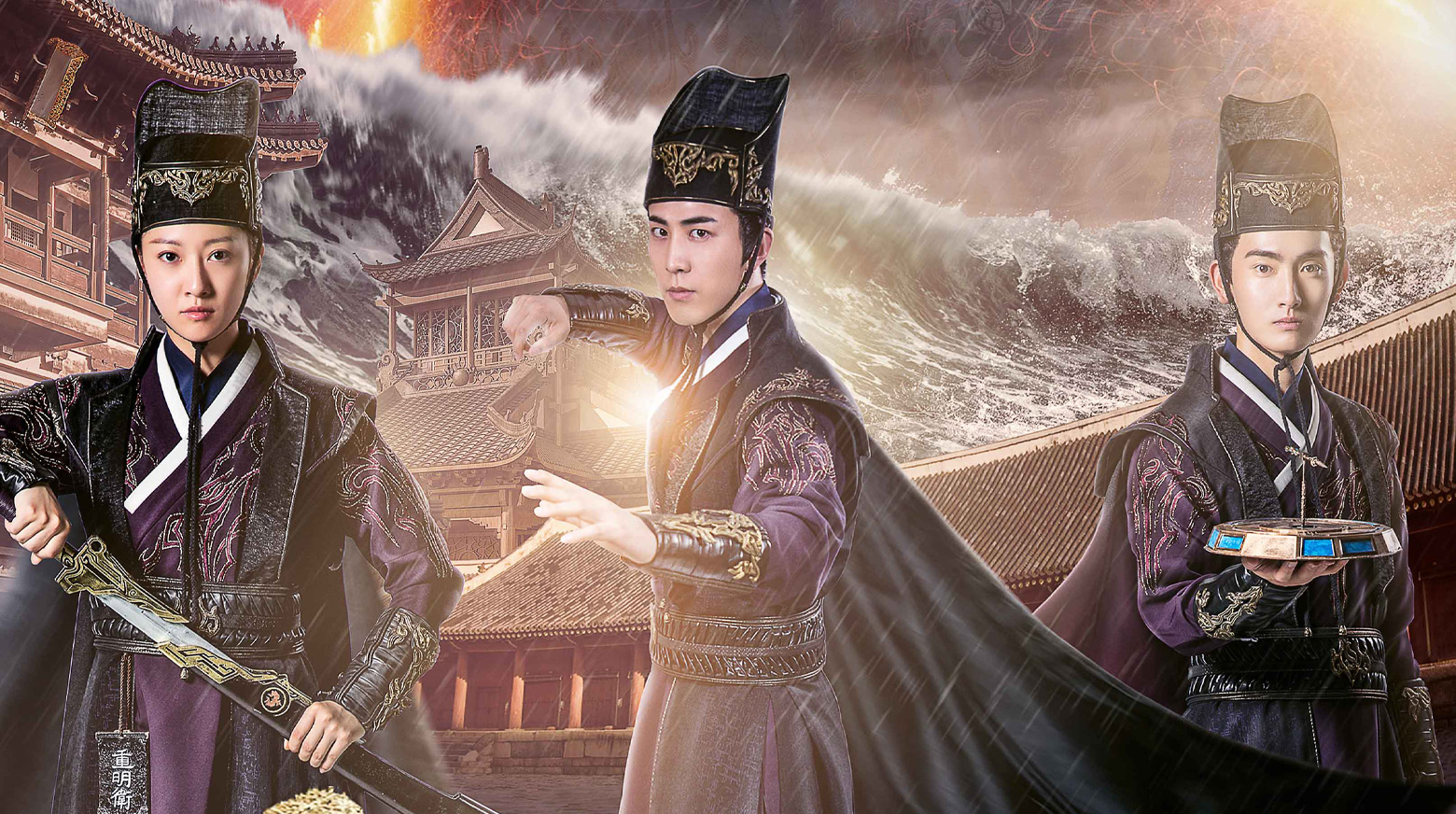 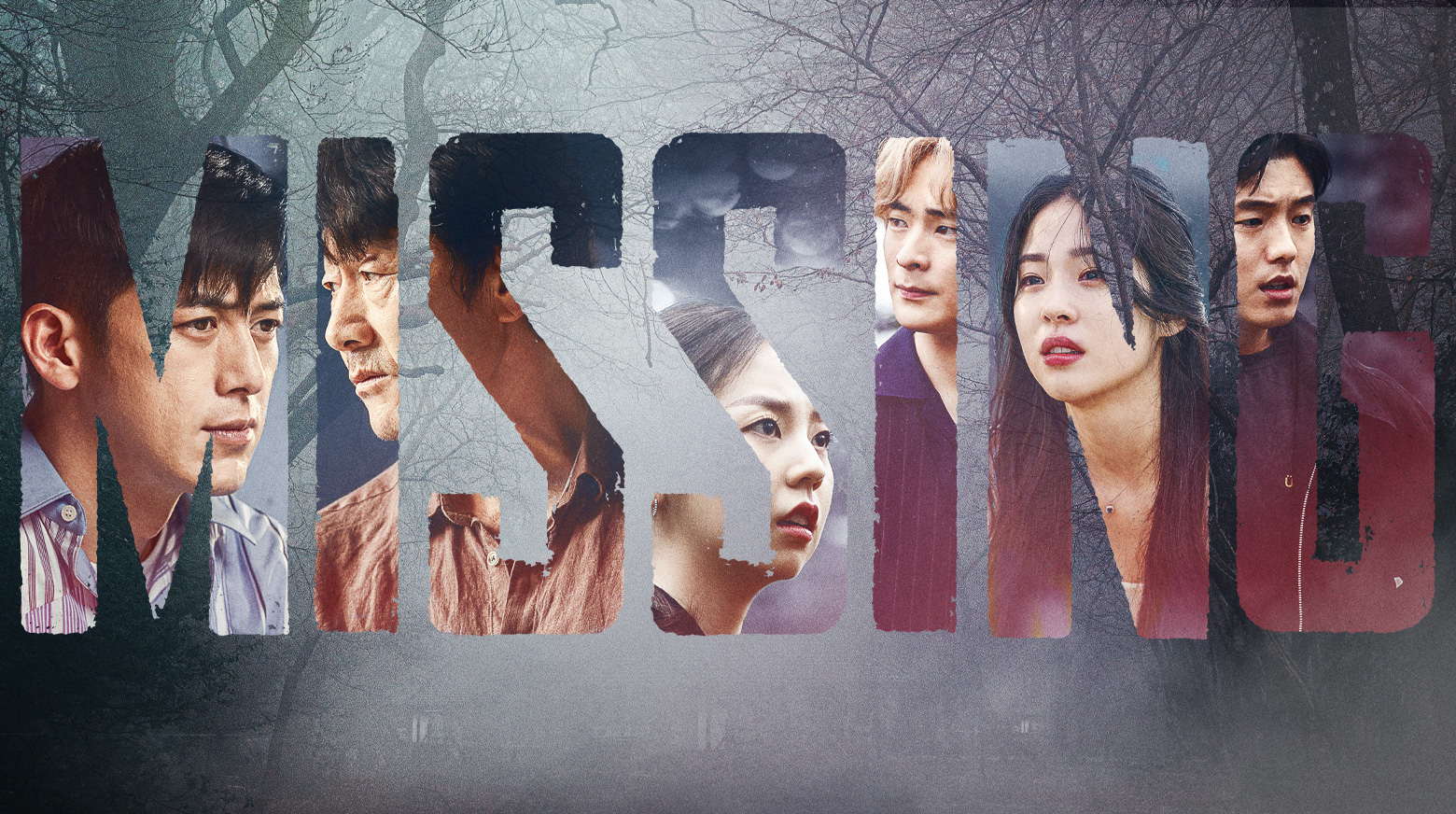 Missing: The Other Side | Rakuten Viki

and the very endings is awesome, and kinda spooky , but still loved it, think there was another one but at the moment don’t recall. but I do like these endings, not going to tell you, you just have to watch them

Ooh I’m going to start that one soon! 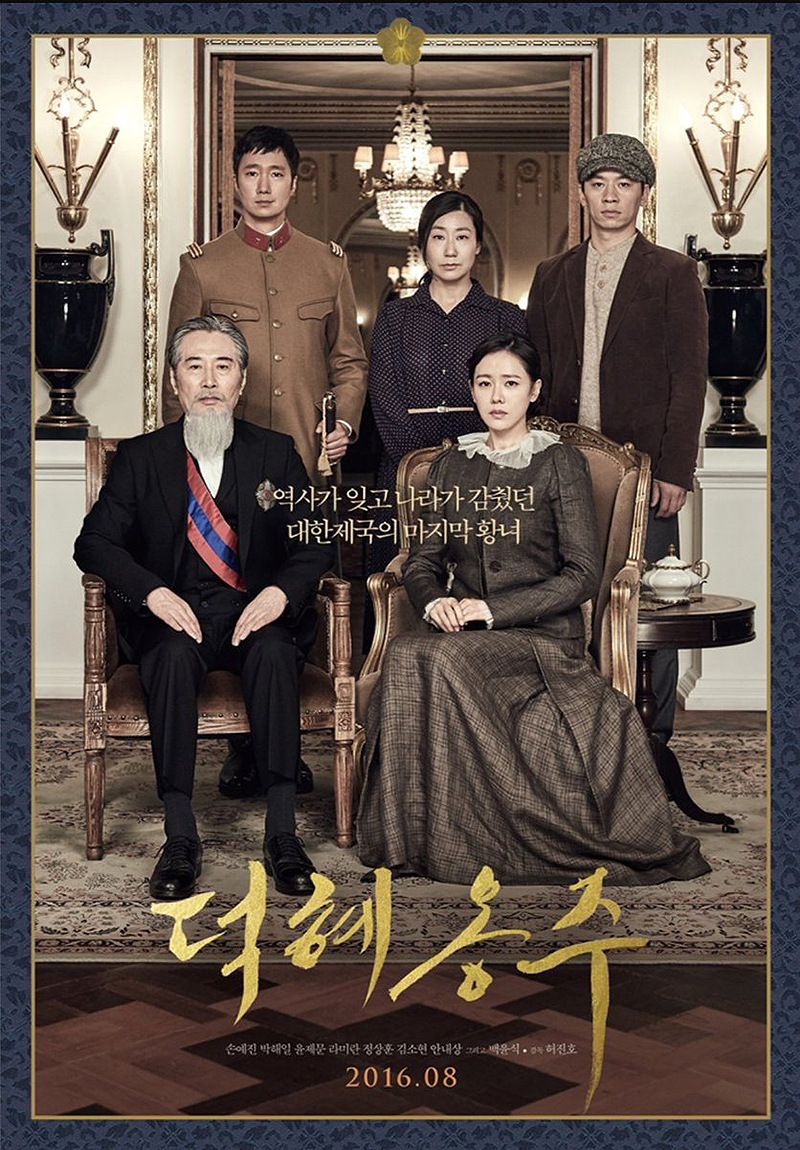 Princess Deok Hye was the last princess of Korea. Under Japanese colonial rule, she is taken to Japan as a hostage. With the era’s harsh conditions,...


Okay this was so good!! Son Ye Jin, Park Hae Il and the rest acted the HECK out of their roles. I cried so much at the end. What a princess. The airport scene was one of the most touching, heartbreaking scenes I’ve witnessed. Though the historical part was very interesting, I was drawn to the fictitious parts— especially Kim Jang Han.

I know Kim Jang Han’s character isn’t real, but as a story character, my brain just can’t fathom what he went through. As a work of fiction, I still would love seeing everything from his point of view since it’s sure to be more grittier— working as a spy in the Japanese army, then as a journalist under a government he didn’t support… the things he did, his stubborn determination, his total one-track mind from the moment he got engaged to her I just can’t handle it. This is one of those shows where I felt so acutely for the characters that every hit was a stab to my own heart.

If you’re a Kim Jae Wook fan, you might have your heart broken, but I’m not a big fan so his character didn’t hurt me much(the fact that I was head over heels in love with the ML is probably another reason LOL).

8/10 for me. I’d recommend it to history lovers. I cut two points because I live in a world of fantasy and cotton candy and unicorns, so the ending didn’t completely satisfy me.

For those of you who are wondering if it has a tragic ending, it does not. It’s a clear-cut happy ending.

Ten Miles of Peach Blossom: Very good drama. Some parts were a little wacky (IMO) but still a good watch.
The Last Princess: Very good drama but the ending was soooooo sad. Definitely worth the watch.

Whenever there’s CG, I turn on the TCs to see what people are saying about it. Most of it is pretty funny. 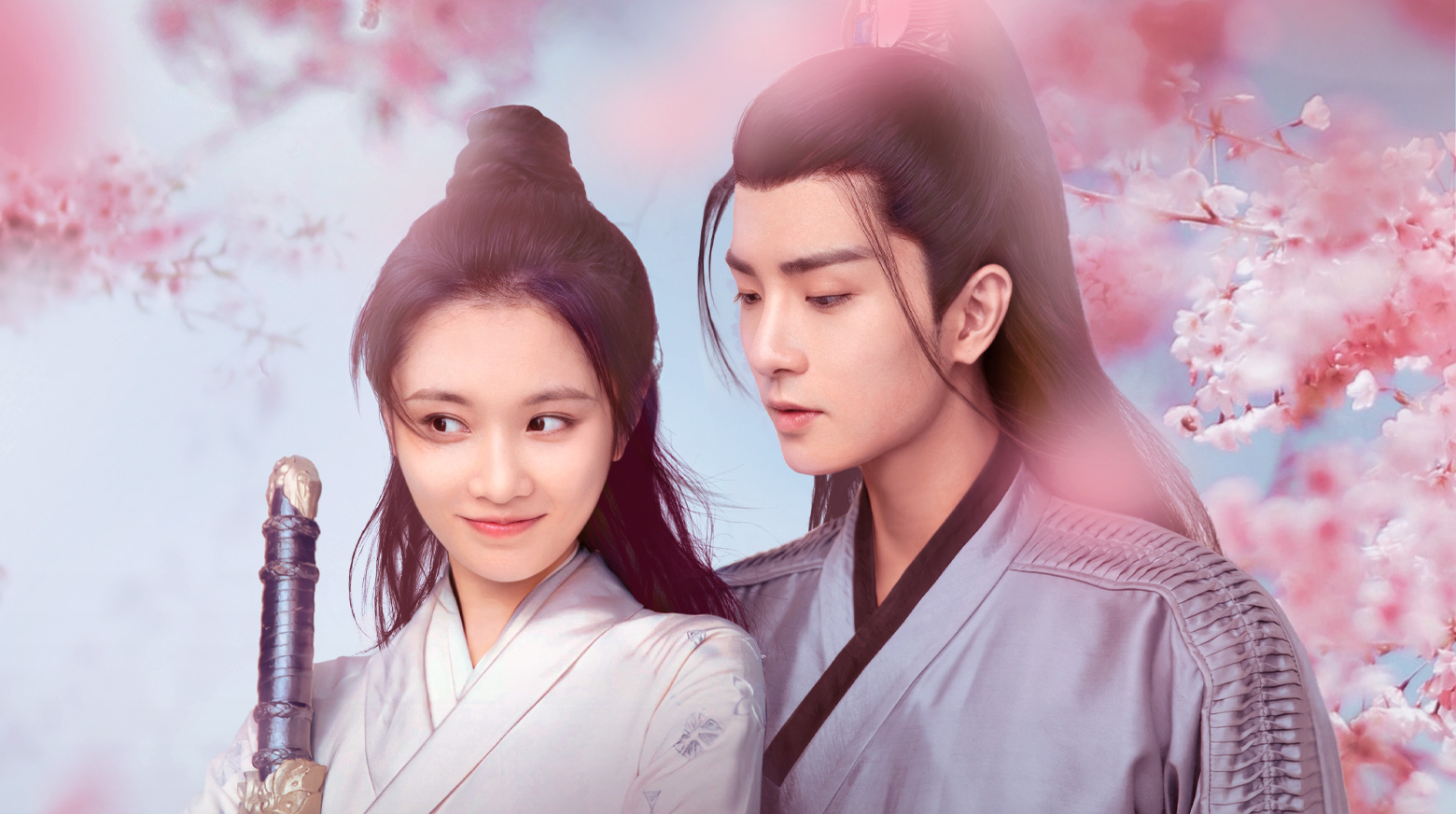 The Heart of Jade | Rakuten Viki

Mo Yan (Zhang Hui Wen) is a quick-thinking, sharp-witted young aspiring thief, who wants to become the top robber in the field. But when a senior male associate is caught and imprisoned at a powerful court in Kaifeng, where Prince Ning Jin (Niu Zi... 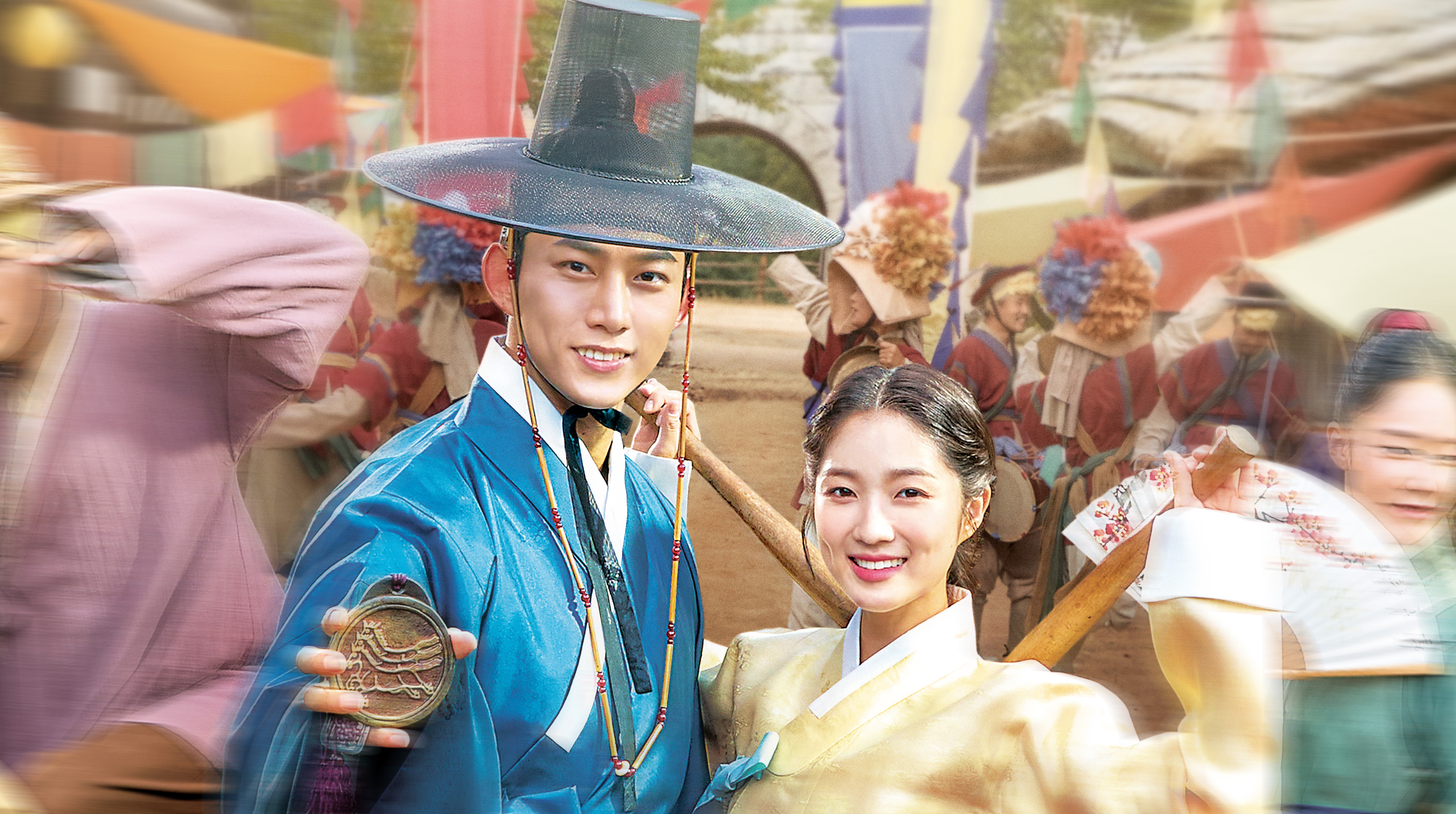 Ra Yi Eon (Taecyeon) is a food-loving young man in the Joseon Dynasty era (1392-1910) with a simple dream: He wants to buy a patch of land outside the royal capital and open a dumpling store. But his brilliant mind has got the better of him: He... 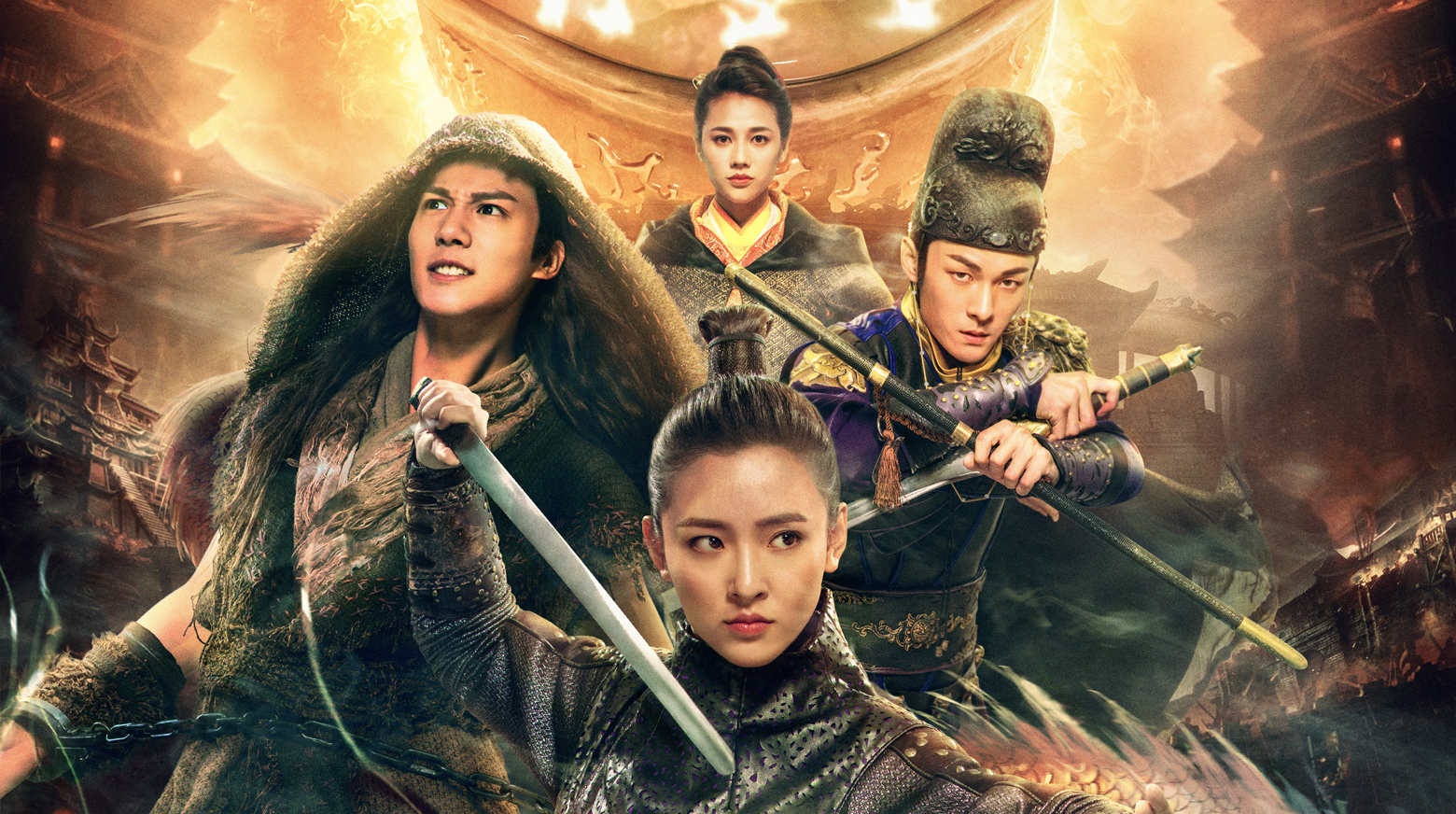 What would be her most surprising case? Ye Yuan An (Wu Qian) is the daughter of the Assistant Minister of Revenue during the Tang Dynasty. Somewhat of an amateur sleuth, Yuan An loves solving mysteries and constantly in competition with Zhao Lan Zhi... 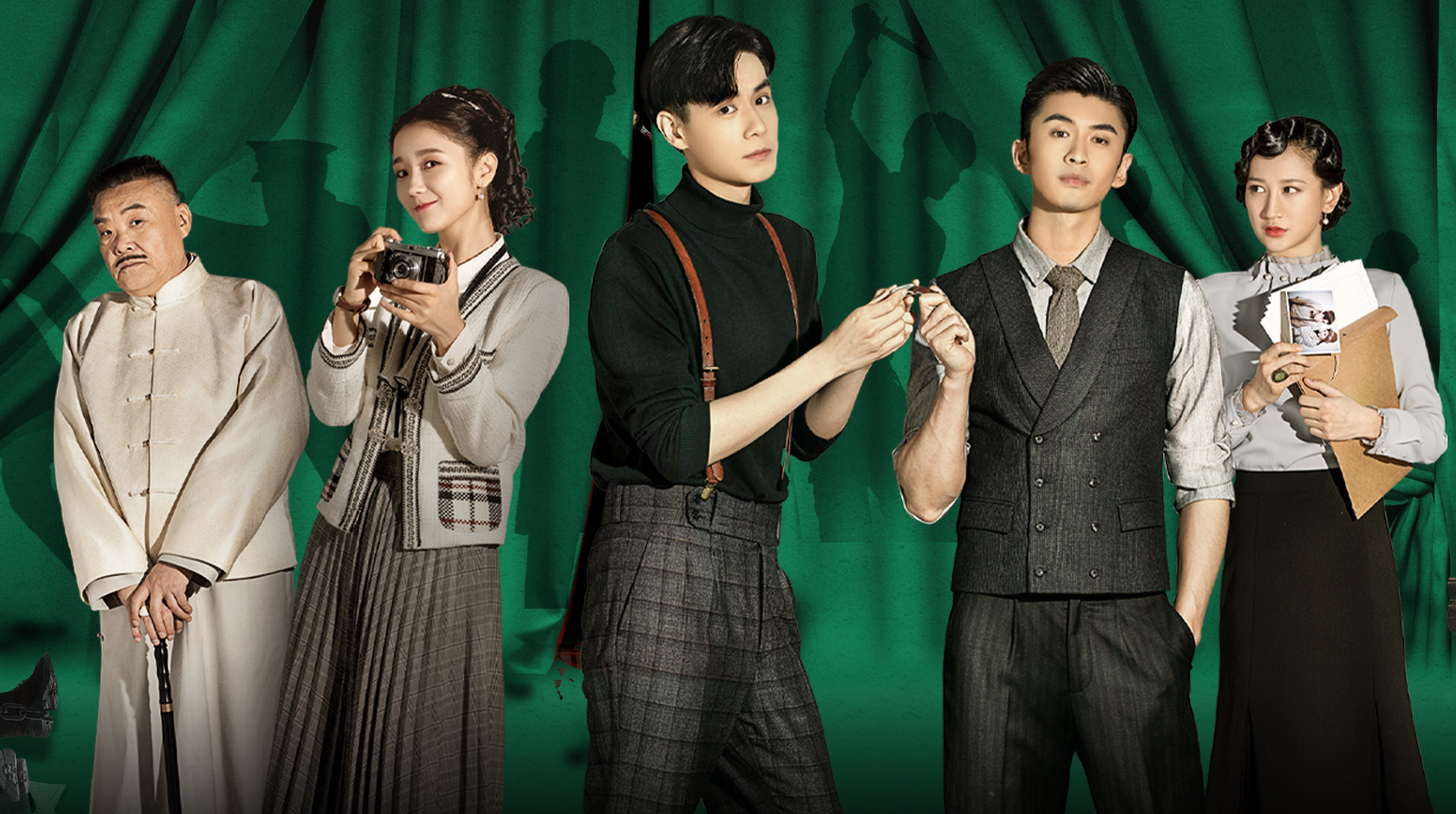 My Roommate is a Detective | Rakuten Viki

It is the mid-1920s, and a resourceful young police officer named Qiao Chu Sheng (Zhang Yun Long) is on the trail of a brutal but devious killer. Realizing that the police force will need some extra help with this difficult case, he decides to form... 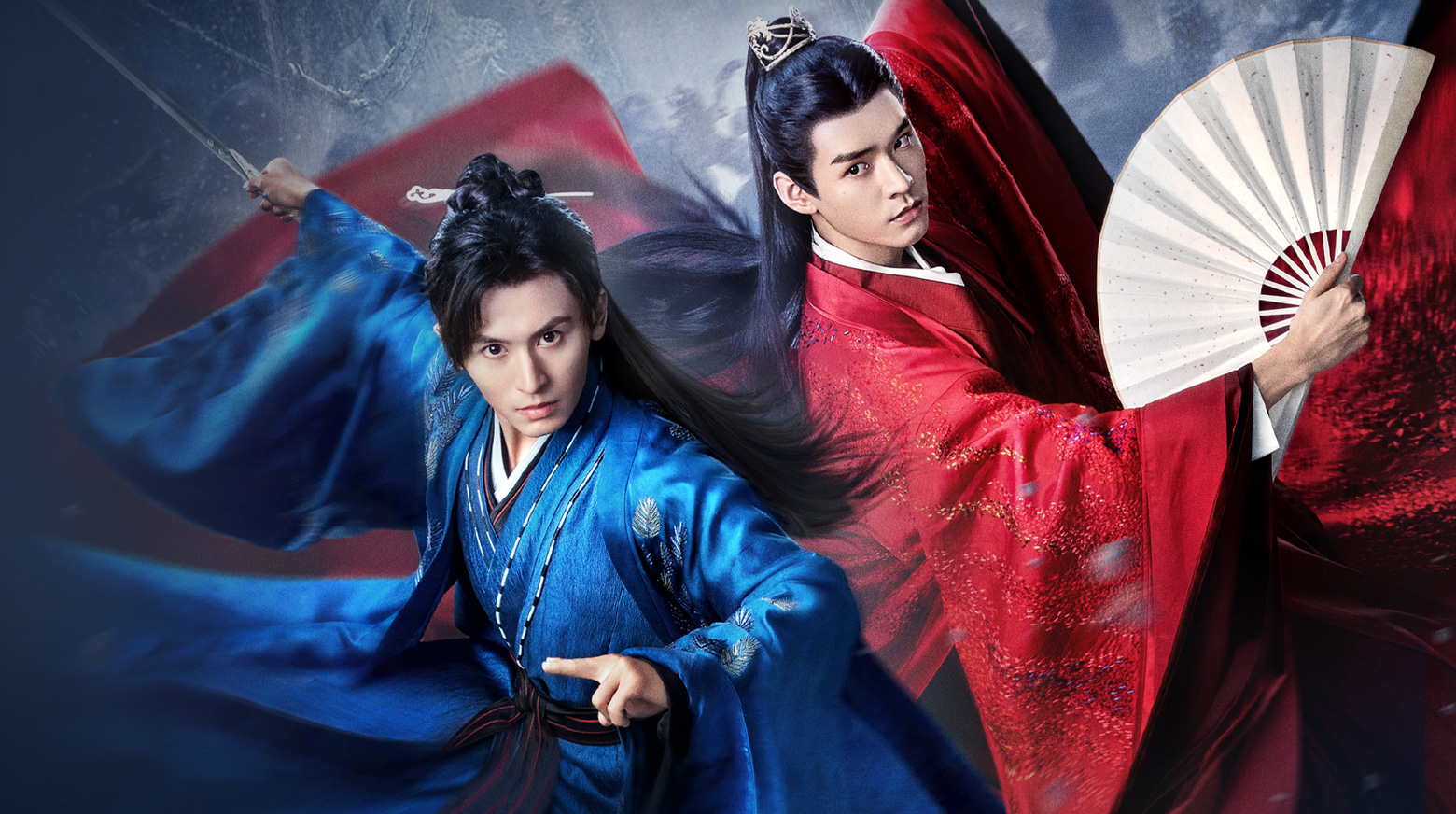 As leader of an elite unit, tasked with protecting the imperial family, Zhou Zi Shu (Zhang Zhe Han) was not a man to be taken lightly. A man of great honor, who commanded much respect, he served the royal family with the utmost loyalty and was... 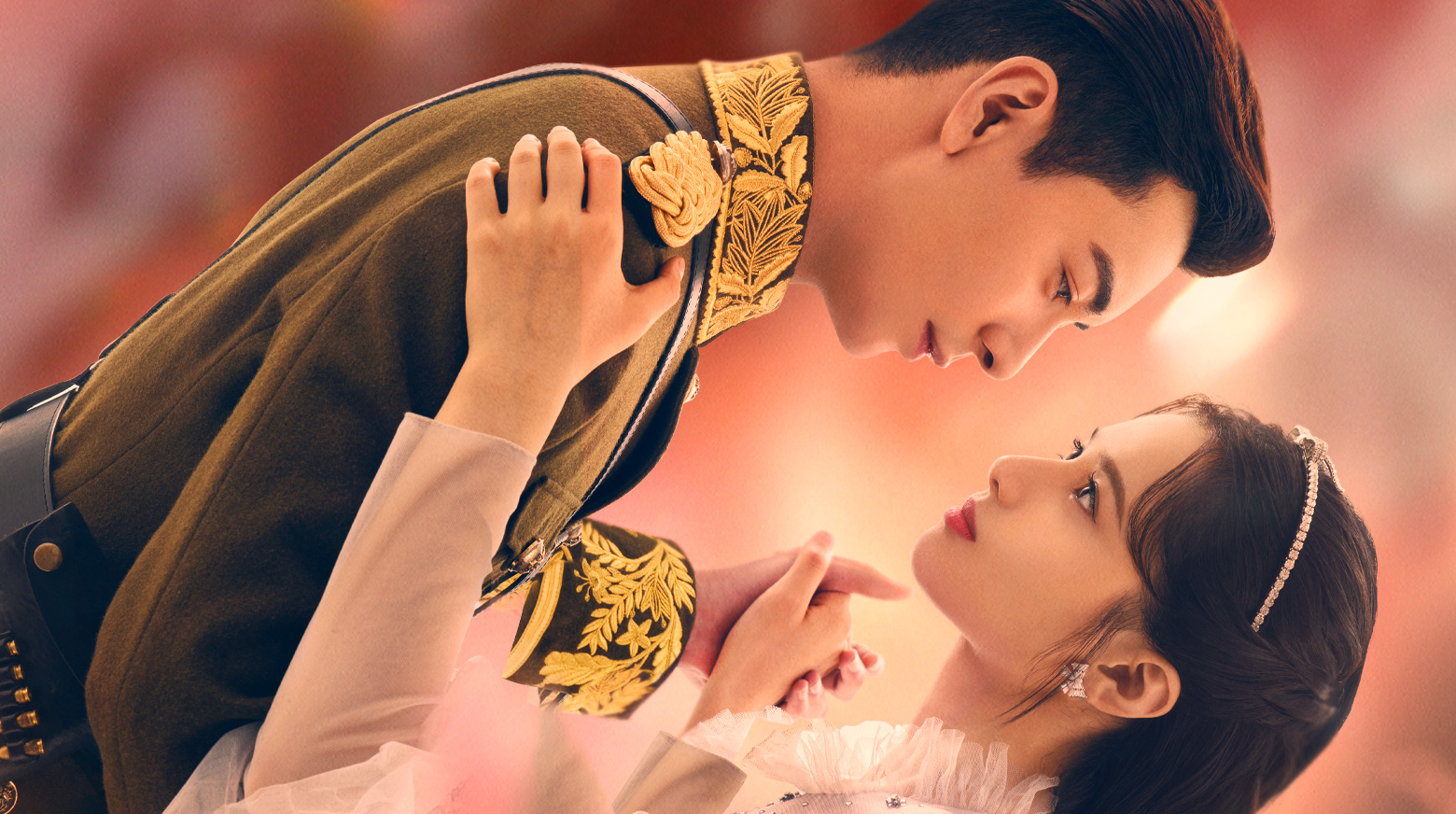 For Mu Wan Qing (Zhang Jing Yi), 1926 would always be remembered as the year that changed her life forever. After the death of her mother, Wang Qing knew the time to return to China had finally come. Bringing her mother’s ashes home to be buried, Wan...

trying to finish some too. I do have a few more but this is enough

Don’t miss out the fun… 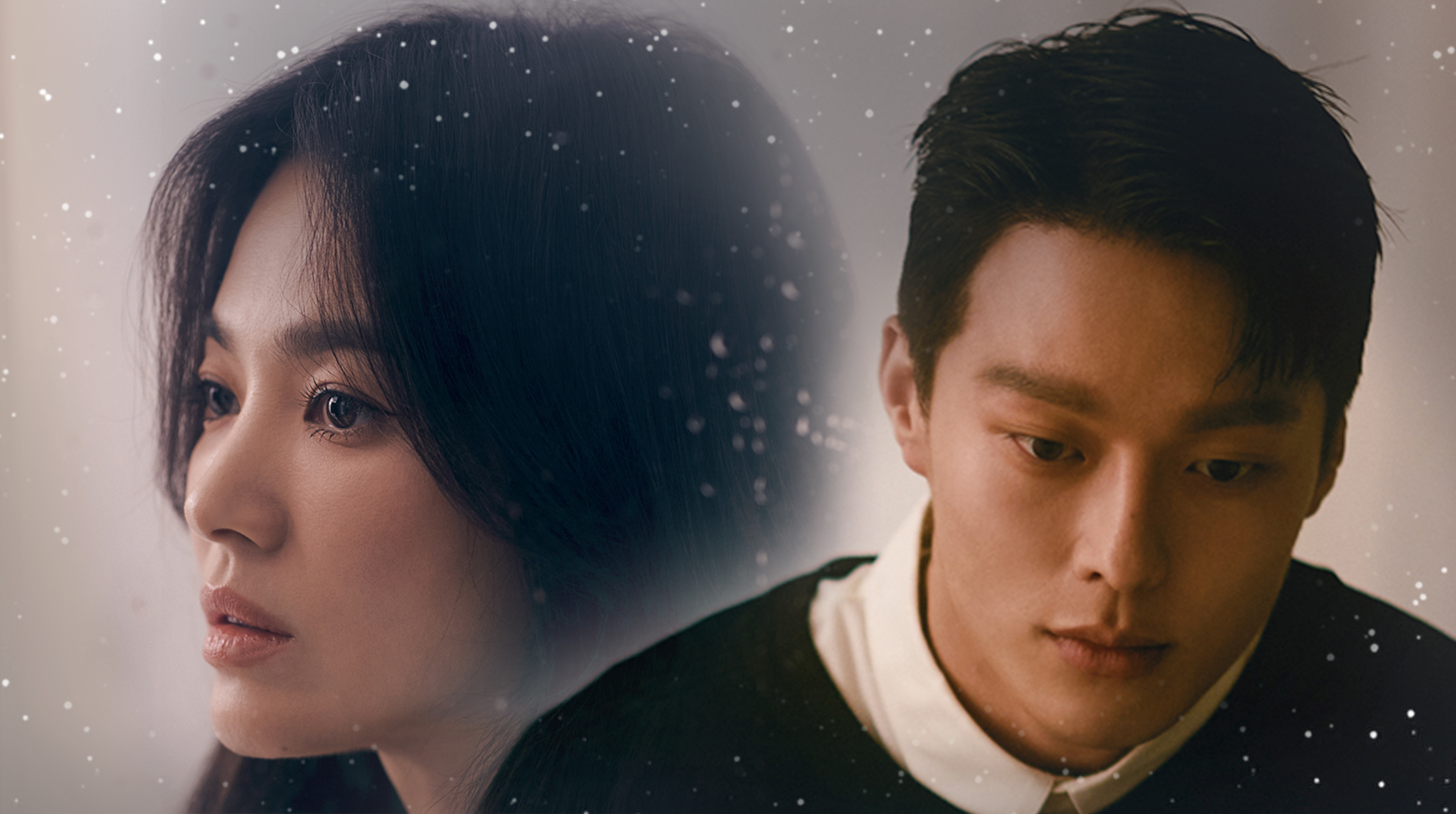 Now, We Are Breaking Up | Rakuten Viki

As the design department’s team leader of one of the nation’s top fashion companies, Ha Young Eun (Song Hye Kyo) has made quite a name for herself in the fashion industry. Beautiful, trendy, and intelligent, Young Eun loves her work and she’s good at...

@my_happy_place: correction like you said before, it’s on PRIME but since I always log in to NTFX I thought it was on Netflix. GREAT SERIES> the waiting is painfully long, but so worth it!

the waiting is painfully long

Agreed. I’m no good at waiting. Especially for shows that leave you on the edge of your seat like that.

The funny thing is, I have read the book series, but I genuinely can’t remember anything about the story other than the characters themselves.

Oriental Odyssey became a hot mess towards the mid-end. I couldn’t finish it.

I watched it for Janice Wu. Not her best project but it does show how she improved since then. 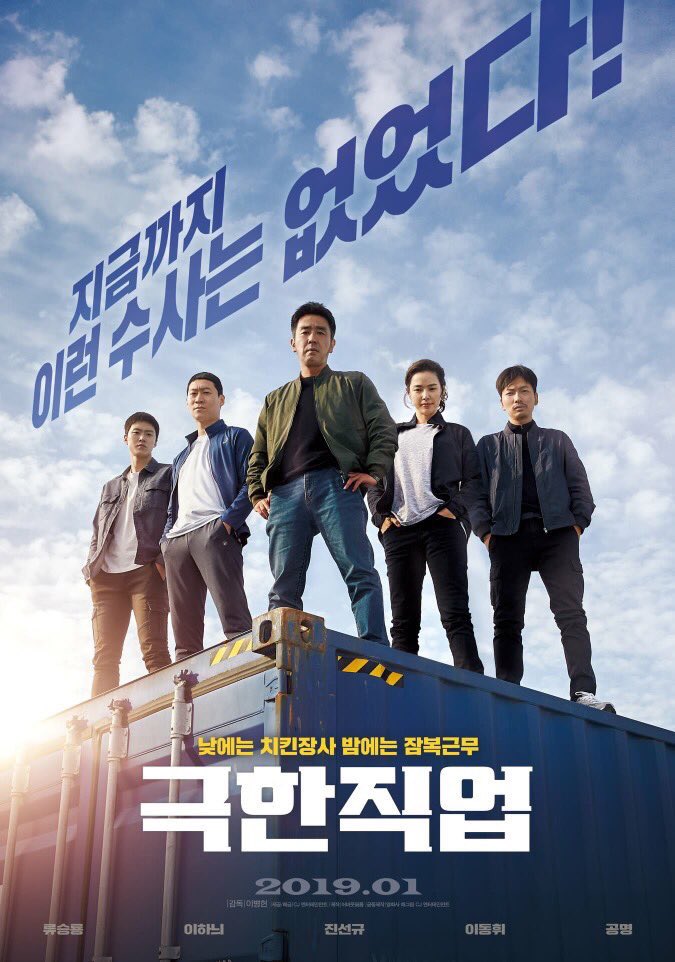 
Overall, it’s better than the Chinese remake, but there were some parts I liked more in the Chinese one(Lobster Cop). The cast was wonderful… Honey Lee, Gong Myung, and Lee Dong Hwi are hilarious together. And I loved Oh Jung Se as a drug overlord

Nice action scenes, but some went on for too long, IMO.

8.5/10 recommend for an action filler-type movie. It’s very funny, but there’s lots of cursing, so probably not the best thing for a family night.

I planned on watching that later

This one’s also really good… better than Extreme Job, IMO… I gave it a 9 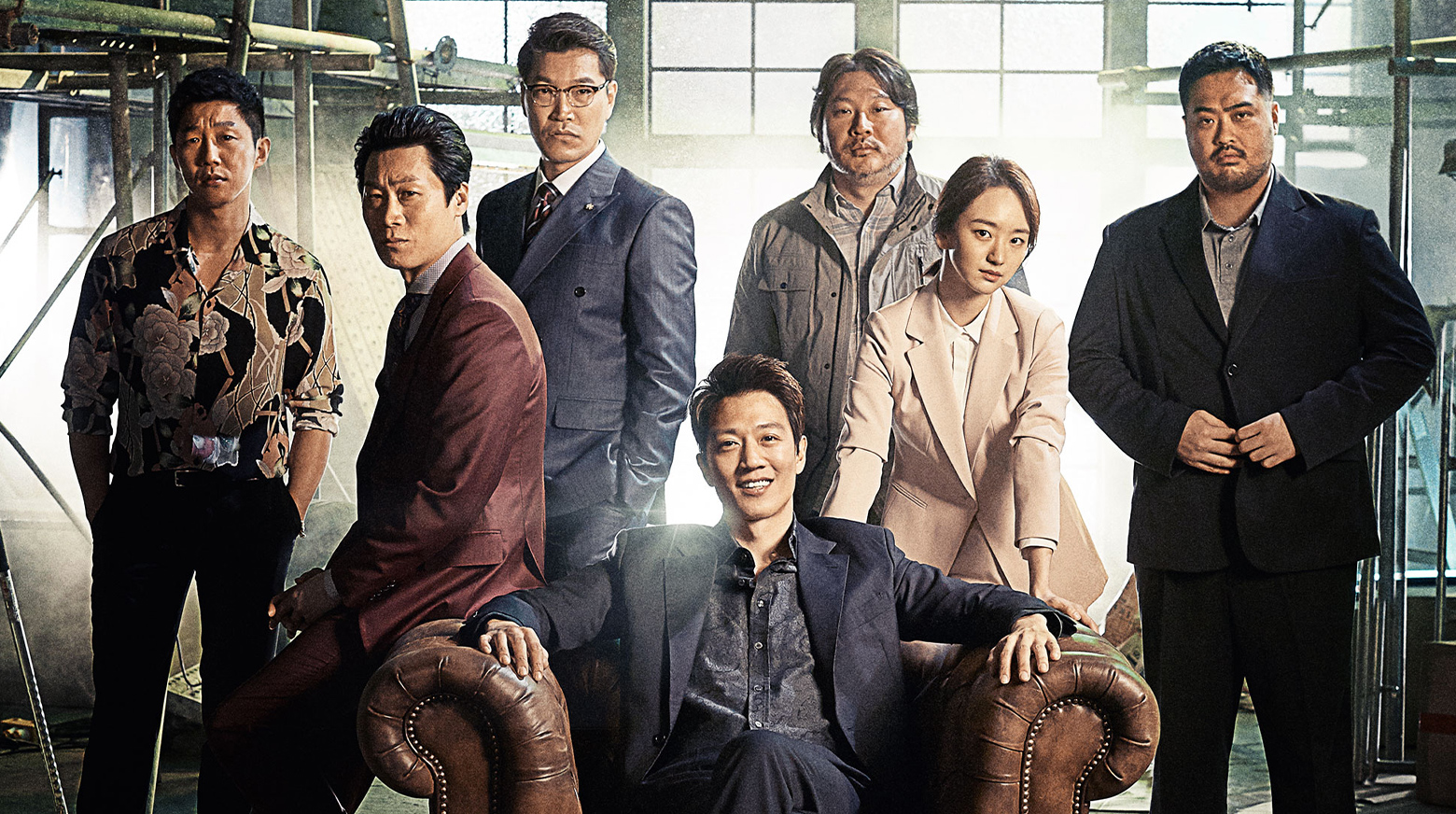 In a movie based on a popular web-based series, mob chief Jang Se Chool (Kim Rae Won) lives in the South Korean city of Mokpo, where he earns a living by bullying residents and business owners. But when he meets lawyer Kang So Hyun (Won Jin Ah), his...


Kim Rae Won is a really handsome actor! Some of the nicest gangsters ever

Yeah, he has such a nice smile 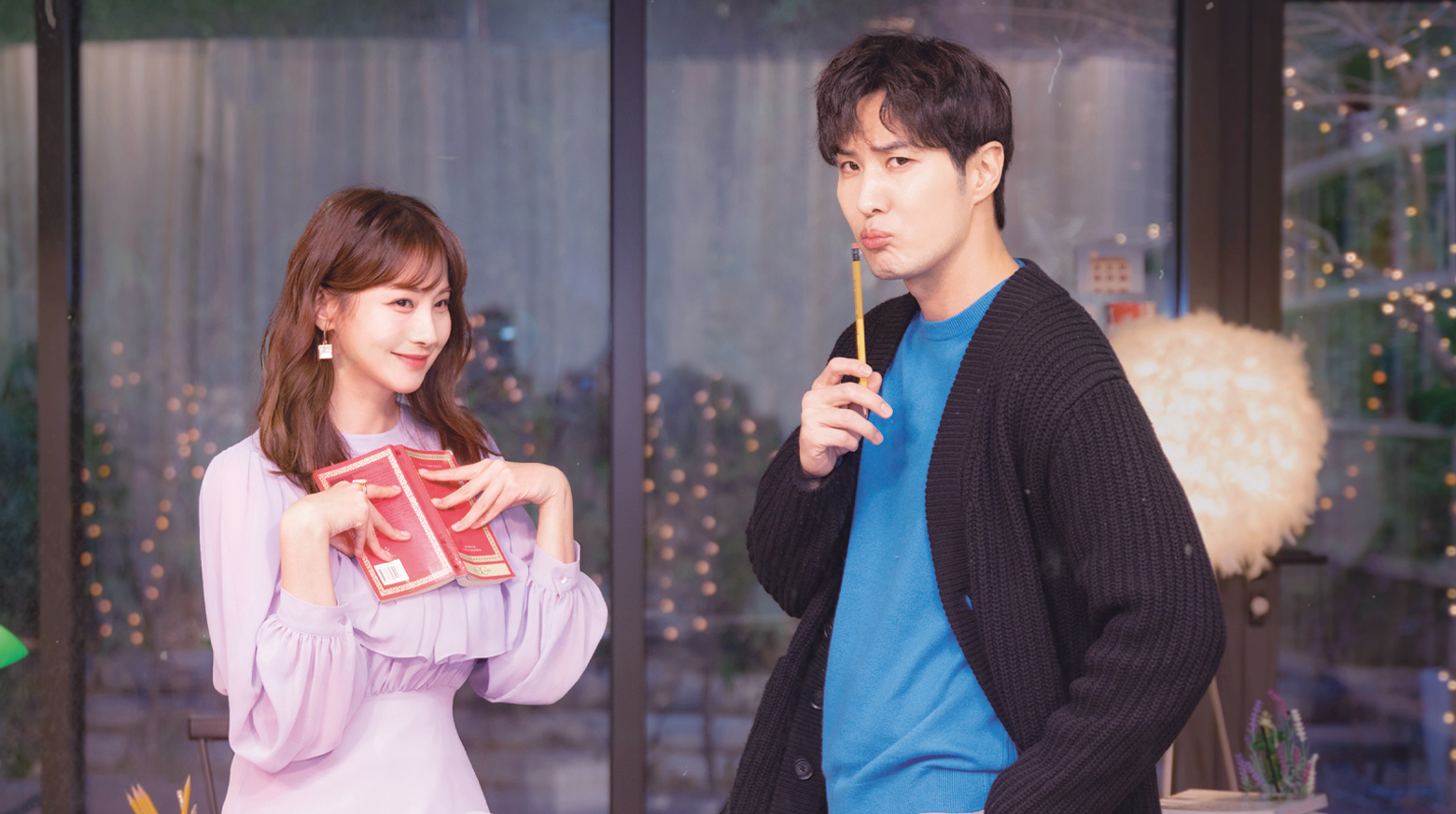 If you’ve ever wondered what it takes to develop the story of a web drama romance, you’re about to find out as two teams of celebrities face off in a competition like no other! Perfect strangers, Jung Je Won and Kang Han Na must come together as one...

I rarely watch variety shows, but since I like the theme about creative writing … This one picked up my interest. In the past I took up a lot of creative writing workshops since it isn’t possible for several reasons, not only that V-thing, so it is a nice change. Somehow I can’t hurry through it, like in the past I took the workshops once a week or once every two weeks. It somehow gives me a bit of “itching fingers” as we say in German, don’t know if there is an equal English quote. Let me know.

I think it is funny to see actors debate about cliché and kissing scenes, or even the plot …
If you want to try something different. I just needed a drama break, so this came at the right time for me.

yeah I have also started the wheel of time as well

So after watching the latest episode of Happiness, I’m trying my best to watch River Where the Moon Rises . But as usual I still can’t get into period / historical / costume dramas. That and the whole memory loss plotlines just aren’t sitting with me.
sigh
Any suggestions on new material to watch in between episodes of Happiness?

Have you watched SEARCH!!! So good!

I’m curious to At a Distance, Spring is Green, because you’ve been promoting this show.

During a watch party I saw the first eight episodes of An Incurable Case of Love, but I hadn’t finished watching it (10 episodes are available). During the watch party I was reading the chat and also finishing some chores, so I missed some parts, like (when the FL discovers the woman next door is his sister), so last week I rewatched the show and now I’ve seen the whole show including the last two episodes. 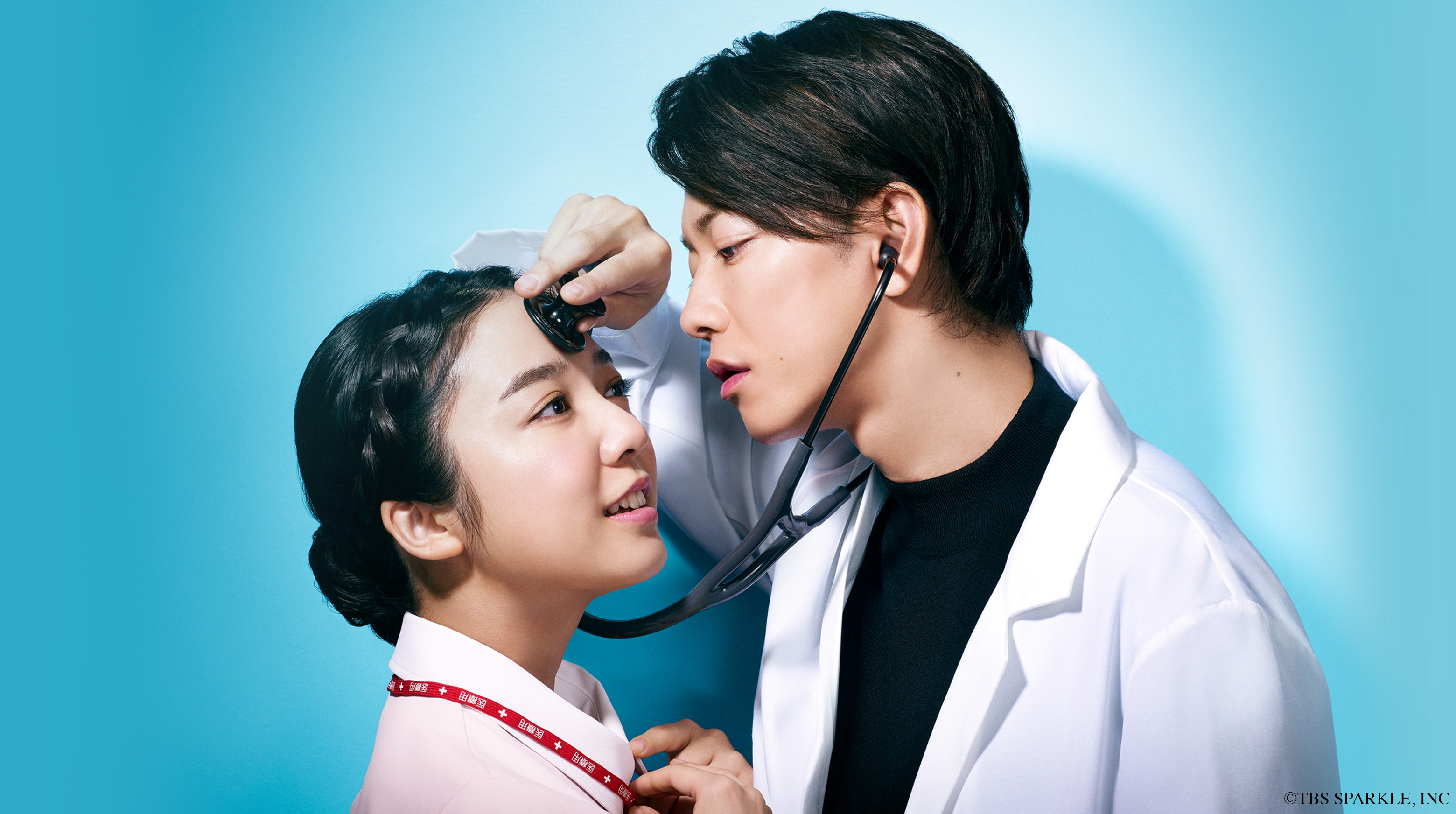 Five years ago, Sakura Nanase (Mone Kamishiraishi) was one of a number of witnesses who watched as a handsome young doctor stepped in at the last minute to save the life of a stranger. Enamored as much by his charm as she was by his professional...

Yesterday, I’ve finished watching They Kiss Again. I’ve been postponing the last two episodes, because the show is so cute and I didn’t want the show to end, but now I wanted to clear my watch list and also I wanted to watch the ending before I would forget what was happening in the last episodes. It’s an old show, but I’m glad I could watch it (not on Viki though). I expected you would see her old friends in the last show, but this didn’t happen, but still it was a good and fitting ending.

The shows I’m currently watching are: 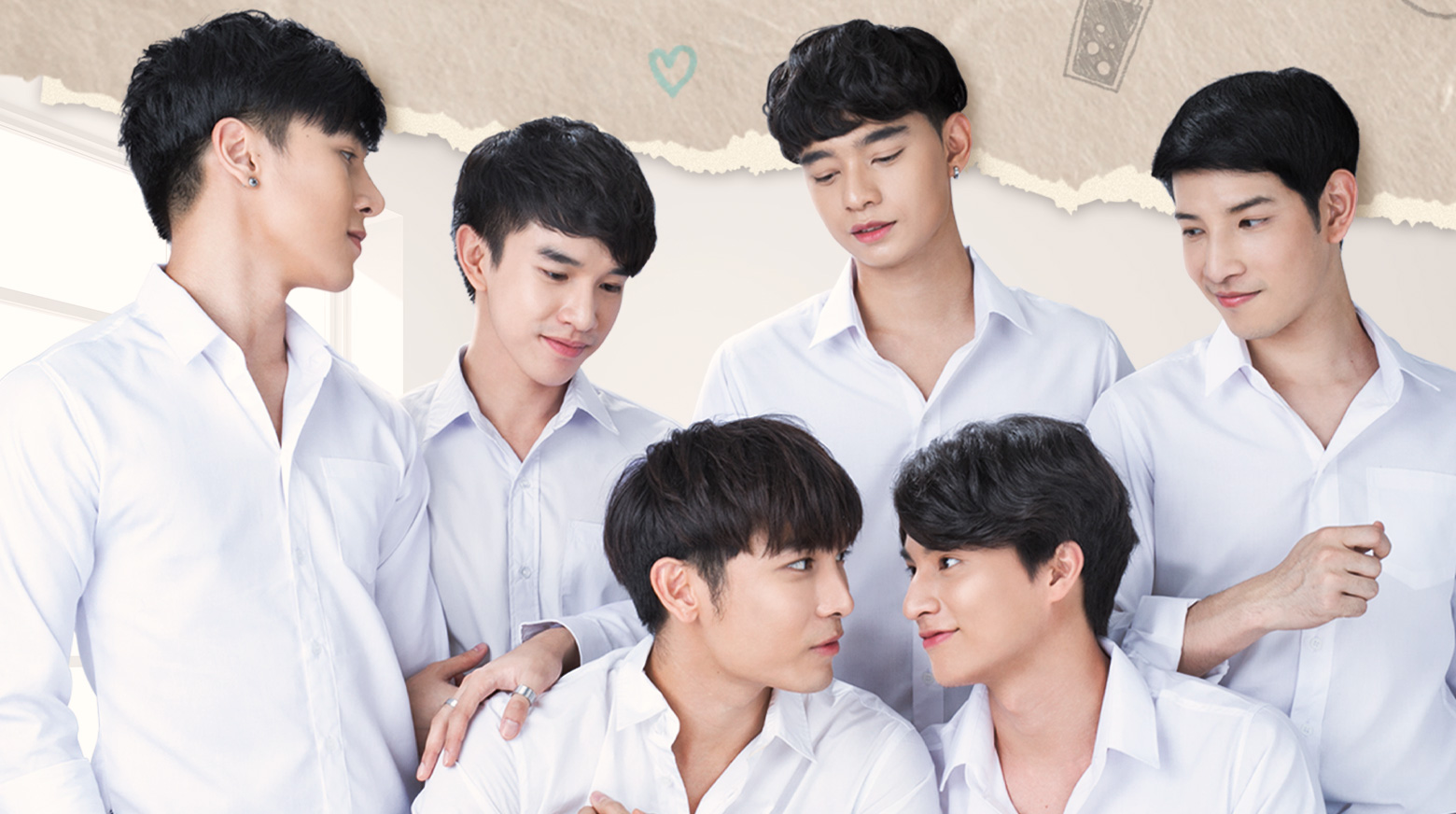 A victim of childhood molestation, Type Thiwat (Kanawut Traipipattanapong) has some very intense feelings when it comes to other men. Having turned his hatred for his molester into a generalized hatred of all members of the LGBTQIA+ community, Type...