I came to this drama with zero expectations. I never watch anything older than 2010, and this is from 2005! I was actually curious because Playful Kiss/Mischievous Kiss had such terrible reviews, so I wanted to see just how bad the story was. At the same time, I didn’t want to waste time, so I searched around and saw that the Taiwanese version had the best ratings.

Season 1 told of their life from high school to their wedding, and Season 2 deals with what happens after that. For almost all of the 40 eps, the two families live together - FL and her dad with ML, ML’s parents and little brother.

I won’t defend its flaws. The original manga isn’t the best story out there. But there was something so captivating about it. In a nutshell, it’s about a perfect genius popular tsundere guy living aimlessly, and a clumsy, silly-but-sweet girl with set goals - but all of them revolve around him. I braced myself because I knew ML was going to be a meanie and FL wasn’t going to have a life outside him.

The thing is… he wasn’t as mean as I expected. I’d read Playful Kiss reviews talking about how extremely toxic and unbearable it was, but he was definitely not as mean as the ML in Secret Garden. A comment I read gave all the credit to the TW version’s actor, Joseph Cheng. I haven’t watched the other versions, but I agree with everything the writer says about the TW version’s character.

Definitely. I loved his micro-expressions. They drew me away from the words he was saying, and made me think about what was going on in his head. He was definitely not a stiff, carved-from-stone character - since there are 40 eps, you slowly learn to see the differences in his expression even when the words are the same - when he’s actually serious, when he’s feeling awkward or shy or hurting inside, when he’s just playing around and teasing(that’s when his dimple comes out of hiding)… kudos to Joe Cheng, seriously.

Season 1 was nice, but Season 2 was just the cherry on top. It made me feel giddy and silly and just… high

The ML was way more affectionate in this one, and I loved that they developed the characters really well. There was no magical about-turn in their attitudes. They felt like real people trying to adapt to situations and become better people. They didn’t change completely, sometimes they just worked around the other’s weaknesses. I loved that they addressed the issues with the relationship instead of sliding it under the rug.

All in all, I’d say this one of my guilty pleasures. I already feel like re-watching it. I gave Season 1 an 8.0 and Season 2 a 9.5. Season 1 can be a little difficult to get through at times, but it sets the stage for a very satisfying season 2. I usually hate high school dramas, but it was coupled with cohabitation and was somehow not so bad. It had some of the best build-up and kiss scenes I’ve ever seen. The key was in the build-up, and they executed it very well. The romance was sooooooooo good, I could feel the chemistry and their growing love for each other. It made me feel all warm and giddy inside.

Taiwanese dramas in that era was just impeccable. I shall be putting this in my invisible, “to-watch” list. I never thought about watching it since there’s 2 seasons. I didn’t like the attitude of the ML for this saga so I thought I’d never watch 40 episodes of him. Reading your review makes me want to watch it though. I miss the glory of Taiwanese dramas.

I never got to appreciate the glory of Taiwanese dramas. I seem to have a bad impression of them, even though I’ve watched only three and all three are in my top list(Lost Romance and two seasons of this). I did start a few dramas and drop them because they were ridiculous… Any recommendations?

Autumn’s Concerto
Mars
Devil Beside You
Murphy’s Law of Love
Hello Again!
Why Why Love
Bromance

These are personal favs. They are all old but enjoyable. Hopefully something stands out to you. ^-^

Thank you! Lots of dramas to check out now!

my favorites are Lawless Lawyer

I must confess I started watching ‘lawless lawyer’ as well. I know it’s an slightly older drama now, but to be fair, I’m fairly new to the world of Kdrama . I only joined Viki in 2019. I still have a crazy amount of shows I want to watch

I’m committing the cardinal sin of watching it on Netflix, though, because it appeared in my Netflix suggestions and I’m getting annoyed with the various niggles that the continue watching function as on here. Viki really needs to work on the continue watching so that it functions in a similar way to other services.

I’m on episode 9 of She Would Never Know with Rowoon as the ML. It’s been pretty good so far. On another streaming service, sorry. It probably isn’t nice of me to mention a show that isn’t available here like I’m teasing you guys. 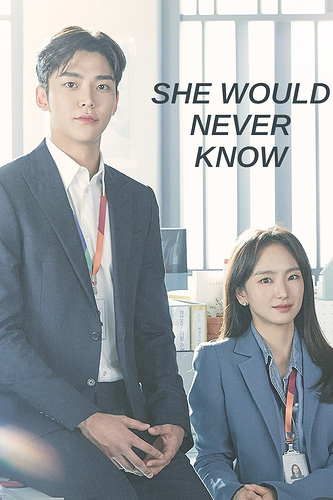 Oh, I didn’t realize these were on youtube! Thanks for sharing!

I was soooo happy when I found out it was on YT! Downloaded the entire S2 so i can watch whenever wherever however

Can someone please tell me what happened at the end of “Liver or Die”? It kind of seemed to end abruptly with the family together and then the door bell ringing. Did I miss something (other than the scene that followed after the credits), but it seemed like something was missing there.

I’m committing the cardinal sin of watching it on Netflix,

I’ve now started watching’ lawless lawyer’ on Viki instead as I discovered how to get the continue watching function to behave itself. It seems the secret is to use Firefox instead of Google Chrome. You’ll probably have the same problems on any browser, which is chromium-based

@stardust2466_546 I’m thinking of watch ‘she would never know’ but I haven’t got round to it yet. Too much stuff to watch too little time

It’s on IQ.com if I remember correctly That’s where we folks in the UK can access it anyway. Not sure about other jurisdictions

I have had problems with the Continue Watching feature since last summer - I have fiddled with my cookies and logging in and out and still can’t get it to save my progress unless I use a tablet or phone to watch. But then if I watch things on eg Netflix, I don’t get timed comments and I end up lonely!! So right now I have ~5 tabs open to different viki dramas I started and am not sure I’ll finish, just because I don’t want to lose my place. #kdramaproblems !

Right now, while waiting for new episodes of Sh**ting Stars, I’m watching the Chinese drama “Love is Sweet” on Amazon Prime. It’s a good drama but I find myself missing timed comments SO MUCH! Especially when the FL makes this awful face whenever she takes a sip of what is supposed to be good wine. It’s a really good one though and I think Viki should pick it up (though maybe it’s available in some other region).

I’m in the U.S. and that’s the service I’m using to watch it. Just a suggestion but in your post, you may wish to blur the website for this service as it may be construed that you are trying to promote it.

I’m currently watching Under My Skin, and Flower of Evil and I’m still watching dramas that are still uploading, like Plus and Minus, First Love, Again. 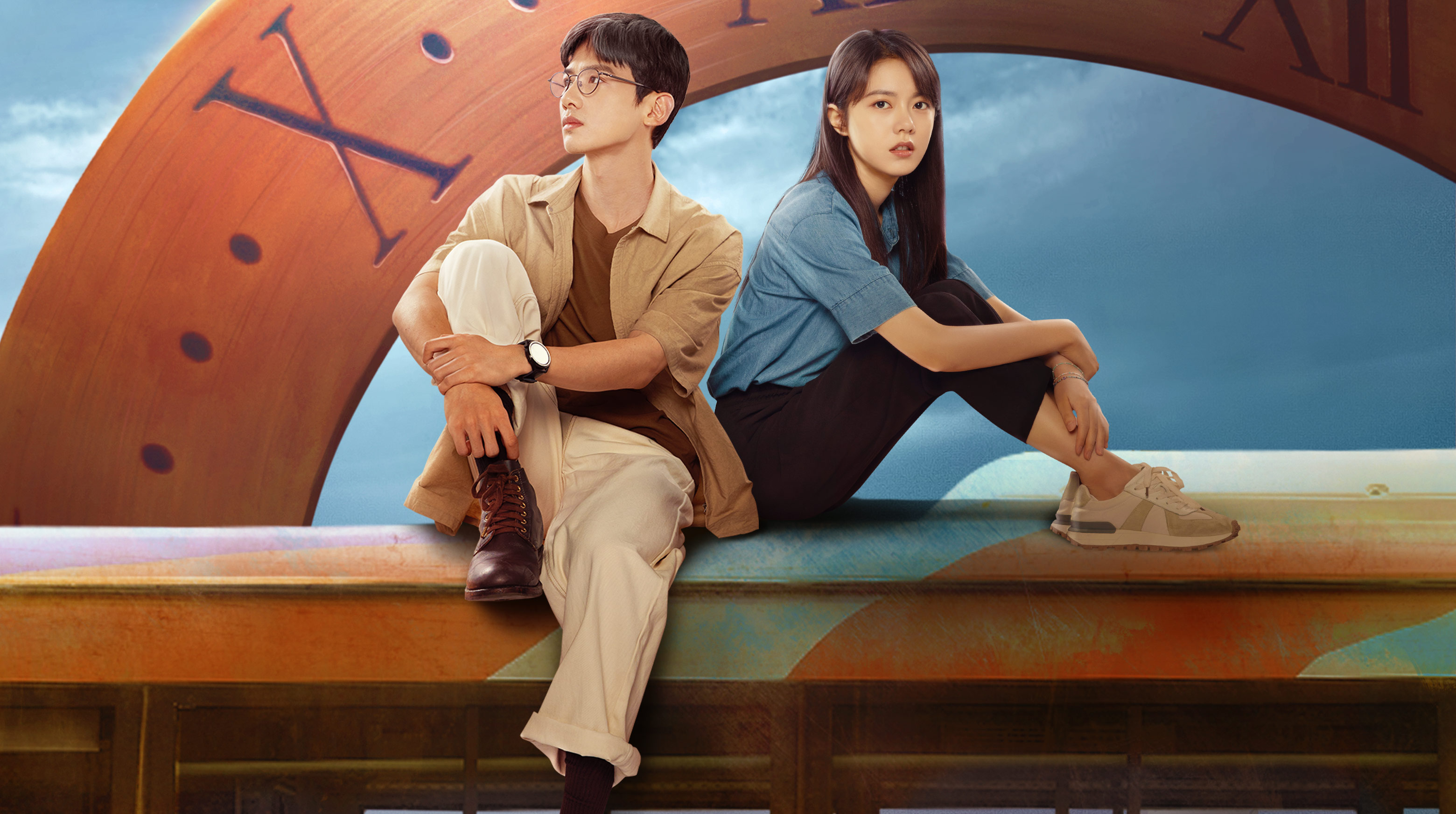 When Li Shi Qing (Zhao Jin Mai) awoke that fateful morning, she had no idea her life was about to change forever. Going about her day as usual, Shi Qing boarded the bus without ever giving her actions a second thought. But when the bus she was on was...


Bai jing Ting is one of my favorite Chinese actors, so I watch anything he’s in. I really liked the plot… its the second time feeling such thrills(though FOE still remains at the top when it comes to thrills, IMO).

In my observation, there are two broad categories of modern cdramas - the brightly colored, airbrushed, hyper-fluffy romcoms and the raw, high budget, realistic, gritty kind(stuff like Under the Skin and The Bond). I love both, depending on my mood, though I gravitate towards Category 1 most of the time. Category 2 takes a lot out of me when i watch.

Reset falls in Category 2. It’s a seriously good time loop drama. I had my heart in my mouth most of the time, regularly forgetting to breathe, feeling like I’m right there with the characters. They inserted just enough romance and comedy - very subtle - enough to make the drama feel complete while also not shifting the main focus. The main leads were amazing, and the villain… oh my goodness she was sooo good at making me hate her. Literally evil, even with the back story.

9/10. Recommended when you want to watch something gripping in between fluff shots lol

I agree that Reset was really good. Well written, well filmed, well acted, and unlike so many Cdramas it was well paced and just the right length. An enjoyable and thrilling ride all around.

@oriya I DIDNT MEAN TO REPLY TO YOU IM SORRY

it may be construed that you are trying to promote it.

I can see how it might be viewed that way. It has been altered so that it’s blurred out. The forum created the hyperlink on its own though all I did was type the text . Thanks for pointing it out @stardust2466_546

now I know that the forum software does that I can be a bit more careful most forum software will only do that if you type a full web address starting with www.

I just got finished watching Twenty and it was so stupid it’ll make you laugh. I’ll def recommend it to people who like a goofy laugh every now and then.