Yes! We all rejoice when Mr. Gu flashes his dimples! It’s like a treat after watching the mundane scenes of MLN.

everything related to the ML in Flower of Evil is a spoiler!

This is a future watch for sure. You’ve convinced me to watch it for LJG.

I feel like people don’t get enough praise for them when they are really good at it .

I appreciate the actors/actresses that can get it down pat. The ones that can, have an attractive charm even if they’re just leaning back in a chair.

I think people don’t want to spend time understanding a character who is just inherently different. They have their ideal male lead in their head, and compare all other male leads to that standard. Especially when it comes to romance, they want the ML to be a dream guy who does everything they want him to do, showering love and affection in the way they think it should be expressed.

Or maybe we’re just so caught up with reading subtitles and paying attention to the dialogue that we fail to see the microexpressions and actions of characters, and so we misunderstand. I honestly felt so cut to the heart when the ML in TKA says “I don’t think she understands just how much I love her.” That’s what made me rewatch the whole thing with an open mind. Im not saying it’s a perfect story with an ideal relationship, because it’s not. I’m just glad for the parts of the story that were deep and realistically done. The ML’s character growth was fantastic, for a light romcom from 2007.

Im glad I’m slowly starting to depend less and less on Korean subs. I have time to observe the screen. Or I just rewind and focus on the characters instead of the dialogue. Park Hae Jin in From Now On, Showtime! is another example, though his character is lighter than the ones mentioned above. I see everyone commenting on how he is a self-centered people hating loner, because that is what he says he is. But it’s so plainly obvious that he isn’t. I’ve watched enough romcoms with self-centered MLs. This guy just shouts out loud that he hates people but his actions speak otherwise. He isn’t a loner at all. I’m sure he wouldn’t be able to survive without his ghost buddies next to him. The FL isn’t “changing him” into a “better person who cares for people.” She’s just forcing him to face his fears. When she forcibly makes him face people in difficulty, he handles their problems well on his own, with empathy, kindness and generosity.

I discovered him in my early days of Viki at East of Eden, where he has a scene with a mental breakdown and oh boy …
Since then I at least try to watch his projects, not always working.

I haven’t watched any of previous works and don’t really plan on doing so, because most of them don’t have good reviews and ratings. A lot of people have a negative opinion of him because of his Cheese in the Trap character, so I’m definitely not watching that. I actually started watching FNOS for the FL, Jin Ki Joo. Park Hae Jin surprised me. He’s really, really good… had another mental breakdown after I found out he was 39

My list of ahjussi loves is just getting longer and longer

His physical comedy, dialogue delivery and chemistry with JKJ and the rest of the cast is just so GOOD. The type who makes a fool of himself while still being totally cool and classy

I haven’t watched any of previous works

No, worries … East of Eden was quite the rollercoaster for my emotions, since they turned the character of the ML pretty much around and well it didn’t feel that good, at least to me. There was much drama in there, and it probably will look outdated. As for his other works, there were those I couldn’t stand and dropped, or even didn’t dare to touch - like Doctor Stranger and Cheese in a Trap. Others I watched, but his role was not that big like My Daughter Seo Young or My Love From the Stars, many others no access. So Forest is the only one I got to finish.
On air watching isn’t good for my piece of mind either, but starting next week I might get weak …

It is such a treat when I find an actor/actress who can communicate volumes without using words. As you pointed out, having to rely on subs makes it harder to spot, but I feel like I’ve gotten so much better at visualizing the whole screen even while reading the subs, so I don’t miss too much, and I am never afraid to rewind and rewatch just to see what the actors are doing, especially if I feel like a specific scene is really important.

This one isn’t available yet, but I am planning to watch it. From the trailer it seems it might have quite a bit to it. I know quite a lot of people have been waiting for it to become available, because it’s been delayed the show. I’m talking about is of course… 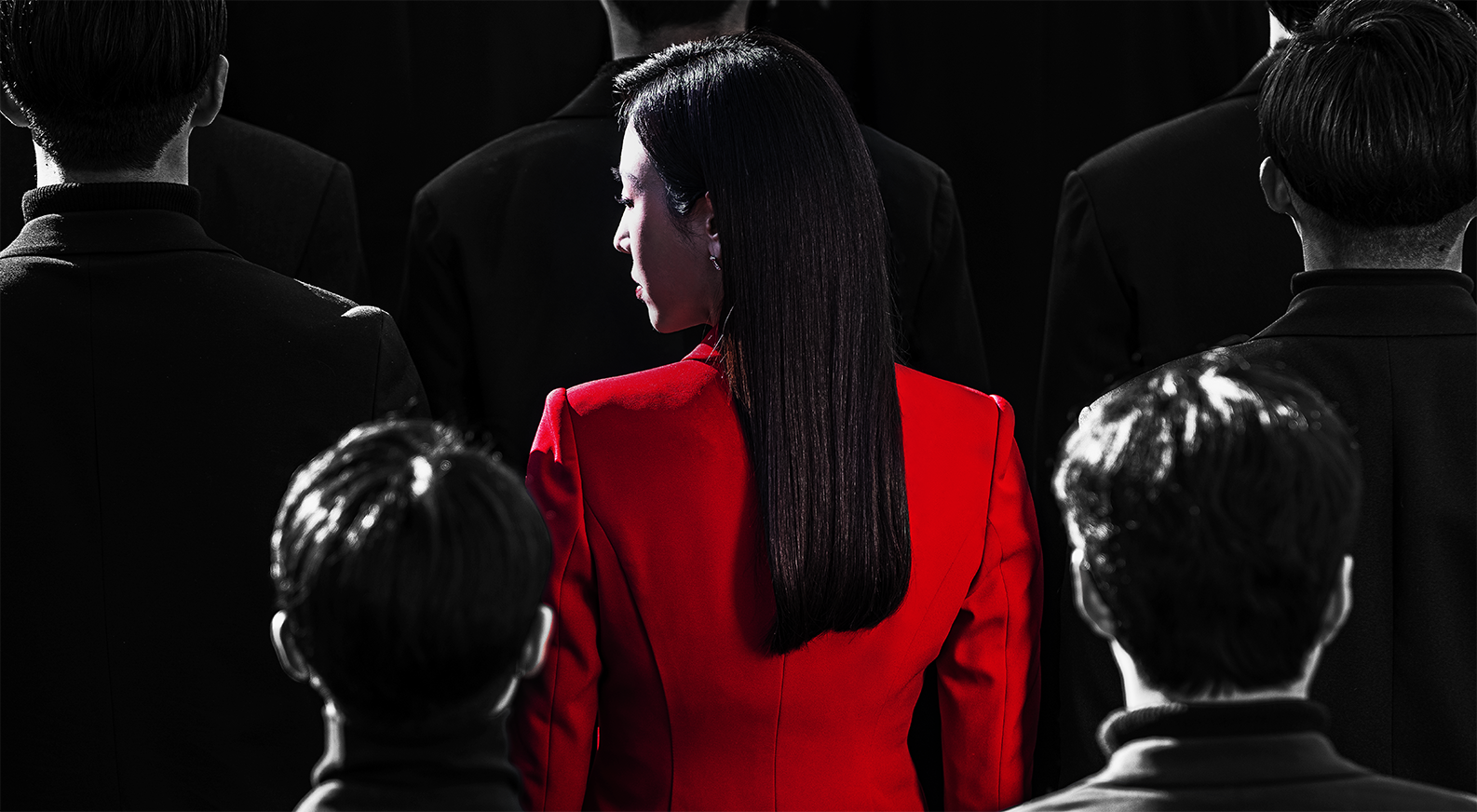 Why Her? | Korea | Drama | Watch with English Subtitles & More ✔️

The youngest partner at one of the nation’s most prestigious law offices, Oh Soo Jae (Seo Hyun Jin) has already proven she has what it takes to be one of the country’s best lawyers. Driven by her self-righteous principles and a never-ending desire to...

The first episode should be available in 24 days time, according to the system

Oops, yes I did watch My Love from the Star, but I have selective amnesia - I have literally ZERO memory of seeing him there, so it’s like I haven’t seen him at all

I really can’t believe that I’ve wiped the whole drama completely out of my mind… I remember not liking it, but I didn’t expect my brain to just forget it

Of course, I am a fan of Wookie anyway. this was so different, and would you believe a musical, Wookie sings!! anyway, a 10 for this drama sorry, watched it on NF, and you definitely won’t be disappointed at the ending, oh DON’T fast forward at the end, yeah I almost missed it! fantastic is all I can say! y’all will enjoy it

Thanks for the recommendation! I started this one, got about halfway through the first episode, and couldn’t figure out what the heck I was watching. Sounds like it’s worth sticking with! So far the musical aspect in what seems like a fairly dark drama–kind of Heirs-esque, with the high school bullying/money issues aspect–is just totally throwing me off.

Right now I’m watching Sh**ting Stars as it comes out, so is everybody else on earth from the looks of all the subtitle complaining within 3 hours of it posting… and powering through Master of My Own. This is a C-drama with 7 Tan and Lin Gengxin (from “My Bargain Queen”). So far the ML is really over the top odiously written, but the acting is great. It’s a slower paced drama but I’m enjoying it so far, though they really need to redeem the ML quickly because he’s snipey and just mean even halfway through the drama. Like, not misunderstanding mean when they seem mean but they’re really helping the FL, but he says things that are just flat out nasty.

Still, I’m a big fan of everything 7 Tan does and there could just be a drama in which she cleans her house and I would watch it.

musical aspect in what seems like a fairly dark drama–kind of Heirs-esque, with the high school bullying/money issues aspect–is just totally throwing me off.

Thanks for the review. I’ve been trying to find reviews comparing SOM to FNOS because I really really like FNOS, but I guess SOM isn’t my genre.

brick out, do stick with it**, you really won’t be disappointed**, yeah music, bullying and all!! not really a dark drama, its more mystery than anything. and if you are disappointed you can hit me with a damp noodle!!!

Please update when the series progresses further if you don’t mind. I’ve only seen snippets here and there and it seems entertaining. I’ve heard about the American show but never tuned in or know anything about it.

I mostly want to know if there’s a HEA where she ends up with someone. That way I’m not rooting for the wrong guy. LOL

Acc to various sources, Sung Hoon is the ML(the one who got her pregnant)

Edit: however, the original has more than two seasons and she pings back and forth with the two guys until the end of S2, where she marries her longtime boyfriend.

Since Woori the Virgin seems to be a single season show, we’ll have to see how SK remakes it.

That is correct. The pregnancy is the result of a mistaken/bungled AI procedure.

we’ll have to see how SK remakes it.

Oh ok. I’ll wait and see how they wrap this up. I’m not in a hurry to watch it. I’m a fan of Im Soo Hyang. I mainly want to watch this for her.