oh wow! another I gotta watch!!

Oh cool… lets hope the plot remains strong and I can enjoy it soon! I know I’m going to experience severe withdrawal after From Now On, Showtime! ends

me too! the withdrawals that is

Thanks for the recommendation , " Why Her " is part of my favorite movie typology, so thanks

yeaaaaaaaaa I am watching this one, I must say 3rd time to watch, it is funny as well, watched it on Amazon prime, and requested it here, and now watching it so pleased!! ( miss truth)

i just started watching shitting stars and omg i am obsessed with it its so cheerful, literally lifted my mood

Finally finished ‘Tomorrow’. It is an excellent drama. I’m sure going to miss this reaper team. 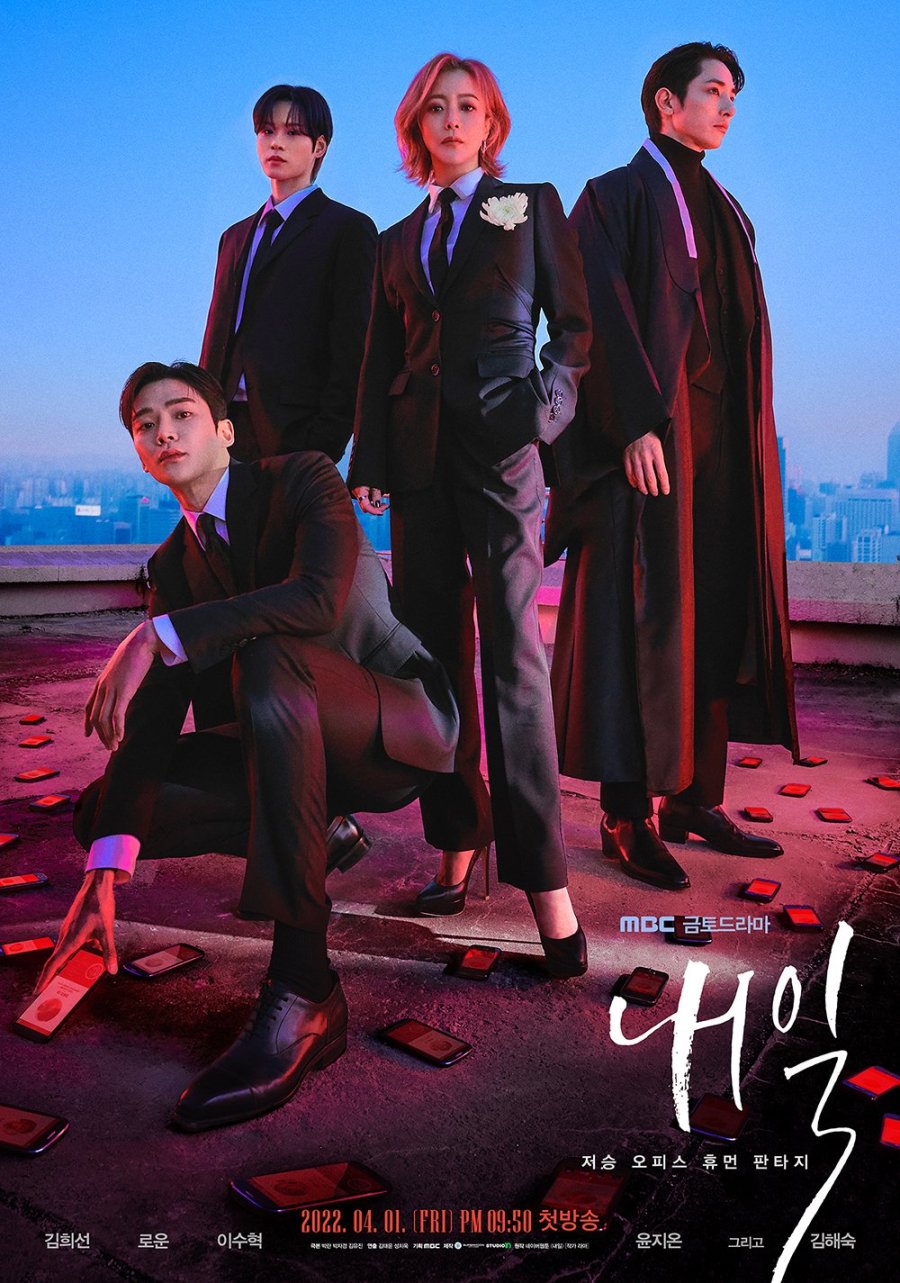 Choi Joon Woong seeks a job, but it's hard for him to get hired. One night, he witnesses a man trying to end his life and decides to stop him. He gets...

I loved it as well, a few of the episodes were definitely tear-jerkers!! nope not gonna tell. don’t want to give stuff away.

Kinnporche, I got it! the first episode , turned me off, but I will watch more of it. Vincenzo type drama??? yes I am hesitant about it

so I thought that Doctor lawyer would be on here, or am I asking too soon about it?

And I didn’t recommend it now, it starts going down from the eps 17 or 18 and never climbs up again.
It was really bad to me, and the ending was really really bad, I don’t even understand what happens there. 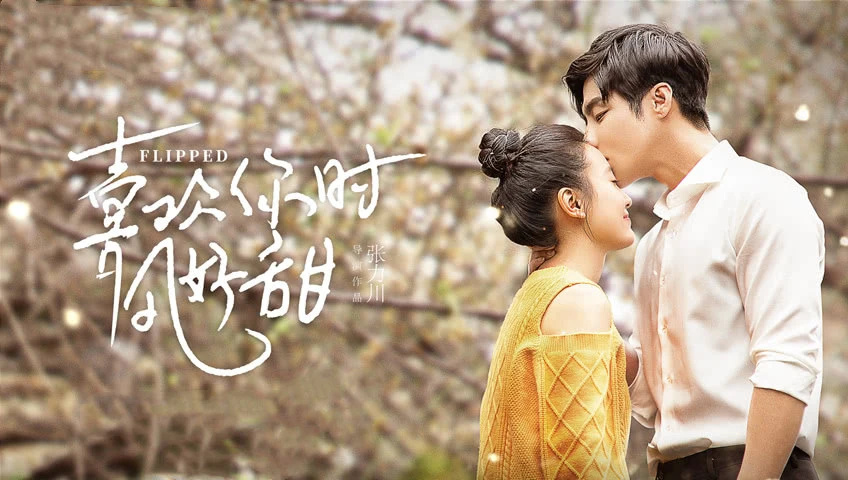 It was pretty weird but it was good, I enjoyed the weirdness and all the creepy details they added lol 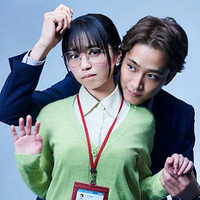 Just started:
You are my spring
So far it’s good, but let’s see 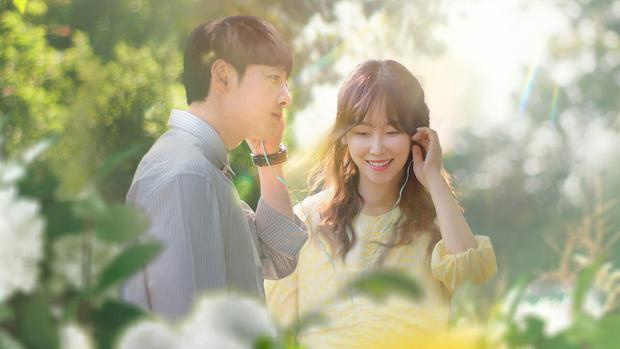 I feel like this actress is always a good choice, let’s see this time.

I enjoyed ‘You Are My Spring’. I hope you do too. You’re right about that actress, I think she is quietly among my favorites, meaning I sometimes forget about her, but I really love most of her roles.

I think she is quietly among my favorites

She’s my favorite too, I’m not a super fan but I have never been disappointed when I choose one of her shows.

Kinnporche, I got it! the first episode , turned me off, but I will watch more of it. Vincenzo type drama??? yes I am hesitant about it…so I thought that Doctor lawyer would be on here, or am I asking too soon about it?

, the only resemblance between “KinnPorsche” and “Vincenzo” is that the action is inspired by the mafia world , but the difference is big between them … starting from the recommended age for watching

…
You made me curious

about the “Doctor Lawyer” series … even though it started airing on June 3rd. …
Thanks 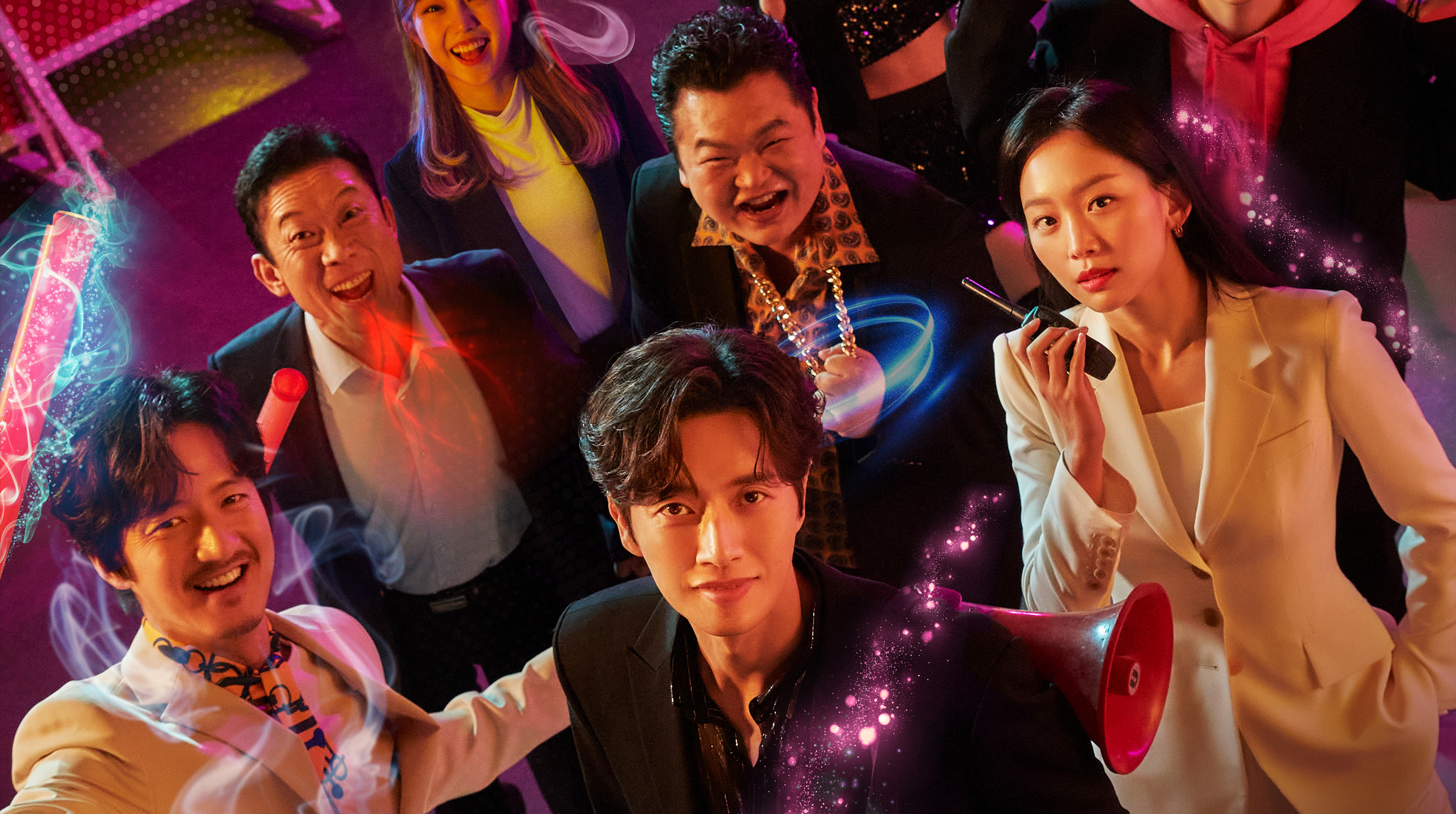 
So sad that this is over! It was a wonderful ride from start to finish

It was a nice blend of genres and the cast were just amazing. A lot of them had to play double roles and they all played them to perfection. Park Hae Jin and Jin Ki Joo had such beautiful, natural, adorable chemistry. Everyone’s dialogues just bounced off each other so smoothly. Though there were a lot of times I teared up or felt my heart drop, the show as a whole kept a relatively light mood throughout. The comedy was executed wonderfully, and the writer trolled us to the very end. I love how they explore all the main cast members’ stories, not just focusing on the leads.

One of the best endings in Kdramaland. It was all I could ask for, even though I was pretty scared at first, because they decided to do a LOT in the final episode. Whatever small weaknesses in the plot were adequately covered up by stunning performances from everyone, villains included. It was like they were born, tailor-made, for their roles. 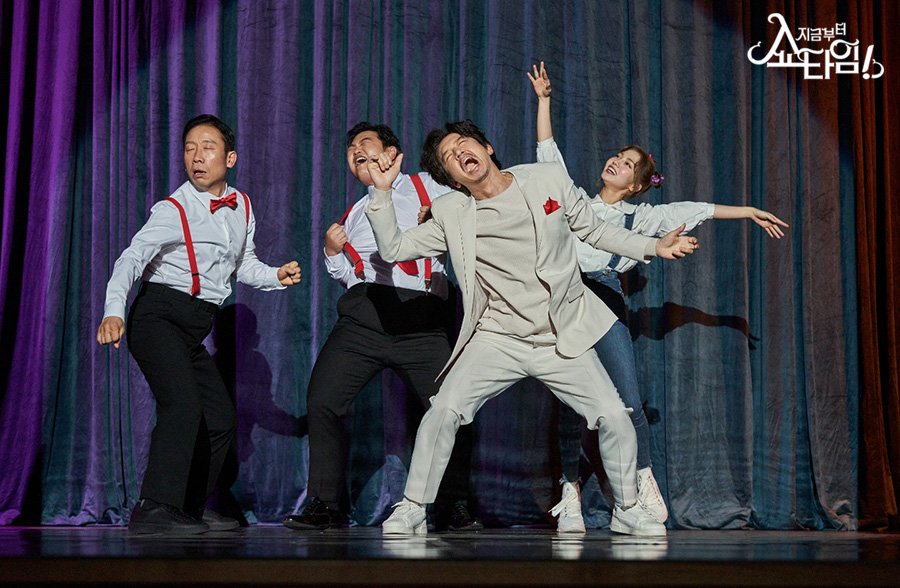 I loved ML’s personality, even though they seemed to soften him up a little too much in the later eps… but he gets back on track after some time. He’s prickly and sooooo dramatic with life… he’s not really a full-blown antisocial tsundere, though. He always loved his employees like they were family- a hilarious, dysfunctional family, but a found family nonetheless. Park Hae Jin did soooo well with everything- the fight scenes, the cool, elegant scenes, and the big adorable baby scenes. He reminded me a little of Noh Ji Wook in Suspicious Partner - throwing tantrums and pretending to hate everyone, but anyone can see through him like glass. He was, by nature, too kindhearted and loving to let people suffer. It was nice seeing him grow through everything. One thing that sets him apart from other tsundere MLs was that he never chose his pride over his relationships. He was always willing to set aside his pride to sacrifice for the people around him, even though he ran around pretending to be a big dramatic ass. 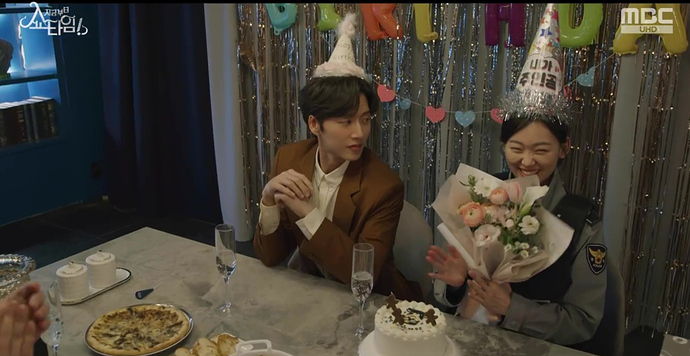 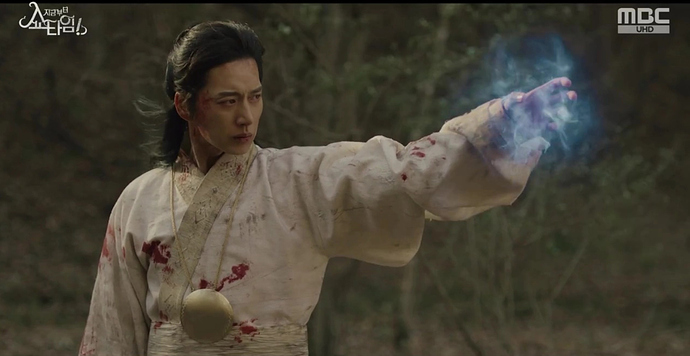 image.jpg1587×820 247 KB
Jin Ki Joo was awesome as the FL. Strong, kindhearted, and on fire for justice, a pure soul who totally deserved the Seven Star Channel she had. A professional, levelheaded badass at work, and an adorable sweetheart when off duty. I liked how she spoke her mind and took a stand even when it wouldn’t have been wrong to look the other way. She always said what had to be said saving us all a lot of time. Her fatal flaw was her impulsiveness… and it was nice to see her grow. She was such a ride -or-die kinda person.
Apparently, this is her first action drama, but she really gave it her all. There were a lt of stunts she did herself after lots of practice. 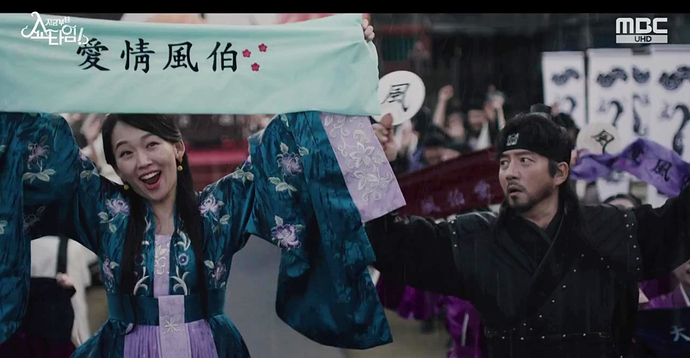 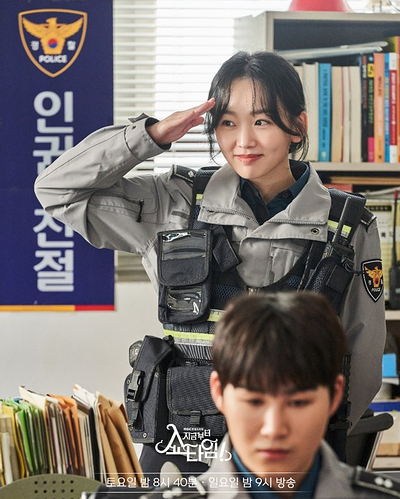 image.jpg634×792 201 KB
The main couple was the literal definition of Dumb and Dumber when they were together 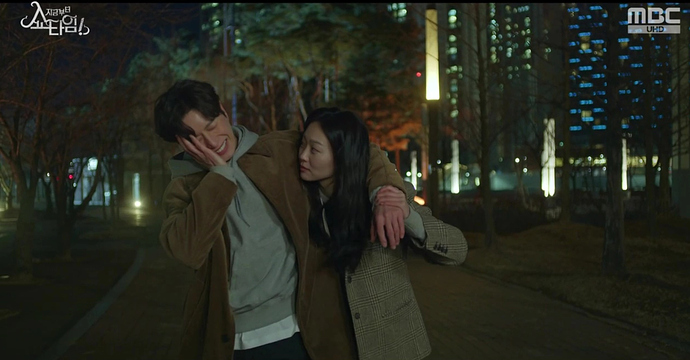 The cinematography was beautiful, and I loved the past-life historical arc. The Silla Dynasty clothes and sets were sooooo pretty… makes me wish to see Jin Ki Joo and Park Hae Jin in other historical dramas. I’m going to have a hard time replacing my beloved Showtime. 🥲

Recommended for those who liked the mixed-genre and romantic-comedy style of slightly older kdramas. The best thing to keep you entertained without too many dark or heavy scenes. It’s full of heart and happiness.

Miss Truth caused me to have SML syndrome so badly. Her potential future husband (you know, the parental agreement marriage thing) was so HOT!! And he usually showed up when she got in a bind. Sigh…

If I like a show, I’m a binger. This was the case with Flipped, the series. You are absolutely correct. The interaction between the ML and the SML in the first half of ep 10 was hilarious! I was LOLing at the ML brushing his teeth afterwards. Thanks for clueing me in on where to watch it. BTW, the kisses got hotter as the series went along. I thought it was a pretty good show although some may be turned off by the unusual theme. He’s an esper (who can teleport), she’s a healer (for espers), and the SML is a guardian (for the healers).

The interaction between the ML and the SML in the first half of ep 10 was hilarious!

I really enjoyed this part, it was so good.

the kisses got hotter as the series went along.

I loved this, cause you can see how the relationship grows and change.

I thought it was a pretty good show although some may be turned off by the unusual theme (He’s an esper who can teleport), she’s a healer (for espers), and the SML is a guardian (for the healers)).

Actually I loved this, what I didn’t like was the final episodes.

yes, I am finishing up the last episode today, this one was so good!!

I watched Miss Truth on Amazon prime, now re watching, boy I feel like I have missed a bunch of episodes, don’t remember some of them!!

I know one thing this was the weirdesd ending of a drama I have ever seen, awwww just different, but it was still good

Haven’t seen Dine With Love get much attention yet, but I’m really enjoying it so far, 2 episodes in. Lighthearted but fun and while the ML pulls in with a whole truckful of his tsundere nonsense, he is at least quickly shown to be (mostly) a kind/decent person at heart.

It seems like a mix of office and kitchen romance so far, with a Chinese drama circle of friends. It’s kind of a mishmash of elements you’ve seen before, but feels fresh so far. ML is the 2ML from “Love is Sweet.”